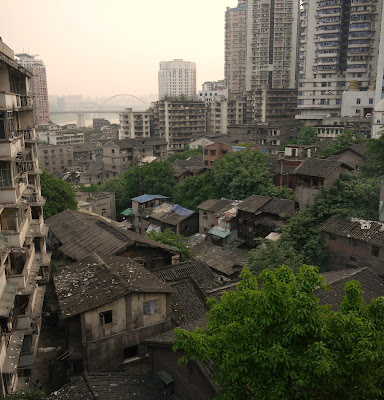 In Chongqing, I stayed in a small hostel in the old part of the city. Although today this part of the town is surrounded by high skyscrapers, one could still get an impression of how the old Chongqing might have looked like in earlier times. 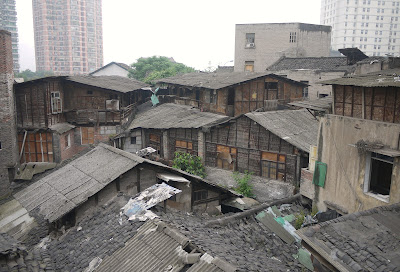 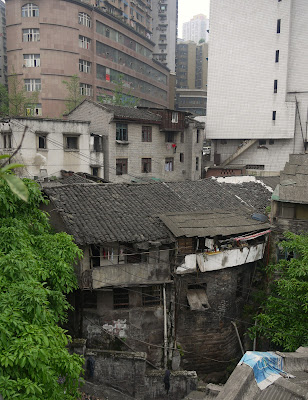 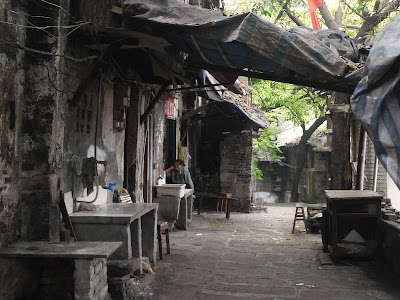 Just outside the hostel, the streets were bustling with people, and there was a lively market. 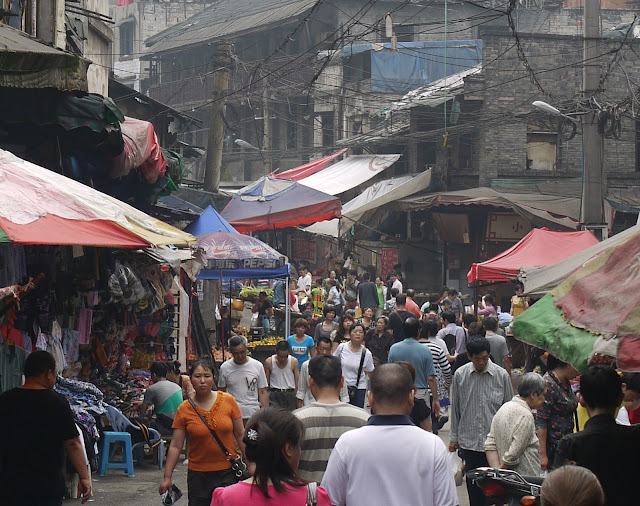 As Chongqing is a town at the confluence of two rivers, a lot of fish was on offer. Stands selling yellow eel were especially abundant. 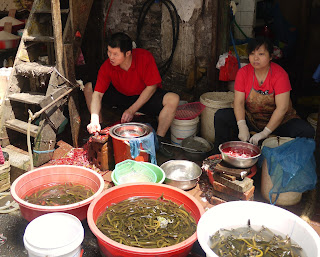 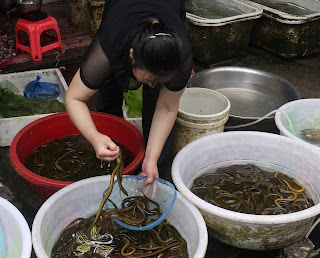 Some of the merchants were still fairly young. 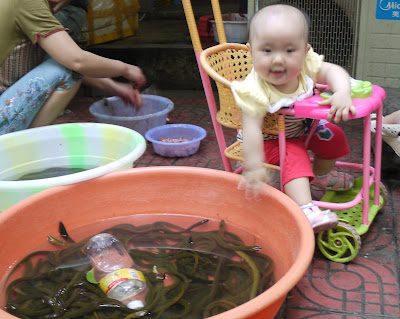 Together with the eel, all sorts of frogs were available for purchase. One merchant had just brought a net full of bullfrogs. The frogs looked as if they were pleading for help, furiously protesting such cruel treatment. 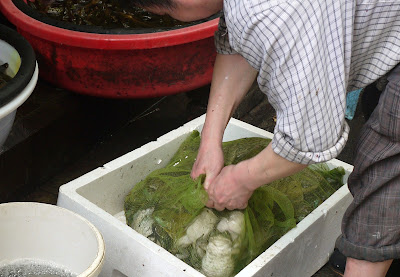 In the middle of all the commotion, some people were playing pool... 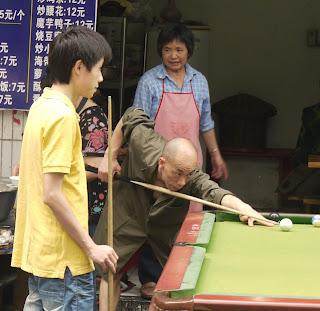 ...while others were deep into a game of Chinese Chess. 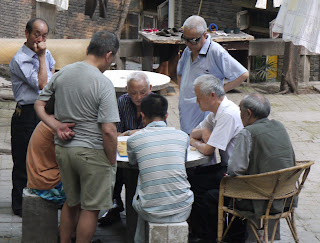 On a street corner, two dudes had got hold of an enormous fish, and were now proudly selling it slice by slice. 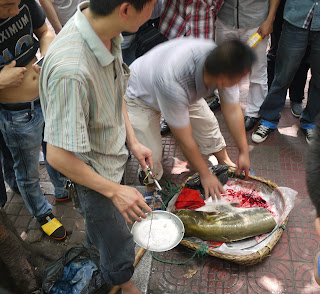 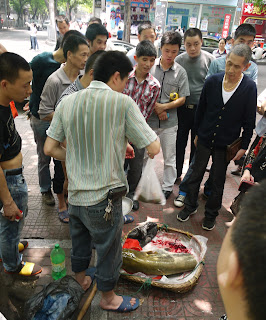 A little bit further along, the streets were all of a sudden strangely empty. Nobody seemed to live in these houses anymore. 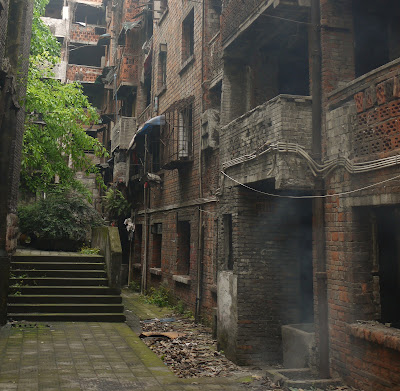 All around on the walls, a Chinese character could be seen, meaning "ready for demolition". 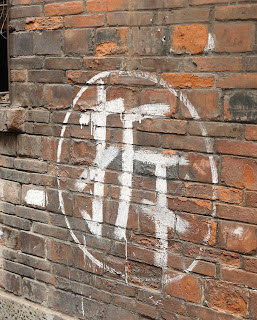 Some of the houses to be destroyed looked as if they had belonged to rich families or merchants: 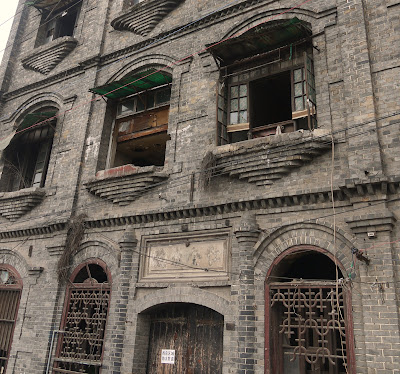 A couple of streets further down the road, the old buildings had already been removed. 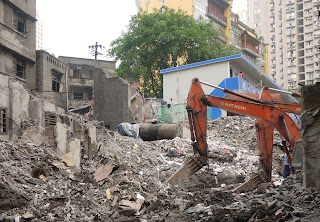 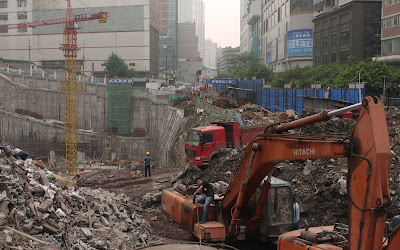 In a deep pit, antlike workers were scurrying around, laying foundations for a massive new skyscraper: 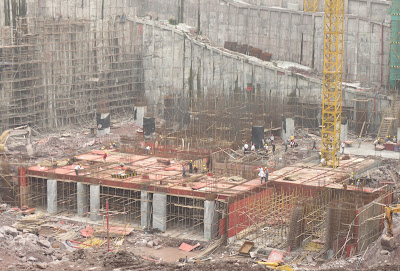 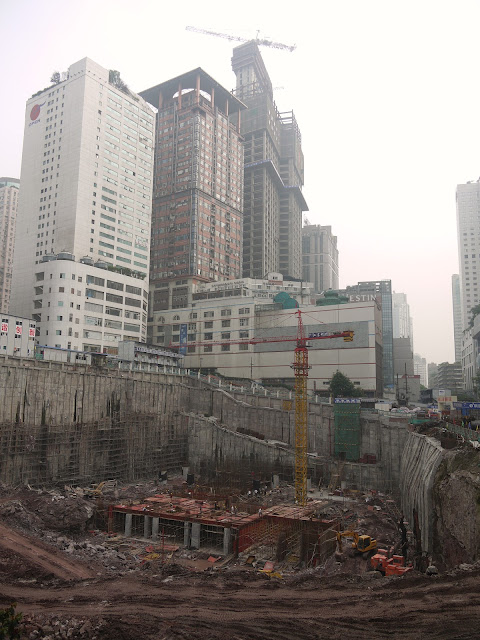 Later in the day, I used the city's famous cable car to cross the Yangtze. 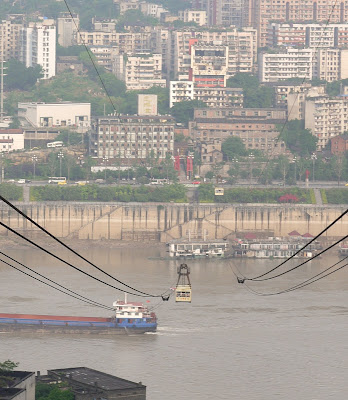 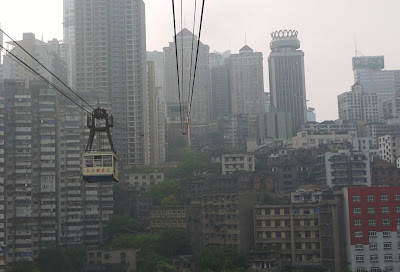 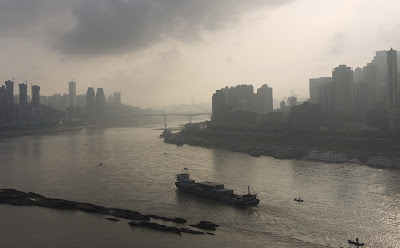 On the other side, I went for a walk and then had dinner when it got dark. The food was very spicy, and the view from the restaurant's terrace simply amazing. 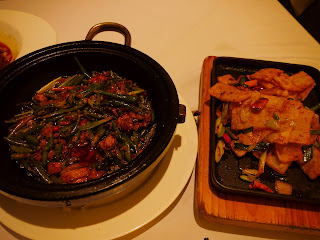 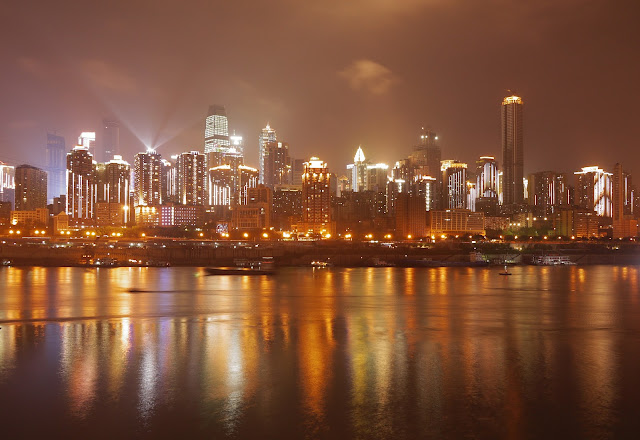 Posted by Michael Rochlitz at 16:15