Walking East from the old Islamic center of Cairo, one comes to the City of the Dead, a scary necropolis of slowly decaying funeral houses and monuments. After the noise and chaos everywhere else in the city, the empty streets here are eerily silent, apart from the howling of a couple of stray dogs. 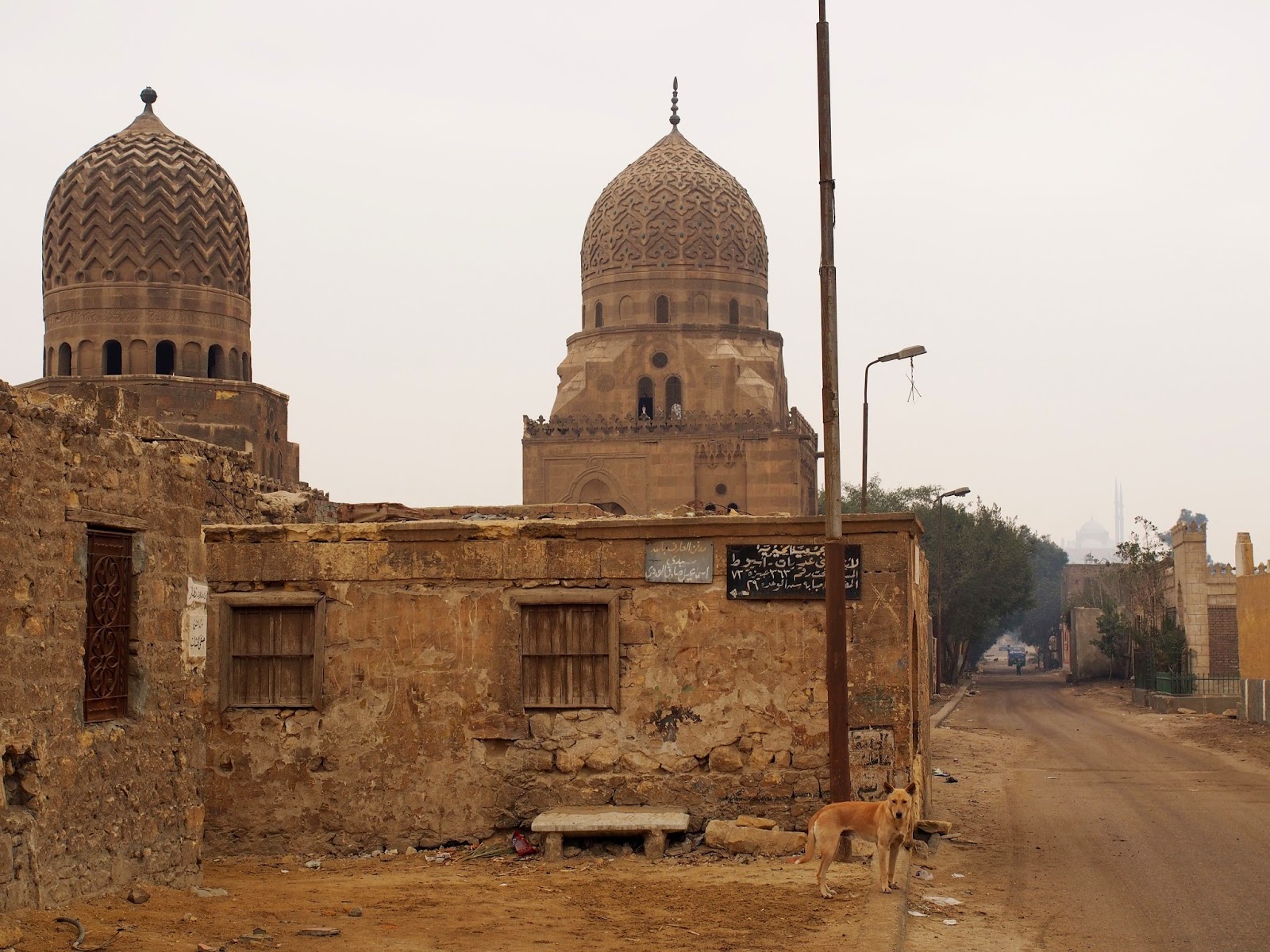 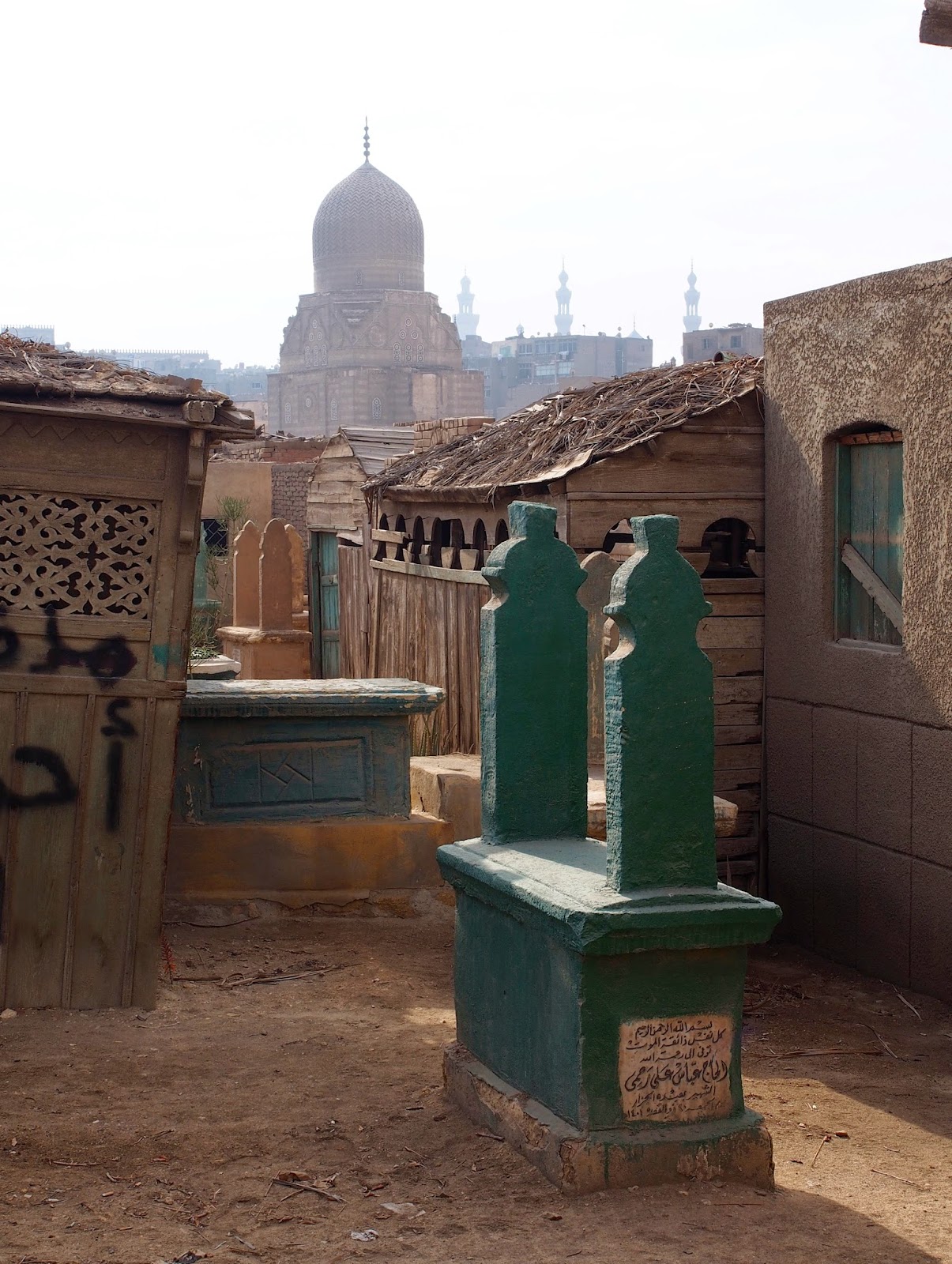 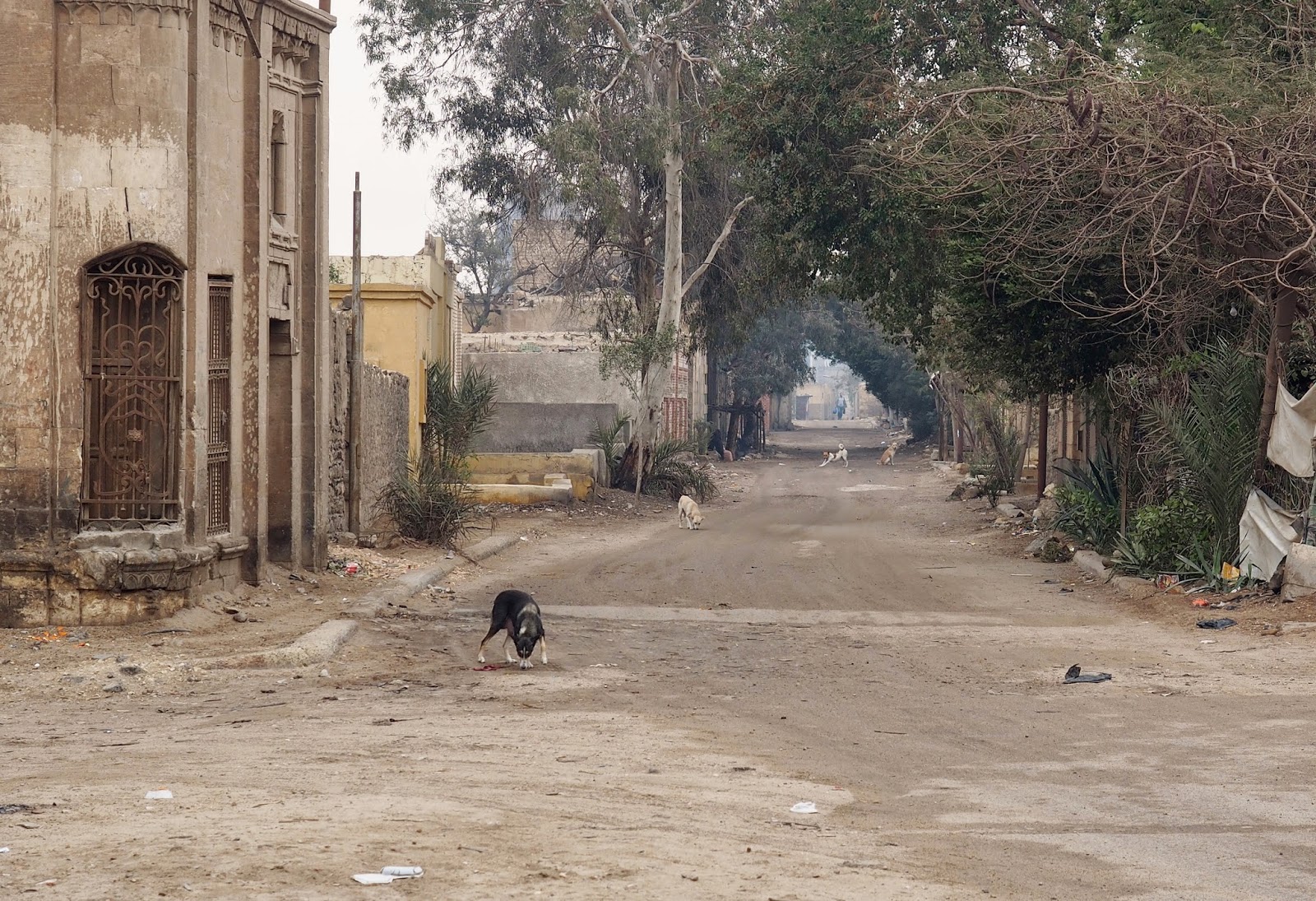 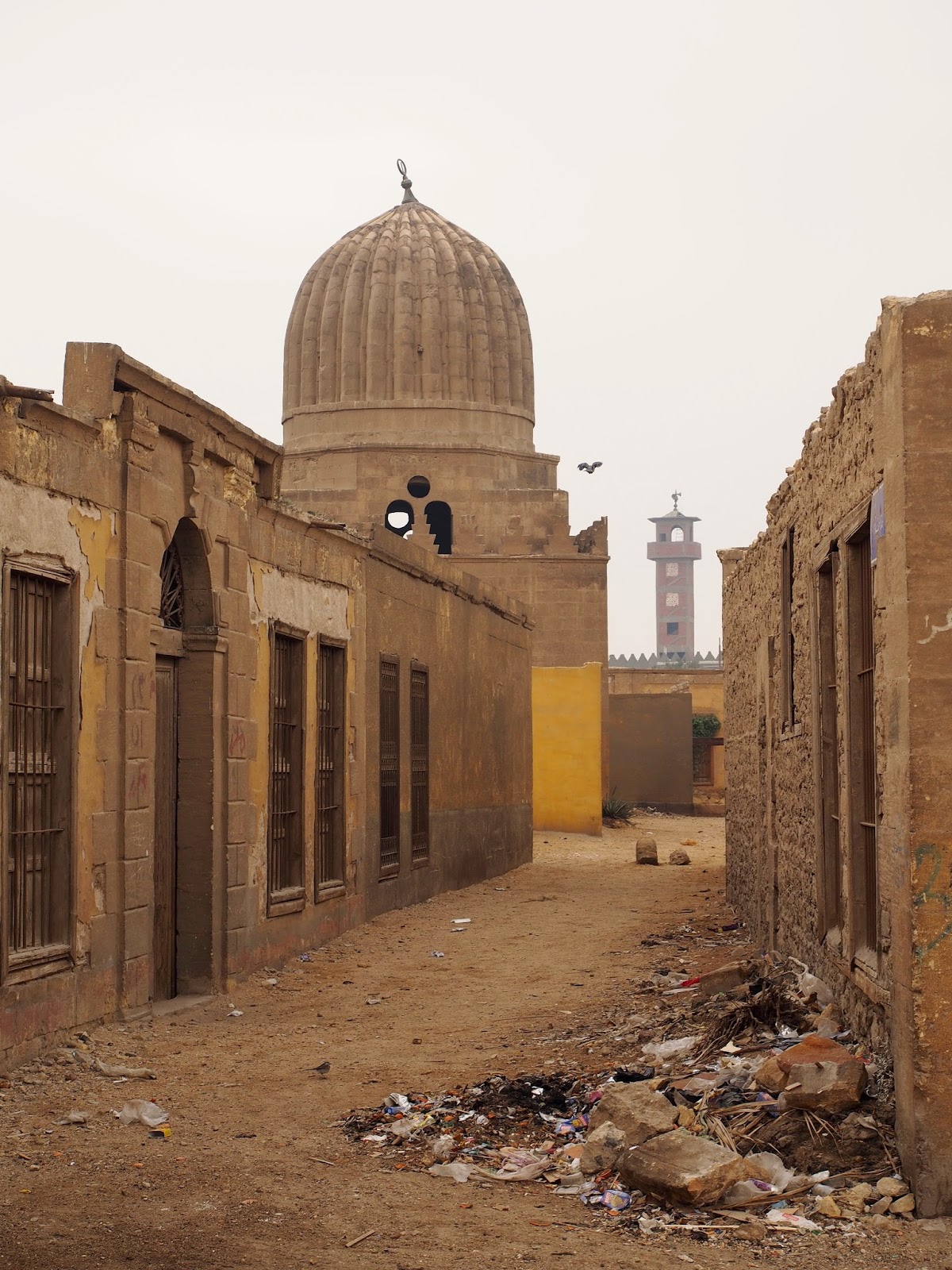 When I saw a large pack of dogs blocking the street ahead, I tried to quietly disappear into a side street, which led to an overpass and an old railway track. 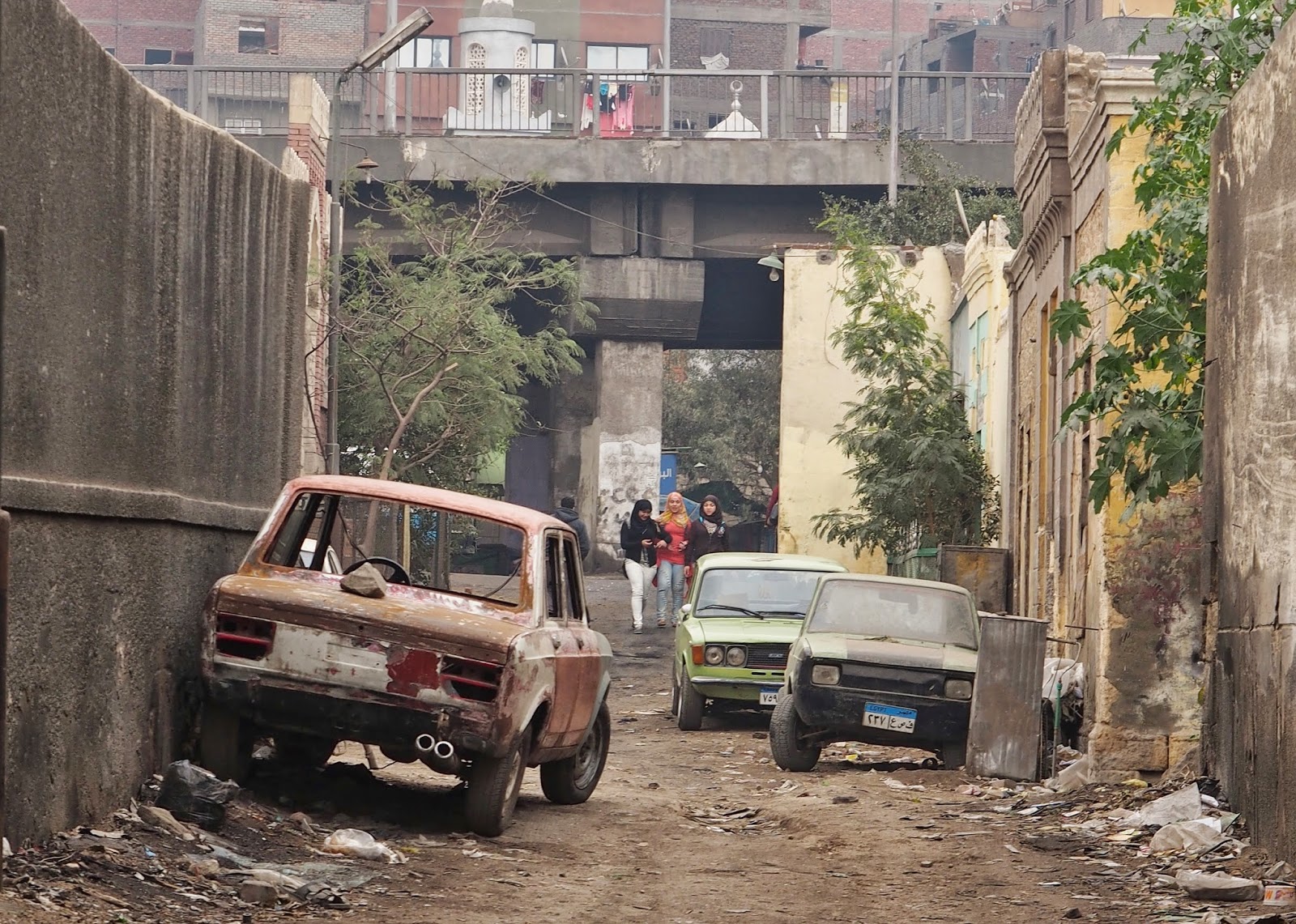 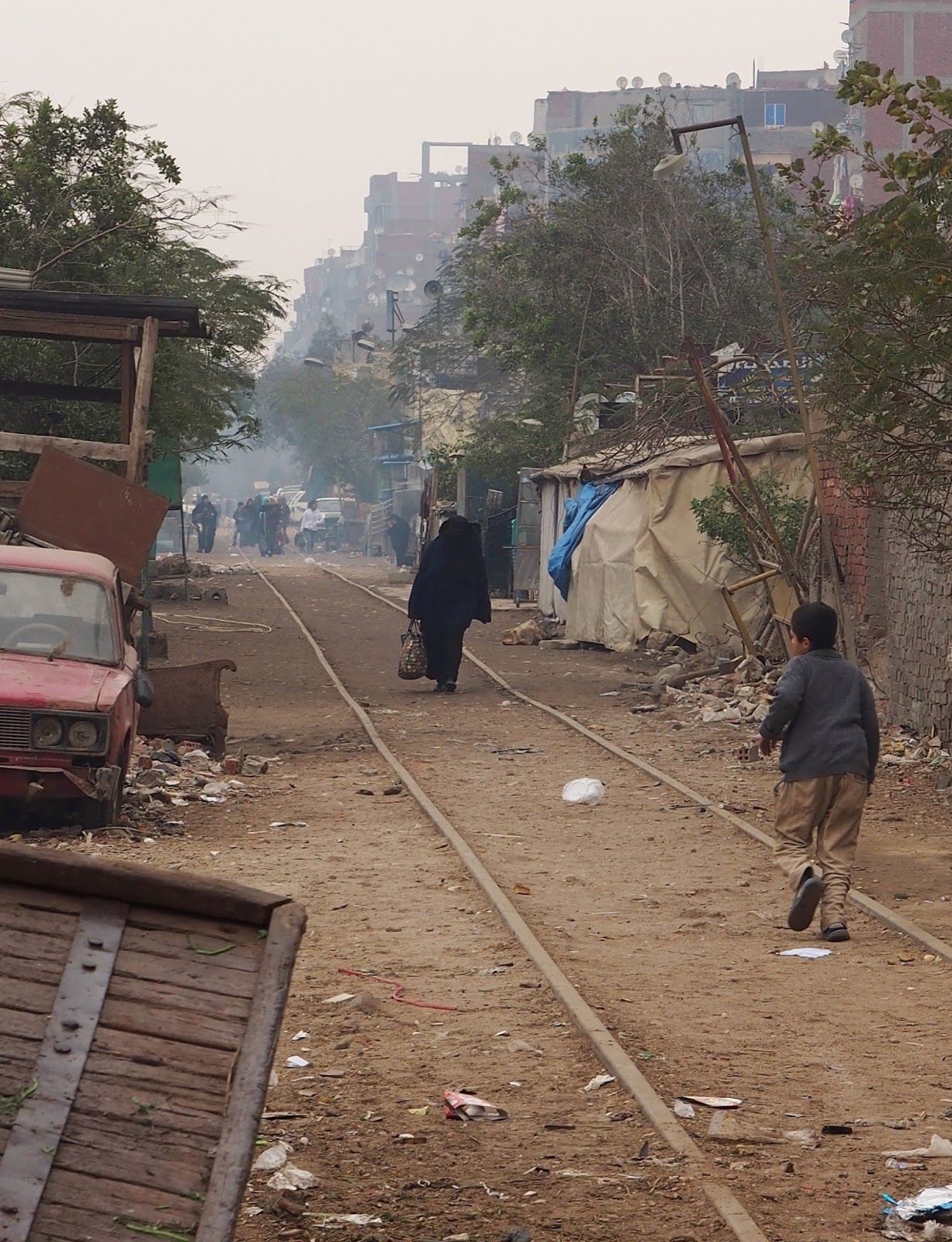 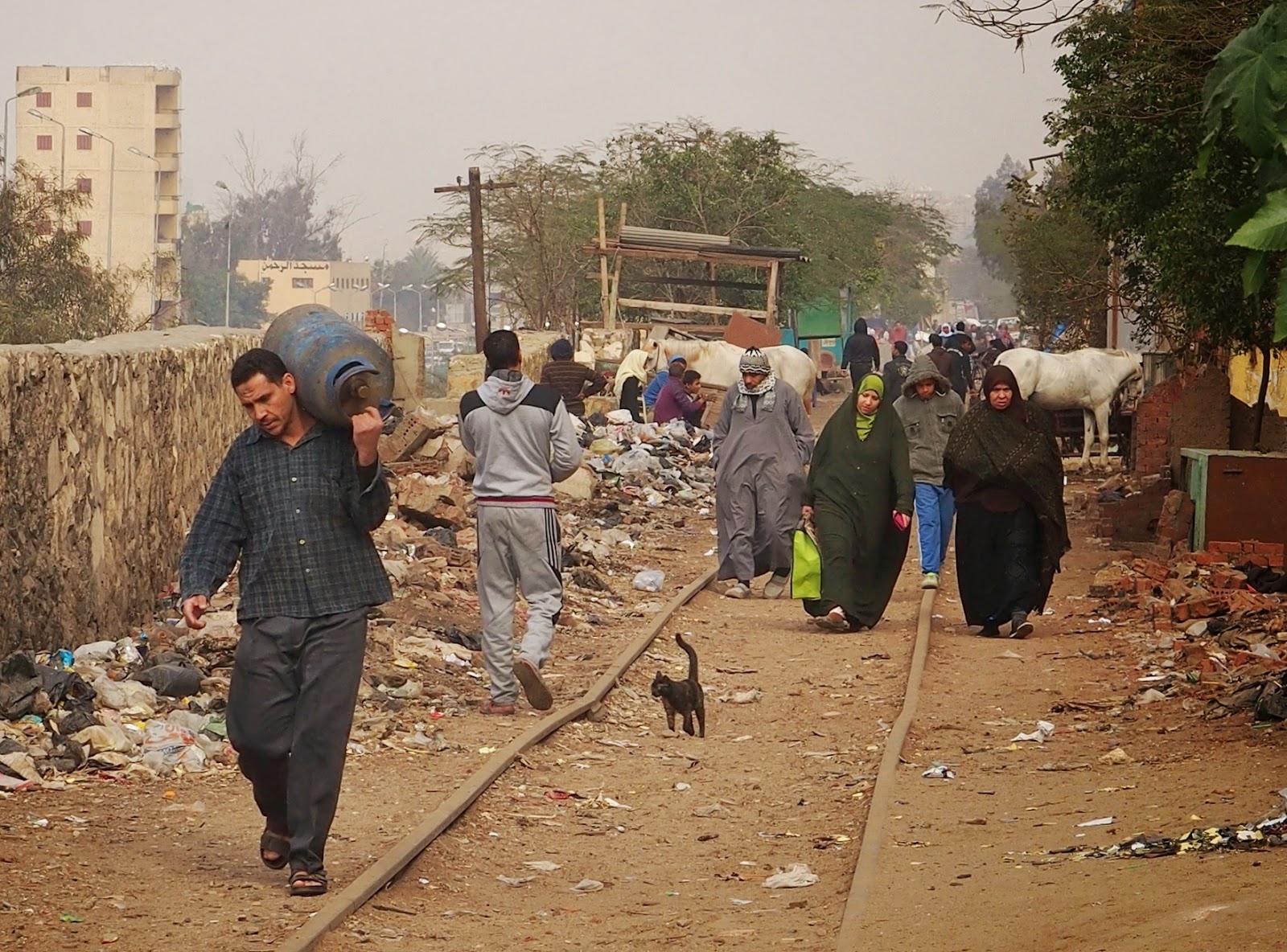 Crossing the track, one arrived in a busy market street. Later I learned that the street was the beginning of the village of Mokattam, part of the Cairo suburb of Manshiyat Naser. 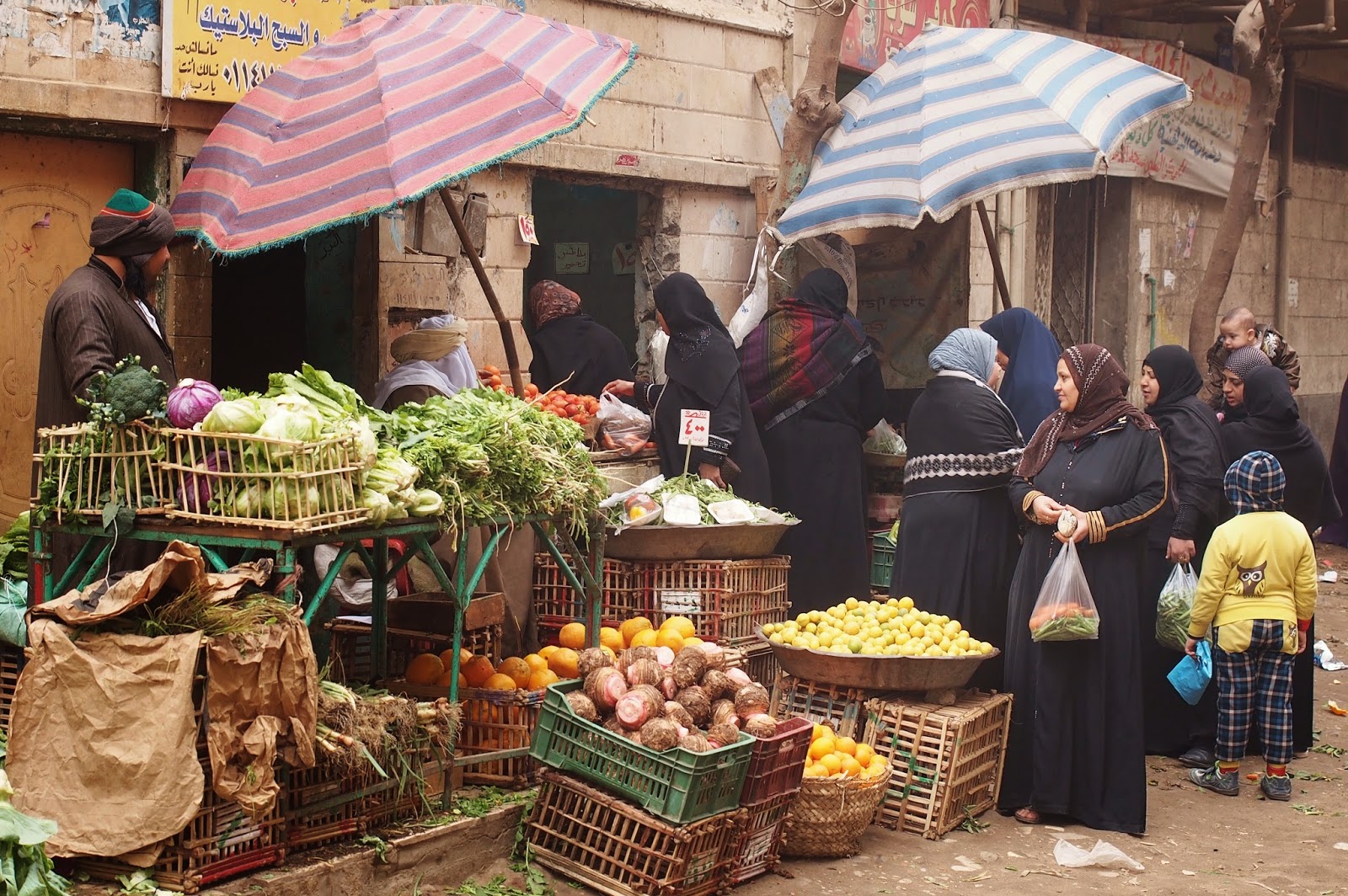 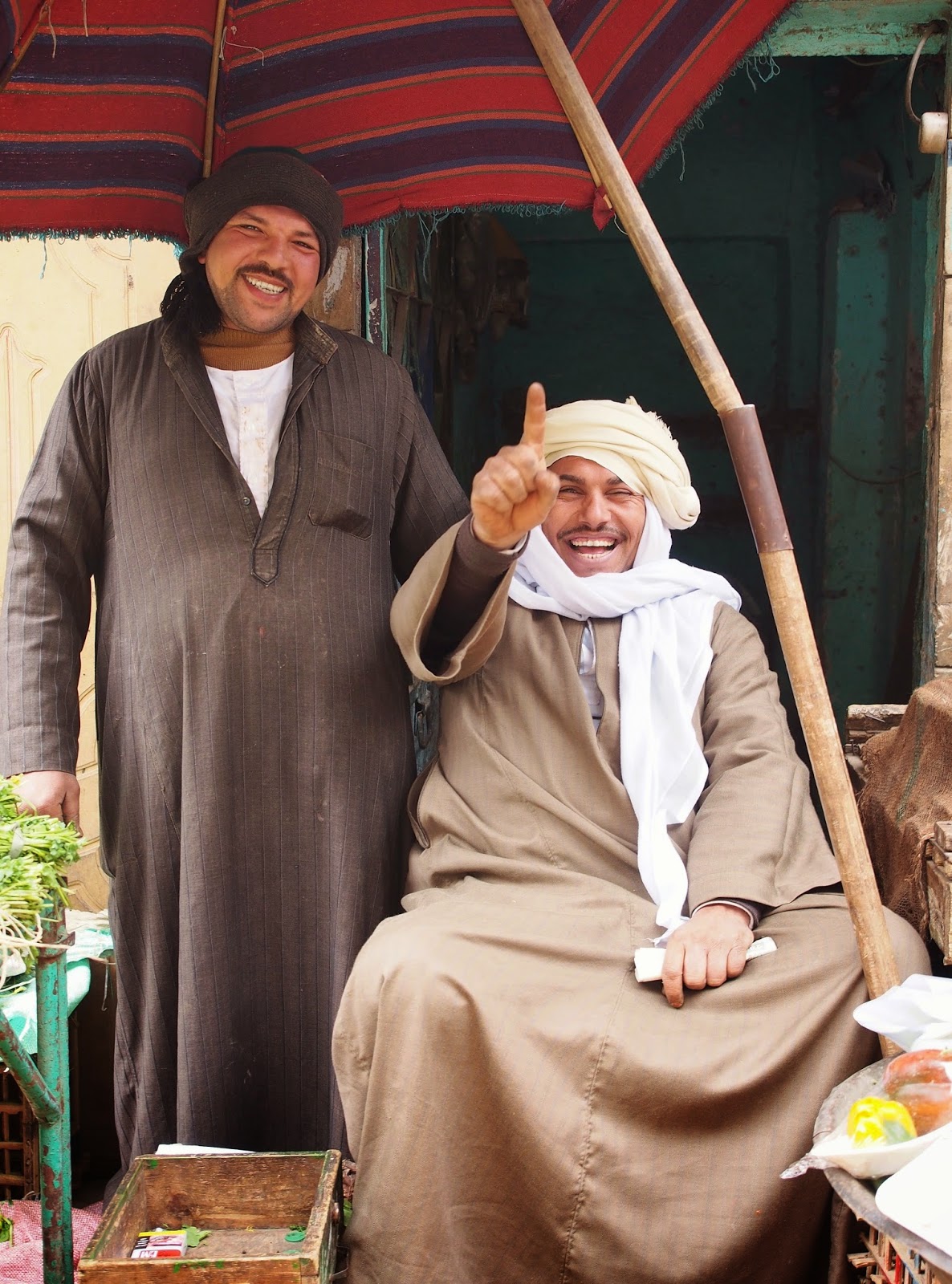 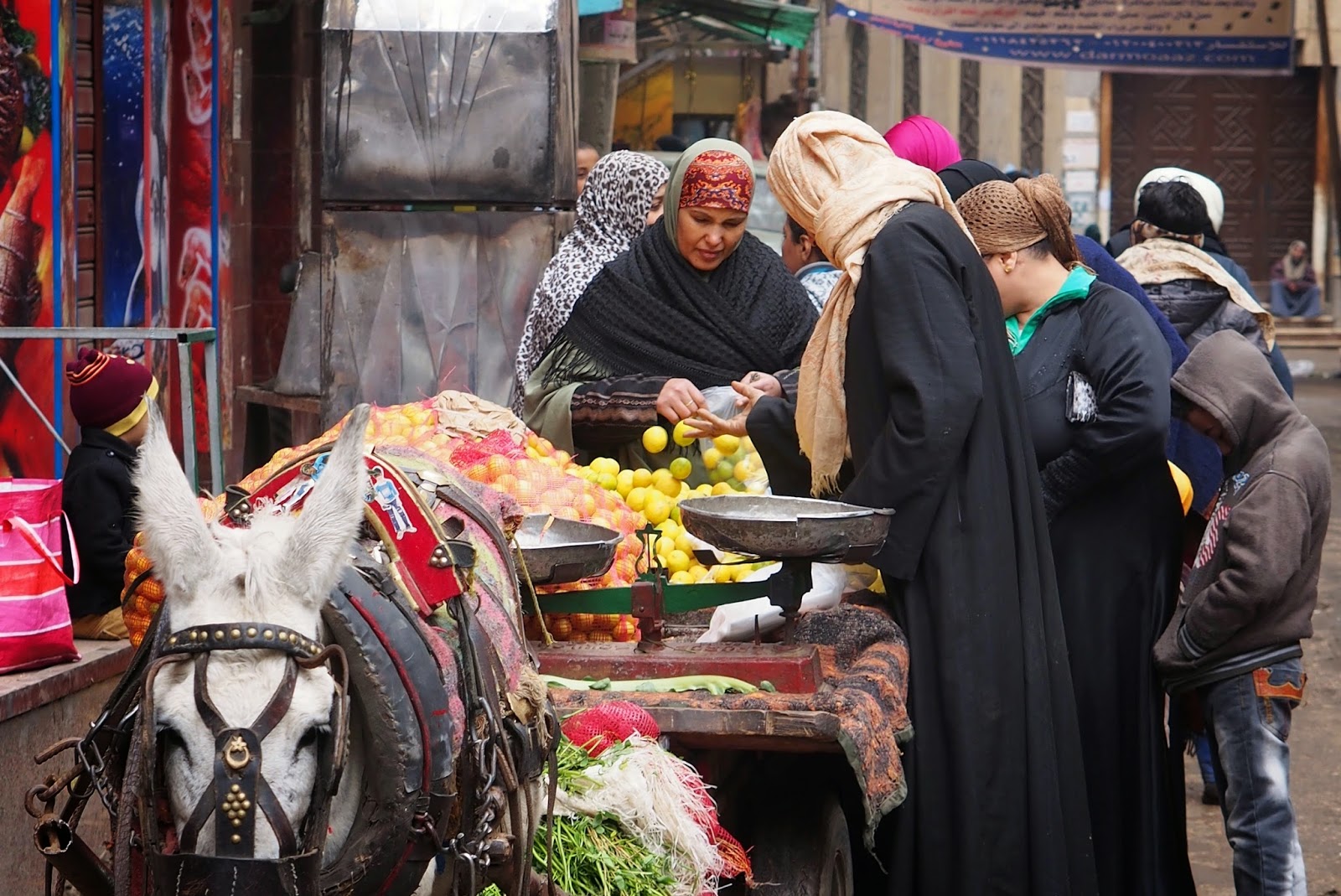 Mokattam is the village and mountain of the Zabbaleen. As I discovered, the Zabbaleen are Cairo's garbage collectors. They collect Cairo's waste door-to-door, bring it with donkey-carts and pick-up trucks to their village, sort it, and then resell the recycled waste. Apparently, up to 80% of the collected garbage is recycled. 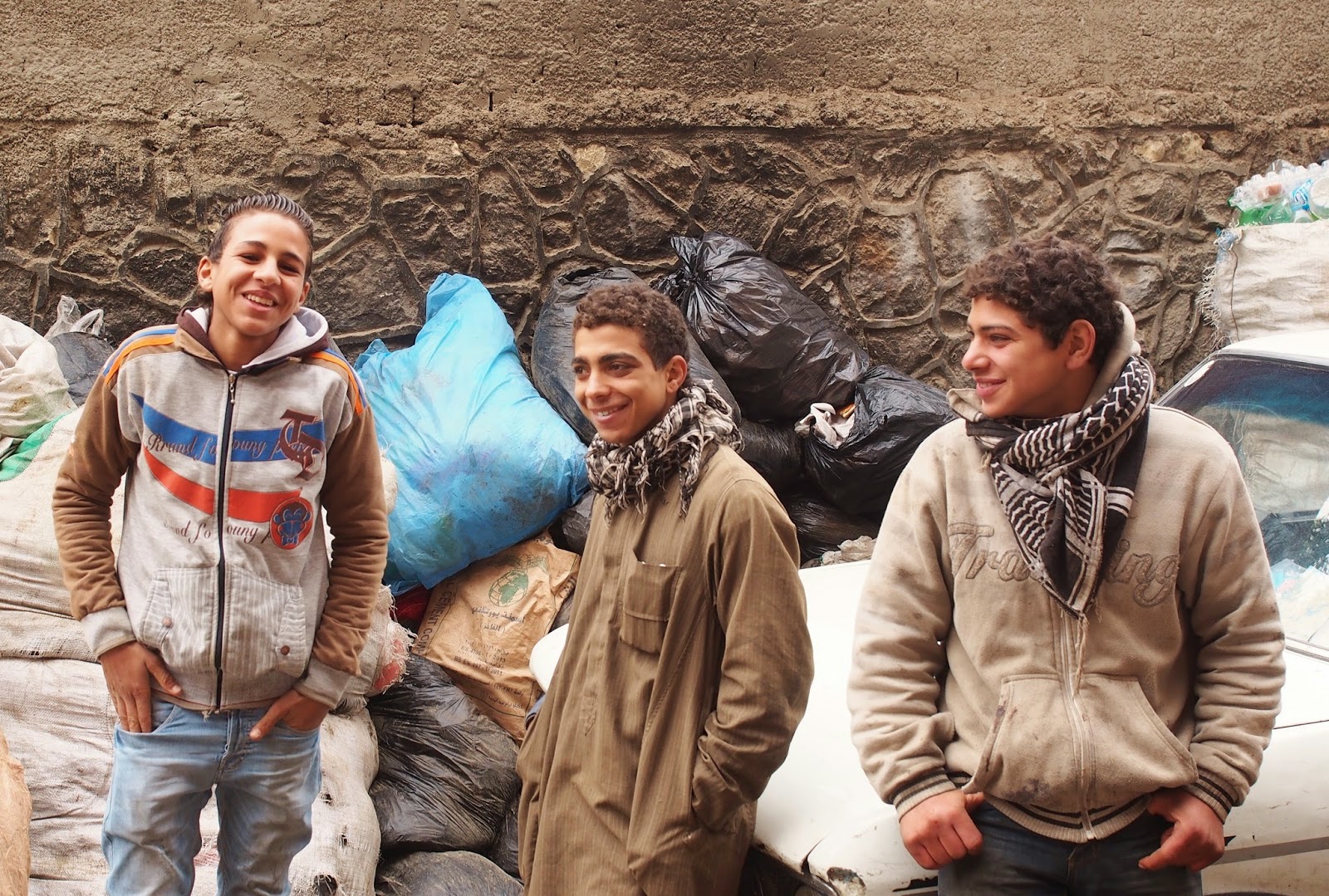 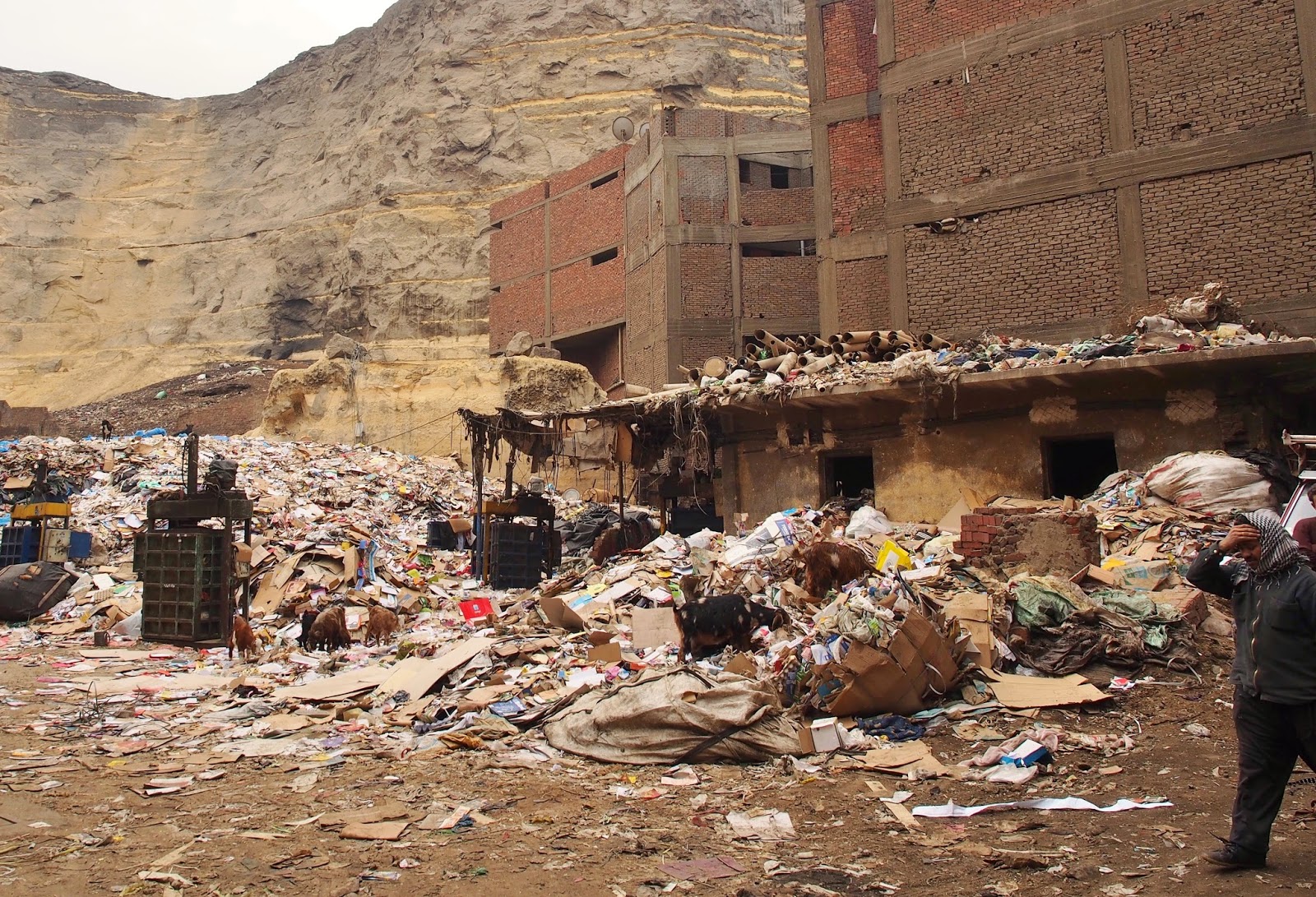 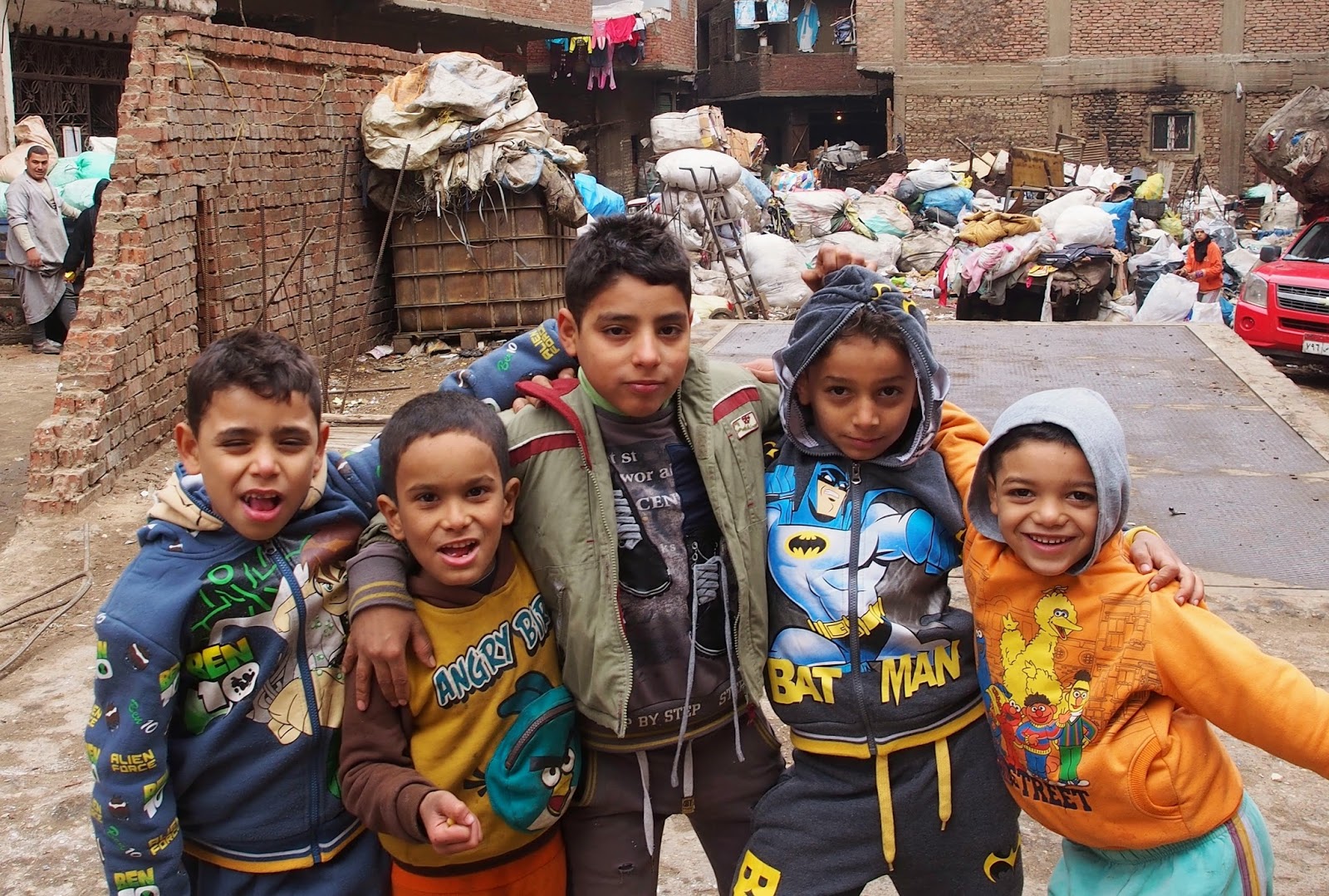 As it was early January, the narrow streets were damp and cold, so that some of the children were warming themselves with fires. 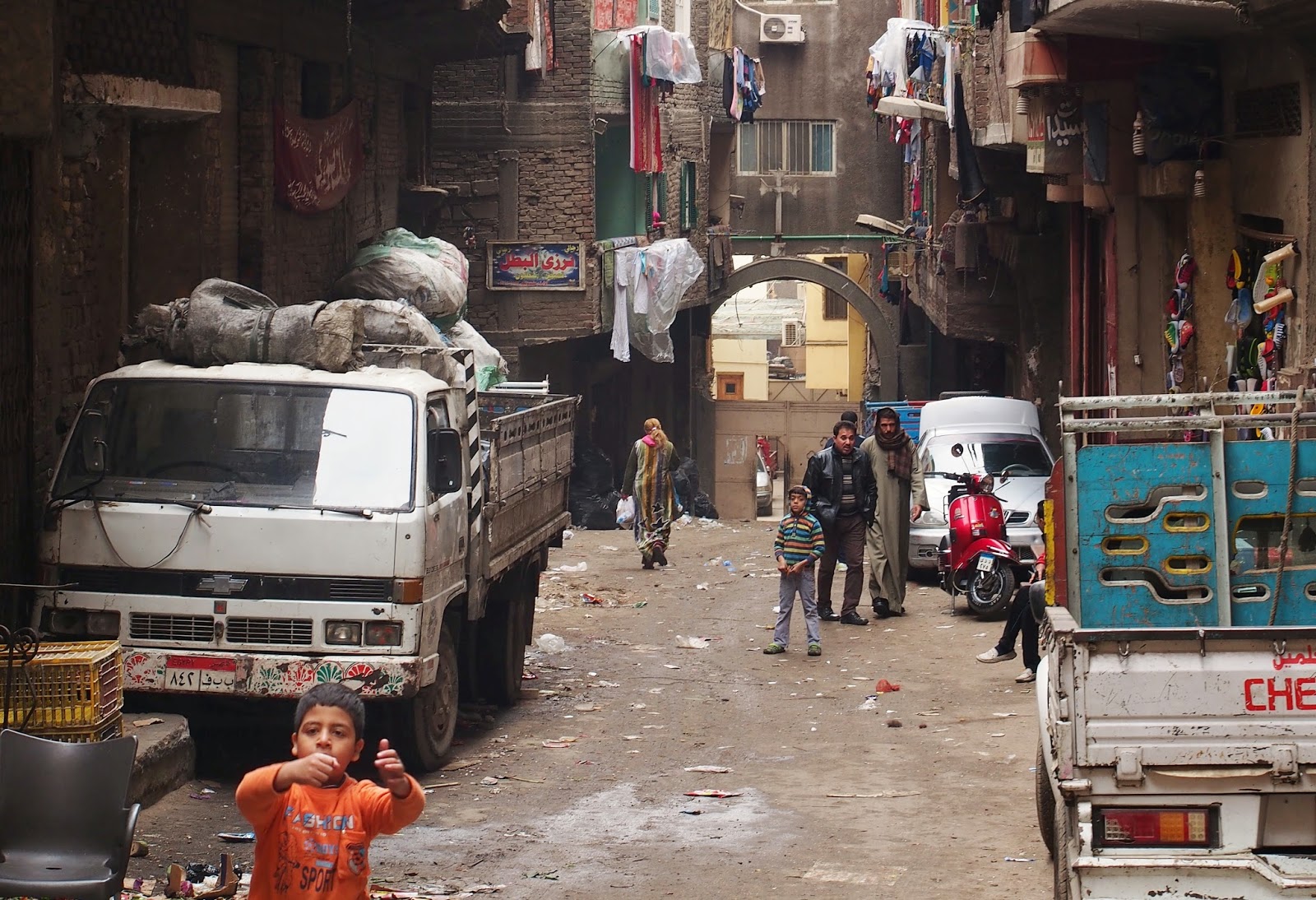 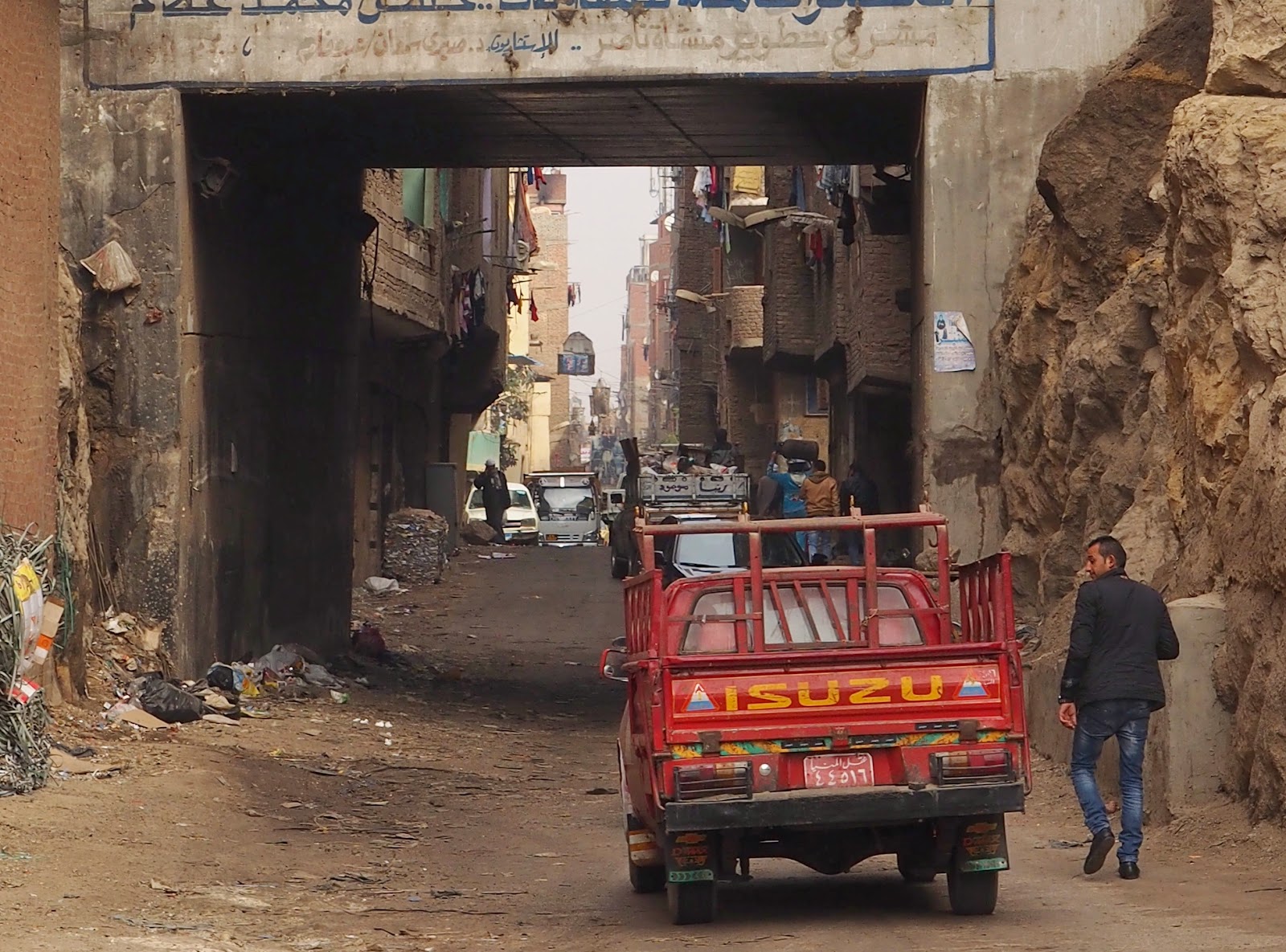 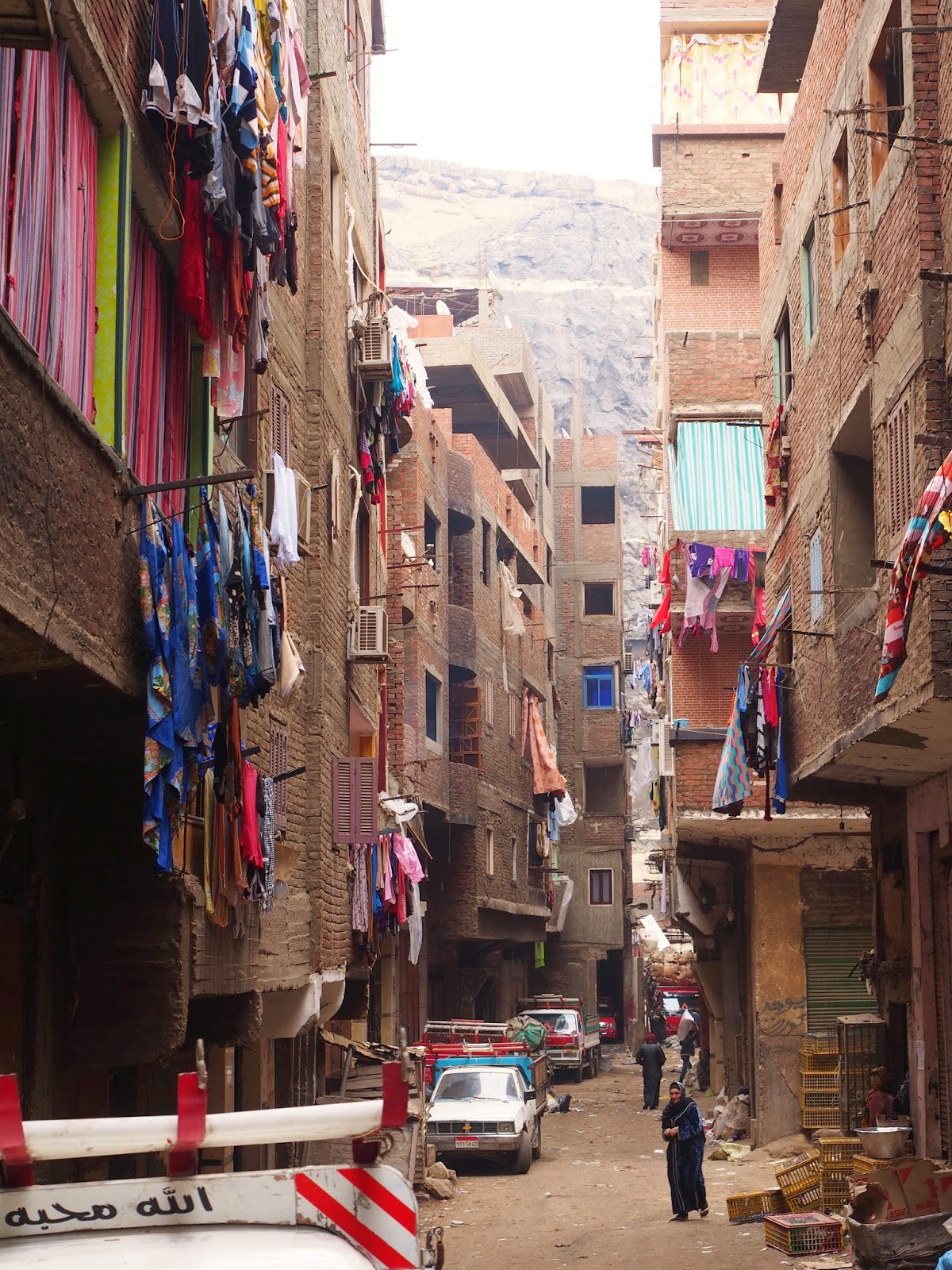 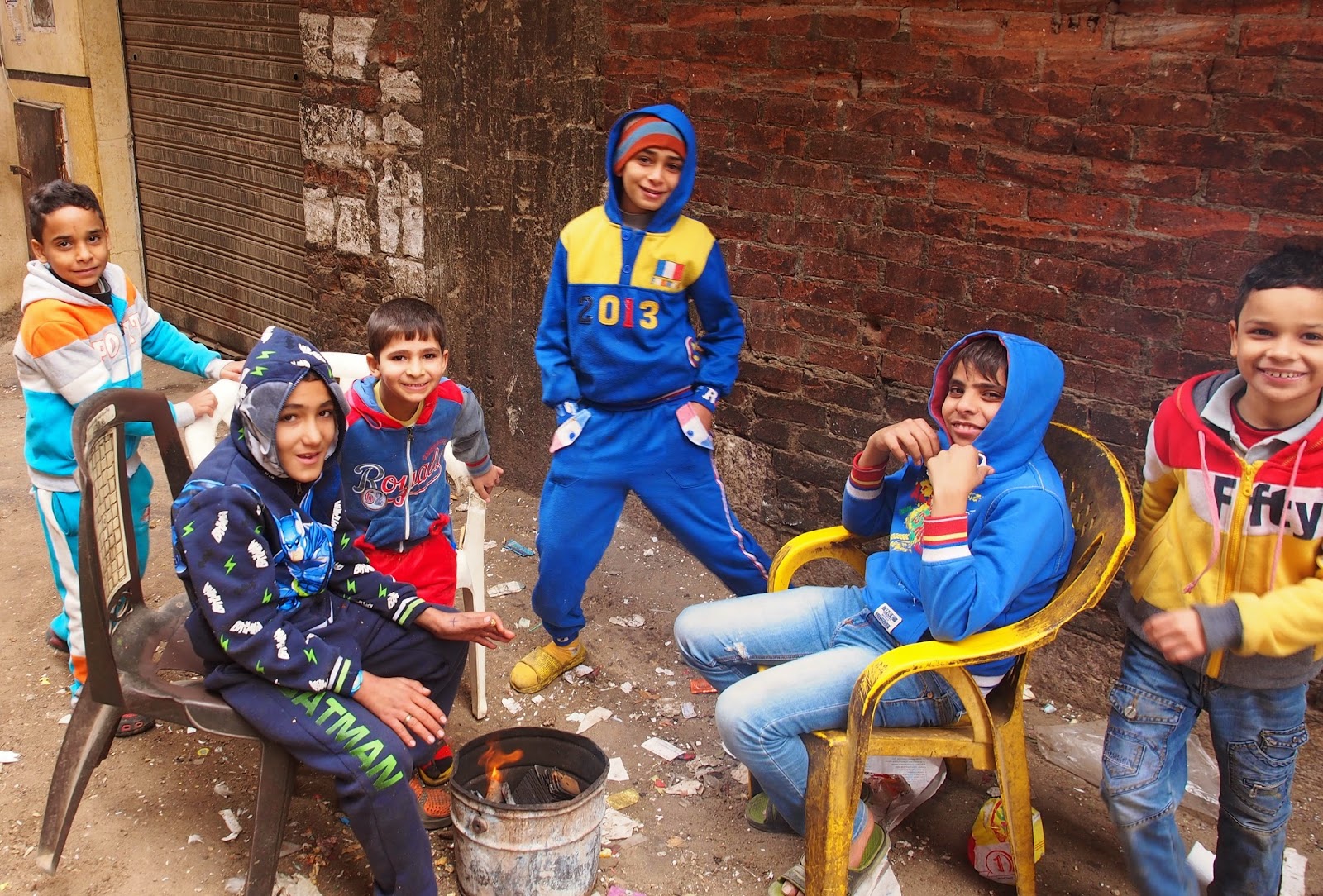 Althought the neighbourhood was relatively poor, the Zabbaleen are actually a tightly organized community. About 90% are Coptic Christians. Into the rock above their village, they have built a huge church that can accomodate up to 20 000 worshippers. 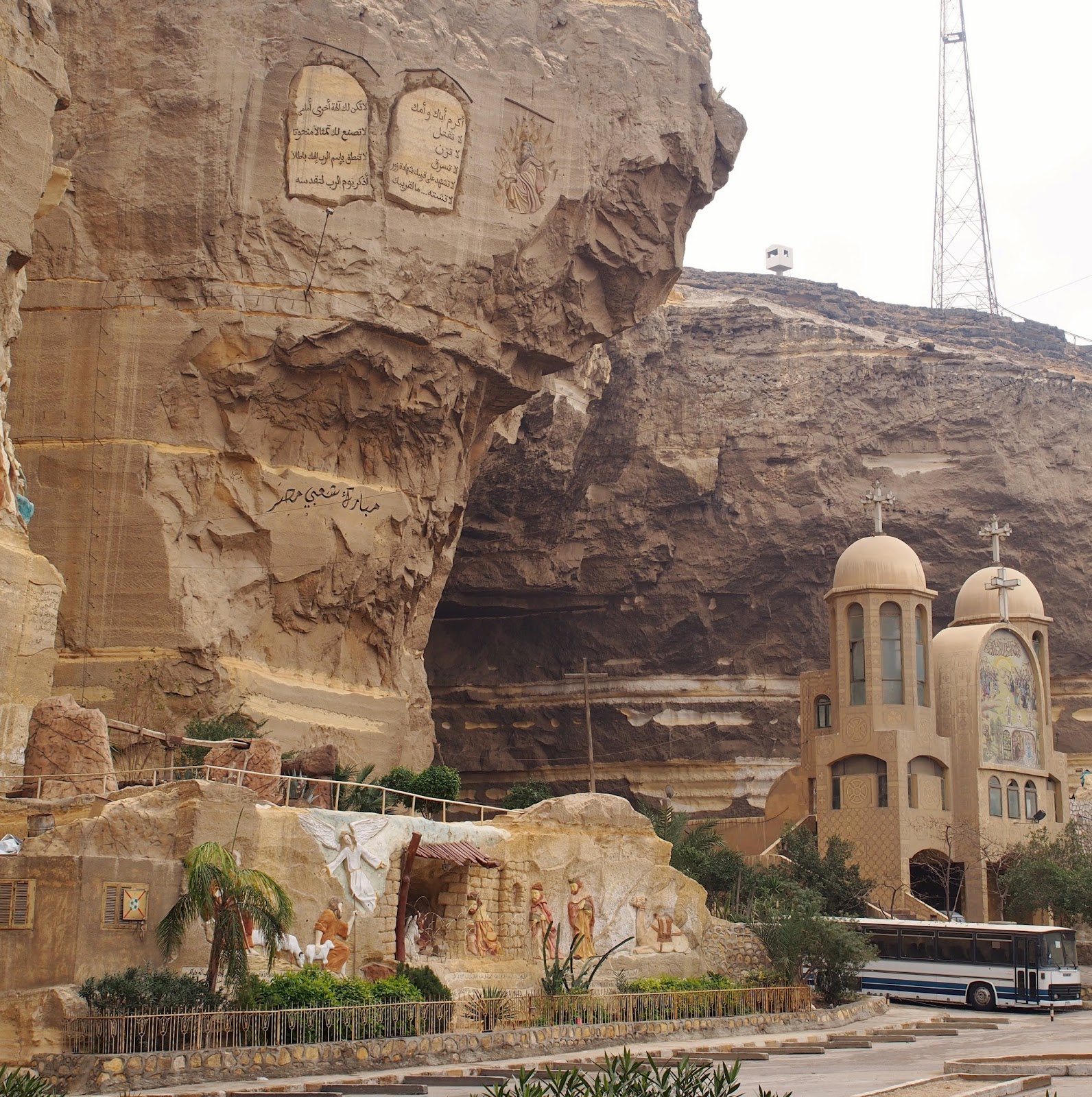 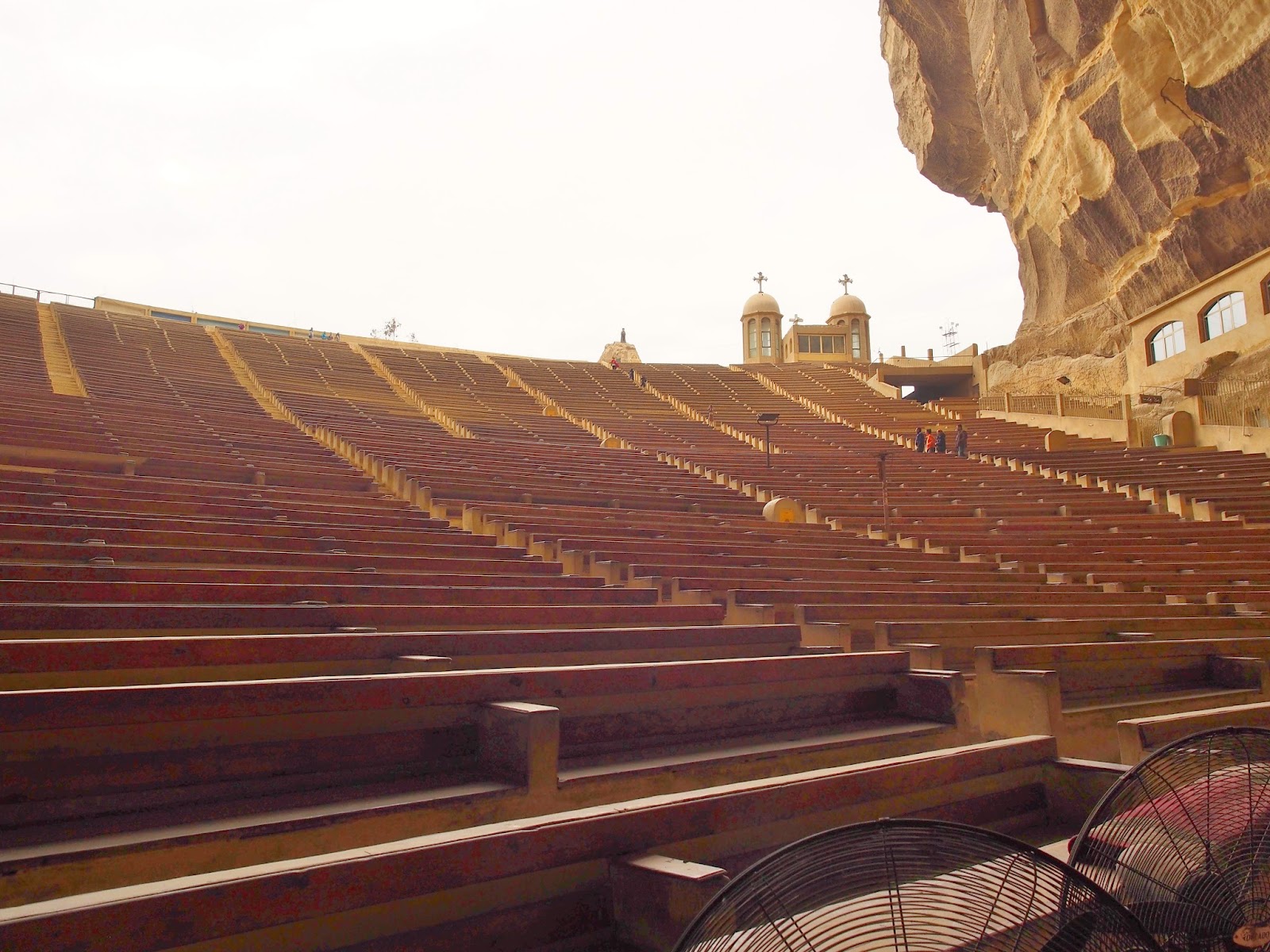 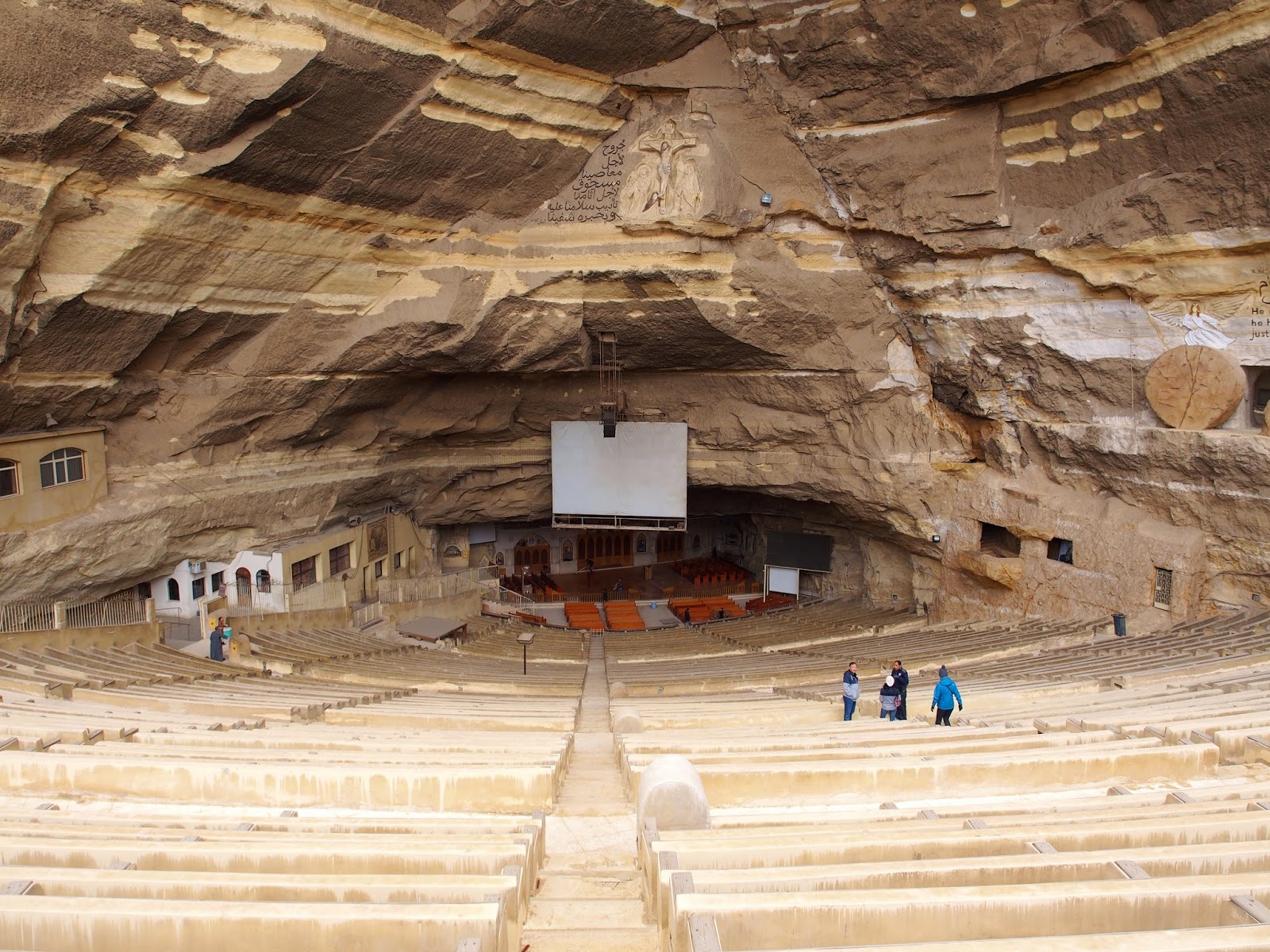 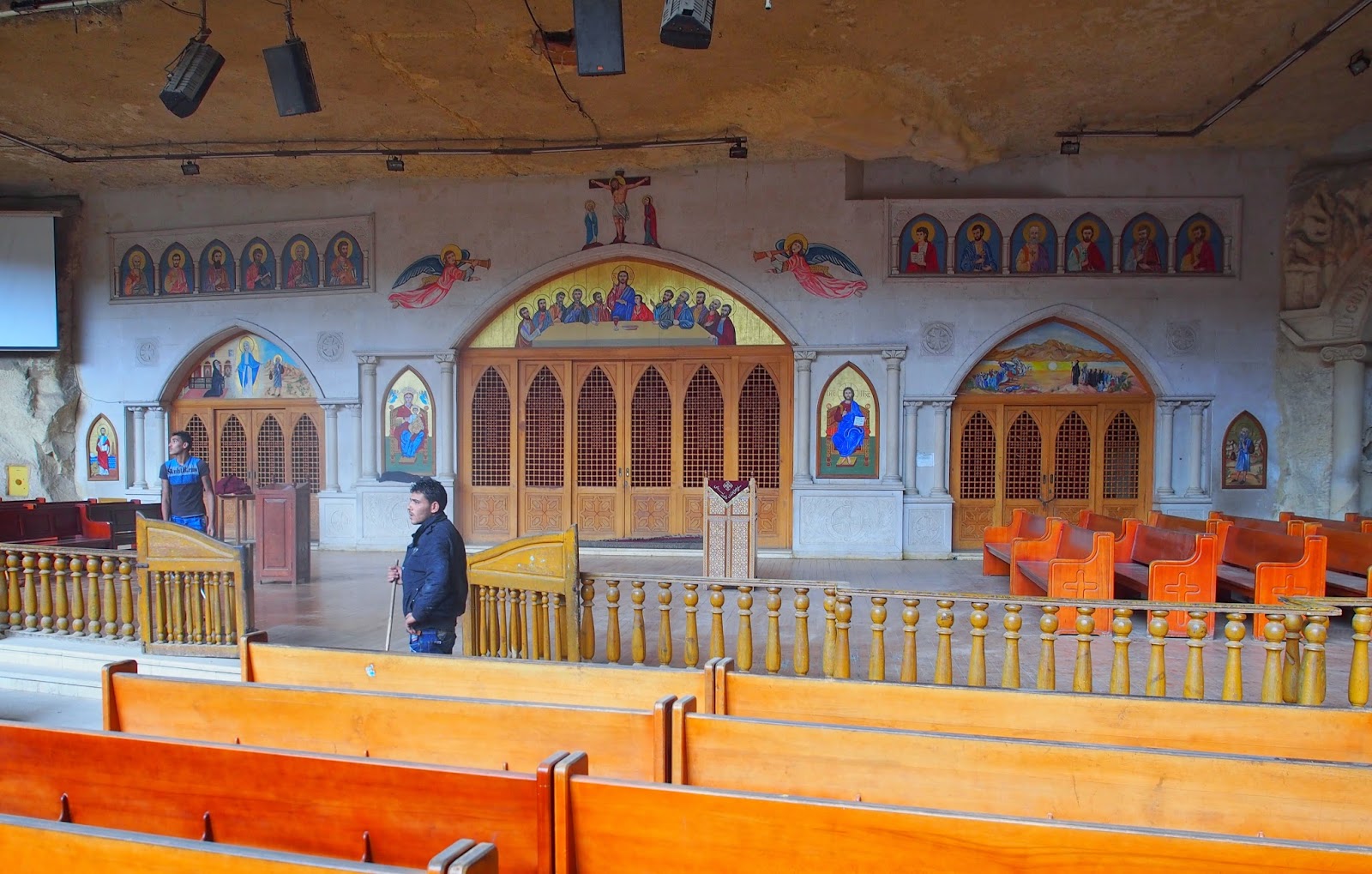 Together with some tourists from Chile, the minister of the church proudly showed us around. He also opened the door to a second underground church that has been built if it's too cold for the outside church in winter (the church has its own website, highly recommended by the minister, where one can watch church services online). 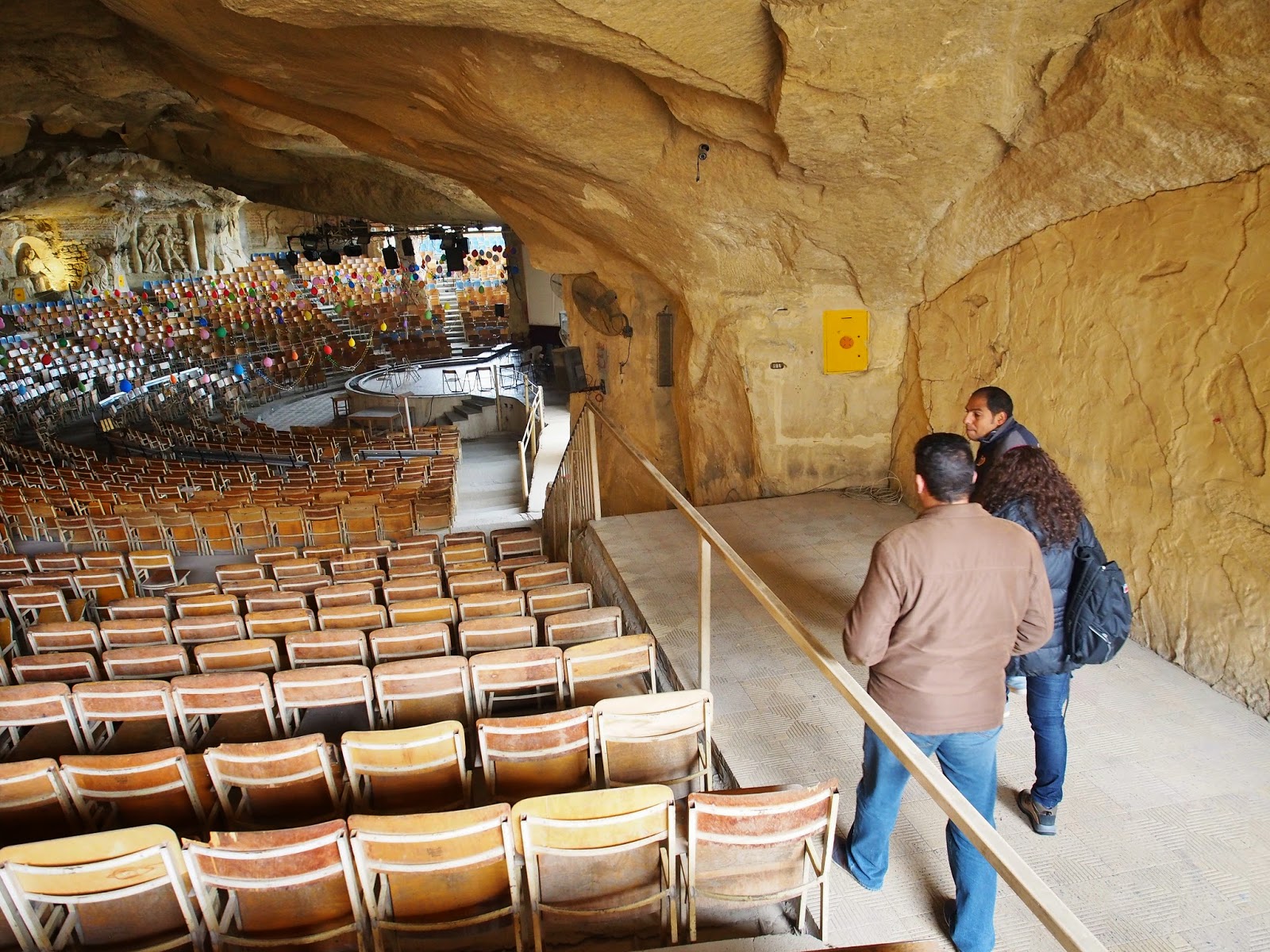 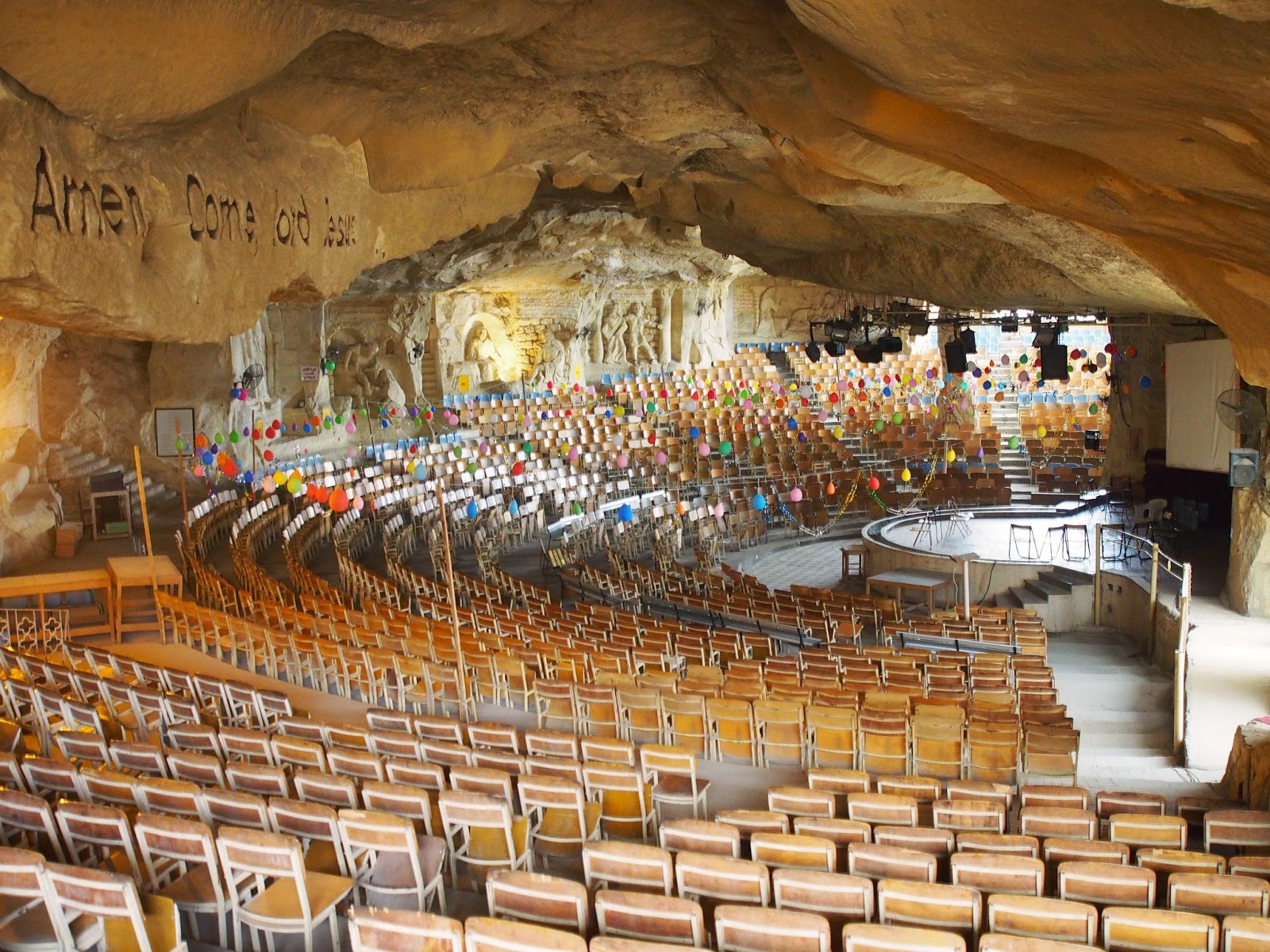 After the visit, it was time to take some pictures of this happy Zabbaleen family: 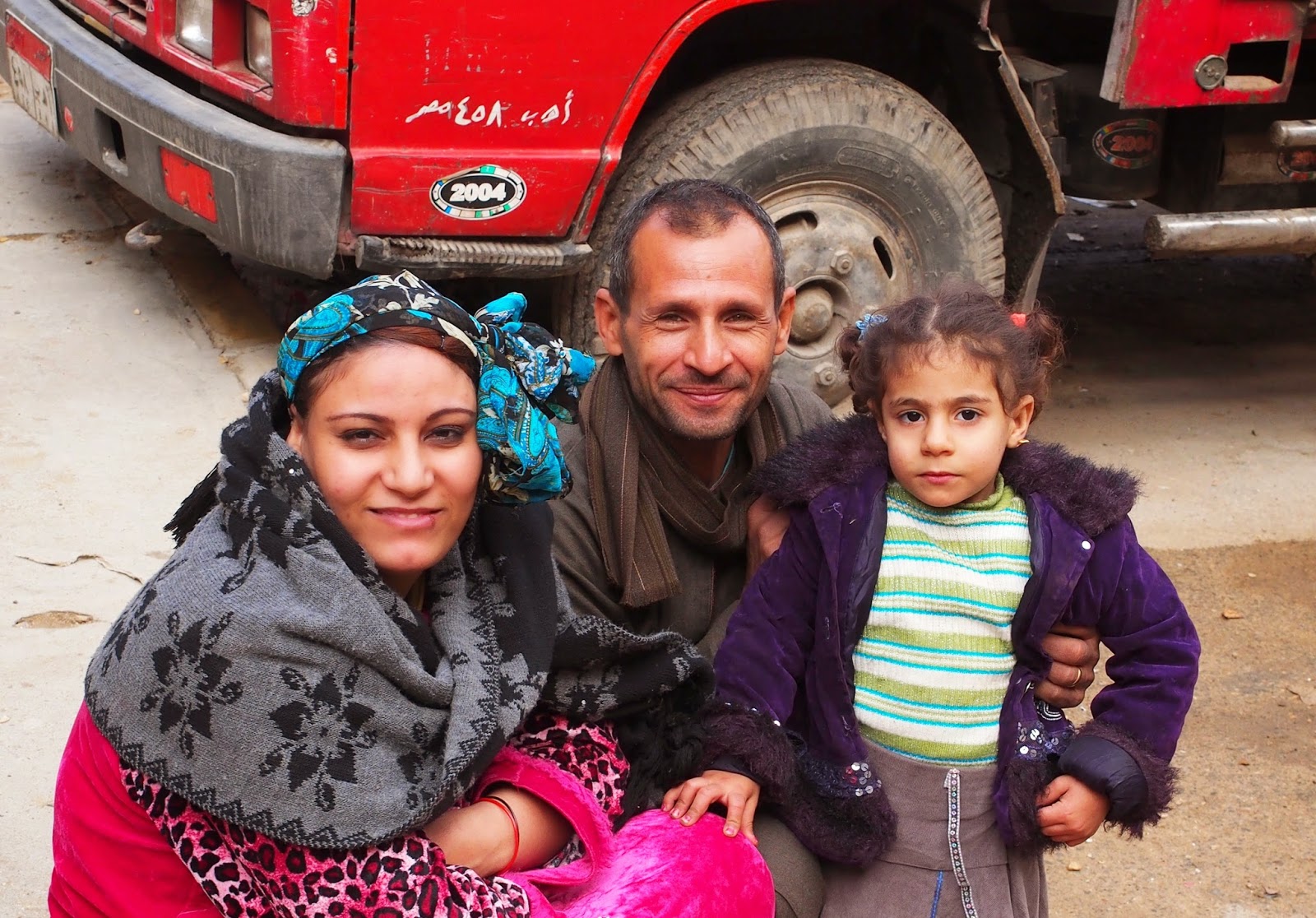 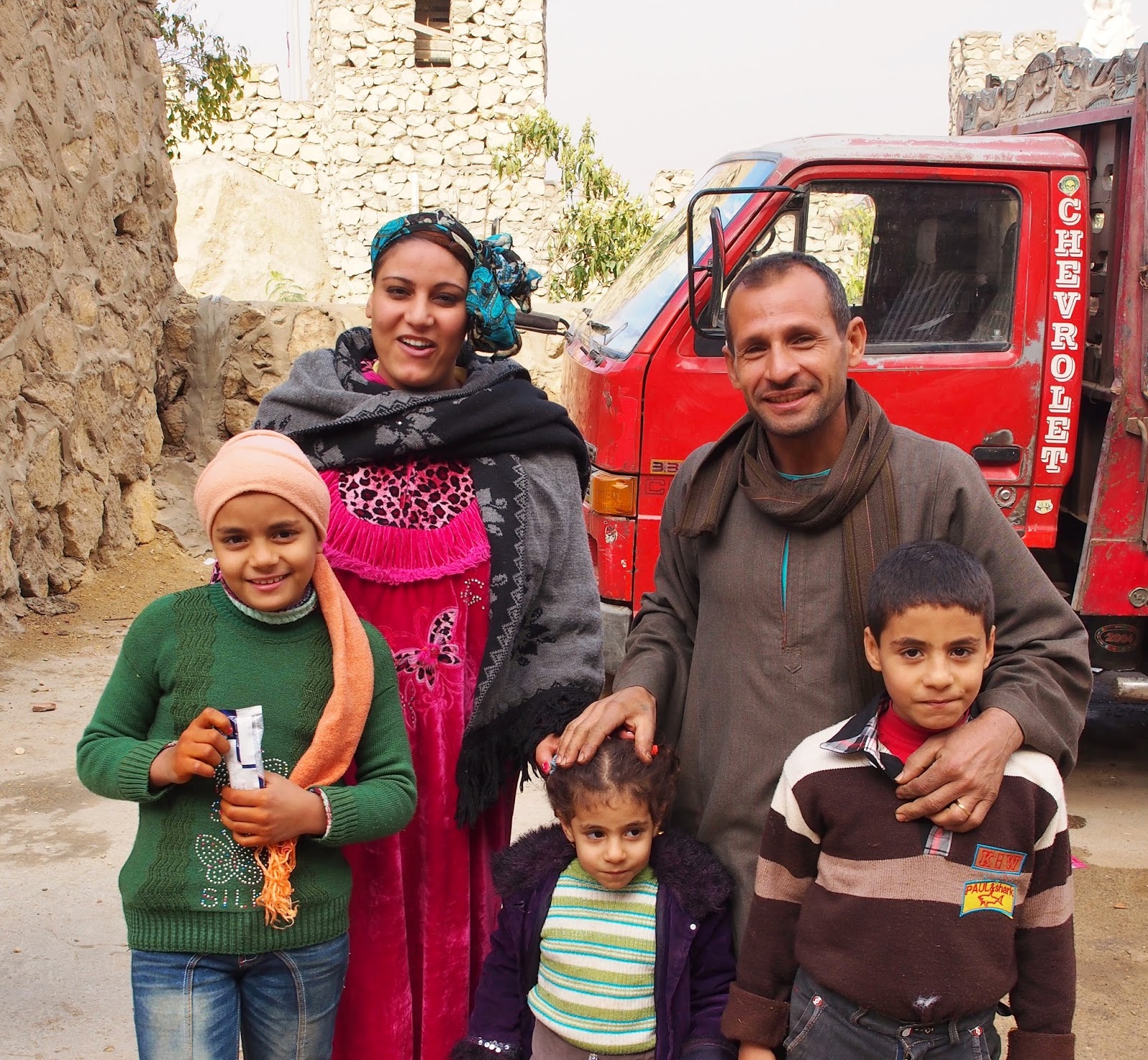 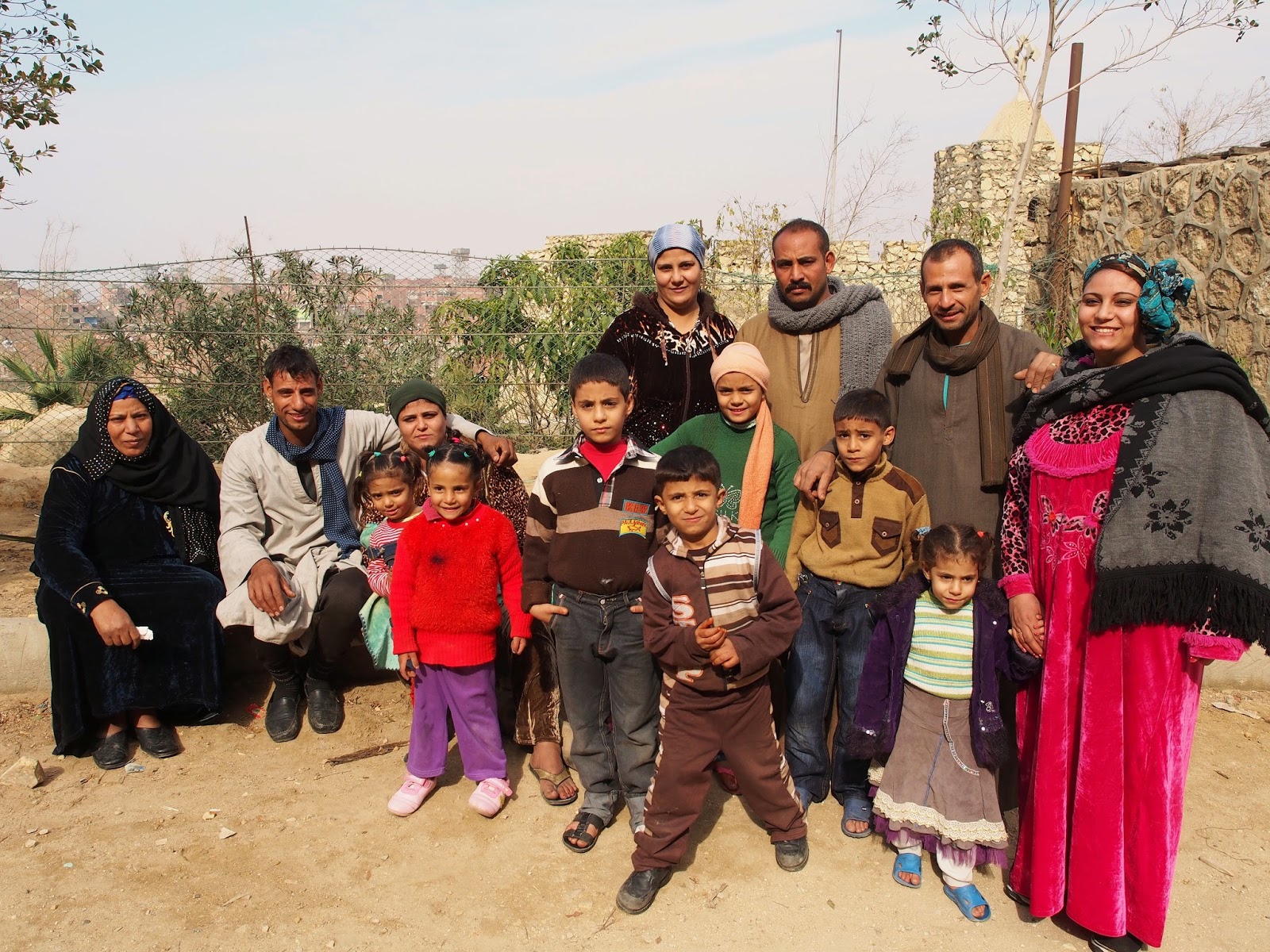 If you want to read more about Cairo's Zabbaleen, Peter Hessler has a nice article in the New Yorker. 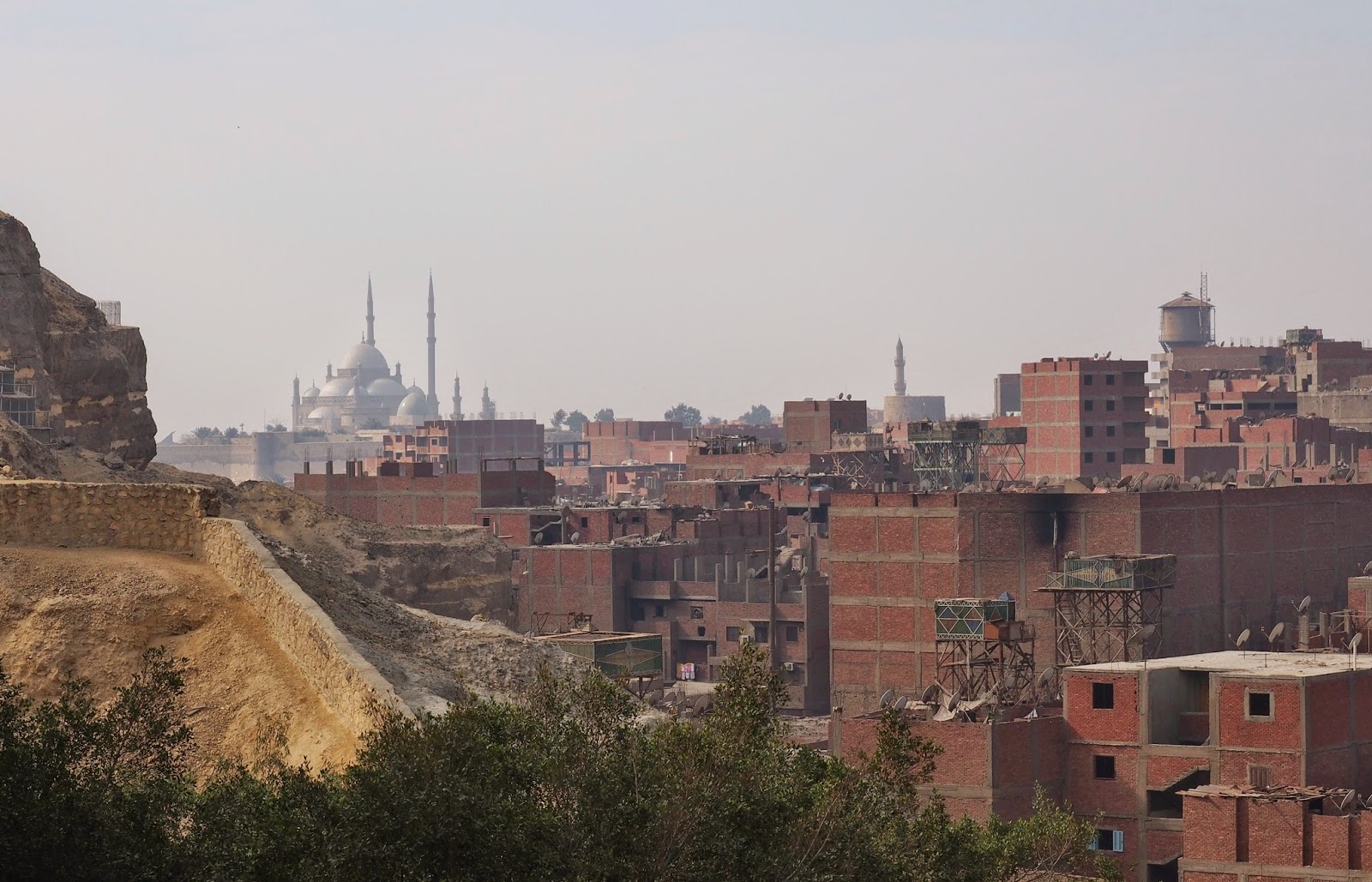 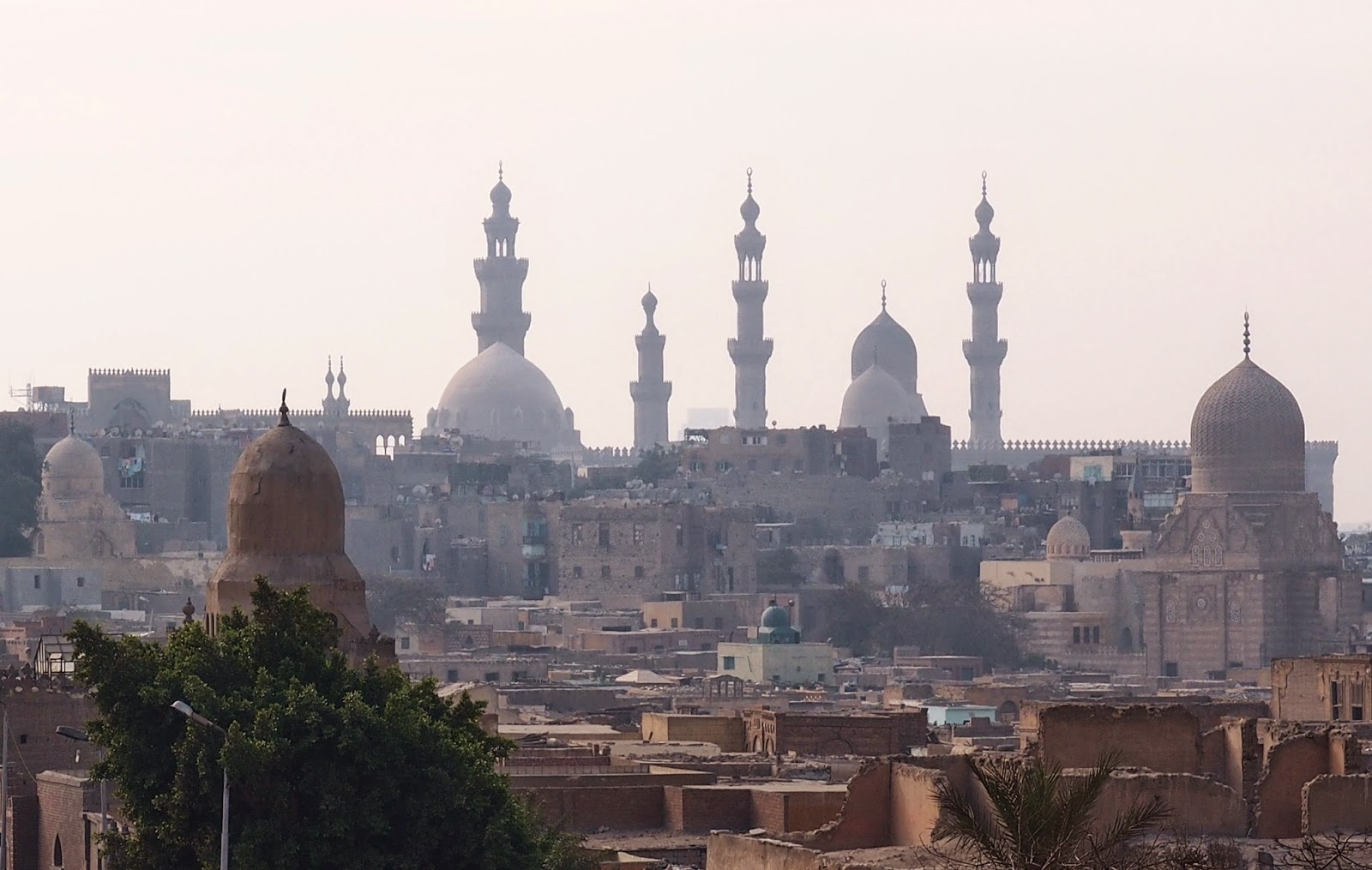 Posted by Michael Rochlitz at 10:47