Driving south from Tripoli along the Lebanese coast in the evening, you get a beautiful view of the sunset behind Beirut: 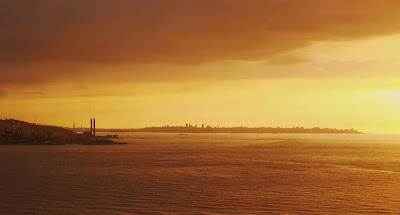 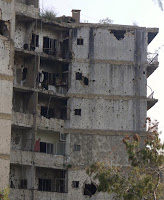 Beirut is one of the most interesting places I know. Although
the destruction caused by the civil war (1975-1990) was still
visible in December 2011, the city is incredibly dynamic, bustling with life.


Car horns are honking, building sites are everywhere,
and in the evening thousands of people enjoy walking
through the newly restored city center or along the seafront. 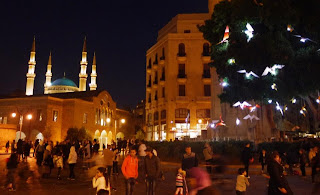 One evening, walking along the corniche, I stumbled on a TV discussion being recorded on a rock in the sea, just below the promenade: 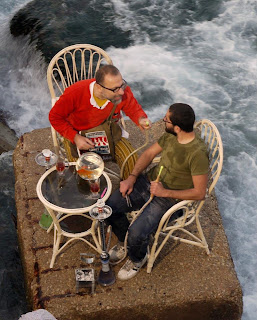 People were sitting in boats to watch the filming: 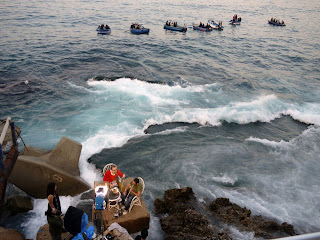 Beirut is incredibly diverse. In East-Beirut, the streets often look like those of a noble suburb in Paris, and loudspeakers from a Christmas-tree shop were blaring out petit papa noel.

Around the centre, one can still find the odd Ottoman or French-mandate building that has survived both the civil war and post civil-war reconstruction efforts: 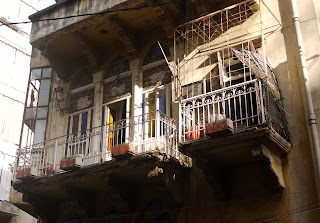 Muslim West-Beirut is where business is done, with the streets around the American University busily bustling with people. In the southern suburbs, Hezbollah has a strong presence, with support for Syria extensively displayed: 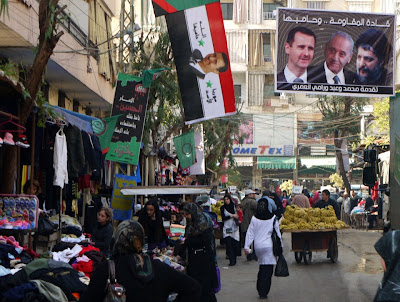 Just a couple of minutes walk from this place, you come to the Palestinian refugee camp of Shatila. Since the massacre of 1982, the once low-rise refugee huts have been transformed into high assemblies of concrete blocks. The streets in between are so narrow and dark that even during the heat of the day, you feel a cold shiver. The picture below is a street along the border of the camp, not far away from the Ramallah Primary School operated by UNRWA. 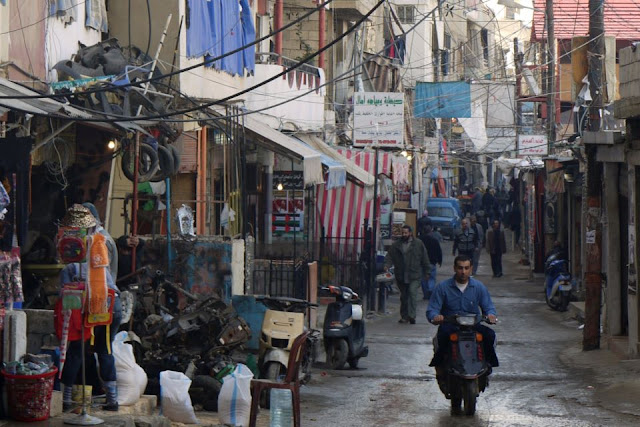 When I passed by the gates of the school, I had to think about Omar Yussef, headmaster of an UN school for girls in Bethlehem and main protagonist of an excellent and  insightful series of crime novels about contemporary Palestine, written by Matt Rees.

Just afterwards, I met these guys. The one on the right was a baker, who invited us all to an excellent éclair au chocolat: 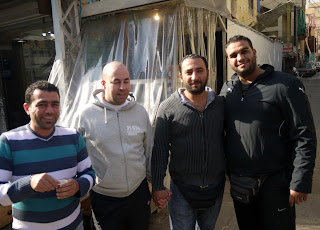 An omnipresent figure in Beirut is the late Rafiq Hariri. Although assassinated in 2005, his picture can still be found on every street corner: 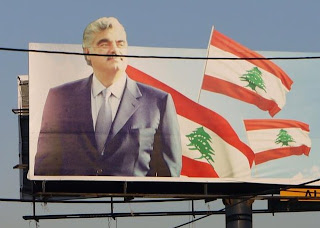 Hariri made a lot of money in the 1970s, owning a construction firm used by the Saudis. Once he became Lebanese prime minister in the 1990s, he was the main figure behind Solidere, the company for the reconstruction of Beirut's city centre. A good book on Hariri is Killing Mr Lebanon, by Nicholas Blanford.

Ironically, the place where Hariri was assassinated in 2005 (by a road bomb near

the Hotel St. Georges) is now adorned by a huge poster attacking Solidere.
The company is criticized for paying no attention to Beirut's historical
heritage when restoring the city centre (chapter 7 of this excellent
book on the loss of cultural memory gives a detailed account). 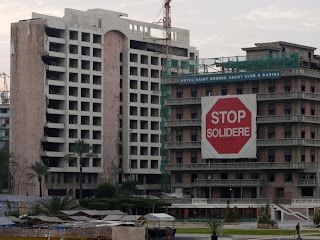 After a week in Lebanon, I was deeply impressed by this vibrant, diverse and complex country.

When the plane took off back to Istanbul and the city disappeared below, somebody's cellphone rang. It was playing the famous song by Lebanese singer Fairouz, Li Beirut. 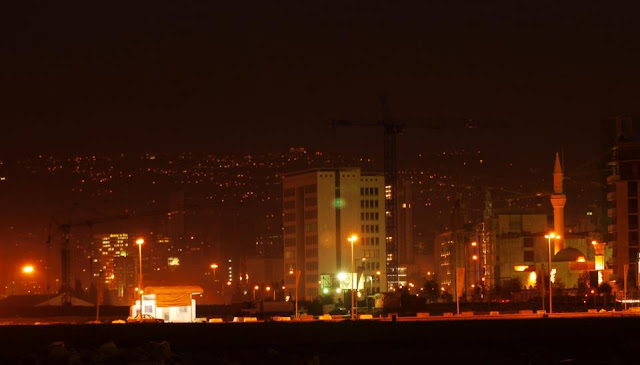 Posted by Michael Rochlitz at 08:47