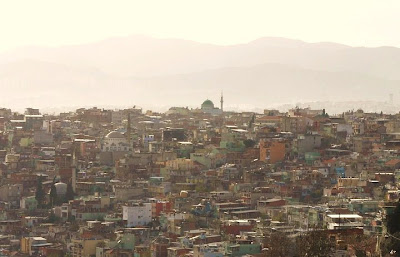 Before Christmas 2010, I spent a couple of 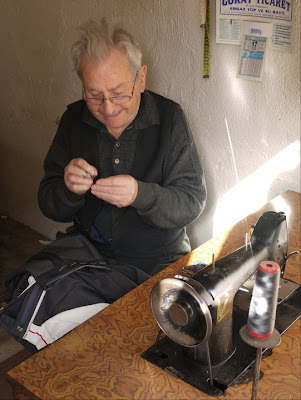 days in Western Turkey. On a sunny
Sunday, I was walking up a hill behind
the old town in Izmir.

In his small shop, a tailor was using an old
German sewing machine.

Fruitsellers were selling fruit, children played in the streets, women were sitting in the sun, and an old men attentively read the daily newspaper: 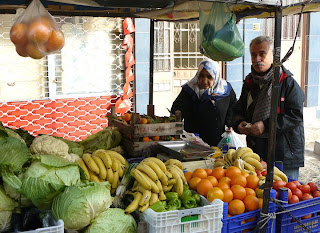 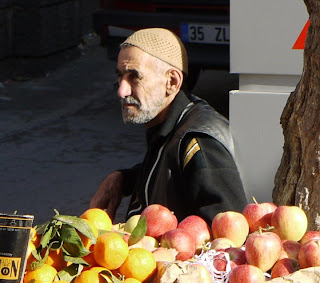 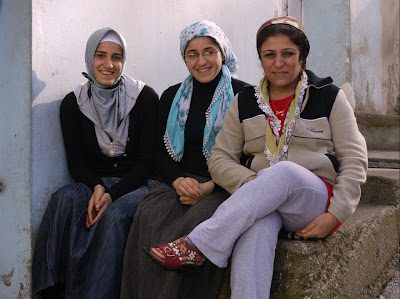 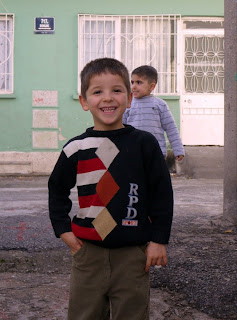 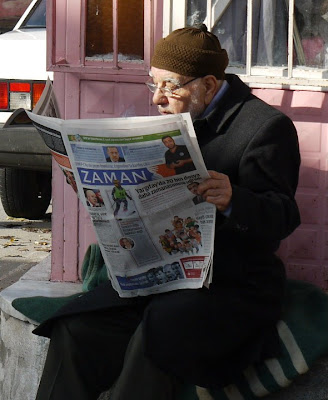 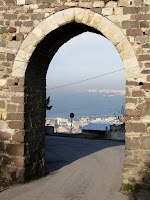 On top of the hill was the castle of Kadifekale, first constructed by one of Alexander's generals around 316 BC. Most of the walls were probably from newer times, but looking around one could still easily imagine Alexander's armies passing by, with one of his generals saying: "Let's build a castle on this hilltop, because this is a good spot to build a castle!".


And a good spot to build a castle it was, widely overlooking the harbour and the sourrounding countryside: 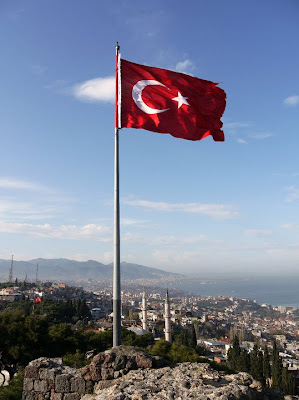 After dreaming for a while about Alexander's armies riding east, I walked down along the other side of the hill. Turning a street corner, I found myself all of a sudden in the middle of what looked like an earthquake-zone. Most of the houses were completely destroyed, and people were sorting throught the rubble to safeguard pieces of wood and iron: 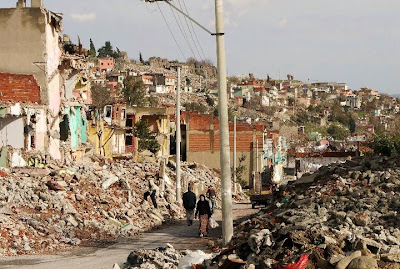 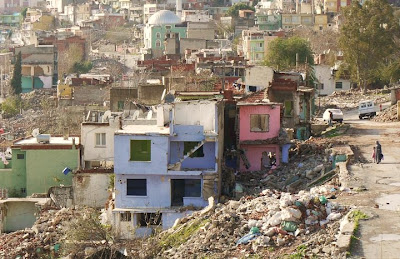 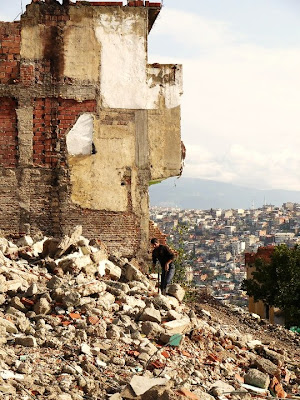 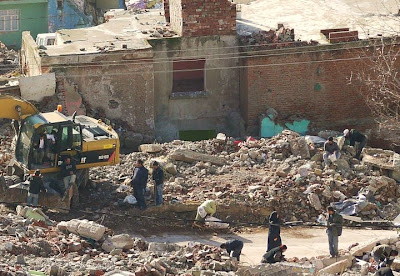 Walking around, I met a young girl. She told me that most of the people living here were Kurds, that the government had torn down their houses, and that everything was very bad. She was a very bright person and eager to communicate, but unfortunately I missed many of the things she told me, as I basically don't speak Turkish. But we walked around for a long time, and she introduced me to her neighbours and friends: 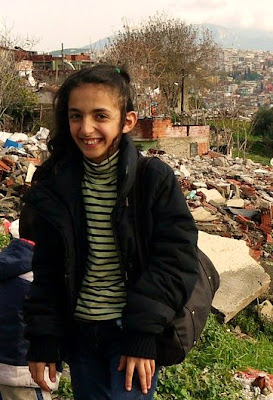 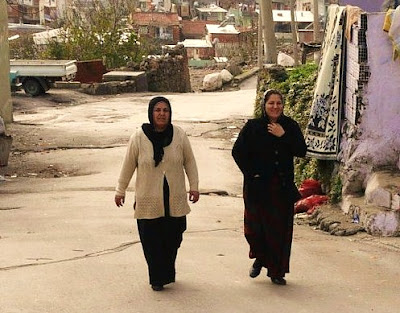 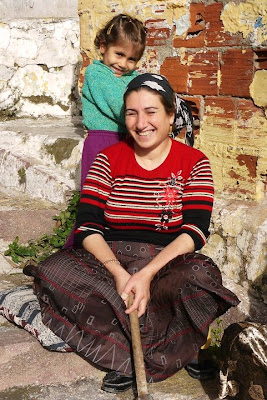 Intrigued about what had happened in their district, I started to make some research when back home, but initially didn't find much. Until I was looking again a couple of days ago, when I found a very well written and interesting report by two economists from Izmir University of Economics and Middle East Technical University, Neslihan Demirtas-Milz and Cenk Saracoglu:

The Urban Renewal in Kadifekale, Izmir: The Crossroads of Neo-Liberal Restructuring of Urban Space and Migration Through Internal Displacement (2011).

Demirtas-Milz and Saracoglu place the problem into the wider context of the transformation of gecekondu (i.e.squatter) districts in big Turkish cities. Often located near the city center, these neighbourhoods of low-income housing are inhabited mainly by Kurdish migrants from eastern Turkey. As land near the city centers is valuable, migrants are increasingly evicted from their houses and settled in social housing projects along the city outskirts (Saracoglu has also written a book about the subject).

Kadifekale is a special case though, as the site is allegedly placed in a hazardous landslide area, and is supposed to be transformed into a park. At least in theory, evicted inhabitants should get compensation, and are eligible to buy appartments in subsidised social housing projects. However, many of them do not have formal ownership titles, and thus have no right to get compensated. And then the social housing is generally far from the city center. As most migrants work on local markets, they would lose their jobs if having to leave the area, in addition to losing the social ties and connections that existed in their old neighbourhood.
Posted by Michael Rochlitz at 14:15