This year, Chongqing has been the theater of one of China's most significant political scandals during the last 20 years.

Its popular mayor Bo Xilai, former minister of commerce with ambitions to the highest positions in party and state, was ousted in March in an affair that included his police chief seeking refuge in an American consulate, and his wife being accused of murdering a British businessman.

Bo had been popular in Chongqing for pursuing generous social policies, and cracking down on crime and corruption. However, due to his use of Maoist slogans and an often intransparent, hands-on approach of doing business, his opponents accused him of 'neo-leftist populism', and of undermining the rule of law.

In early May, posters of Bo's campaigns were still widely visible throughout the city: 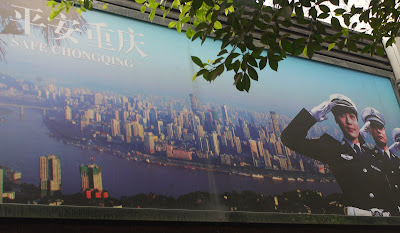 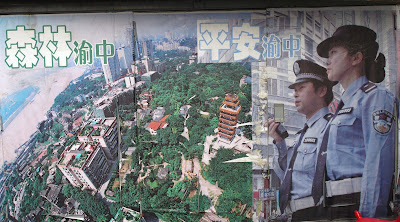 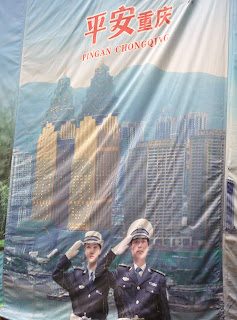 The Bo Xilai affair with its multiple layers and meanings offers a range of interesting insights into the otherwise obscure world of Chinese politics.

First, the scandal permits a glance behind the facade of party unity, which had been carefully maintained since Tiananmen. It reveals how different factions struggle for power within the party. Some of these struggles have their origin in the 1980s and before, and are now continued by the children and followers of politicians that occupied prominent positions during the early years of reform. John Garnaut has an excellent article on this in Foreign Policy, the ideas of which he further developed in a recent book on the topic.

Second, the affair reveals the nervousness that always accompanies a leadership change at the top of Chinese politics. 2012 is an important year, as 7 of the 9 members of the Politbureau Standing Committee (the highest and most powerful decision-making body in China) are going to be replaced.

Using Chongqing as a platform, Bo Xilai conducted an agressive campaign to recommend himself for one of these posts. However, it seems that he was not able to secure enough support in time, so that his opponents managed to bring him down before he was able to make himself untouchable by becoming a member of the country's top leadership. A reason for the opposition Bo was facing might have been his use of populist Maoist slogans (e.g. as mobile phone messages sent to Chongqing's citizens), showing the deep fear the reformist faction in the Chinese government still has of a backslide into Cultural Revolution-style politics. It seems that a key objective of the group around Hu Jintao and Wen Jiaobao is to secure Deng Xiaoping's pragmatist legacy for the next ten years, and it is well possible that Bo's ascent was seen as a threat in this respect.

Finally, the story also illustrates the intense competition between different economic models that is taking place across China's provinces. It is widely seen that this open and experimental approach played an important role in China's economic success during the last 20 years (see a recent book). Economic policies are tried out on a provincial level, before being implemented nationwide.

While the Chongqing-model favoured by Bo Xilai promoted a state-centered approach to stimulate investment and consumption, it is often contrasted with the more liberal approach implemented in the province of Guangdong (see this article in the Economist in favour of Guangdong, while a recent piece in Foreign Policy points out the advantages of Chongqing). In this light, the Bo Xilai affair can also be seen in the wider context of a struggle about concepts, ideas, and China's economic future during the next decades. 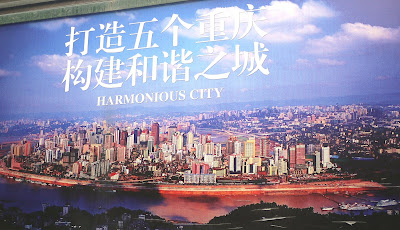 Posted by Michael Rochlitz at 15:18