Early one morning in Kashgar, I rented a bicycle and left the city westwards, towards the Pamir mountains.

A bit outside of the city centre, the ambling cyclist soon finds himself in a maze of small roads and villages. A fresh wind was blowing, along the roadside small brooks purled along, and children were playing in the streets. 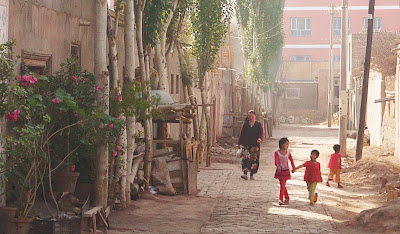 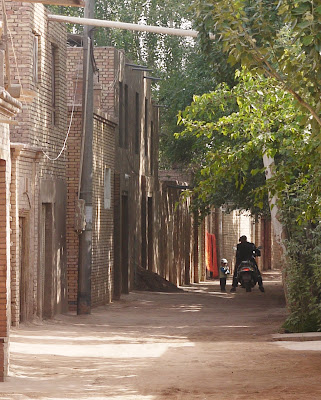 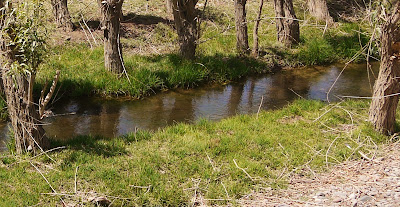 After some time, I came to a small village square. The place was still very quiet and sleepy. 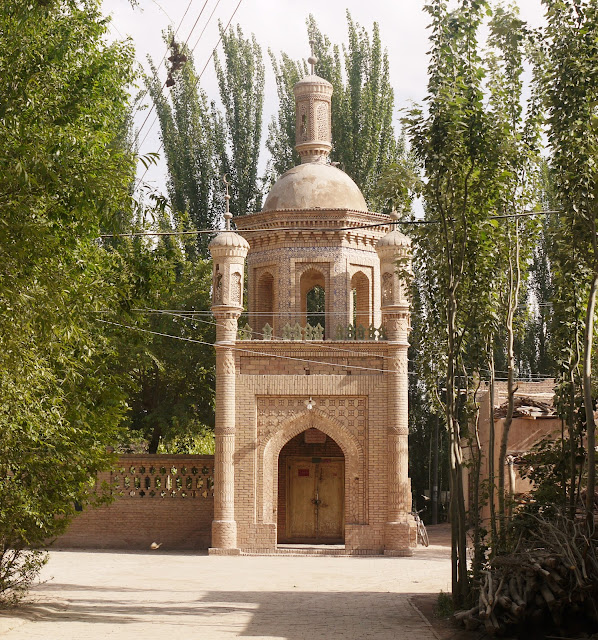 A bit further along the road stood a mosque. 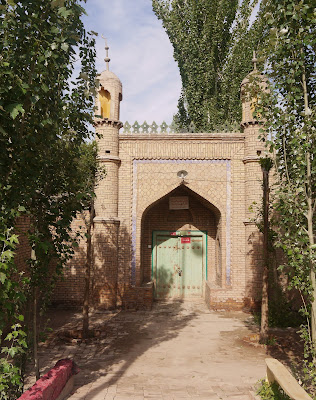 In the fields between the villages, people were working, while their children were playing in the ditches near to the road. 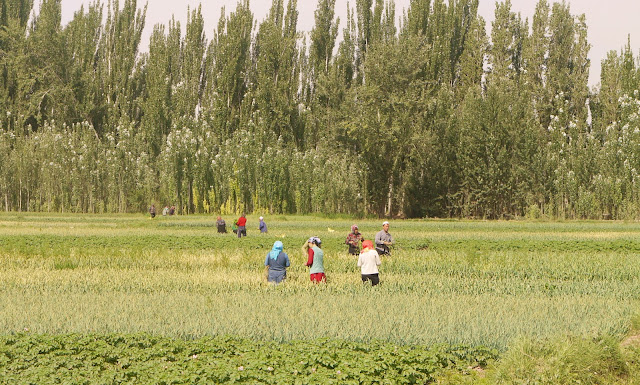 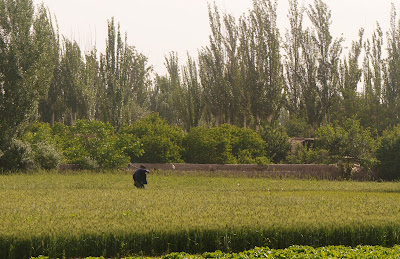 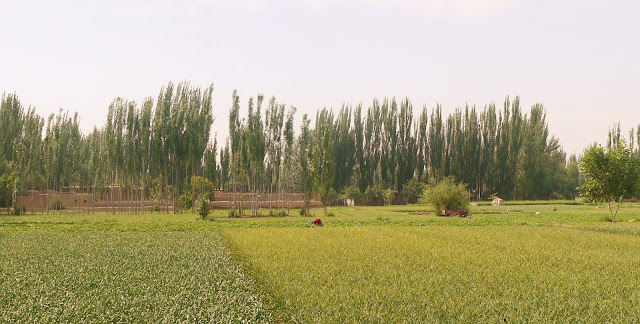 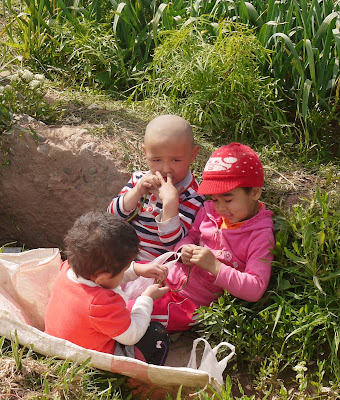 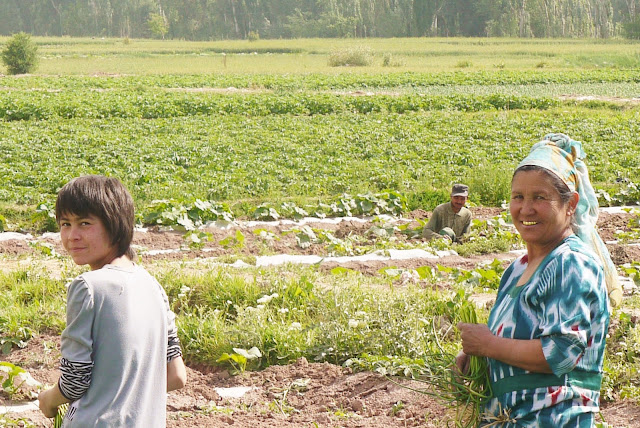 Taking a rest under a tree, I all of a sudden saw something that looked like an old gate or fortress: 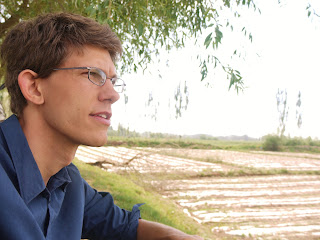 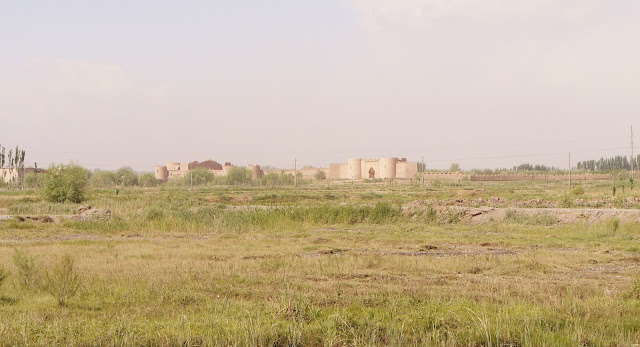 Getting closer, one could see that the structure was indeed a fortified gate. During my journey to Kashgar, I had been reading Gary Jennings' The Journeyer, where Jennings describes Marco Polo's travels to China. In the book, the Polos were stopped at a desert gate before being allowed to continue towards Kashgar.

Although I have no proof, I'm sure that this must have been the place: 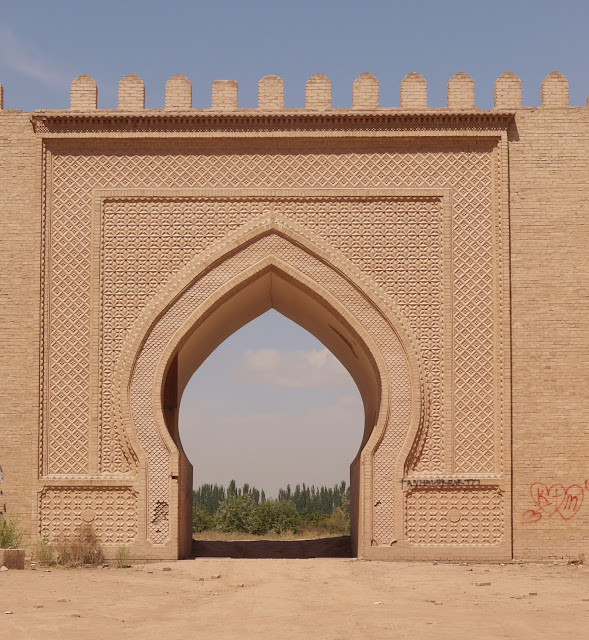 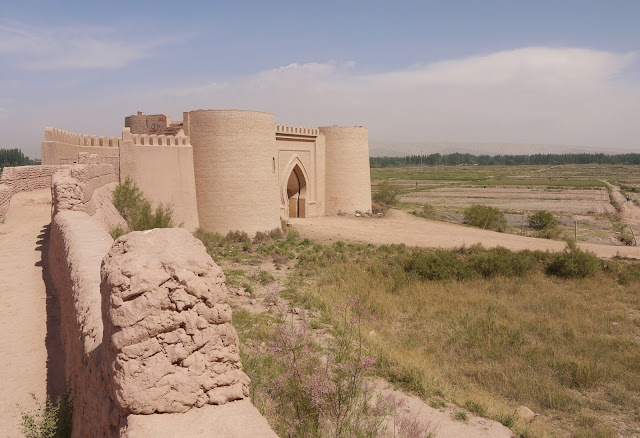 On the gate, I met two dudes who had also made the trip from Kashgar. Together, we watched a tractor slowly passing through the gate and rattling out into the fields. 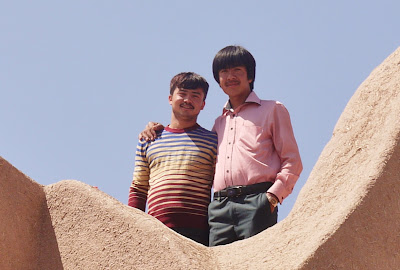 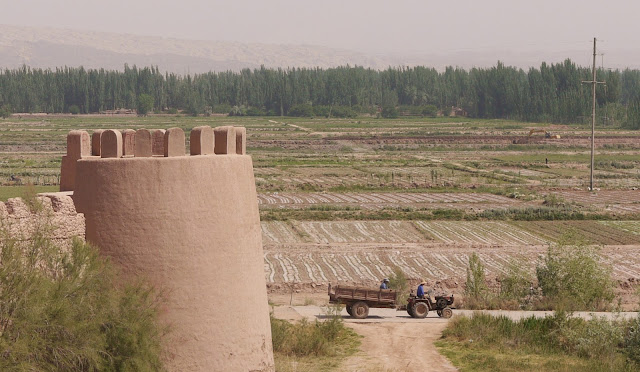 The gate was actually quite large, and also had a second entrance further South. 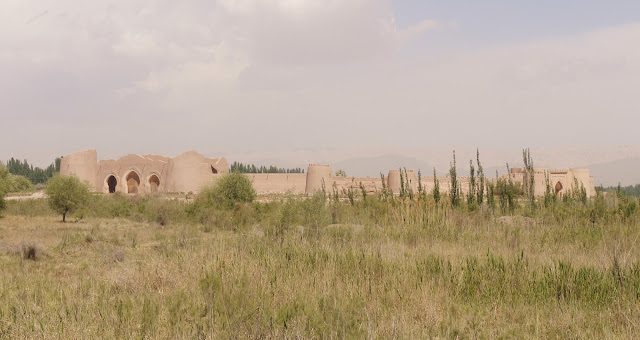 On my way back, I passed by a small lake in front of a cemetery. The place reminded me of an old puppet fairy-tale that my sister and I had watched on TV in the early 1980s - the story of Kalif Storch (when the caliph and his vizir get to the lake - see here from 10:00 onwards). 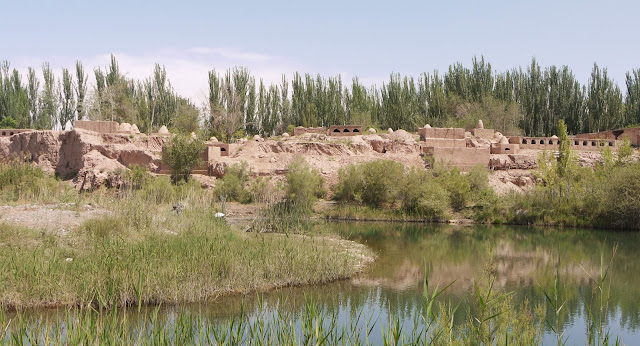 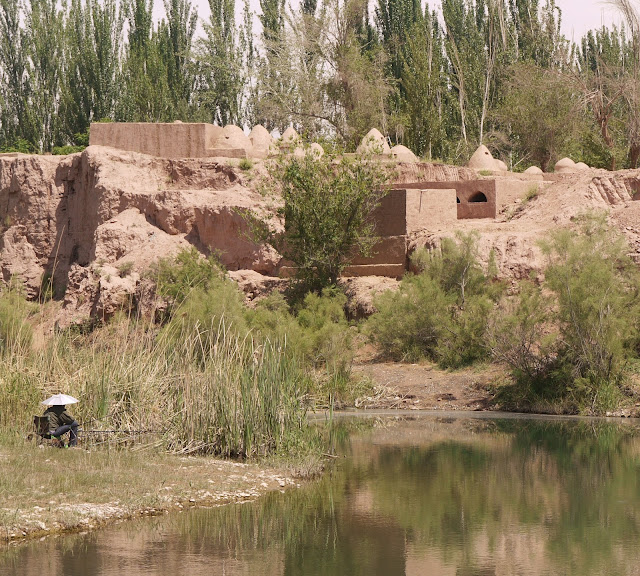 Shortly before reaching again the centre of Kashgar, I came through a village that was privileged to have public radio broadcasts in every street (a bit like in these old cultural revolution movies). 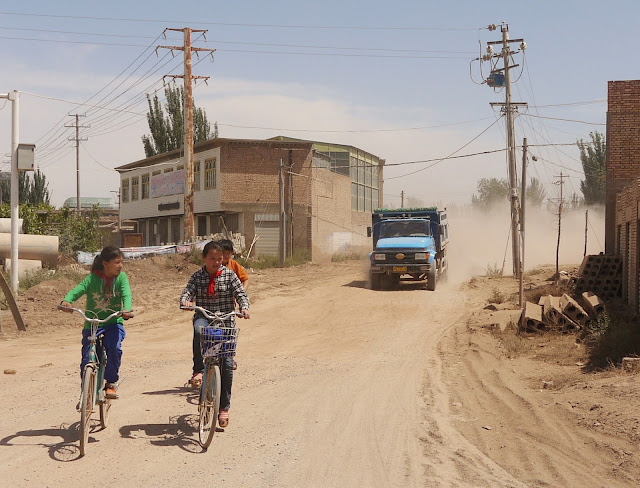 Posted by Michael Rochlitz at 15:09