In early August, the air on the plateaus and mountain chains of the Middle Atlas is glowing under the scorching sun. Even the sheep and the donkeys are seeking places in the shade: 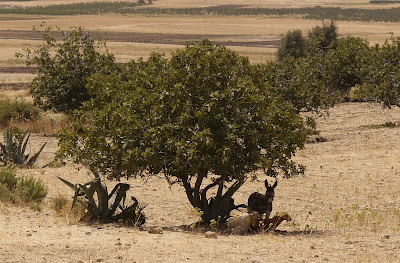 But after a winter spent in Russia, I enjoyed hiking in the glowing heat. It gave one a feeling of adventure, of crossing deserts and wild places, as if following in the steps of travellers like my childhood hero Wilfred Thesiger. 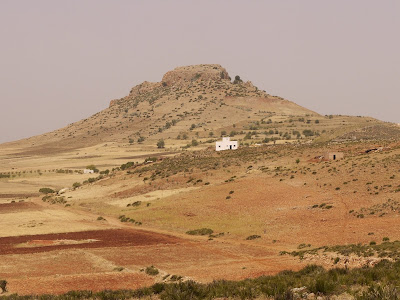 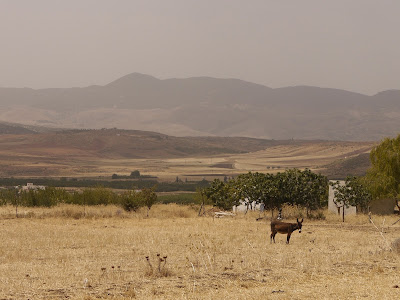 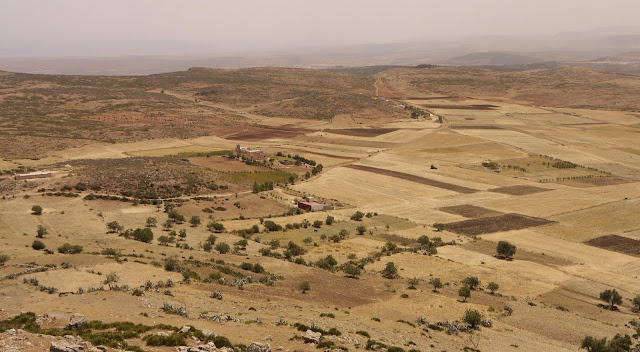 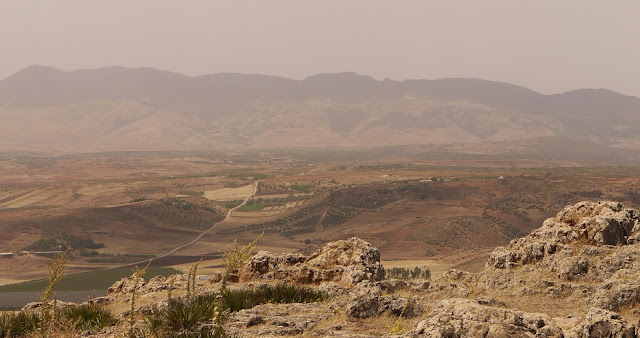 I stayed in the village of Bhalil, a small town 25 km south of Fez, in a beautifully renovated Moroccan guesthouse. In the house, every time one came home after a walk through the mountains, a glass of freshly pressed orange juice was waiting. 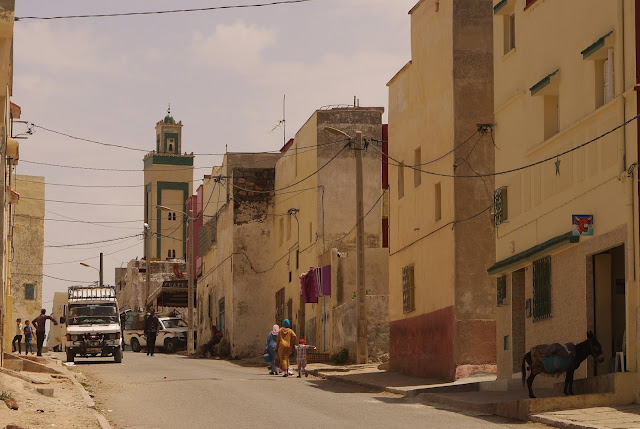 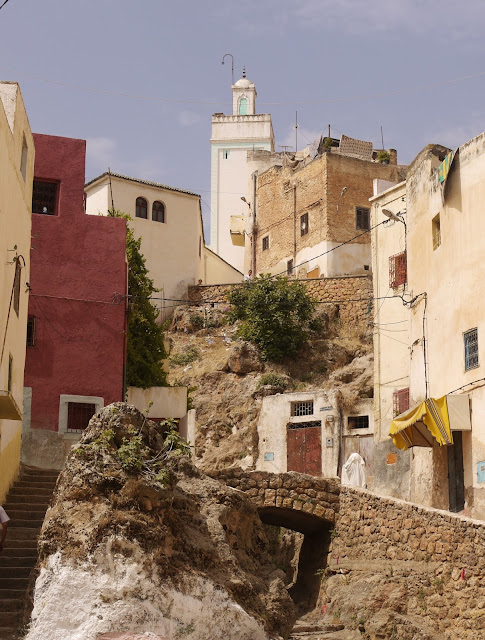 From the terrace (where breakfast was served in the morning), one could see the path leading up to the plateau: 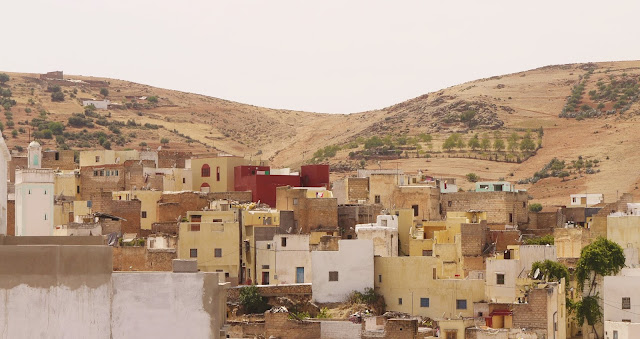 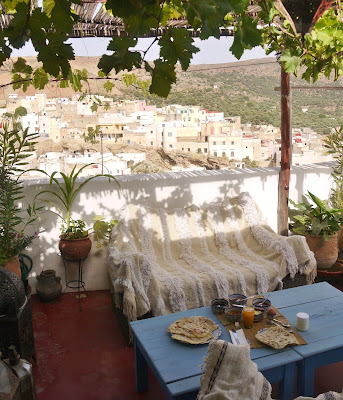 The plateau was crossed by many valleys and dried-up rivers: 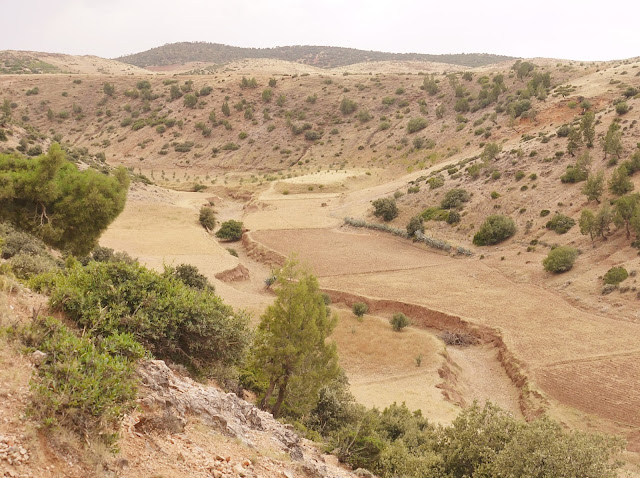 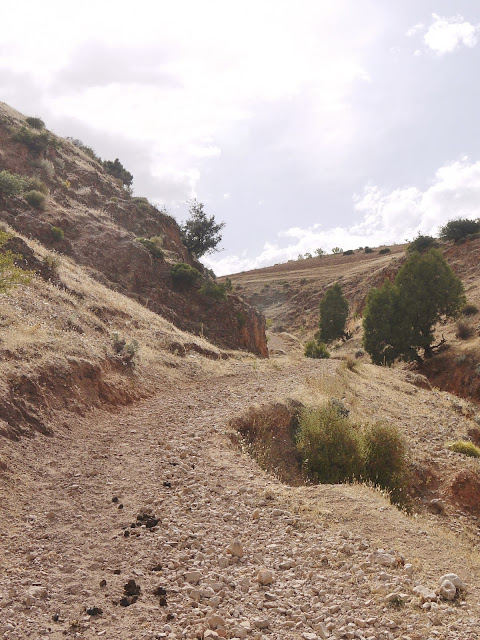 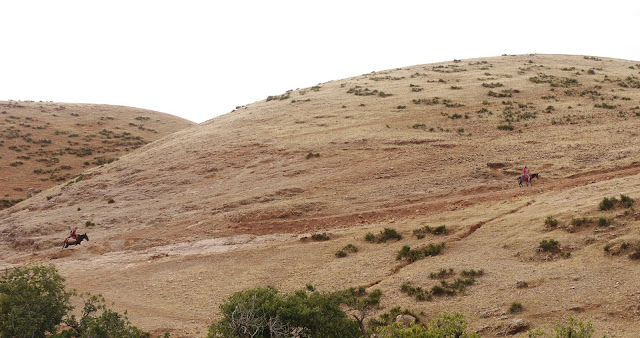 At one place, the ground suddenly became green, and then there was a spring: 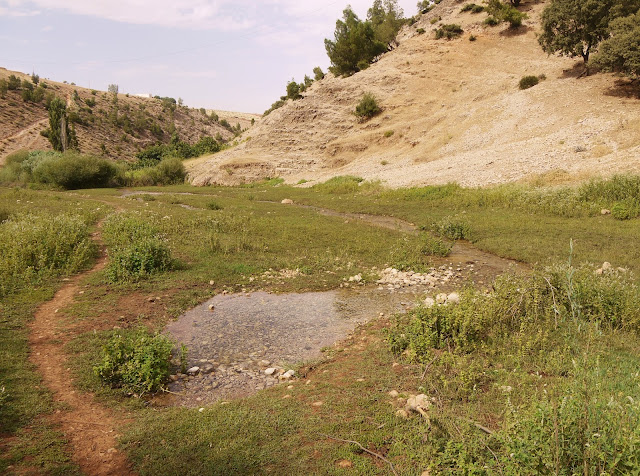 A bit downstream on a sidearm of the newborn river, people were watering their donkeys: 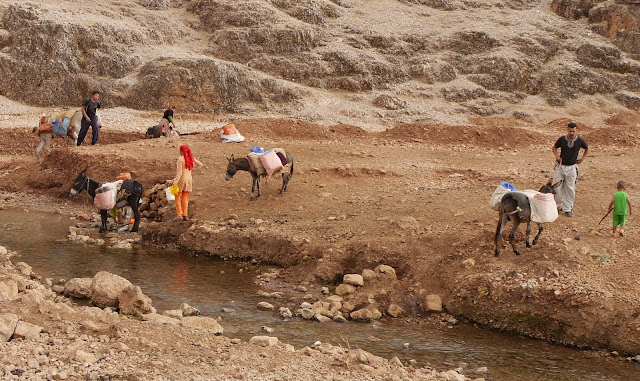 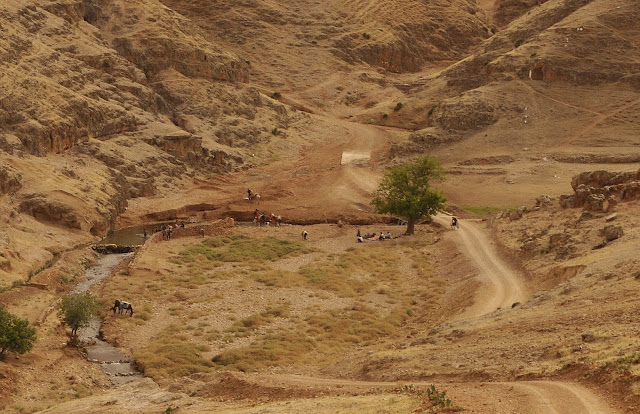 Following the river, one eventually arrived in the town of Séfrou. As it was very hot, people were enjoying themselves in the water: 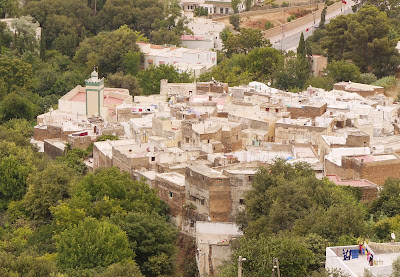 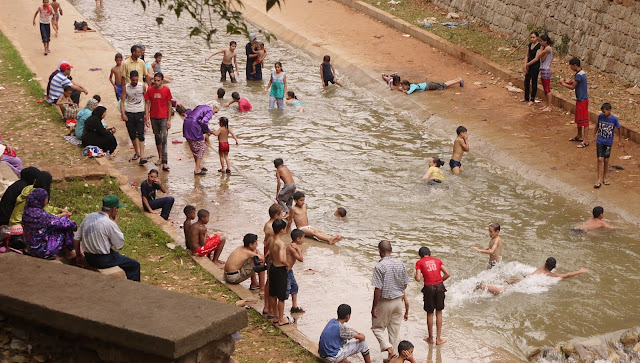 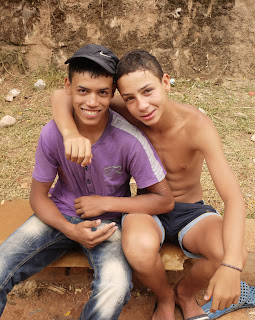 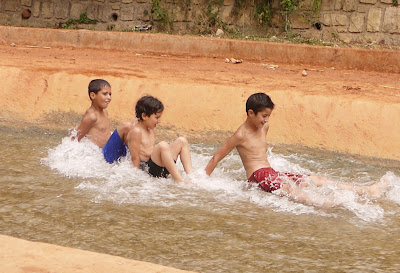 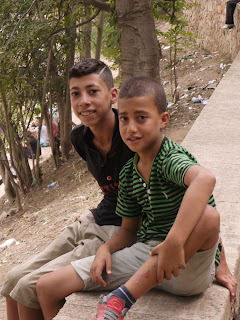 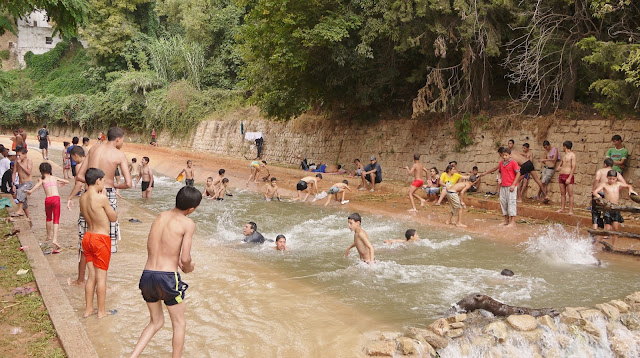 Séfrou itself is a lively marketplace, with intense trading going on behind the walls of the old Medina. 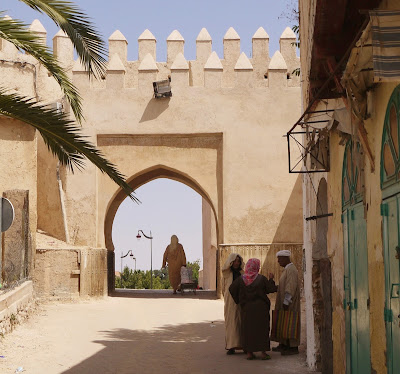 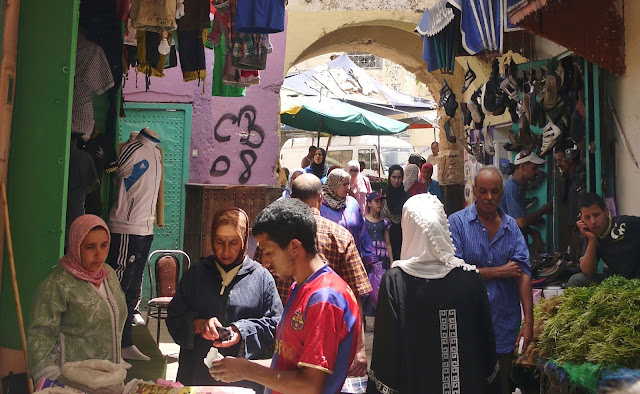 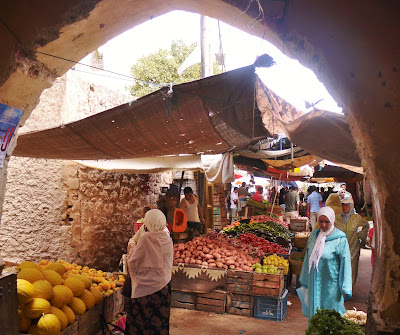 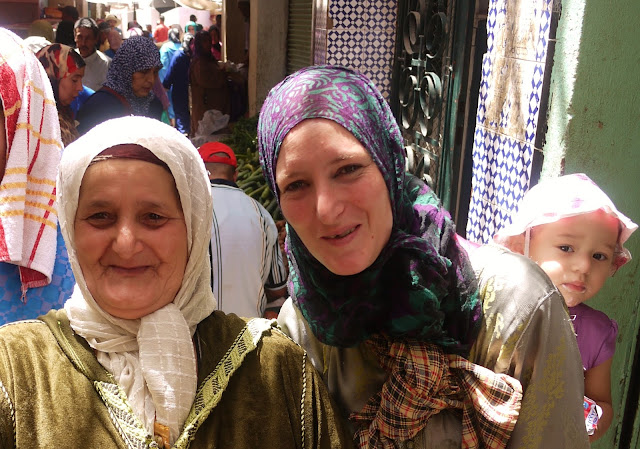 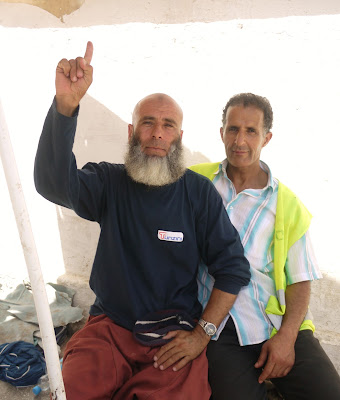 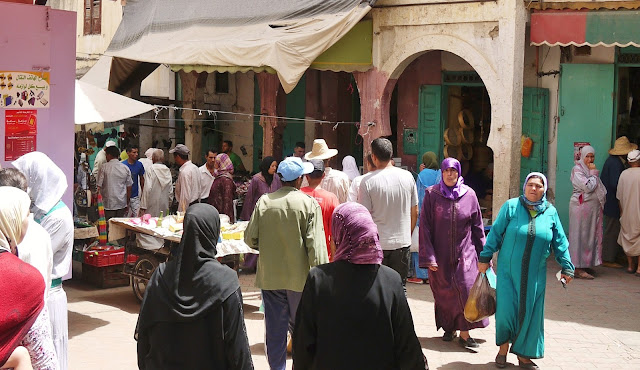 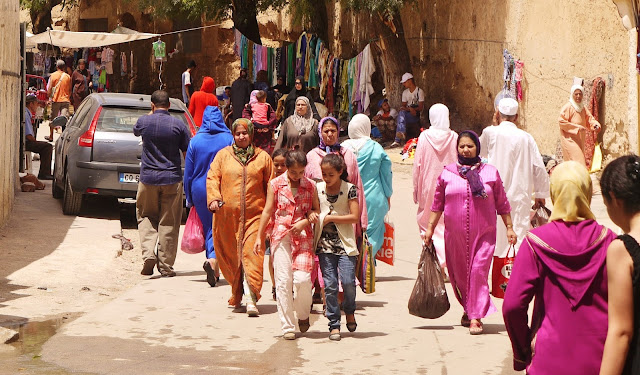 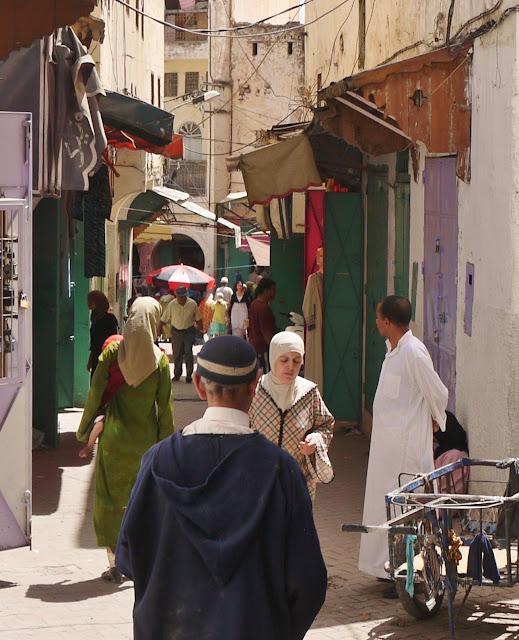 Posted by Michael Rochlitz at 10:22