After arriving for the first time in Hong Kong, the impression you get when exiting the metro is that of the imminent aftermath of a population-bomb explosion: 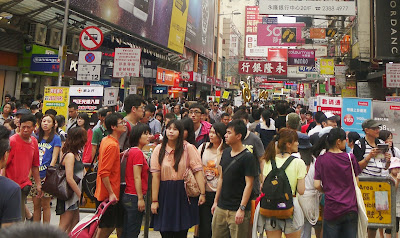 While the view from your hotel window looks probably something like this: 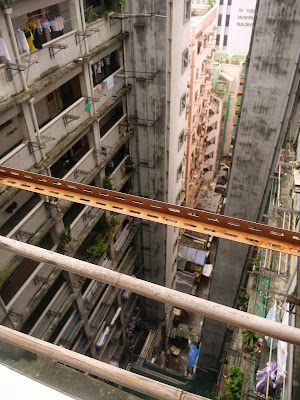 During these moments, it's difficult to imagine that Hong Kong can actually be a hiker's paradise. However, after spending a day walking through the steaming crowds and taking a picture of a giant yellow duck in Hong Kong harbour... 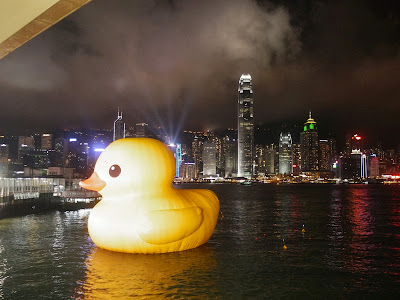 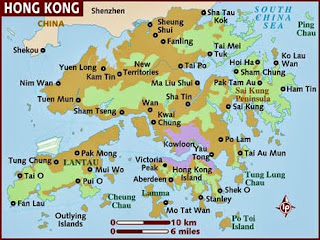 ...I took a 30 minutes train ride train to Lantau island the next morning, and from Tung Chung train station it's just a few steps and you're on a well-marked path in the middle of the rainforest. 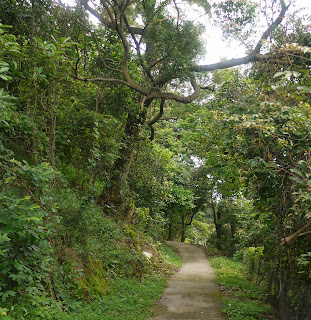 After a while, the path starts meandering through lush green fields: 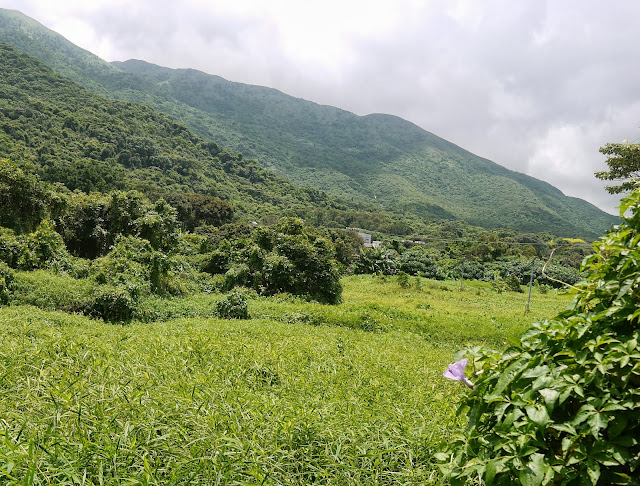 It takes about 4 hours of hiking along the West coast of Lantau Island to arrive in the small fishing village of Tai O. 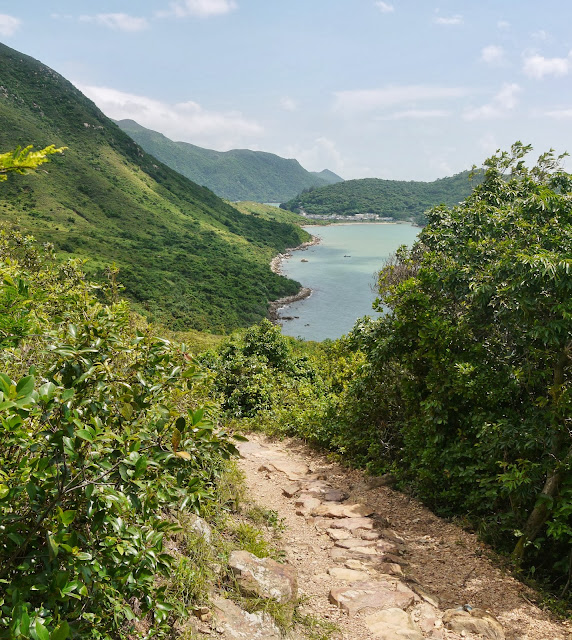 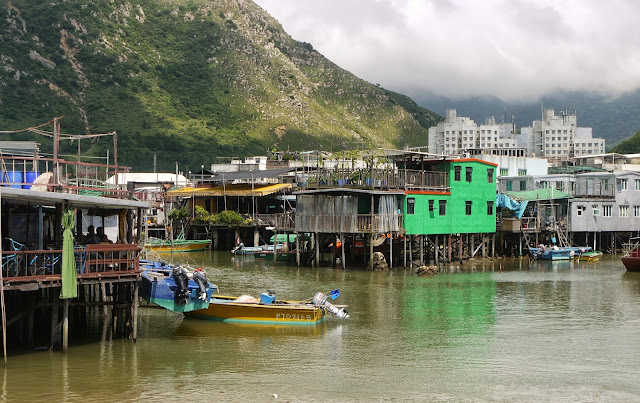 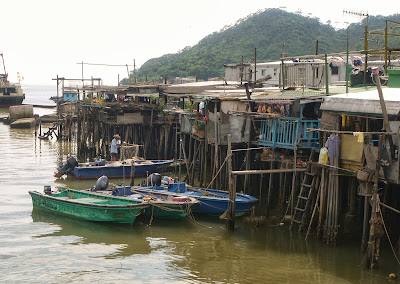 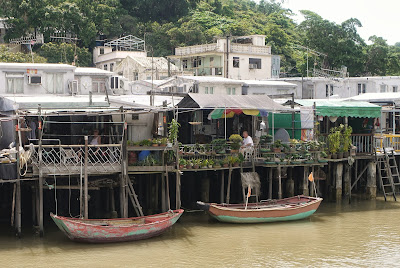 In Tai O, I met Dan and Rob from Wales, and we had a beer. 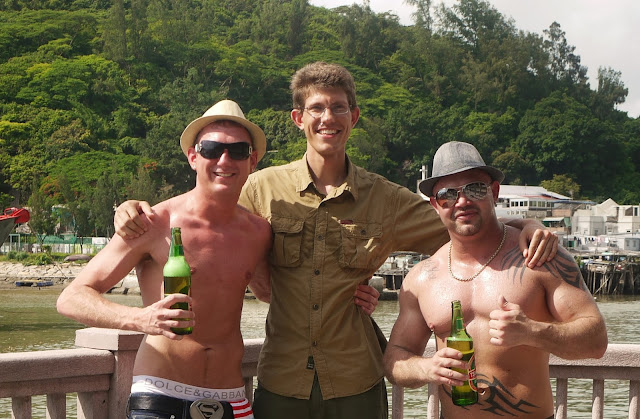 But one does not have to travel far to hike in Hong Kong. From the very center of the city, an hour-long climb brings you up to Victoria Peak, with its views, green forests, hidden springs and paths that one would never expect to find in the heart of a city with 7 million people: 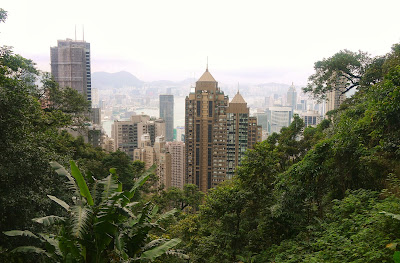 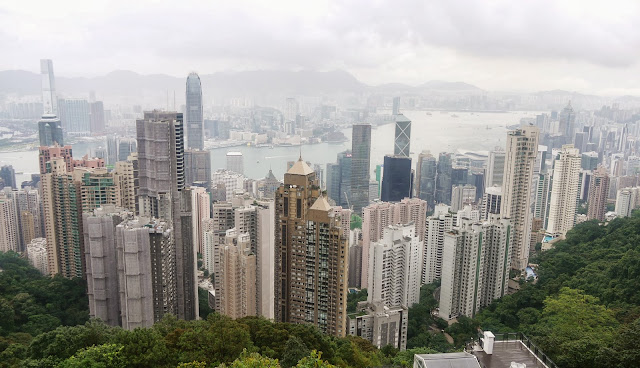 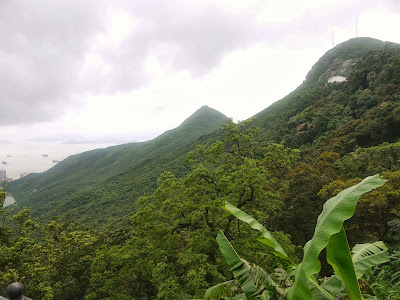 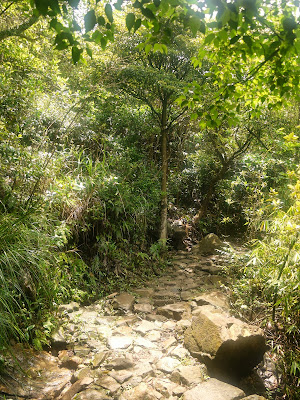 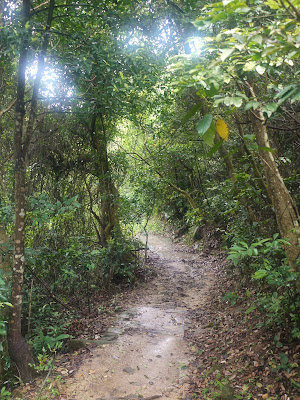 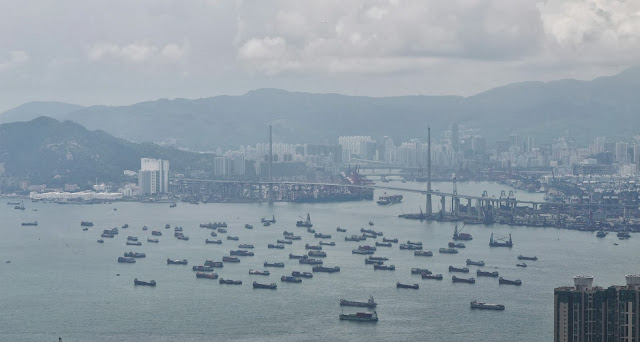 When I came to this spring, a long black snake slithered across the path just in front of me. Being sure to have just narrowly escaped from an evil Asian killer snake, I later checked on the internet. From what I found, though, the snake was most probably a common rat snake (agressive, but not poisonous). 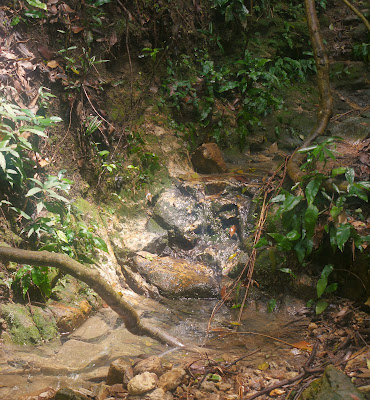 On my last day in Hong Kong, I went back to Lantau, this time to climb to the Big Buddha in the center of the island. 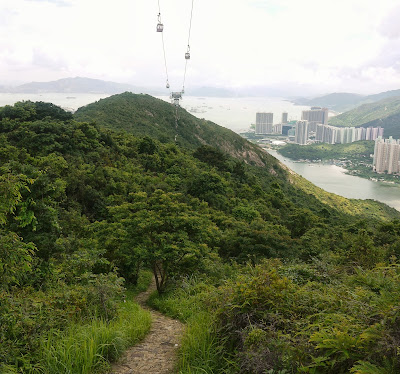 From the path, one had nice views of Hong Kong airport. 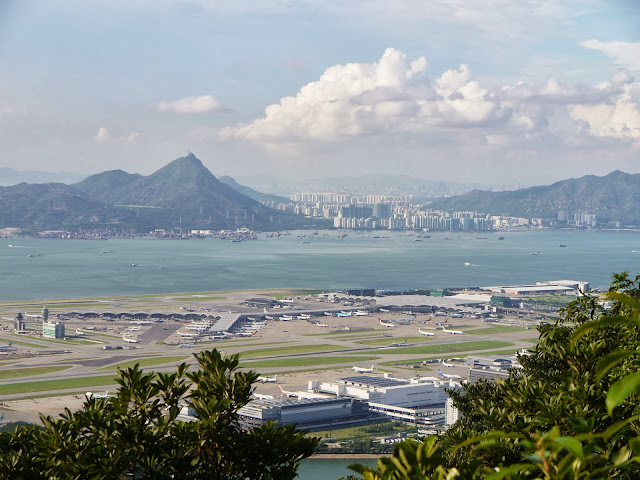 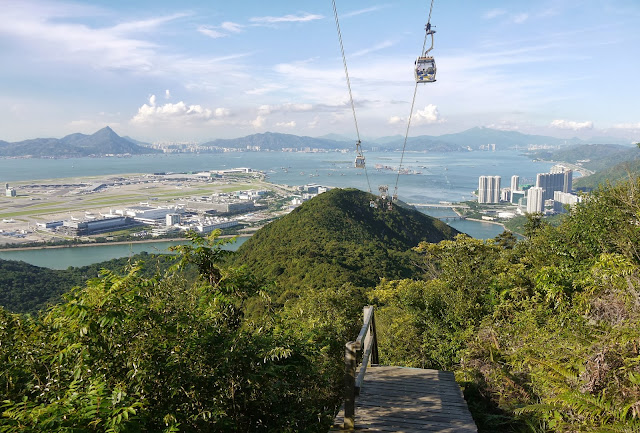 So I spent a lot of time taking videos of planes starting and landing:

Finally arrived on the mountain, there were these strange structures in the sea. First I didn't understand what this might be, but then I saw, very far in the distance, the towers of Macao. It really seemed as if a bridge was being constructed: 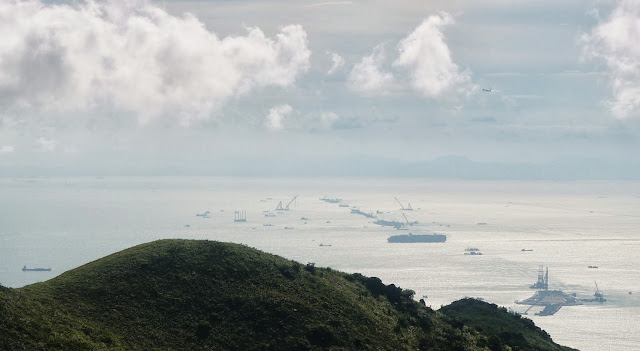 (and it actually is a bridge-building site: the Hong Kong - Zhuhai - Macao bridge is due for completion in 2015, of an overall length of 50 km, and should cost about US$ 10.7 billion)

From the top of the mountain, you could already see the Big Buddha in the distance: 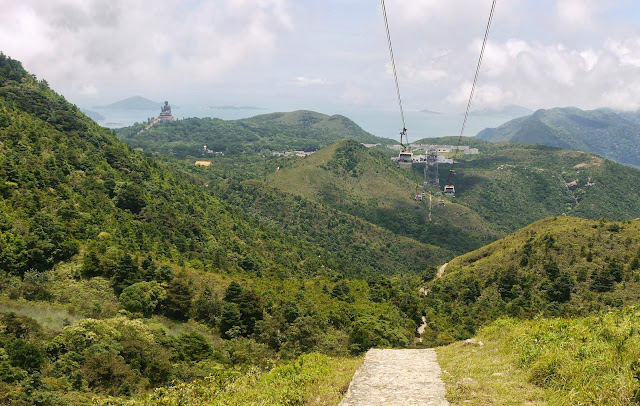 The Buddha looked very serene, undisturbed by all the people that were climbing up to him. 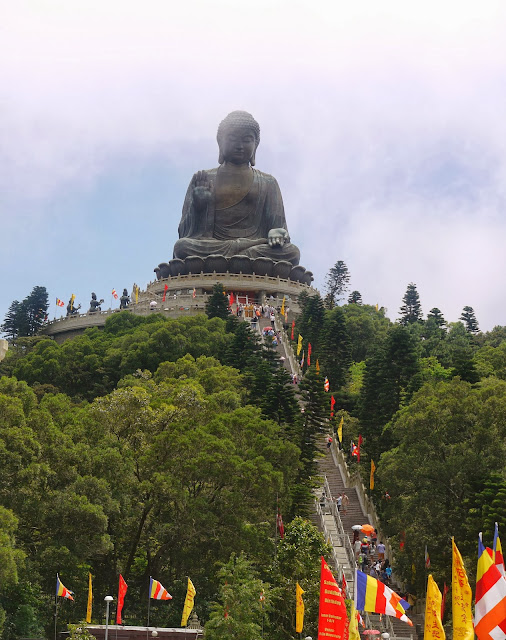 Along the way back, a sort of big cicadas were making a hell of a noise. It took some time to finally get one in front of the camera: 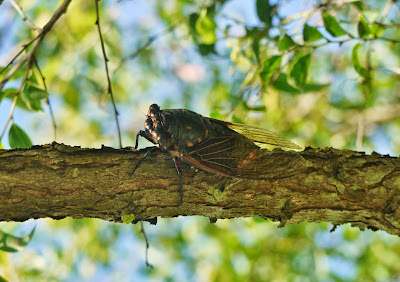 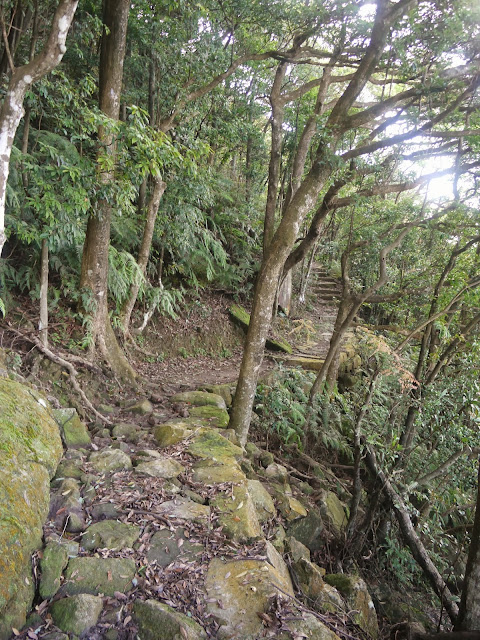 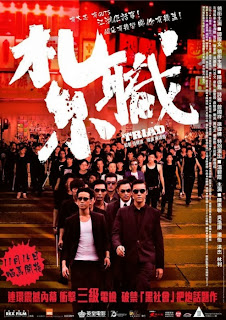 A day after watching Hong Kong airport from above, I was myself sitting in the departures hall, waiting for my flight to Munich. In the plane, I watched two excellent recent movies about Hong Kong's criminal underworld:

Triad (2012), by Daniel Chan, about three friends who join the Hong Kong mafia (the way the film describes how the three friends grow increasingly apart when climbing the triad hierarchy remined me a bit of Platon Makovsky and his friends in Pavel Lungin's Oligarch): 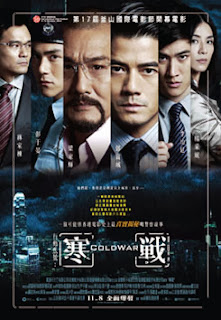 And a film about a mole in Hong Kong's police force (Cold War (2012), by Sunny Luk and Longman Leung):

Posted by Michael Rochlitz at 07:44