Of Tanks, Trucks and Trains

A week ago, early on Saturday morning in Yekaterinburg, the street-lights were still burning. 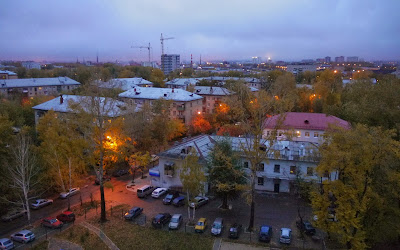 But together with a friend, we were already up and on our way to the town of Nizhny Tagil, 125 km to the north of Yekaterinburg in the Ural mountains. 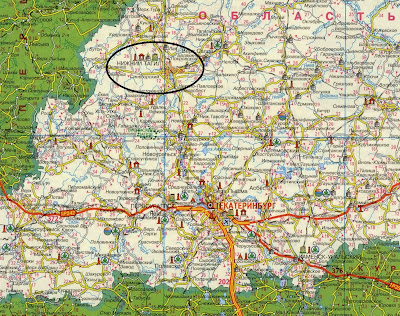 The new Yekaterinburg - Nizhny Tagil highway, which is passing through colorful forests and has only recently been finished, was - a bit unusual for Russian roads - a pleasure to travel on:

As every year in September, the Russia Arms Expo was taking place near Nizhny Tagil, and we were on our way to have a look at the state of Russia's defense industry (which still accords for the majority of Russia's exports outside the natural resource sector). 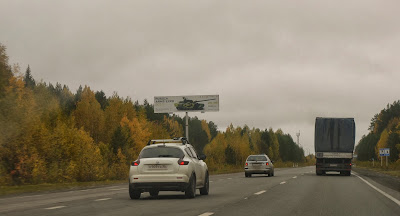 The expo promised to be an interesting event, with a banner near the entry promising nothing less than your new access code to the global arms market. 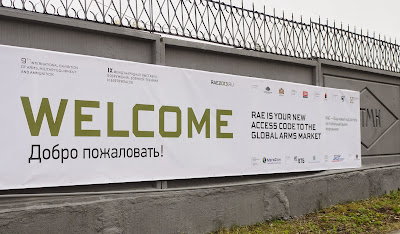 Just behind the entry gate stood an old Soviet fighter aircraft (and judging from the indentation in the tarmac, it had been standing there already for some time): 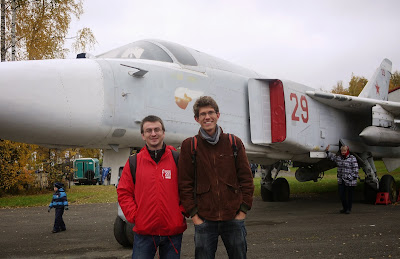 Then came all kinds of modern military equipment. A tank with a build-on extendable bridge: 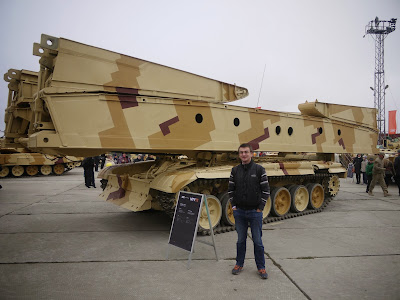 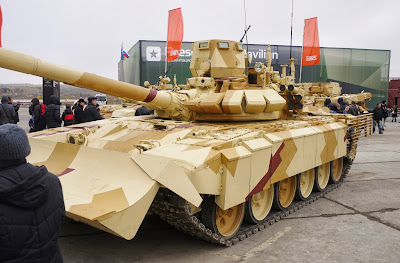 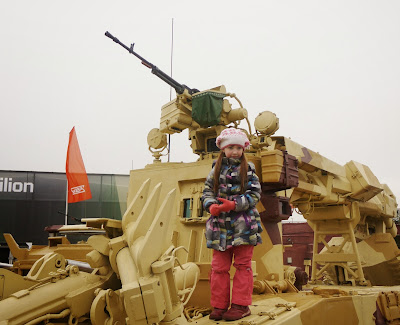 A whole number of heavy Kamaz and Ural trucks: 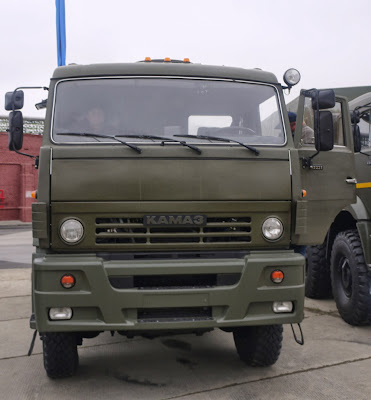 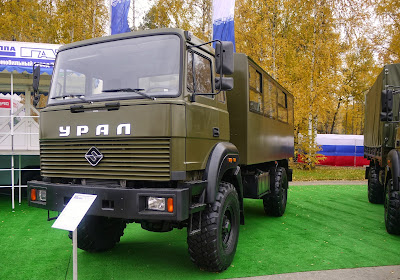 A couple of bulldozers from the Chelyabinsk tractor plant (I recently wrote a review on a book about the early days of the factory). 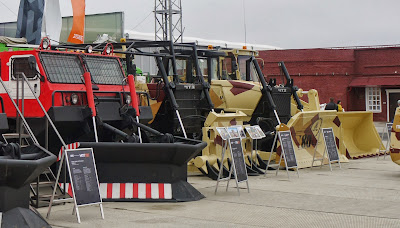 And of course Russia's most modern tank, the T-90c: 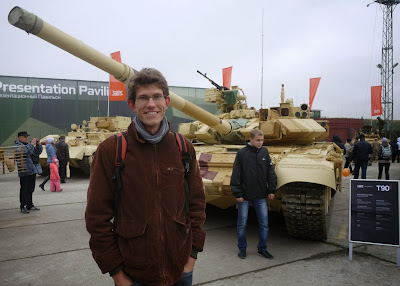 During a moment of inattention of the guard, we sneaked into one of the command-platform vehicles, and tried to launch a surprise missile strike: 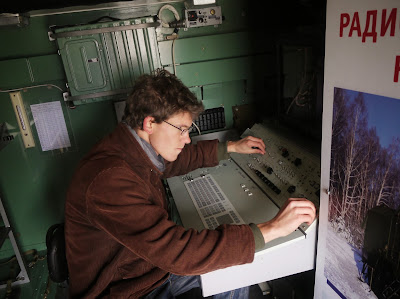 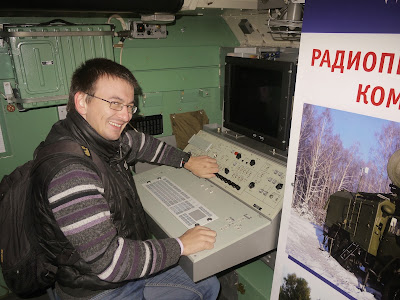 Meanwhile, in three big pavillons, various smaller military equipment was on display (for professional and domestic use): 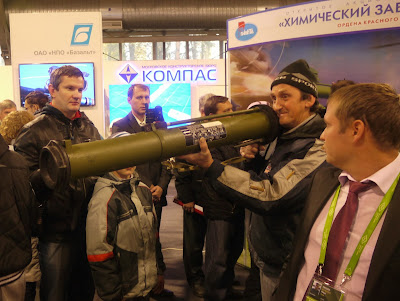 Here we see a piece of advanced communications equipment (soon going to be introduced to the civil market under the name of iPhone 6): 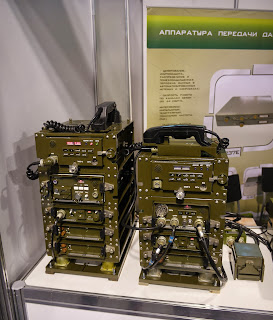 Outside the pavillion, the tank drivers were now getting ready, and were climbing into their vehicles for the practical demonstration part: 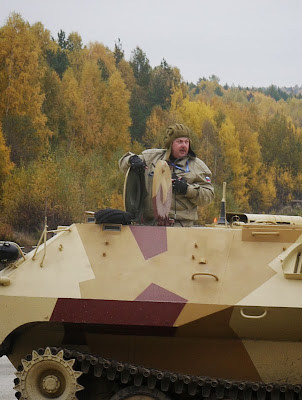 Soon we were among a crowd of impatient spectators (having somehow forgotten to check the weather forecast in the morning and to put on warm clothing, we were not really equipped though for the freezing wind that was blowing down the 70km long test-shooting area, with temperatures near zero): 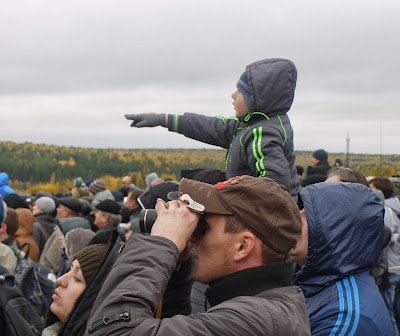 Then the tanks started speeding around. Here we see a T-90c in full action (that the machine-gun ammunition box is falling off after the tank jumps over an obstacle is pure coincidence, and should not lead to premature conclusions about the tank's overall quality):

From the right, two helicopters were flying repeated air-strikes: 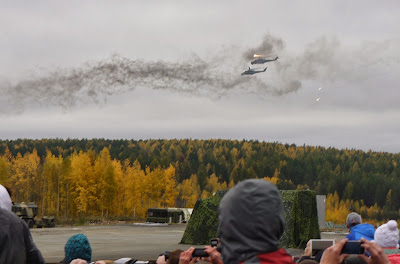 While a couple of heavy tanks were advancing in the center, shooting along:


It was all very realistic. However, when it eventually started to snow, we just couldn't bear the freezing cold any longer, and left for the car.

Before going back to Yekaterinburg, I still wanted to say hello to my friend Sergei (we had met earlier this year in Perm, and Sergei had just now started to work as manager of the railway-car repair shop at the Nizhny Tagil railway station).

We met Sergei at the station, and he proudly showed us his new office: 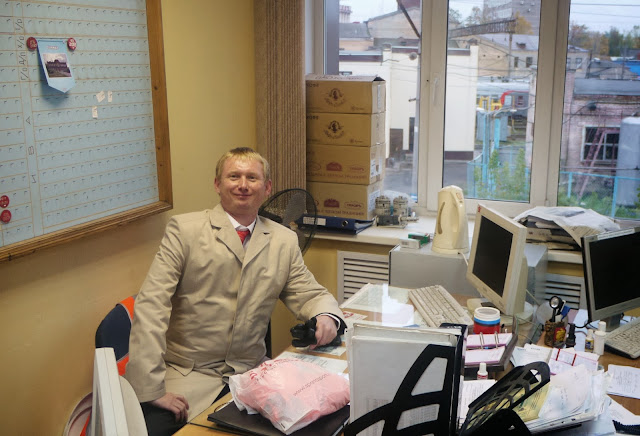 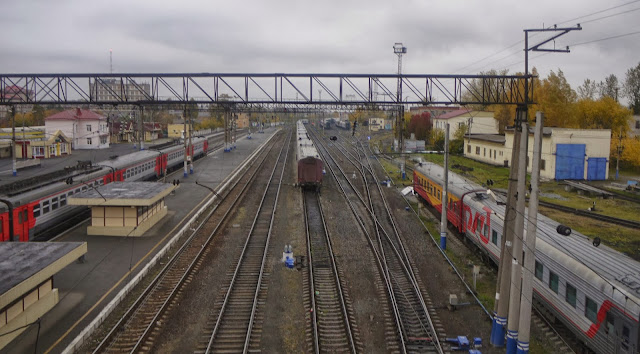 Then it was time to leave. As my travel companion Mikhail was staying with his parents in Tagil for the week-end, I bought a bus ticket, and went back to Yekaterinburg. 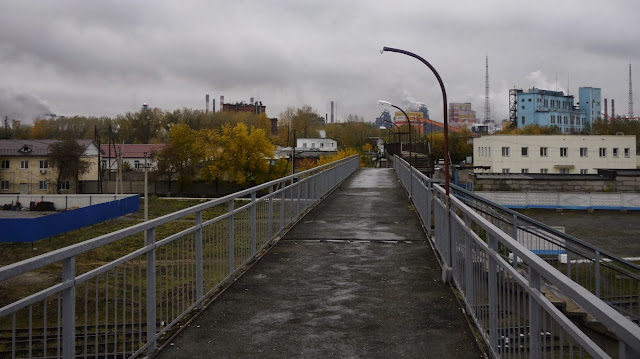 Posted by Michael Rochlitz at 17:12