On an early Saturday morning last month in Perm, I went for a walk through the small settlements and fields that sourround the city. After many days passed in front of a computer, it was good to breathe some fresh air, and walk again on a small country road. 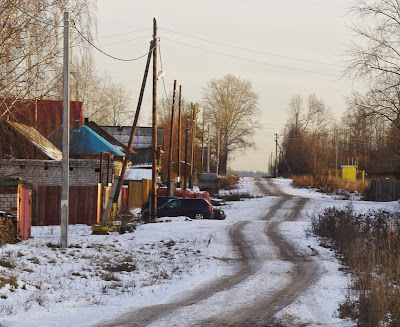 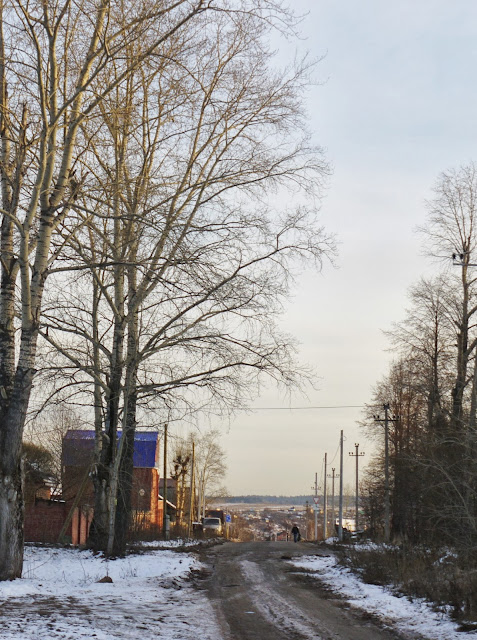 At around 10 in the morning, the sun was just about to rise, and most houses still seemed to be asleep. 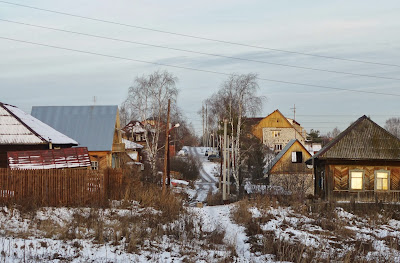 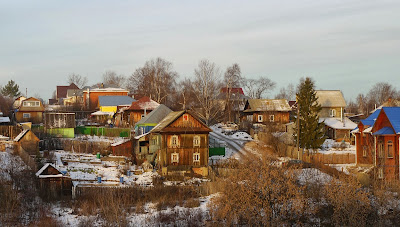 Only this container was already wide awake and smiling: 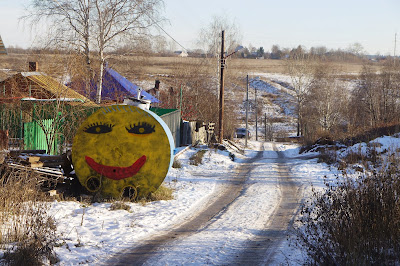 On a street corner, a man was cutting wood in the morning sun. 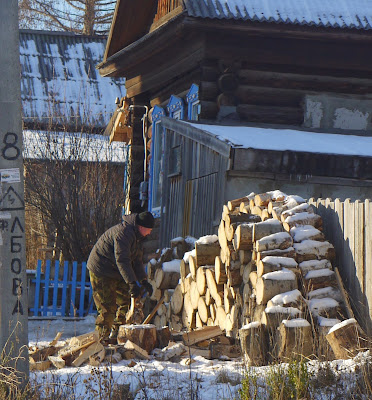 The thing I like about going for a walk in Russia is that you always come upon some nice UAZiks: 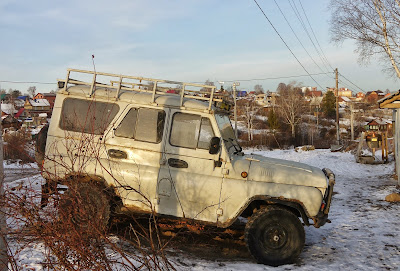 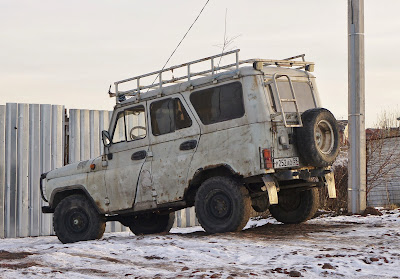 After crossing a small valley, I came to some hills, from which one could see the city in the distance. 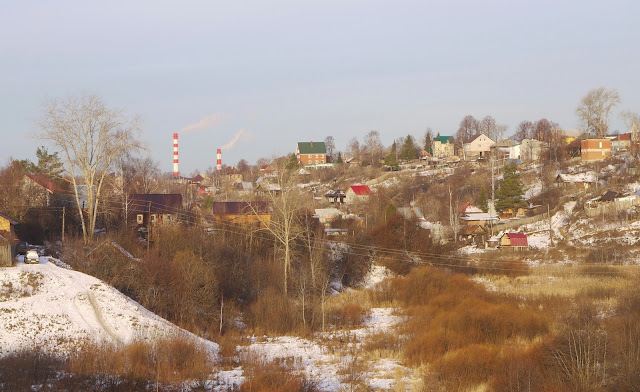 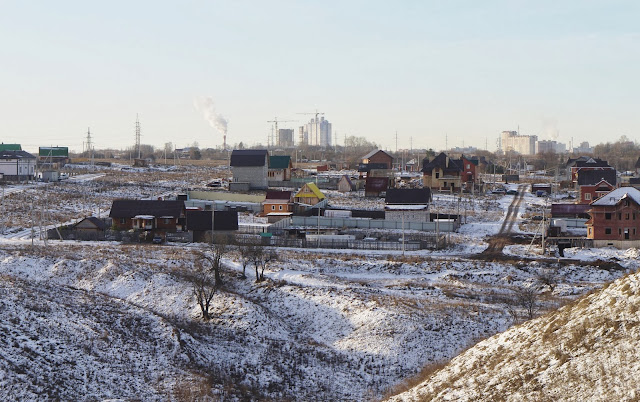 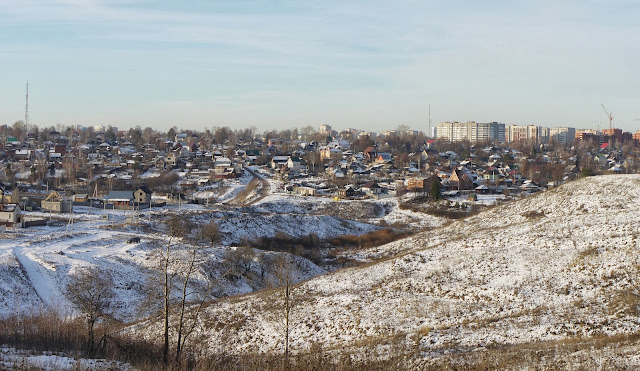 On one of the hills was a cemetery. Walking the road that went alongside, I all of a sudden saw something that distinctively looked like mafia graves (last year in Yekaterinburg, I did some research about the two famous mafia cemeteries in the city, and these graves here looked very similar). 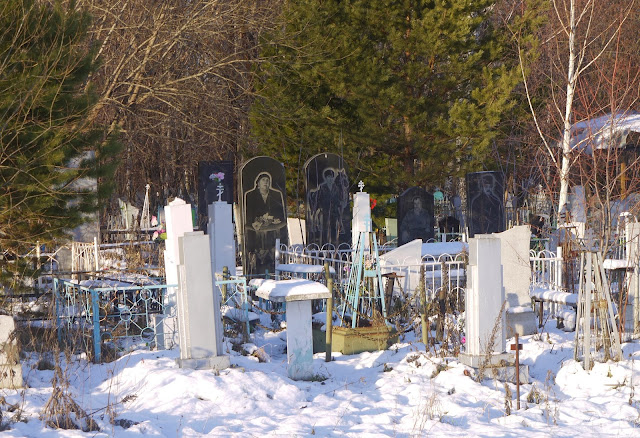 Getting a closer look, I remembered that apart from Yekaterinburg, Perm was another important center of violent crime during the 1990s in Russia (see this book by Frederico Varese on the Russian mafia in Perm). 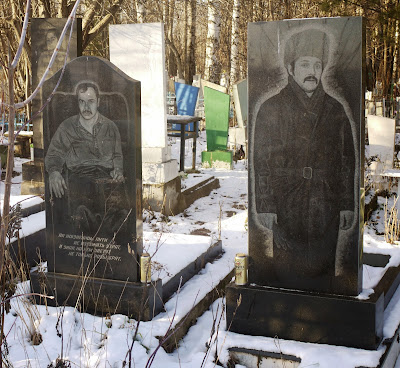 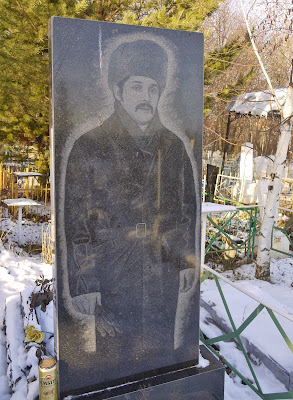 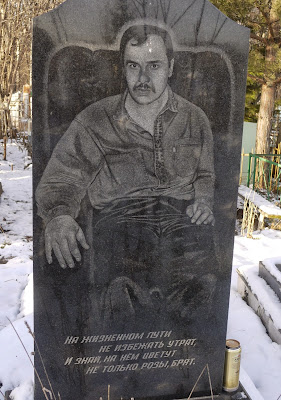 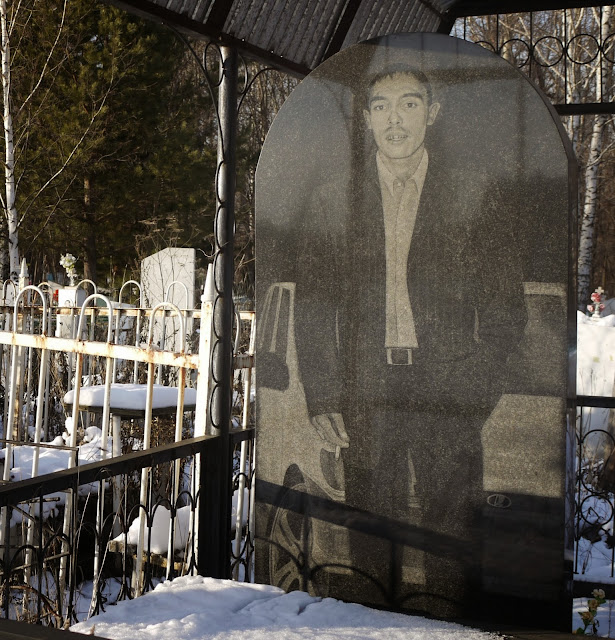 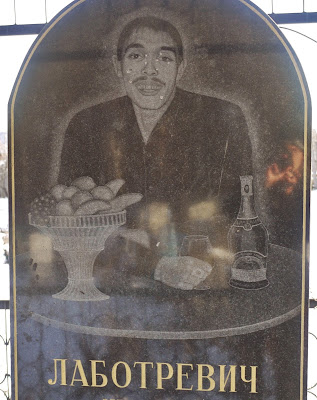 Back in Moscow, I now just did some background research on the names of the people buried there, but couldn't find anything on the internet. However, the gravestones very much correspond to the typical type of Russian mafia grave, as described for example in the work of Olga Matich on mafia burials in Russia (full-length portraits, as well as the depiction of cars, alcohol and other objects of wealth). So next time I am in Perm, I'll make some more in-depth inquieries. 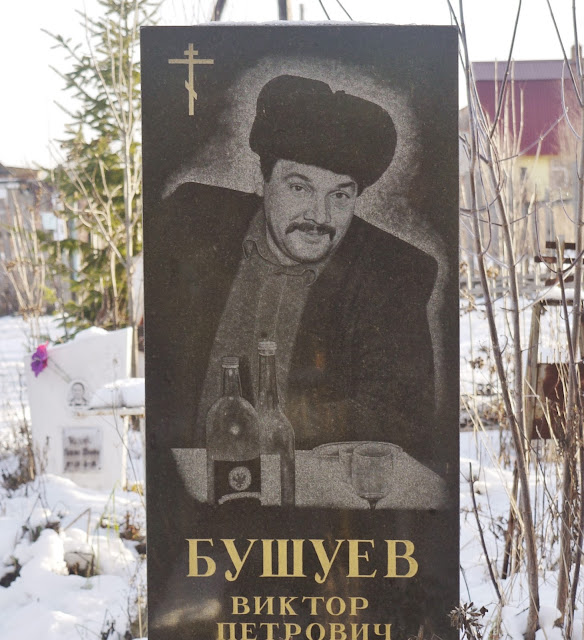 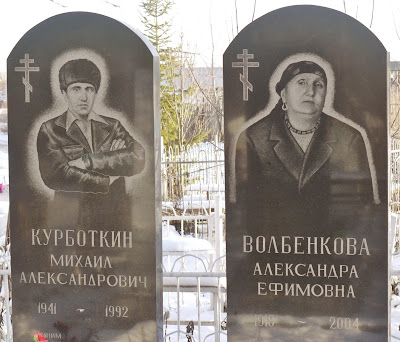 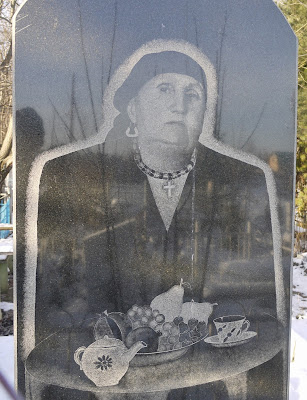 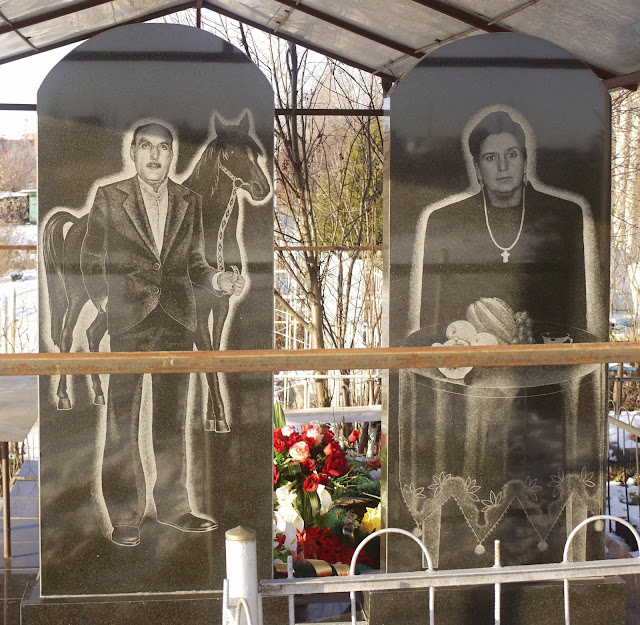 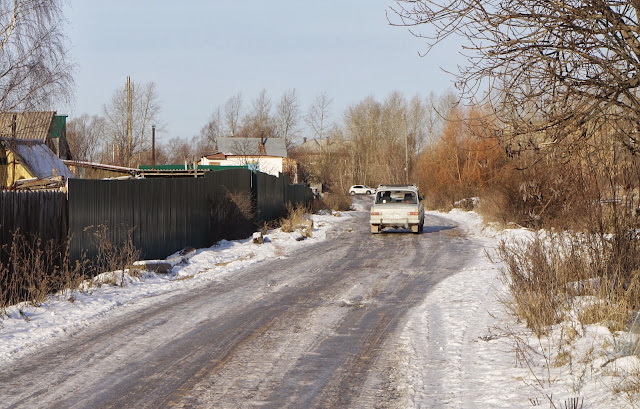 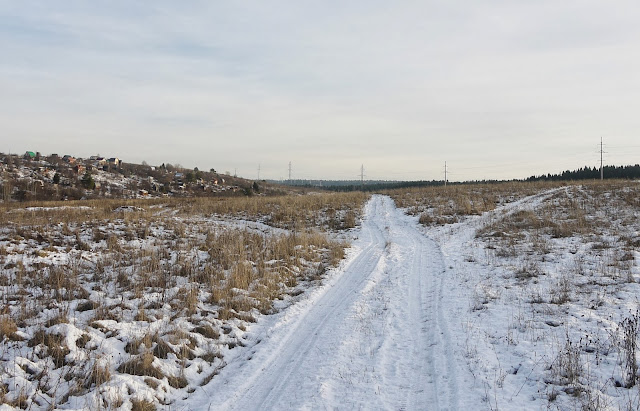 Posted by Michael Rochlitz at 11:42