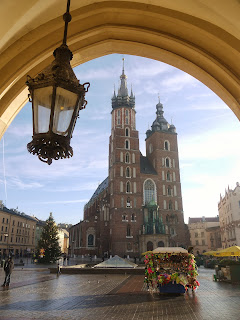 Every hour, a trumpet signal is played from the taller of the two towers of St. Mary's Basilica in Krakow.

The signal ends abruptly, in memory of the trumpeter who in the 13th century sounded the alarm when the Mongols attacked the city, until he was hit by an arrow.


In Krakow, many houses are still heated with coal. When the mist rising from the river mixes with the smoke, the town's towers and spires mysteriously shine through the fog, like out of another time. 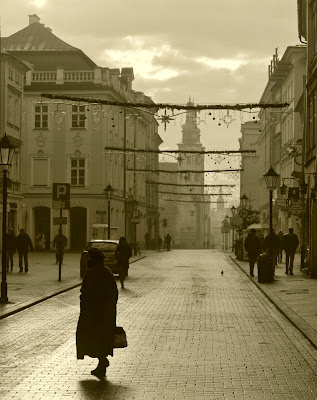 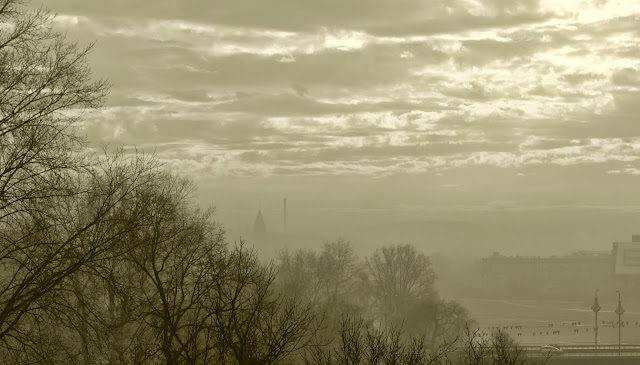 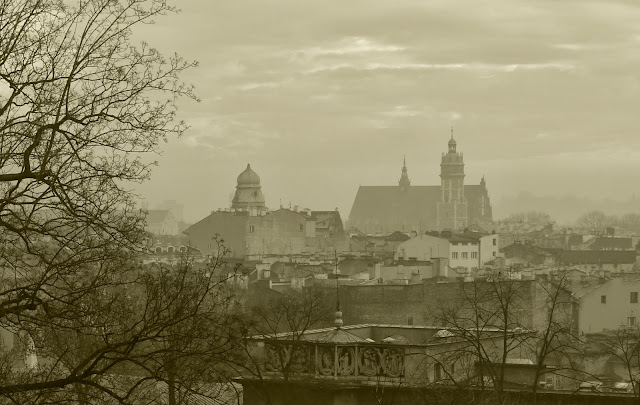 On a market, people bought last supplies for Christmas. 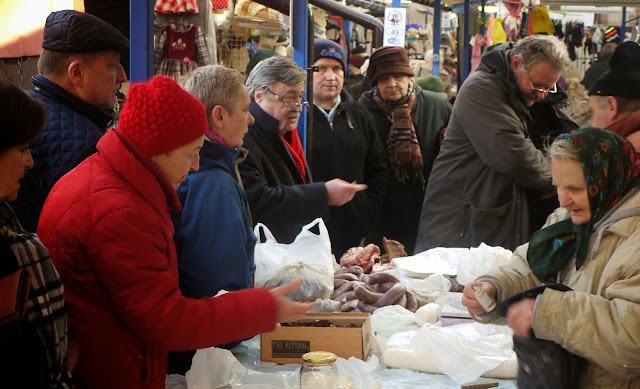 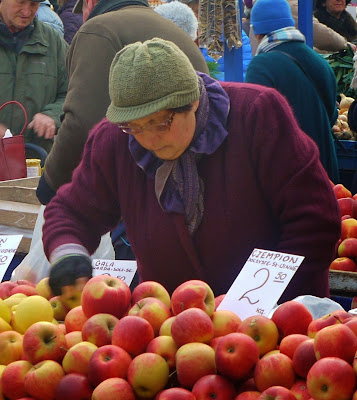 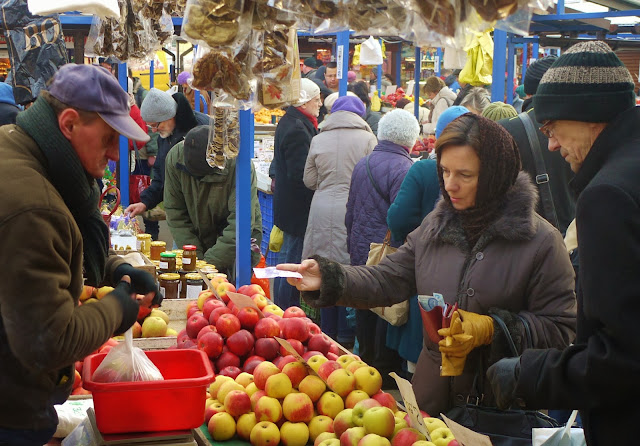 At his stand, a blacksmith was forging lucky horseshoes. 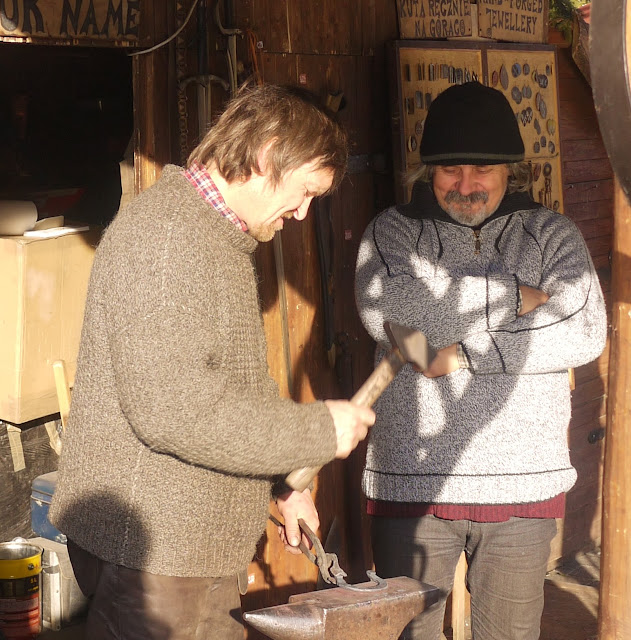 While in front of a church, happy children were selling self-made Christmas cards. 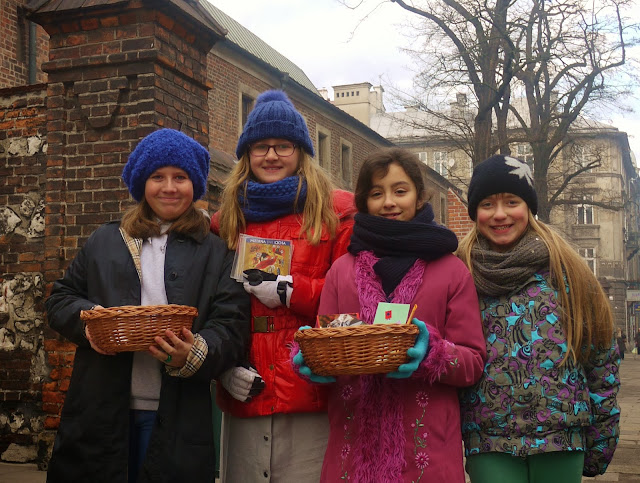 In an old Jewish bookshop, I bought a painting. 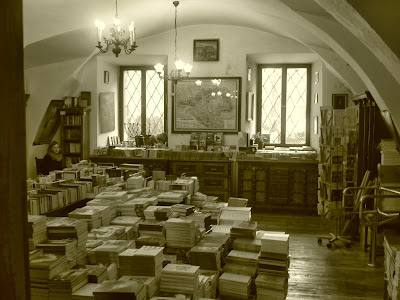 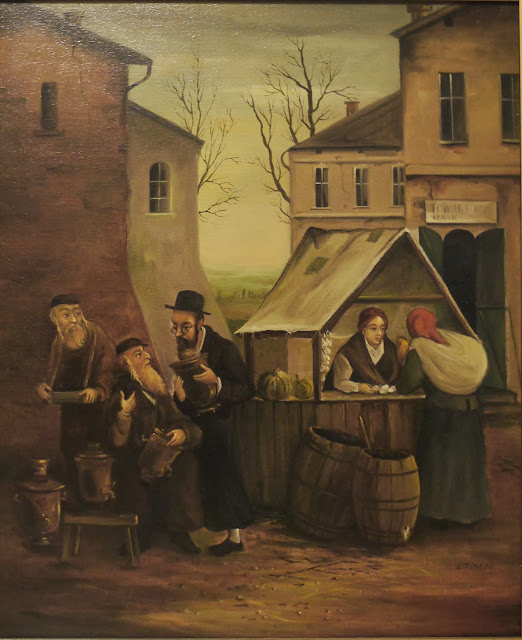 The painting is by Mariusz Lipinski. Born 1946 in Krakow, Lipinski studied under Jerzy Nowosielski at the Krakow Academy of Fine Arts. He died under unclear circumstances on March 9th, 2010 (and might have been murdered, according to a trustworthy source). 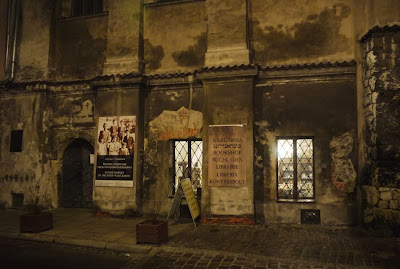 In the evening, Krakow is especially beautiful. Old lamps fill the streets with warm yellow light, mysterious shadows walk around, and in small cafés people discuss the affairs of the day by candlelight. 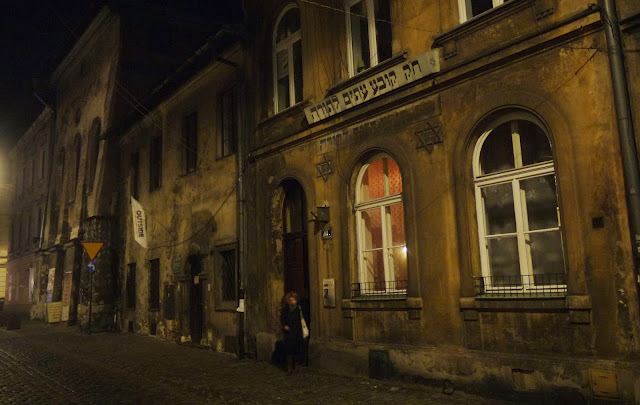 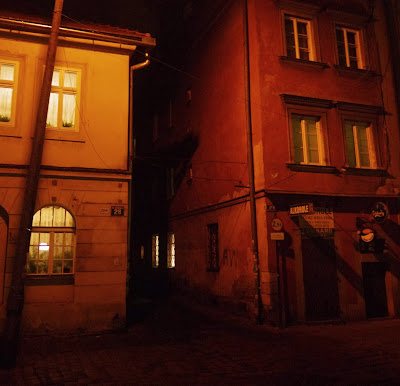 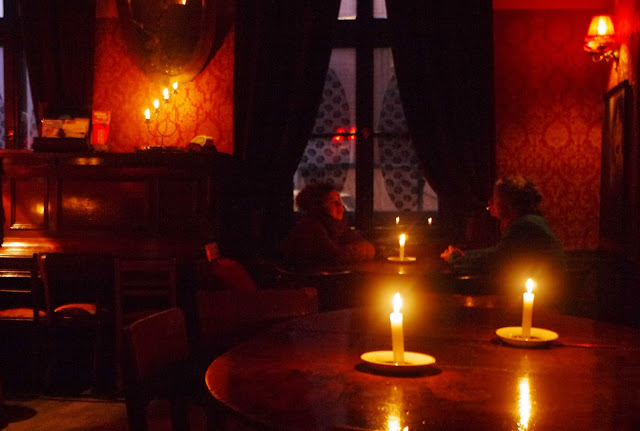 Posted by Michael Rochlitz at 14:56