During the last couple of weeks, I was regularly getting frustrated when reading the news, and wanted several times to write my own angry posts on current events. But then I finally didn't do it, thinking that there're probably already enough angry posts out there as it is.

Then last Friday, we went with a couple of friends to see the traditional victory day parade in the centre of Moscow. It was a beautiful spring day, sunny and warm. Already at half past ten the streets were lined with expectant crowds: 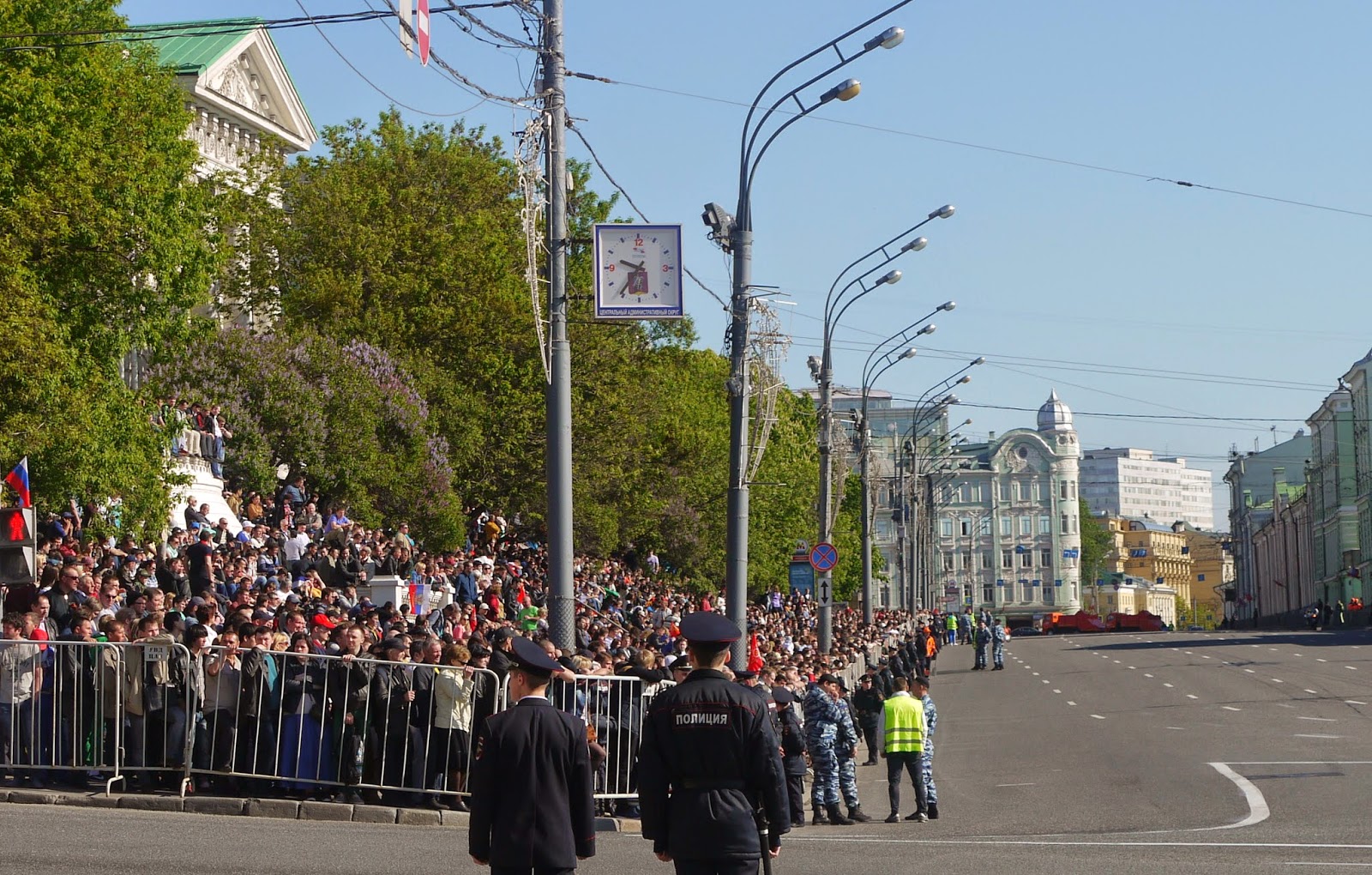 Shortly before 10, the president arrived. 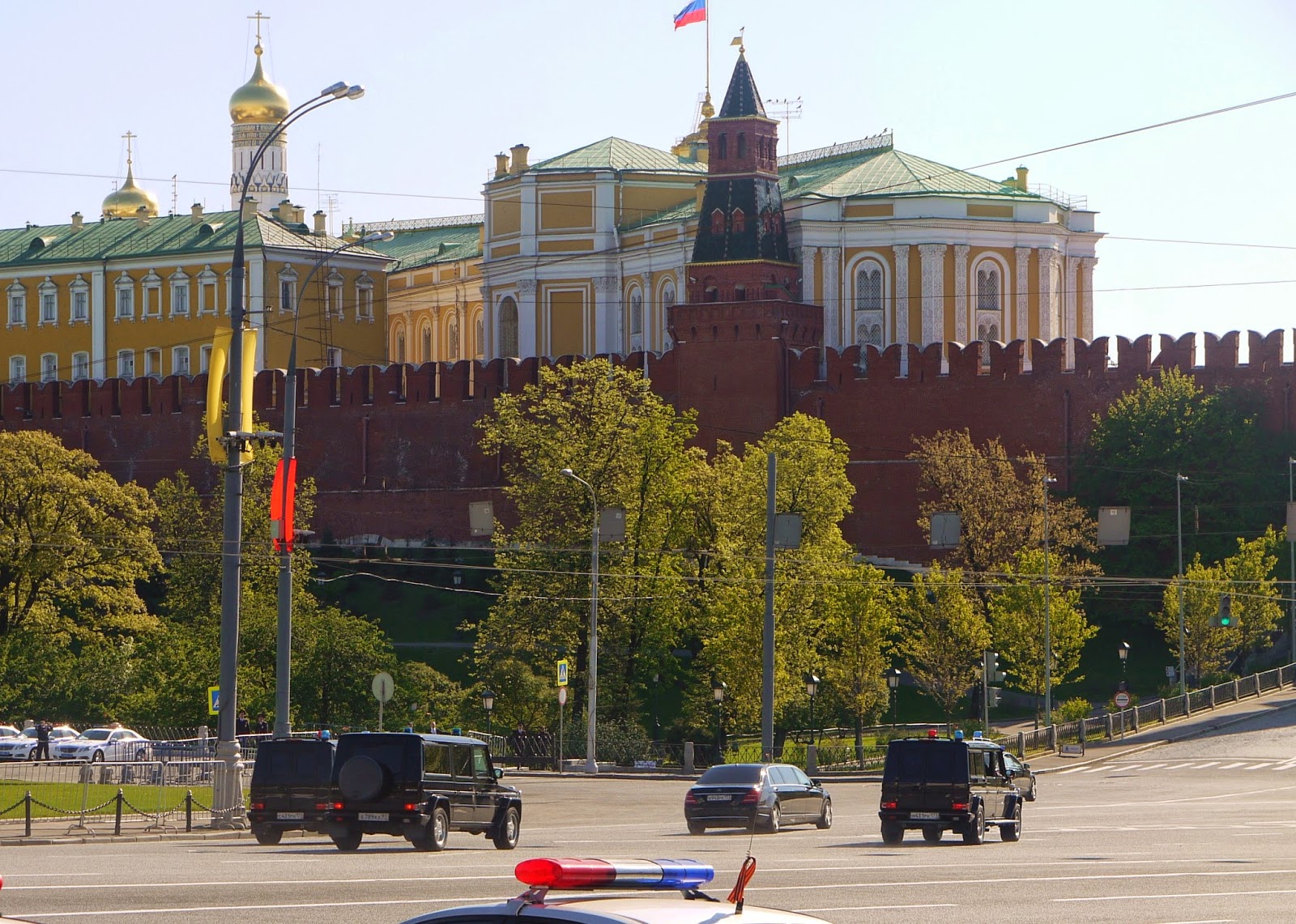 Then the first tanks came driving up the road, enthusiastically greeted by the crowd:

At the square in front of us, some high ranking police official who had previously arrived in a big black car was explaining all the important details to his son (see lower right corner of the picture).

In the meantime, an Omon special forces soldier made sure to get the whole parade recorded on his ipad. 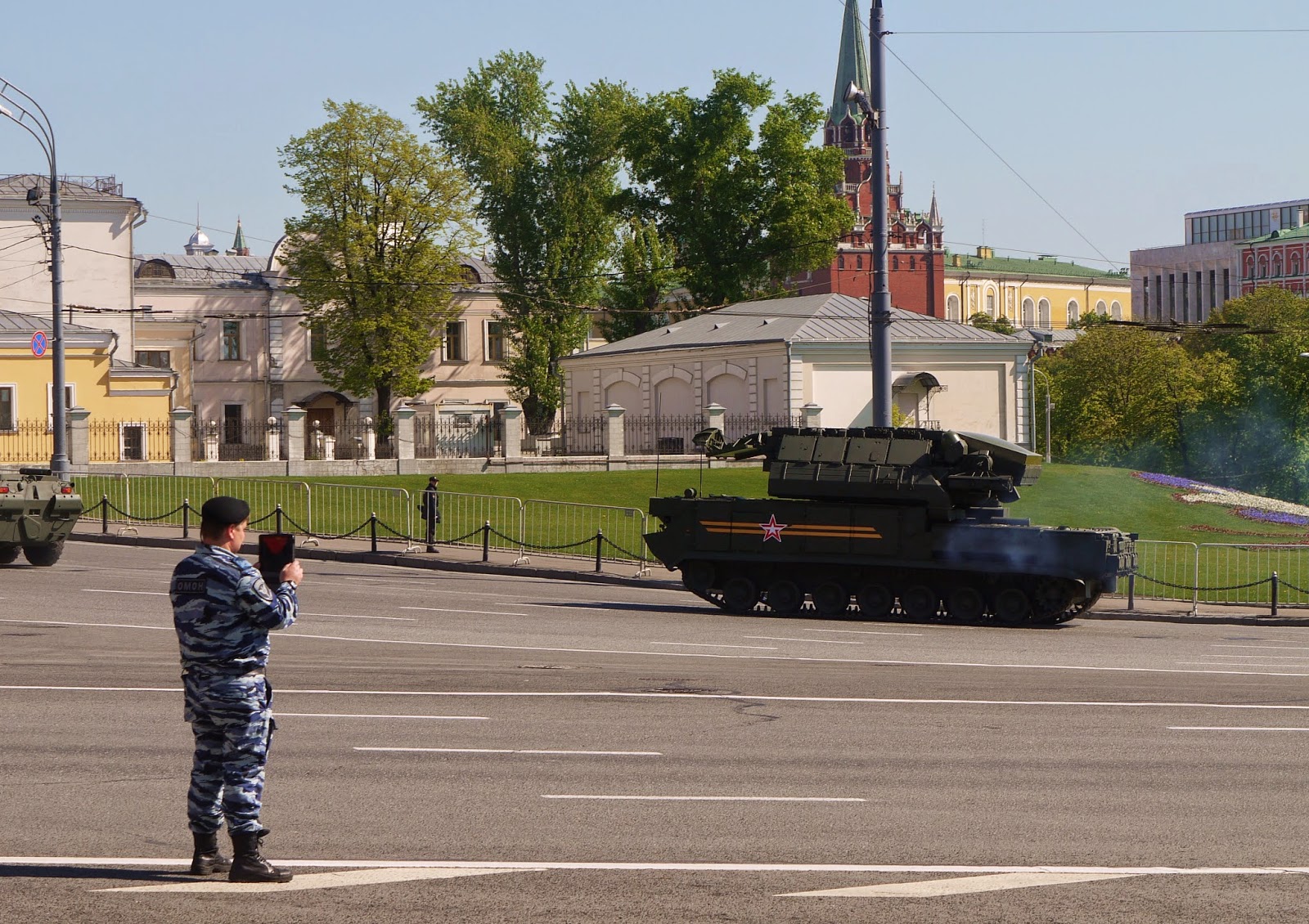 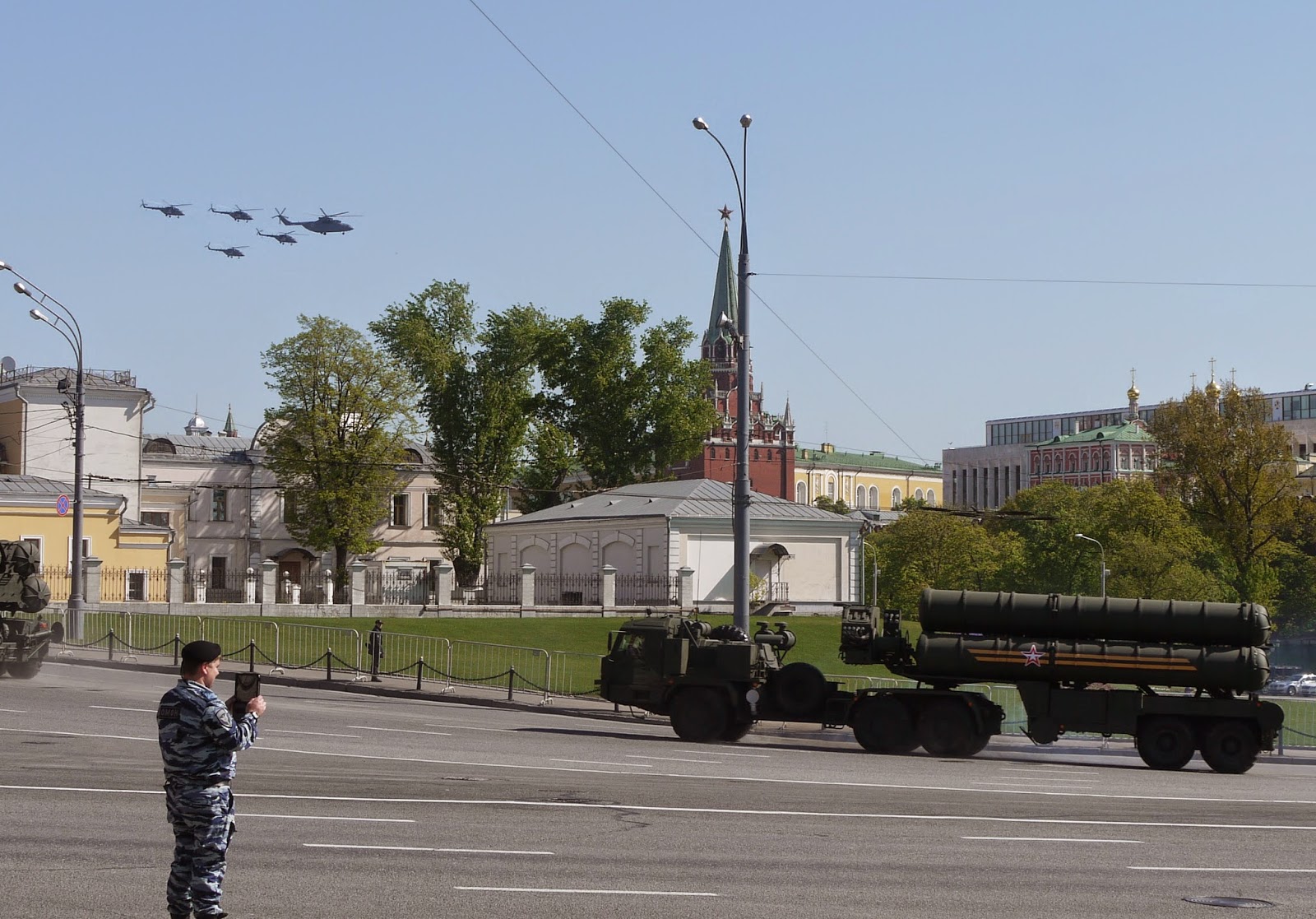 People of all ages were following the display of heavy military machinery with interest. 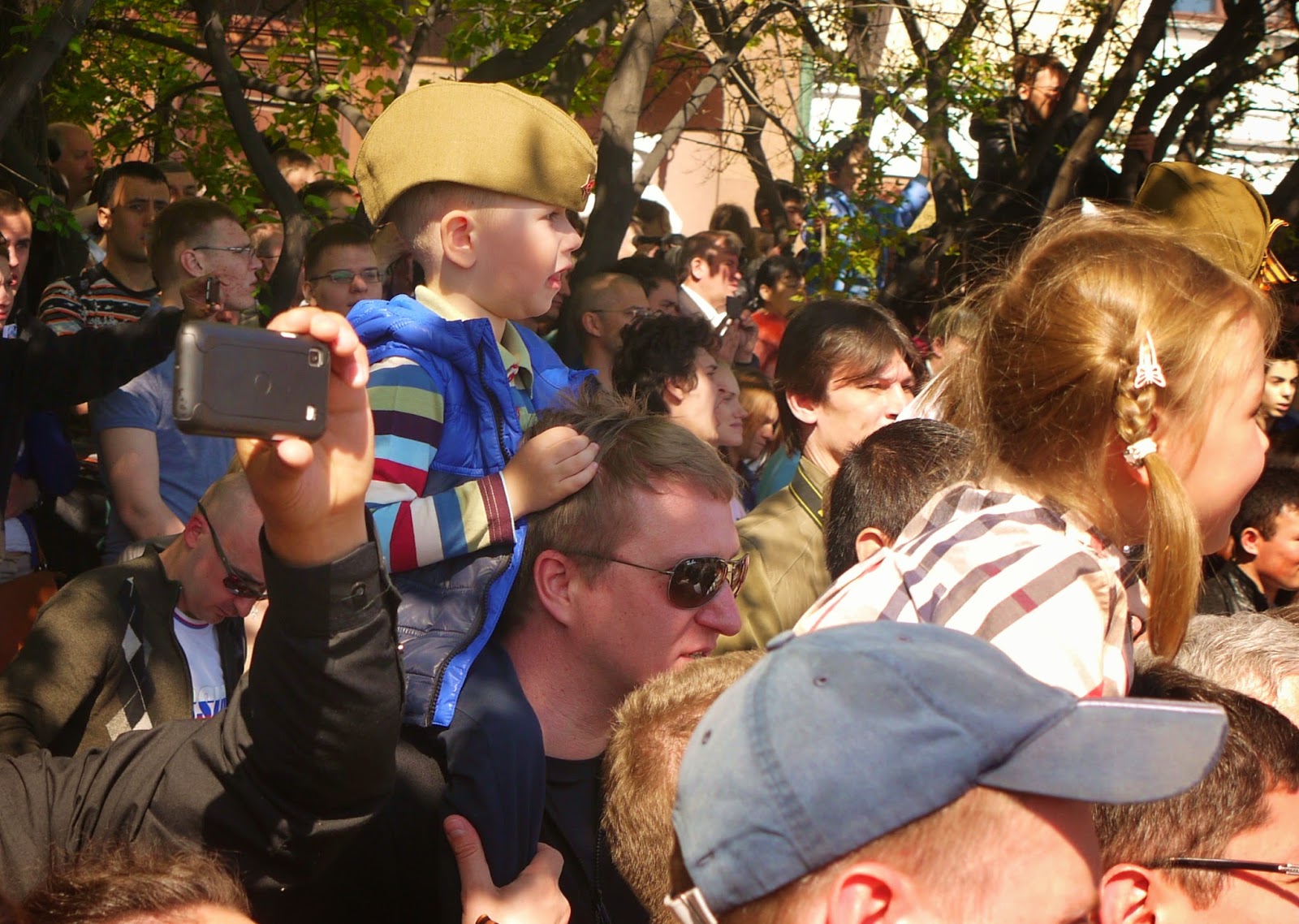 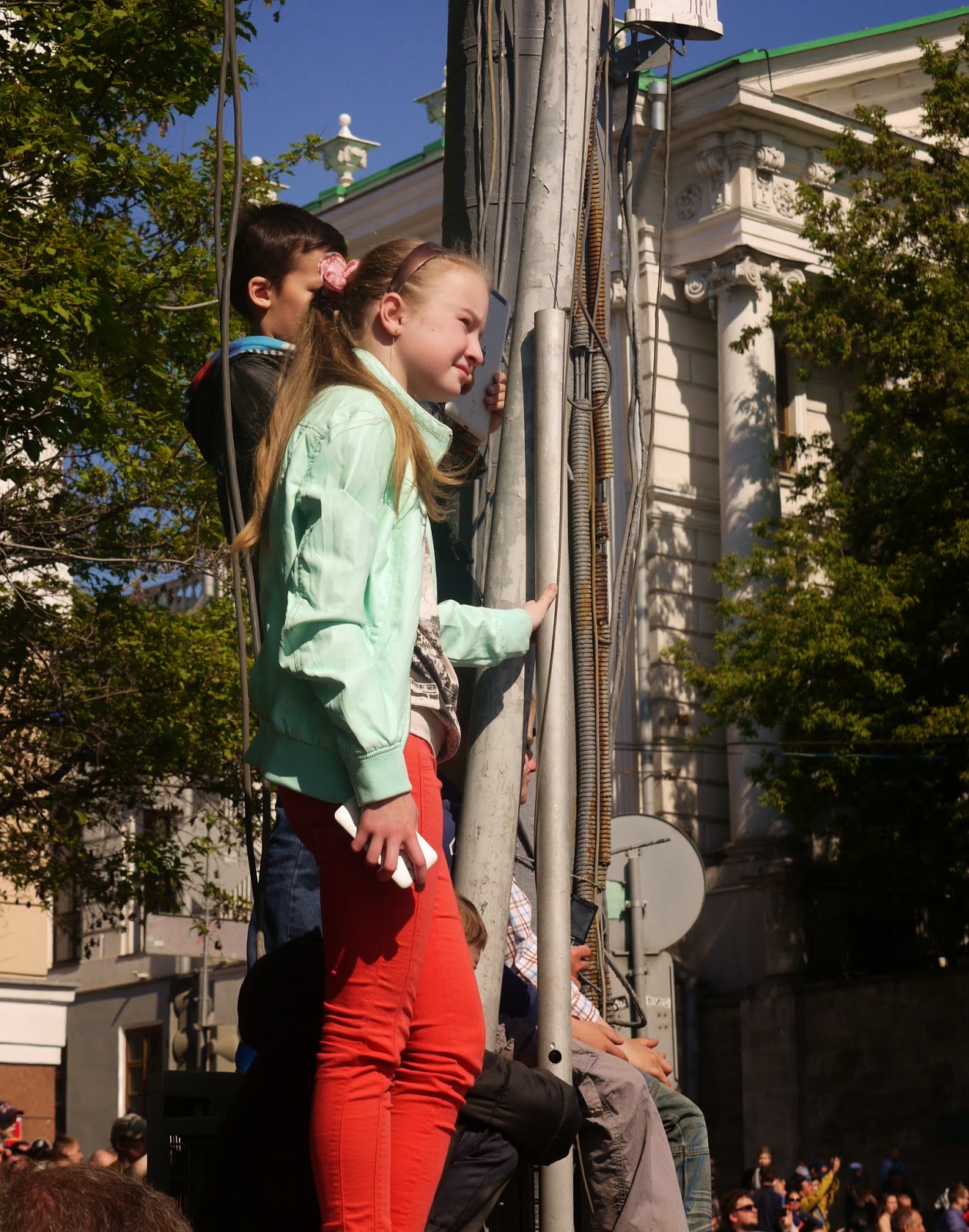 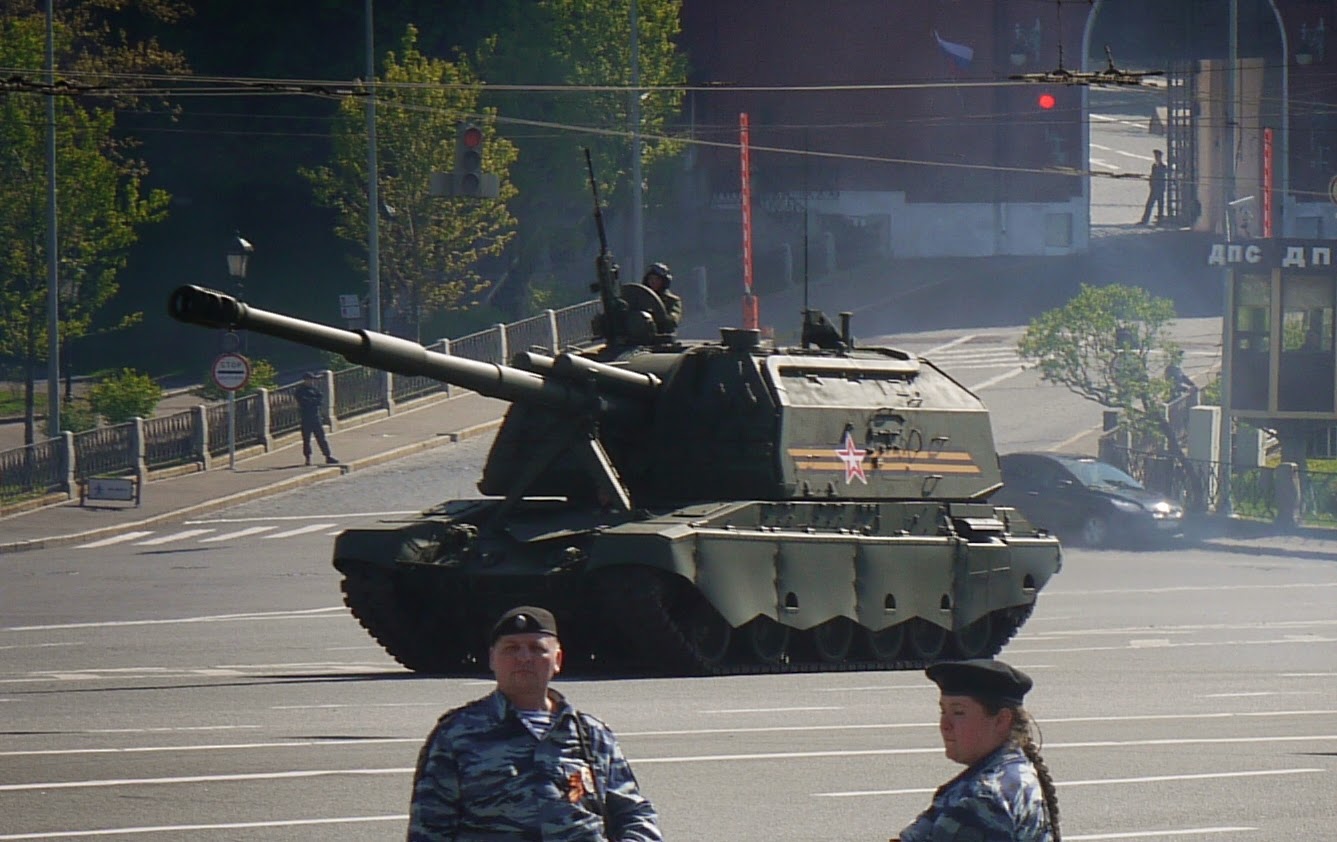 Finally, the parade ended with some big aircraft flying by (below an Ilyushin Il-78M tanker simulating an aerial refueling exercise with a Tupolev Tu-160 strategic bomber). 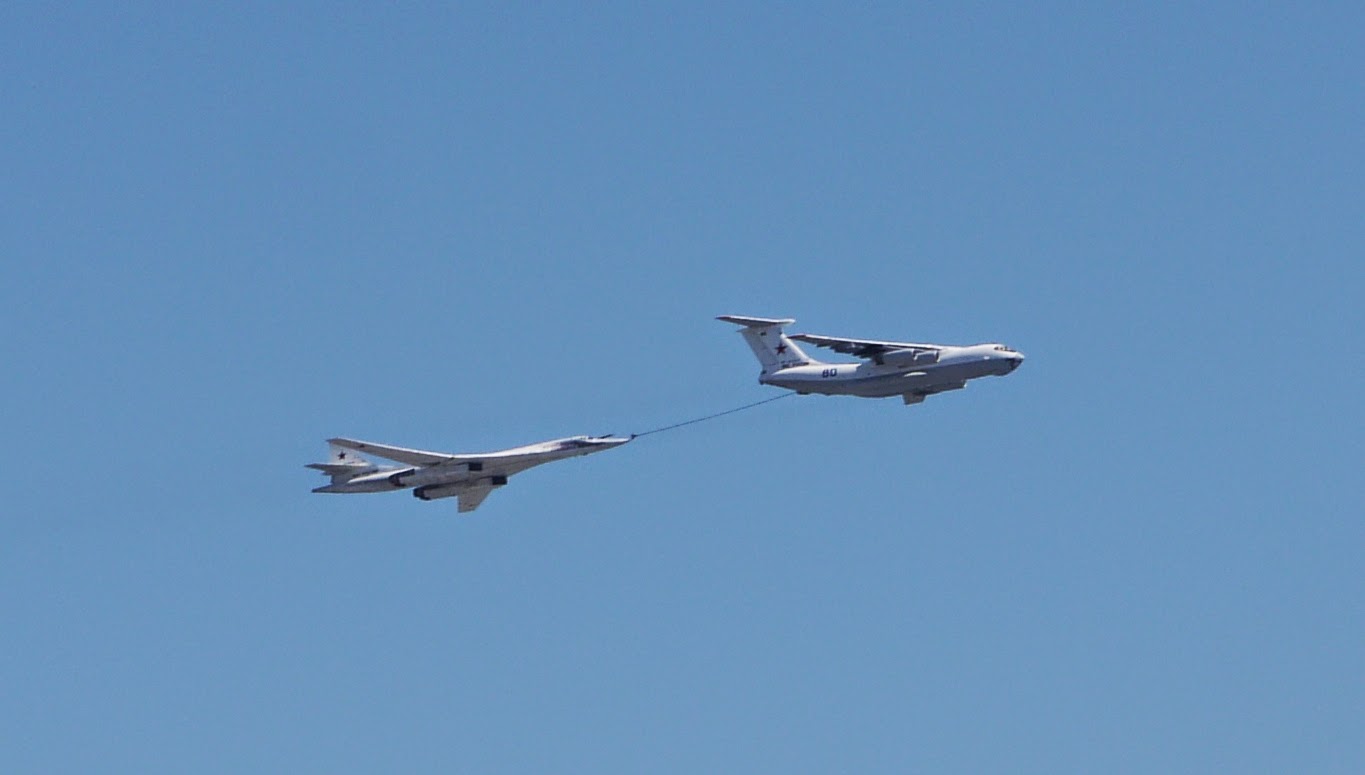 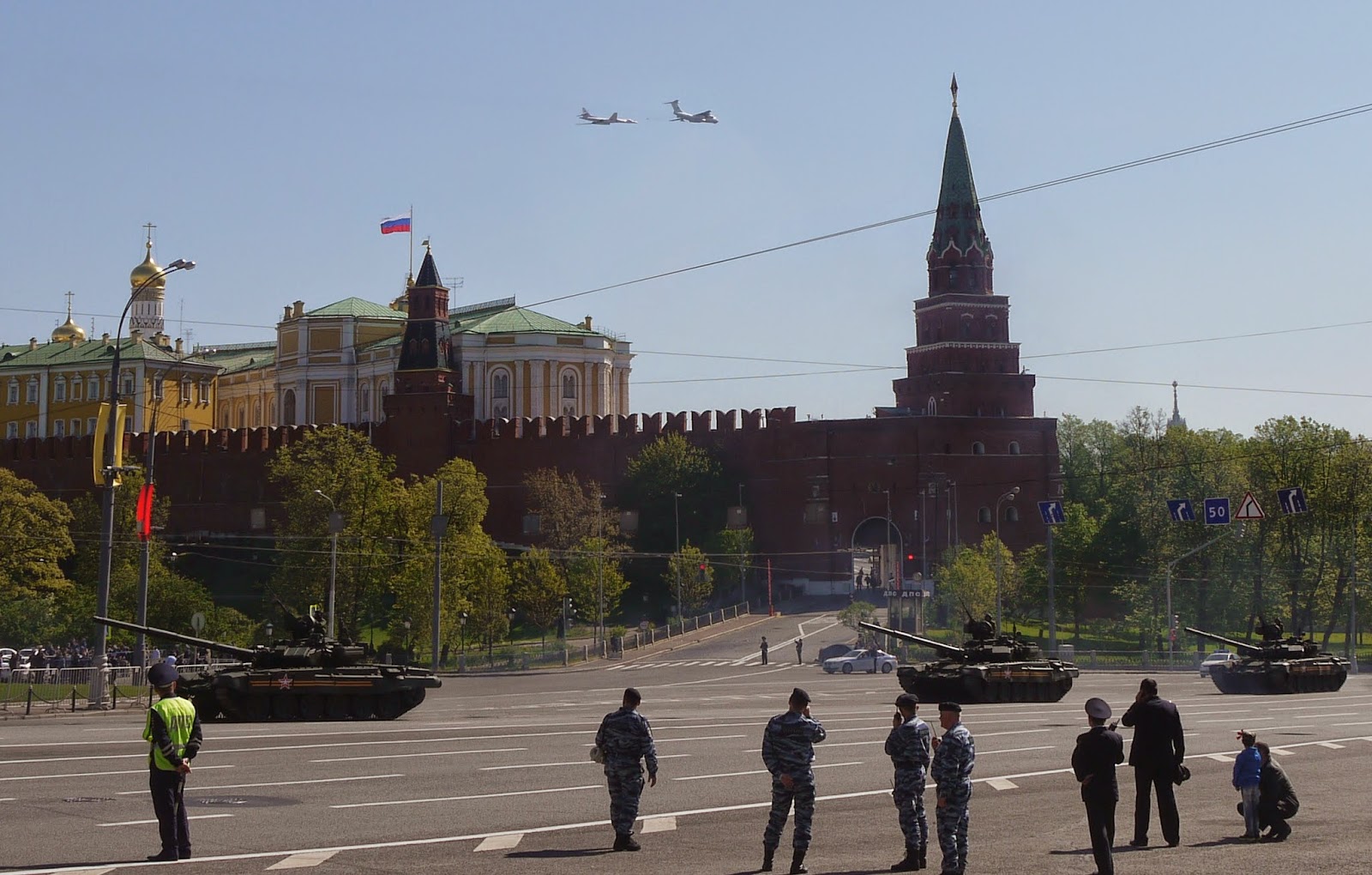 After the parade, it was a pleasure to walk though Moscow's streets, which were for once empty of traffic and full of people. 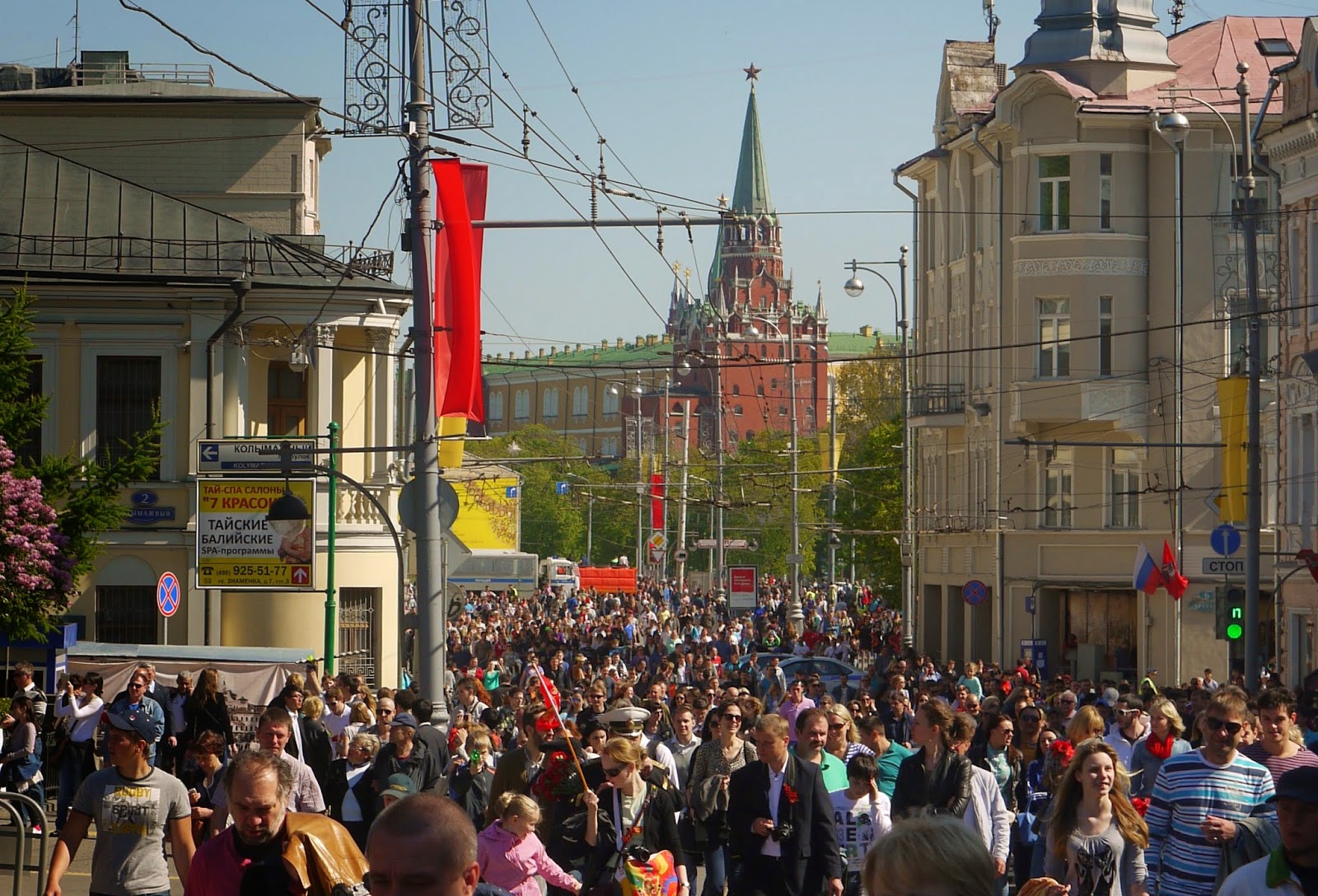 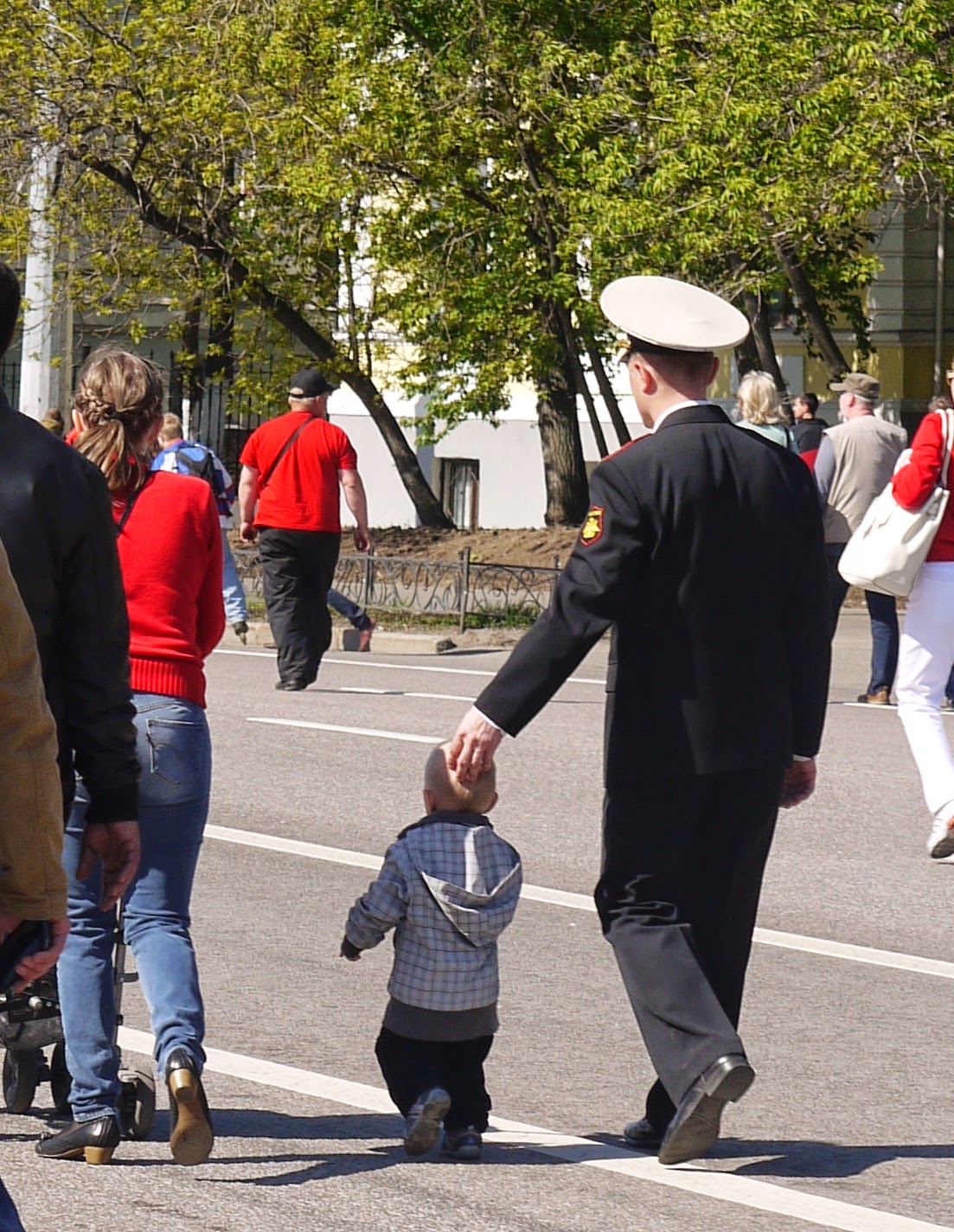 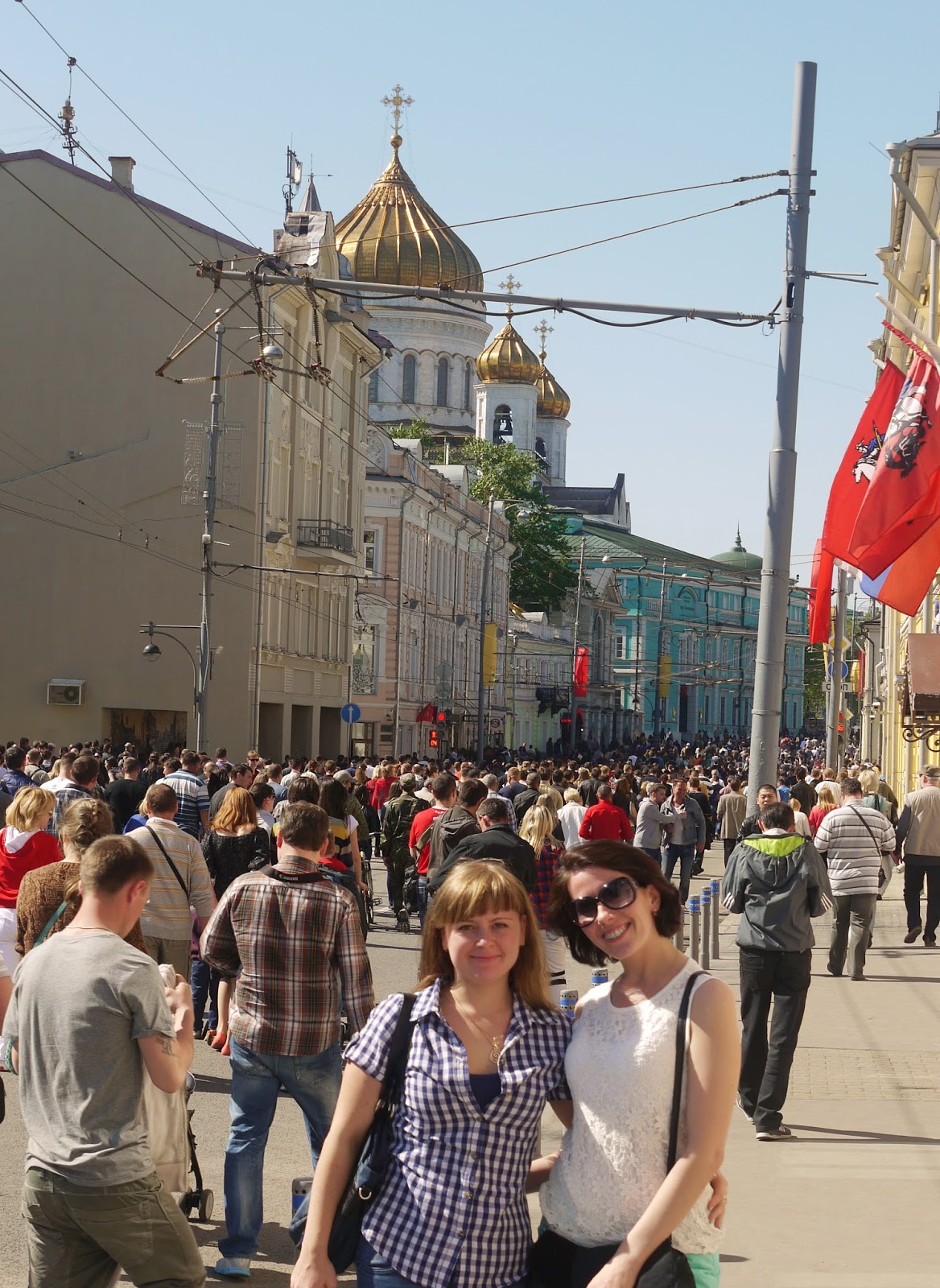 Later during the day, I went to a park near to the Moskva river, where a children's choir was singing patriotic and old Russian folk songs, with people enthusiastically singing along. 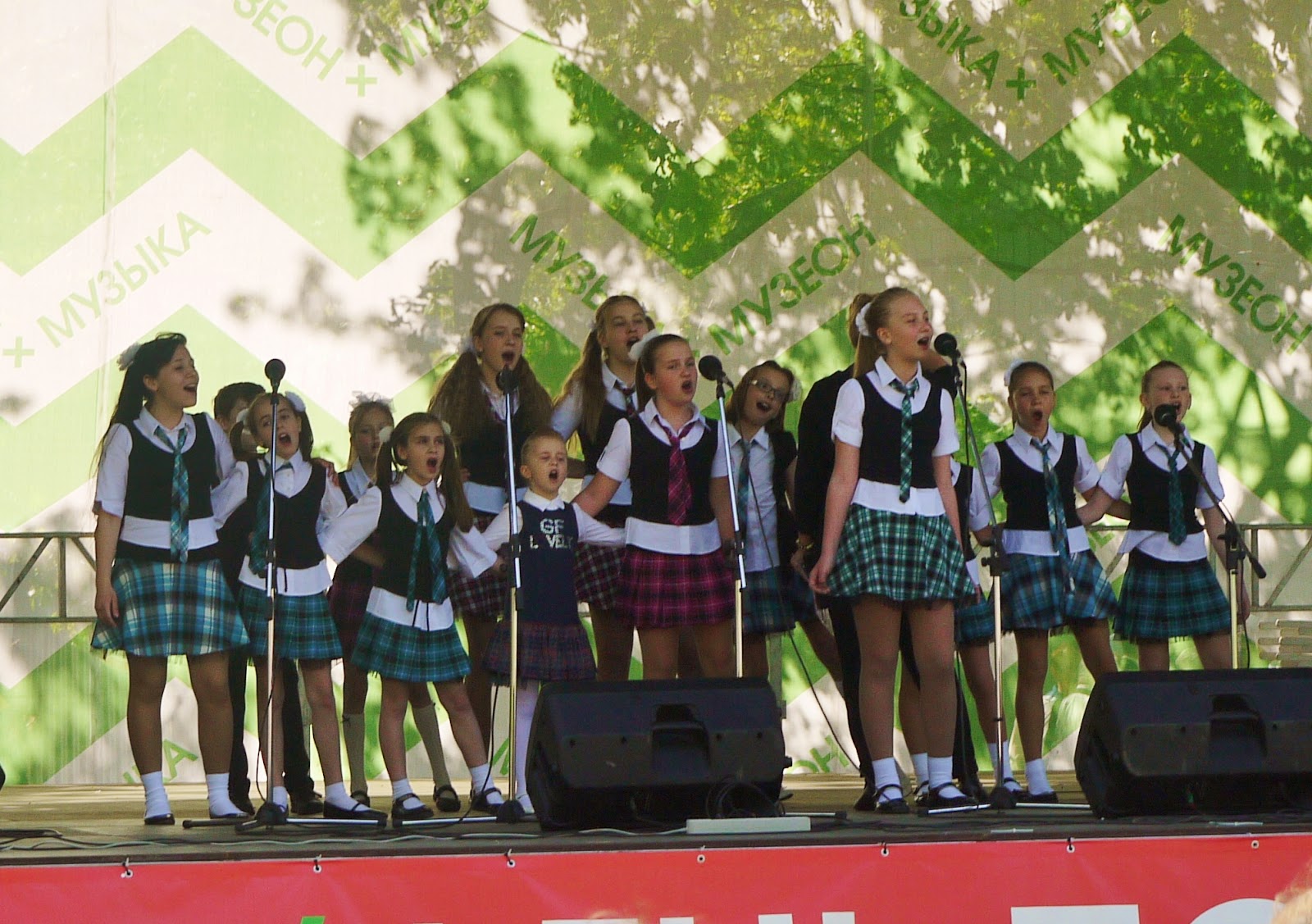 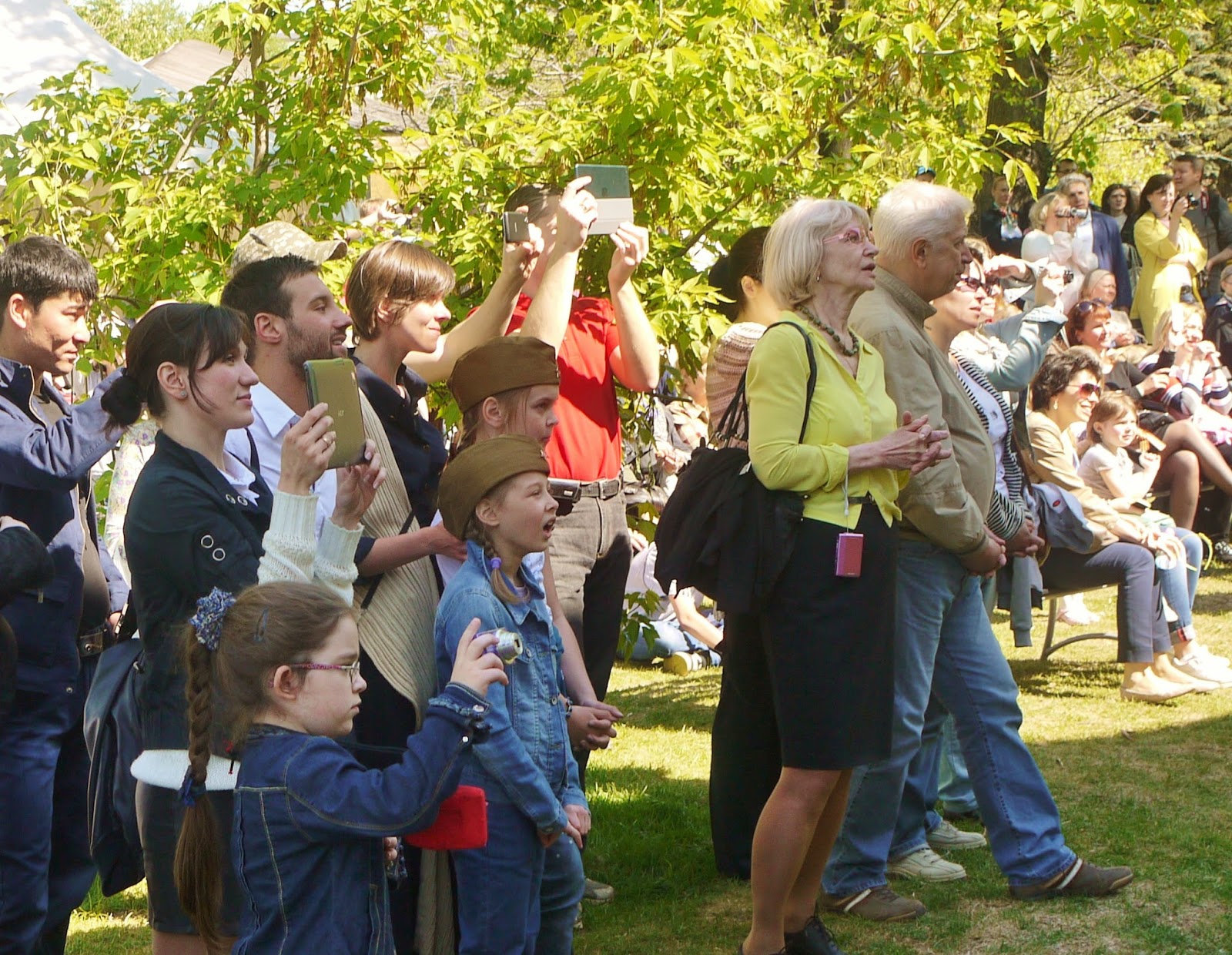 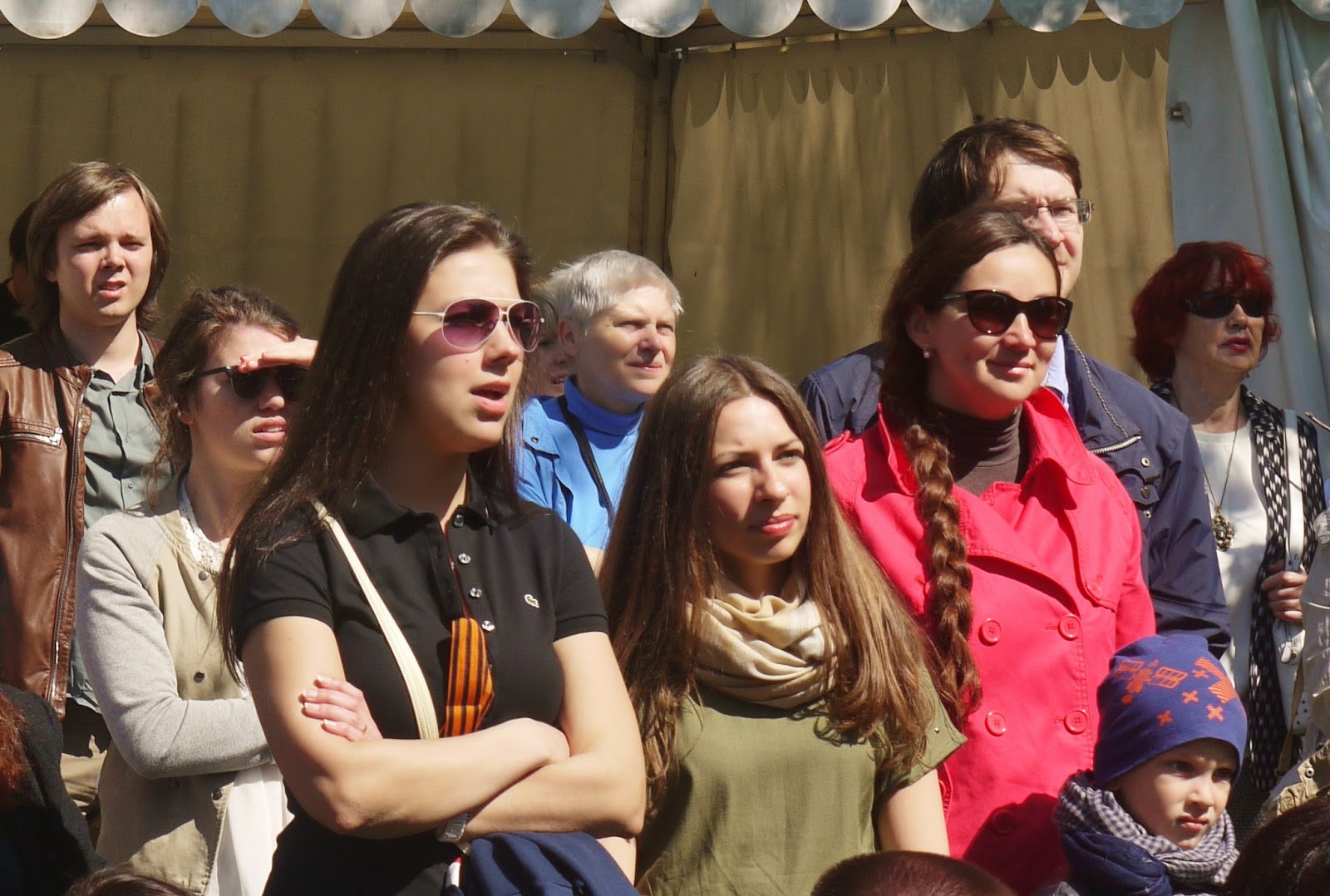 Sometimes, one could even spot the occasional veteran in the crowd.

There are many things I don't like about the way contemporary Russia is developing, and in recent weeks I've felt unhappy about this quite often. But then this day in May had been a beautiful holiday nevertheless, and the many happy people I've met during the day are one of the reasons why I still like the country a lot. 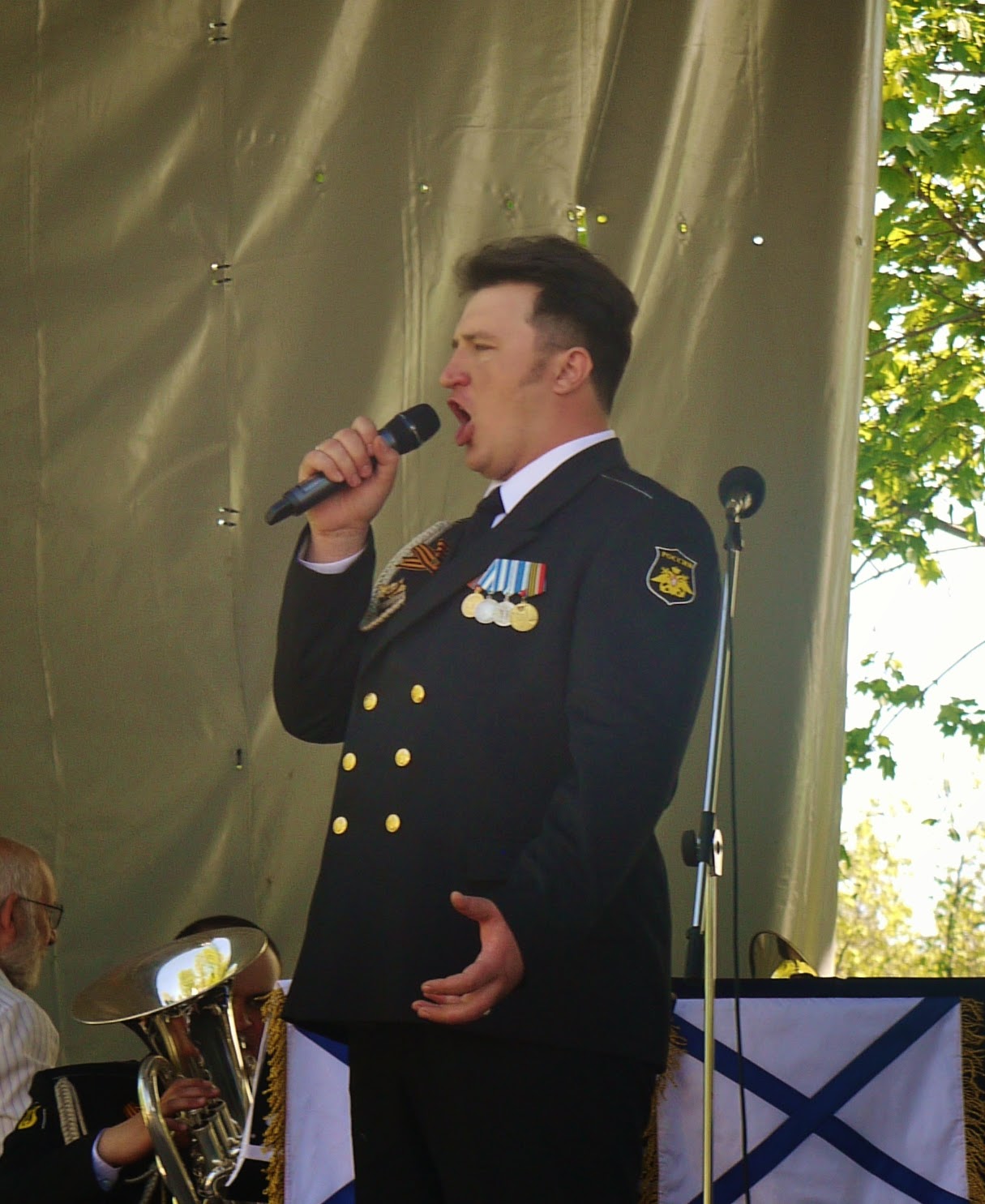 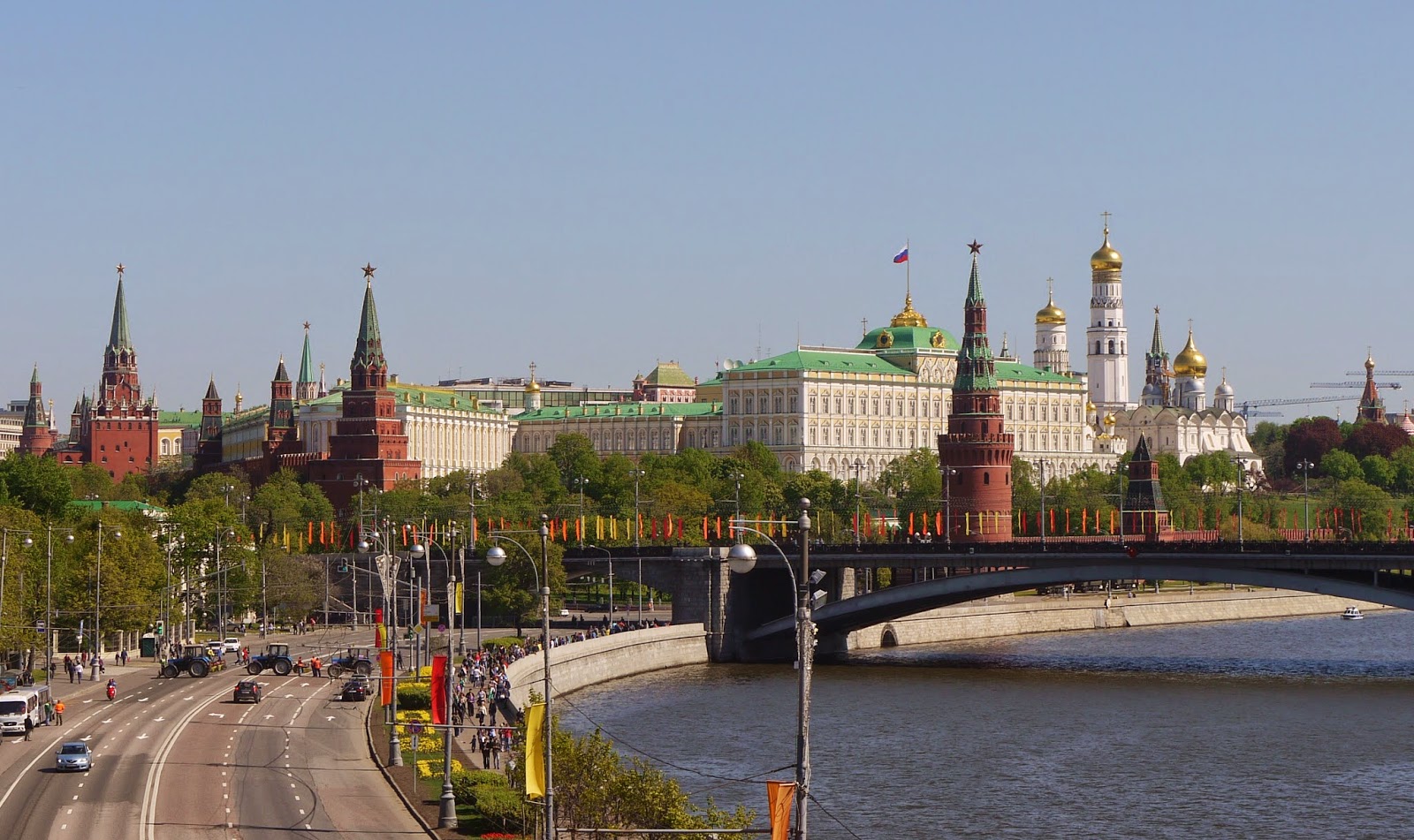 Posted by Michael Rochlitz at 07:54