Recently I found an amazing poem on youtube. The poem was written and is read by Lilya Takosh, chief editor of the Crimean newspaper Первая Крымская. It is about the return of the Crimean Tatars to their homeland, from where they had been deported by Stalin in 1944 (an English translation is under the video on youtube).

After being deported to Uzbekistan in 1944, the Crimean Tatars were only allowed back in the mid-1980s, by which time their land had long been occupied by Ukrainians and Russians. This led to tensions upon their return, and the UN had established a special branch office in Simferopol, the capital of Crimea, to somehow help alleviating conflicts between the different ethnic groups. Back in 2006/2007, I did a 4-months internship at this office.

During the internship, I lived with an elderly Russian lady in the settlement of Pnevmatika, above Simferopol, which looked from afar a bit like a gigantic alien spaceship: 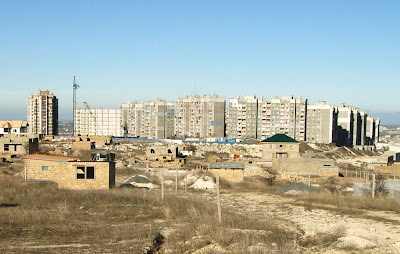 Every morning, a large breakfast was waiting in the small kitchen, because allegedly I was much to thin (on the table you can see a portion of kasha, steak with potatos, blinchiki, a tomato and pepper salad, chocolate cake, fruit and a large cup of coffee, while on the wall is a map of the Crimea). These were good times! 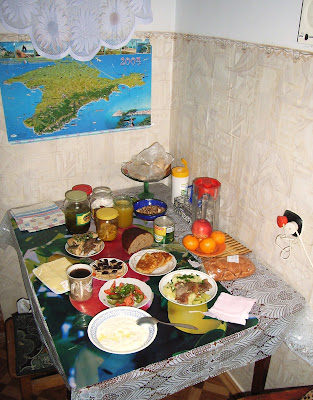 During my stay, the situation between Crimean Tatars, Ukrainians and Russians deteriorated. The Crimean Tatars were frustrated that although having been granted a legal right to be compensated for the land they had lost in 1944, the land they received as compensation was often of inferior quality. While they had lived before on the southern shore and around the central mountains, they now were given land situated mainly in the infertile northern steppes of the Crimea.

As a form of protest, they started in early 2006 to massively occupy land, building small symbolic houses, as in this picture of a hill south of Simferopol: 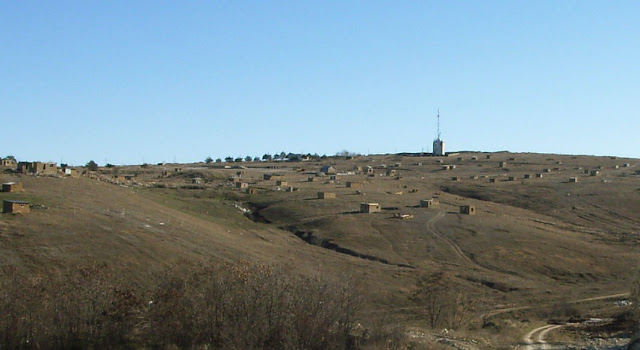 When the authorities tried to dismantle some settlements, it came to clashes. Fearing escalation, the state backed down, and an uneasy stalemate ensued.

At the UN, we were writing reports about the situation, although I think nobody ever read them (during my stay, a consultant from UN-Habitat was working on a more comprehensive study of the issue, which can be found here). There were also a couple of programmes trying to promote mutual understanding between the different ethnic groups. Some worked quite well, as this project to provide financial help to parents' associations in local schools (the idea was that Ukrainian, Russian and Crimean Tatar parents should spend their Saturday afternoons together, renovating their childrens' classrooms):


Eventually, the situation calmed down somewhat. When I came back for a visit in 2008, some of the occupied areas had become genuine small villages, and people were constructing real houses: 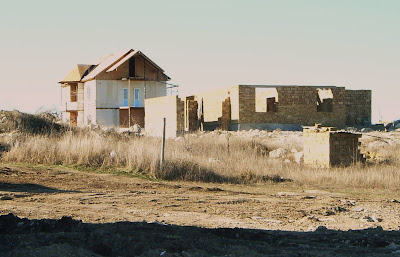 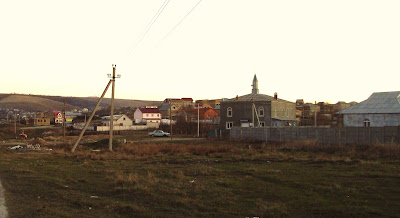 However, with the coming to power of a new pro-Russian government in Kyiv in 2010, worries about possible future tensions remain  (this reportage on Al Jazeera provides a recent update). 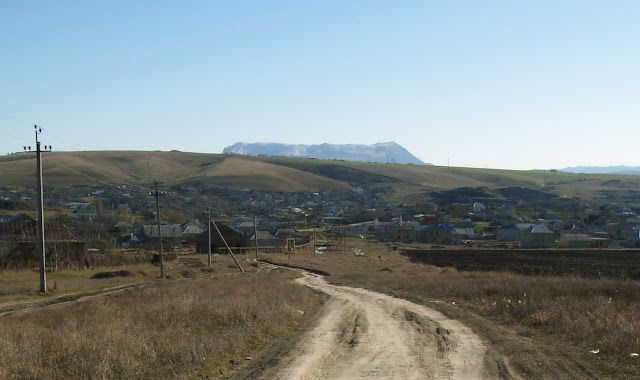 Posted by Michael Rochlitz at 21:42