There are different ways to get from Europe to China. One can travel by using slow boats, as Gavin Young did in the early 1980s, or walk and hitch-hike like Nick Danziger. You can cross Russia by train, attempt the feared North-West passage (which due to climate change is becoming more navigable), or travel from Moscow through Central Asia in the steps of Peter Fleming. One can also follow Marco Polo and the silk road, as Bradley Mayhew did for a beautiful recent documentary:


However, most people today use large planes. If you fly with Emirates, there is not only good food and a selection of 400 movies, but also a useful indicator showing the precise position of the plane with respect to Mecca: 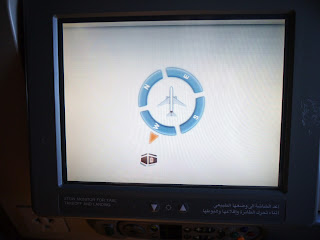 After crossing Turkey and Iraq and a stopover in Dubai, the route goes over Iran, Pakistan and India towards China: 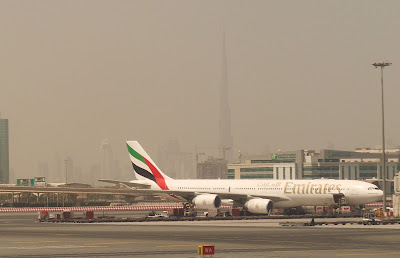 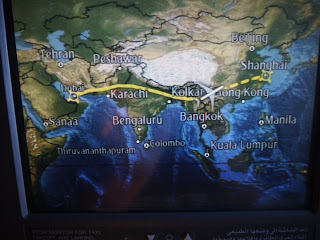 From the window, one could see many a desert, mountain and river. I got so exited thinking about the traders that in ancient times traveled these roads by camel, donkey or on foot that I completely forgot to watch at least one of the 400 movies. 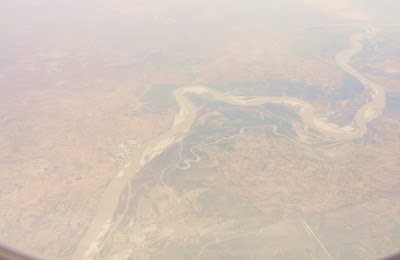 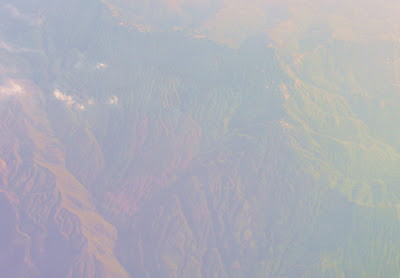 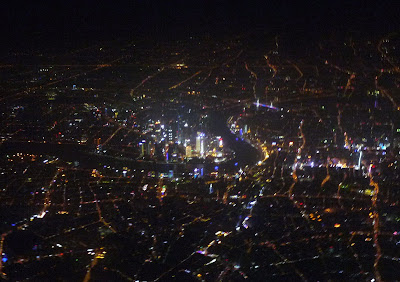 Once arrived in Shanghai, the Nanjing Hotel is a good place to stay. Suites are arranged reasonably, one can enjoy unusual metropolitan feelings, business opportunities are revenled to the tullest, fragrance swims and joy diffuses. And the beds are large and comfortable, which is very nice after a long flight.

The next morning, I woke up to the sound of The East is Red, the song that was the unofficial anthem of China's cultural revolution.


Since 2003, the song is again played every hour from the Customs House clock-tower on the Bund in Shanghai, which was not far from my hotel room (between 1980 and 2003 and before the cultural revolution, the clock-tower played the Westminster Quarters, as the building had been constructed by the British in 1927). 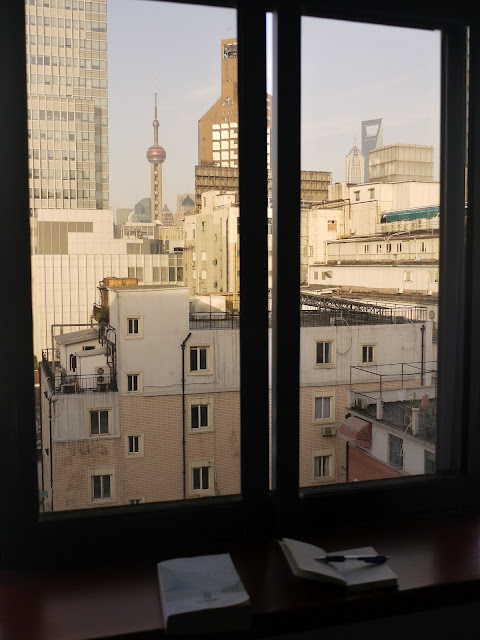 Posted by Michael Rochlitz at 17:10