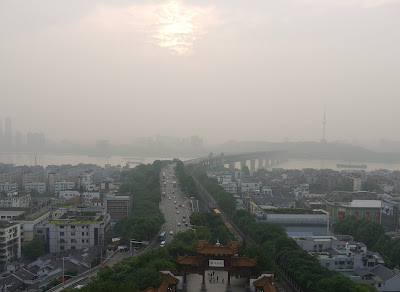 In 1927, the cities of Wuchang, Hankou and Hanyang were merged to form the city of Wuhan. Wuhan today is a vast agglomeration, capital of Hubei province, and in its center a massive steel bridge spans over the river Yangtze to connect the city's different parts: 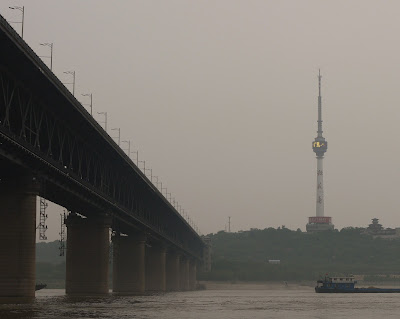 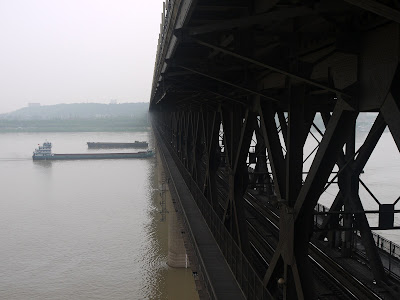 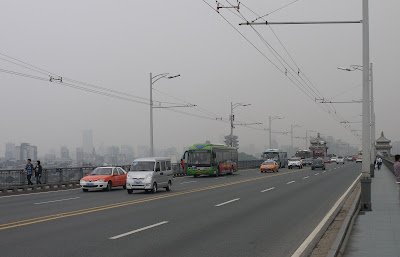 It was here, just at the foot of the bridge, that chairman Mao performed his famous swim across the river in July 1966. At the time, the swim had vast implications - showing that the chairman was still strong and vigorous, it re-consolidated his contested position in the party, making it possible for him to entrench the cultural revolution he had launched shortly before.

The swim is still remembered today. When I was there, some dudes were just preparing for a commemorative crossing: 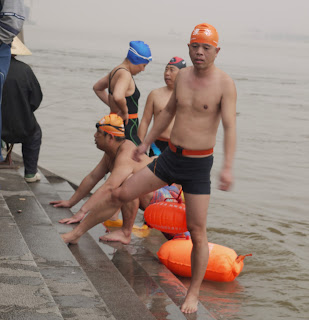 The swim is not an easy feat - apart from the indefinable thick-brownish waters, the current is very strong, and the river is full of all kinds of ships. But these guys were tough. 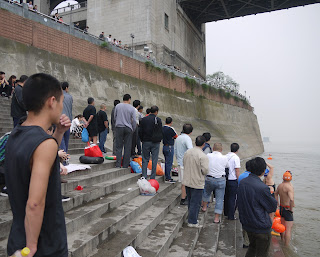 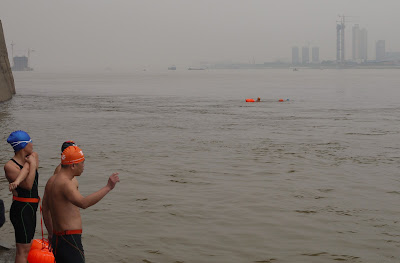 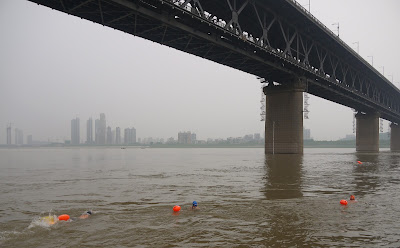 Soon, they were only tiny spots among the mighty ships travelling upstream. 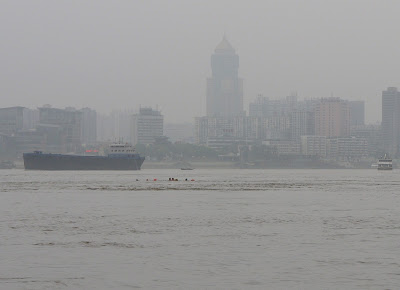 From the bridge, one could see the ships from above. 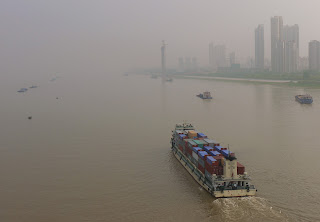 Many of those going upriver were empty, while the ones going down lay deep in the water, full of sand for the busy building sites on China's eastern coast. 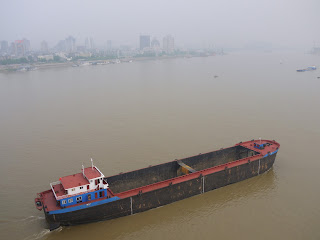 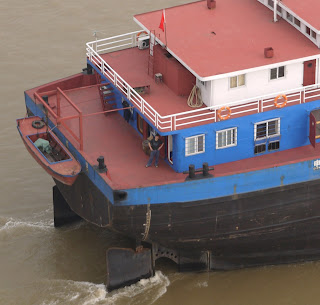 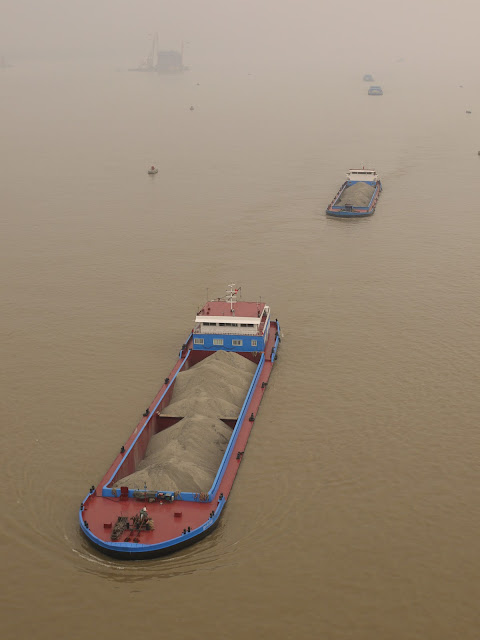 Posted by Michael Rochlitz at 19:23