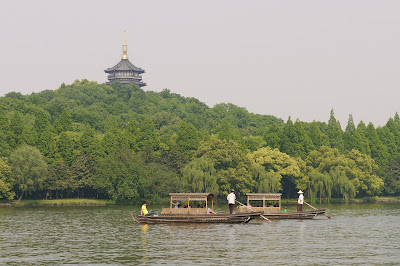 South of Shanghai lies the city of Hangzhou, which is home to the famous West Lake. Surrounded by lush green mountains and countless pagodas, temples and gardens, the peaceful lake is a perfect example of classical China: 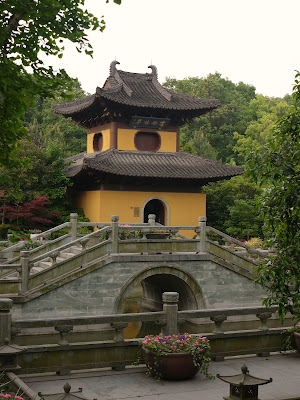 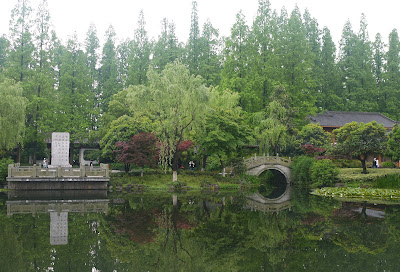 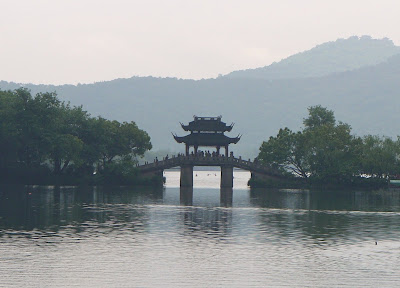 If you are lucky, you can see large fish gliding through the mysterious waters: 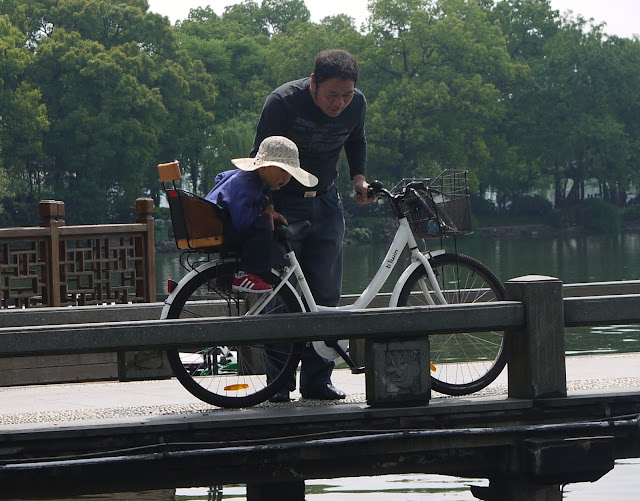 One afternoon, I put on my hiking boots and went for the mountains behind the lake: 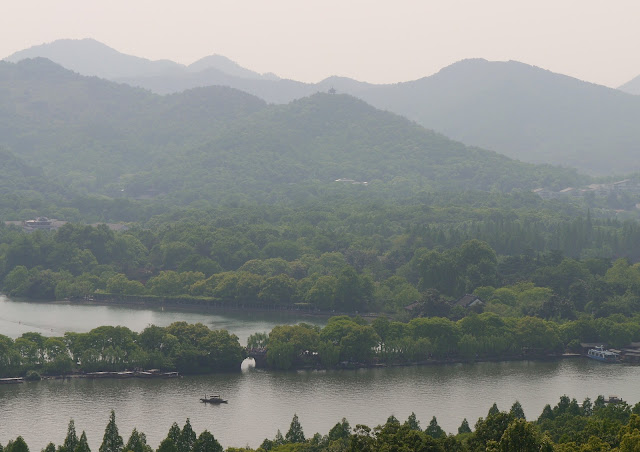 From the lake's western shore, a long set of stairs leads through dense vegetation up into the hills. 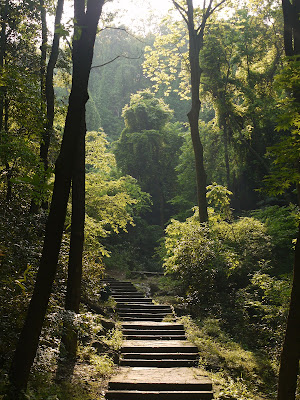 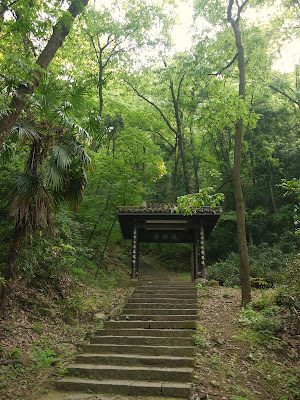 Higher up, the forest is less dense and you reach some tea plantations. In one of the fields, a friendly farmer was working. 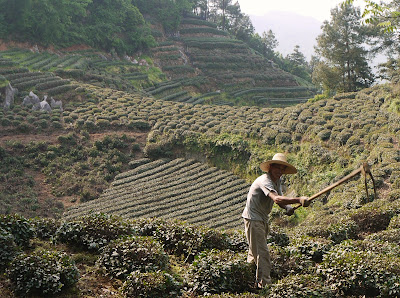 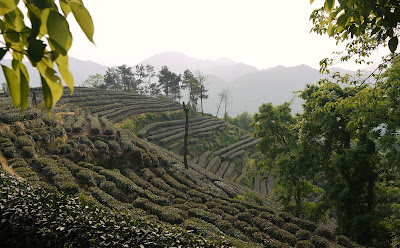 Later on, I came to a village where people were drying tea leaves: 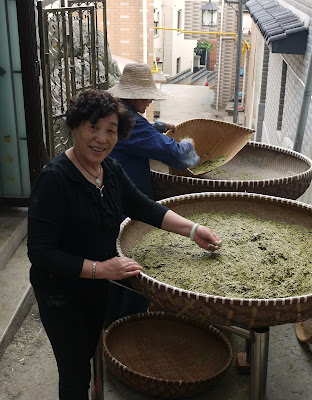 The next morning, I walked to the lake's northern shore. On an island was a park with a couple of buildings, where in former times wise men gathered to write poetry and practice calligraphy: 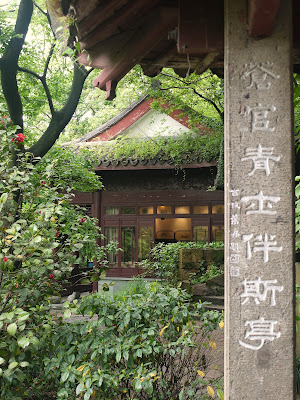 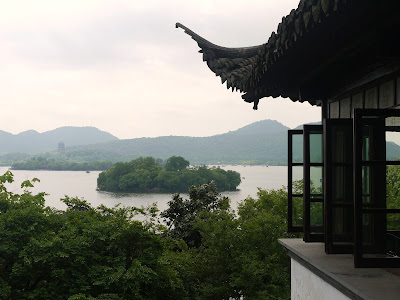 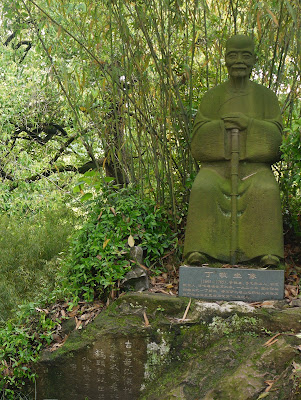 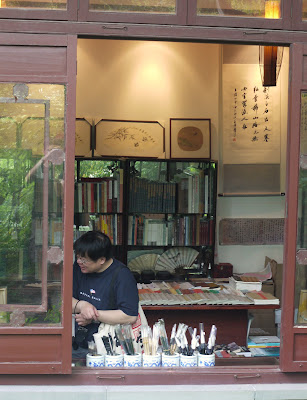 Emperor Qianlong (1711 - 1799) named one of the paths in the park the path of green clouds, and composed a poem to describe it:

The roads lead to mysterious sights,
the woods pierce into the high clouds.
About the footprints on the moss,
the woodman knows nothing.
Misty cranes' feathers, watery snails' patterns.
As gorgeous as the East Mountain,
only there is too much bamboo. 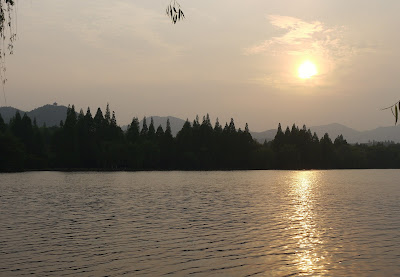 Posted by Michael Rochlitz at 11:26