Last week, we went to visit a factory in Alapayevsk. Alapayevsk is a Russian town 140 north of Yekaterinburg, where I'm currently working as visiting lecturer at Ural State University.

Along the road, people were selling large quantities of mushrooms. 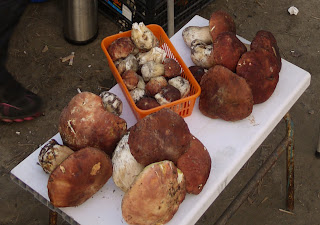 From time to time, one could see golden cupolas blinking through the colourful trees... 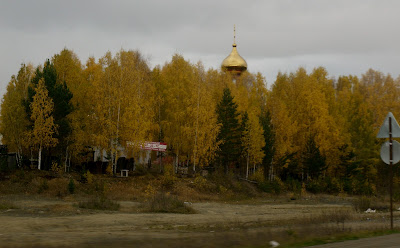 ...while every now and then, a heavy lorry came out of the forest. 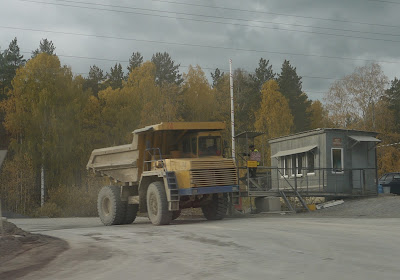 In Alapayevsk, we were supposed to meet one of the directors of the company "Stroidormash", a manufacturer of specialized trucks.

My friends were hoping to sell some special equipment to the firm, while I wanted to make an interview with the director. 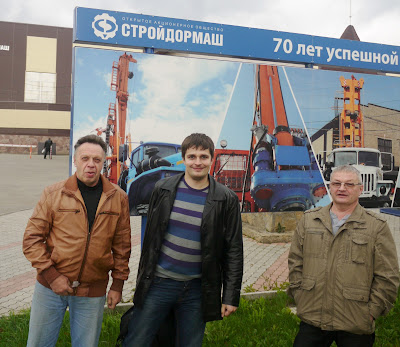 So in we went.

The meeting lasted for 5 hours and was very interesting. It was the first time I assisted to a Russian business negotiation.

During my interview, I asked the director about the main problems the company was facing. By far the biggest problem, he said, is to find qualified engineers. He deplored that the quality of technical students who finish university, even in a center of higher education such as Yekaterinburg, is very low. Sometimes, they are forced to hire pensioneers who have long stopped working to keep their factory running.

When I asked him about the problem of corporate raiding (i.e. companies being stolen from their legitimate owners by criminal groups, a subject I've been studying for the last 2 years), he did not want to go into details. But he said that his firm had suffered substantially during the last 10 years ("they simply didn't let us work"). However, since a new law about raiding had been passed by president Medvedev in 2010, the situation had become much better.

When the meeting was over, it was already getting dark, so that the heavy lorries on the road back to Yekaterinburg had already switched on their lights. 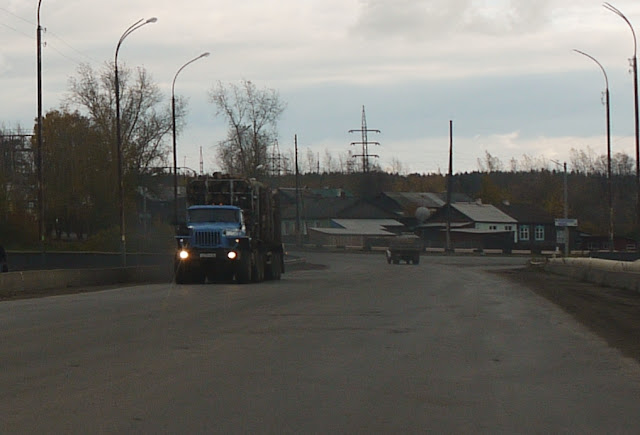 Posted by Michael Rochlitz at 11:21