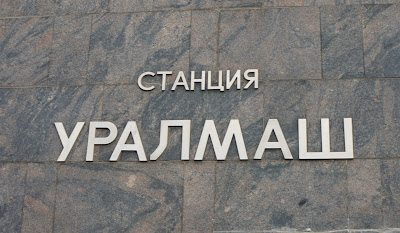 Yesterday I went for a walk in the Uralmash district of Yekaterinburg. This part of town is famous for its old buildings, some of which have been constructed by German prisoners during the late 1940s. 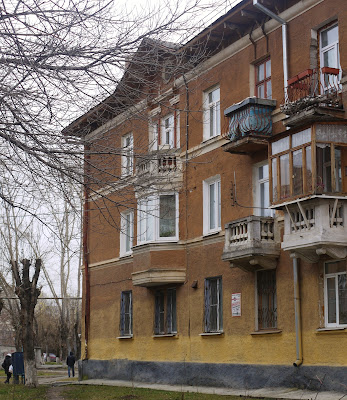 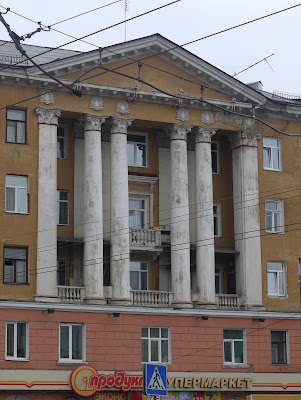 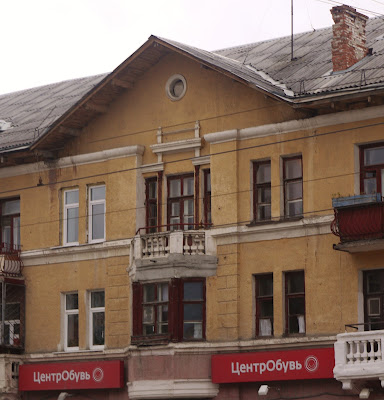 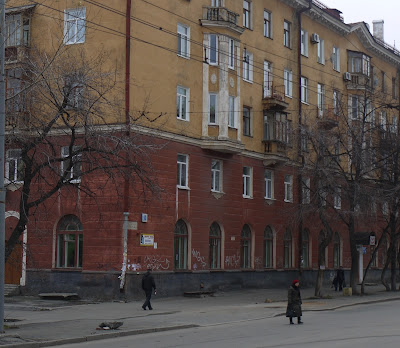 In a courtyard, some kids were having fun. 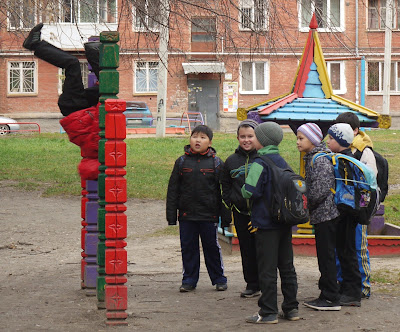 A sad monkey was watching them from his place on a balcony. 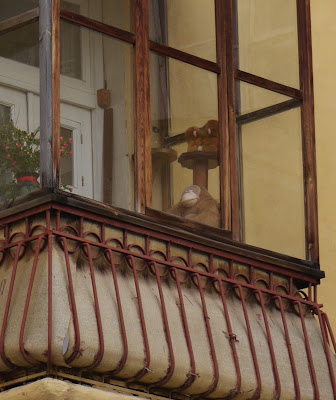 As everywhere in Russia, babushki were waiting for somebody to buy their pickled vegetables. 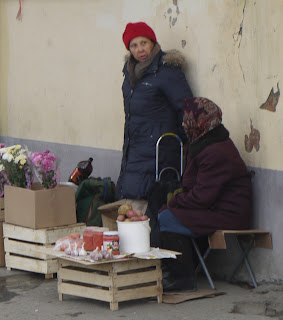 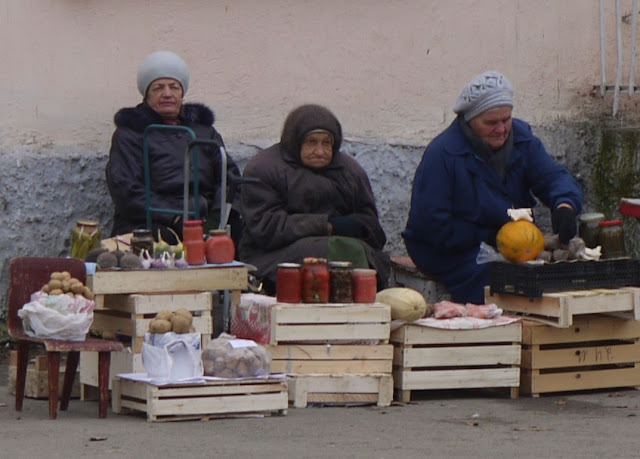 Some of the street scenes looked a bit like Chekhov. 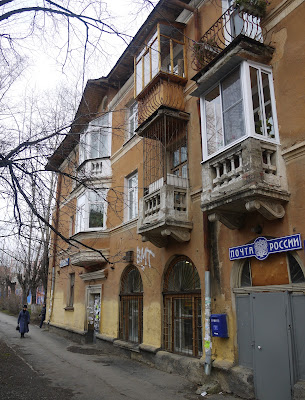 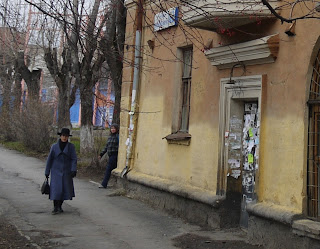 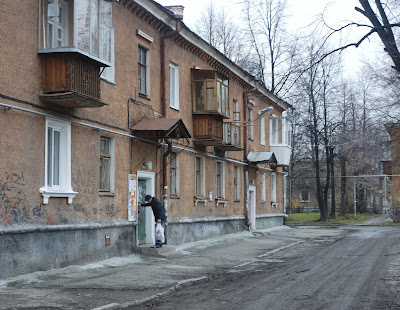 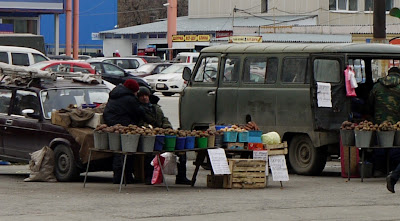 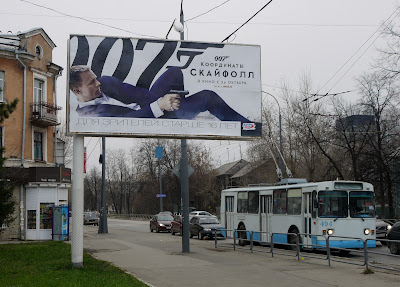 Then I met a couple of workers who were making sure that the city heating system was in good shape before the start of the winter. 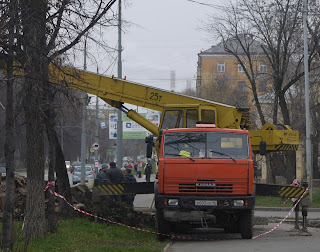 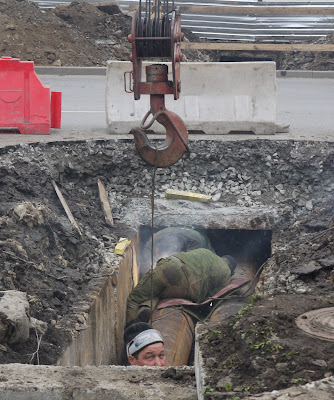 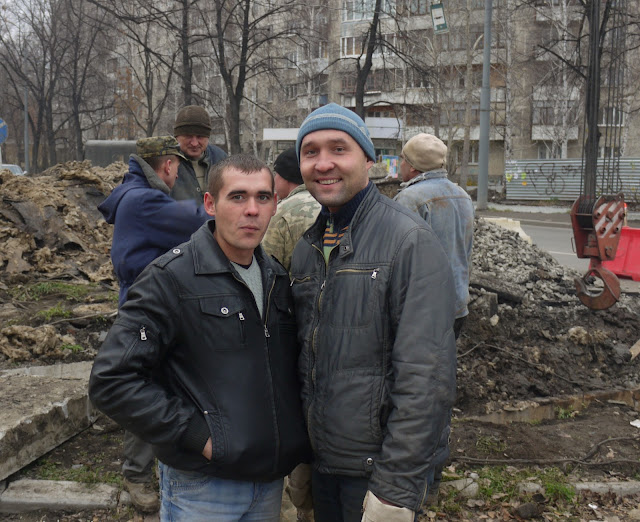 Because the approaching cold could already be felt. 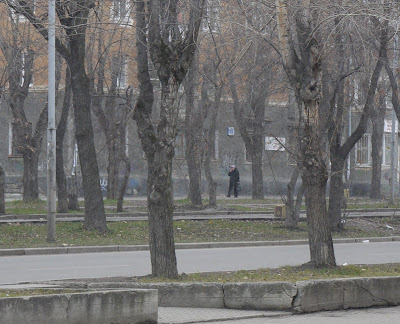 The district is called "Uralmash" after the big machine building factory which is situated just south of it: 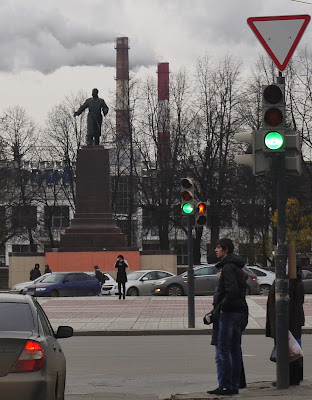 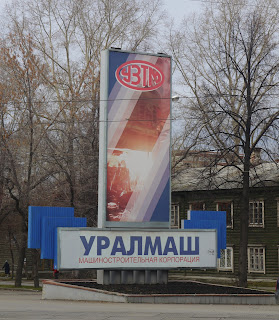 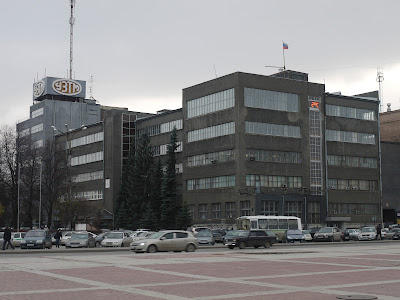 In front of the factory is a statue of the old revolutionary Sergo Ordzhonikidze, who proudly presents this achivement of Soviet industry to curious passers-by. 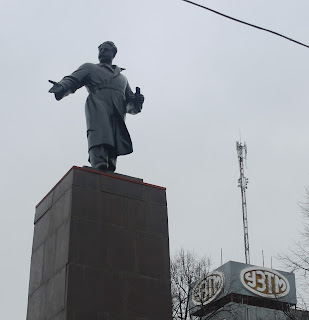 During Soviet times, the factory had received a whole range of decorations: 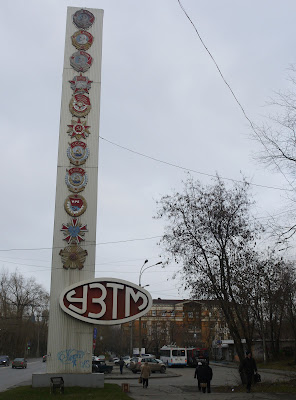 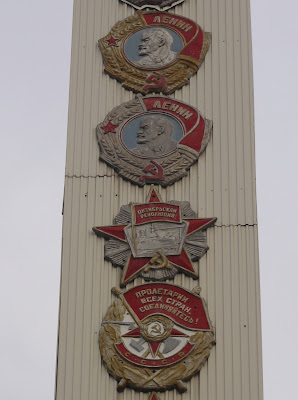 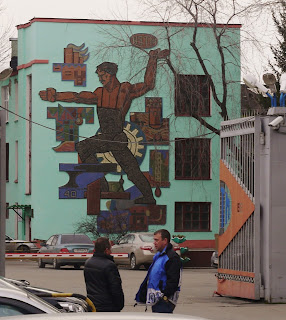 When I arrived at the gates, it was already evening, and the workers were about to leave. 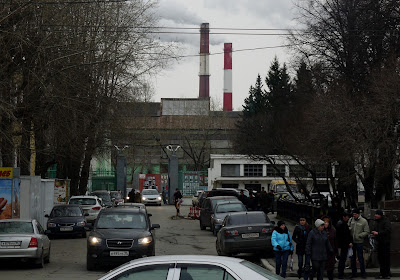 After watching them for a while, I also decided to go home, as it was getting dark and cold. 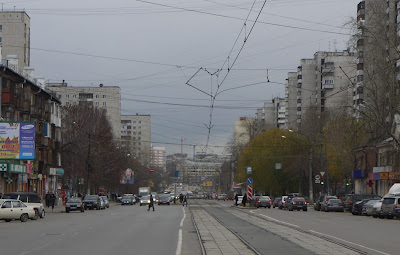 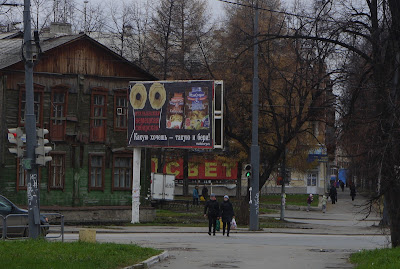 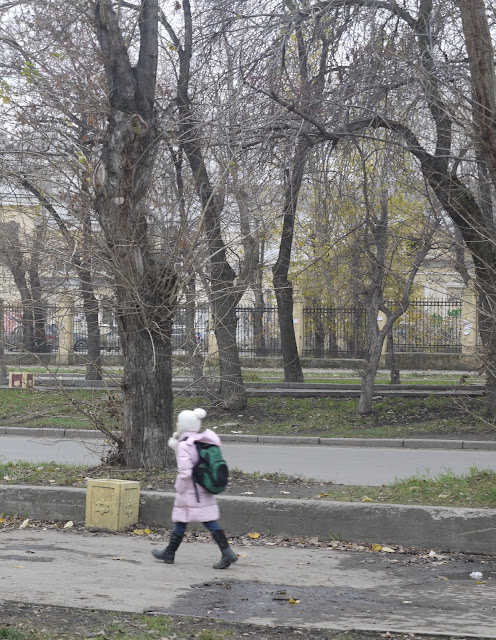 Posted by Michael Rochlitz at 12:00