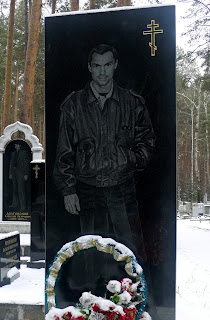 During the 1990s, Yekaterinburg was one of the centres of organized crime in Russia. Two criminal groups were fighting against each other for control of the city - the Uralmash and the Centralniy gang.

Soon their fights degenerated into a series of bloody contract killings. Each time a gang member was killed, he was buried by his friends on one of two cemeteries in the town.


With their expensive black marble headstones, often showing full-length pictures, the mafia tombs stick out from other graves, and are easy to recognize: 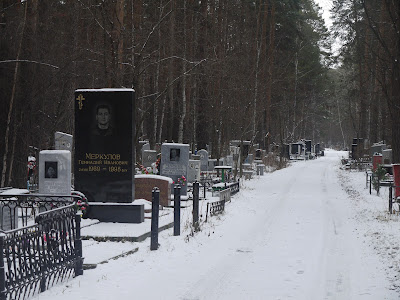 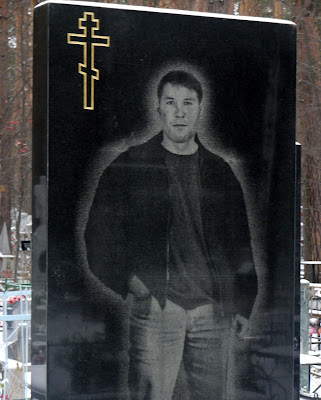 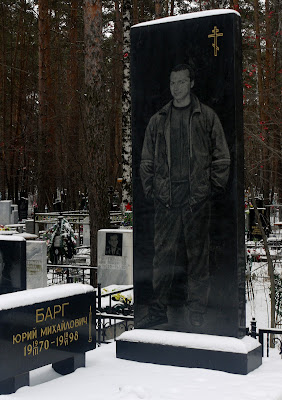 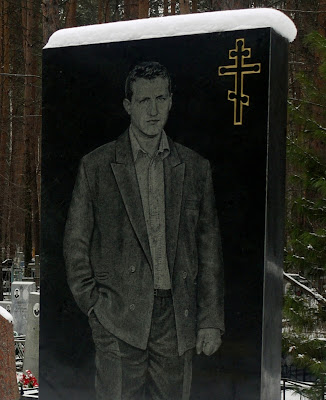 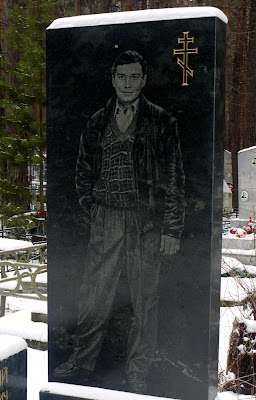 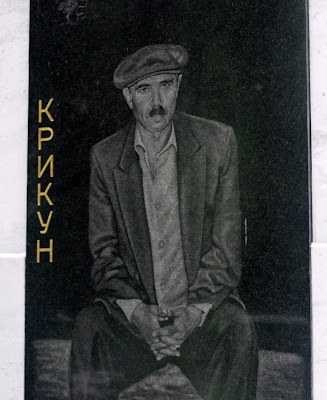 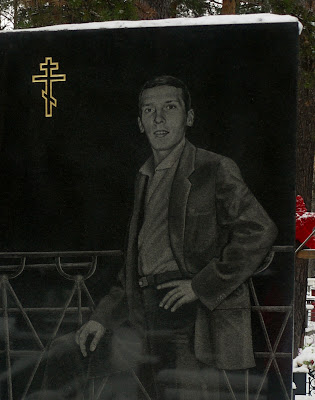 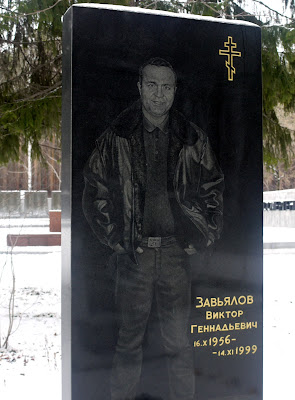 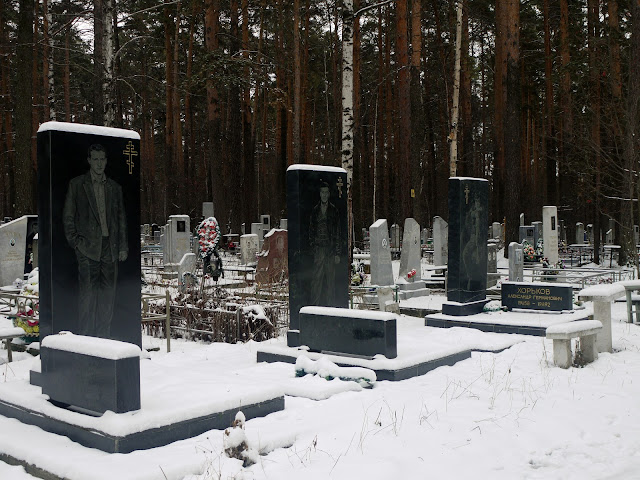 Sometimes, gang members are depicted together with their cars: 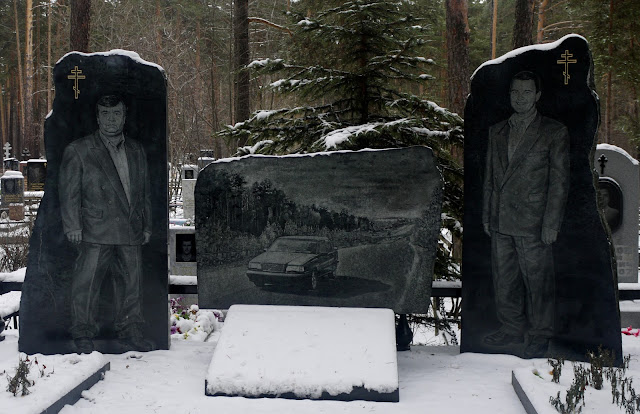 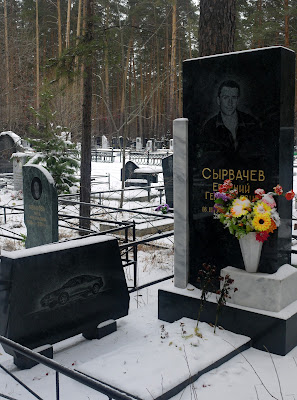 The tomb below belongs to Mikhail Kuchin, one of the leaders of the Centralniy group, killed by contract killers in front of his house in 1994. Note the Mercedes keys in his hands. 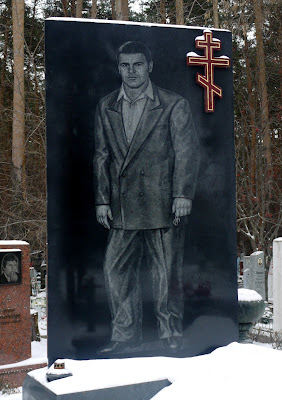 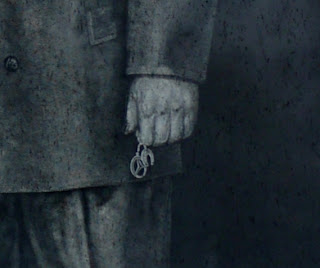 Olga Matich of UC Berkeley has a paper on mafia burials in Russia, where she describes the significance of such insignia.

She also notes that while mafia bosses are often depicted in expensive suits, the guys responsible for enforcing decisions can be recognised by their loose-fitting pants, leather jackets, and athletic shoes (while the pictures above show Centralniy members from the Shirokorechenskoie Cemetery, below are pictures from Centralniy's rival gang Uralmash from the northern cemetery, located north of Yekaterinburg's Uralmash district). 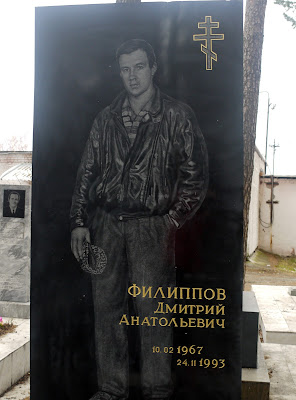 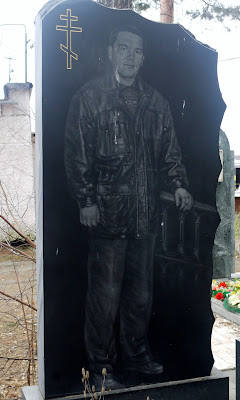 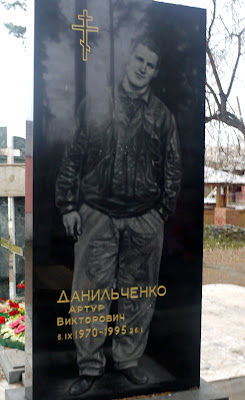 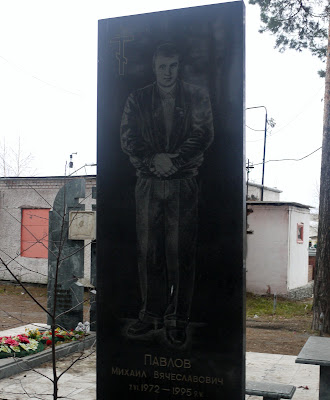 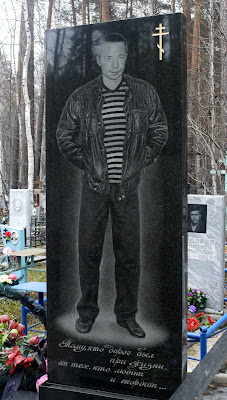 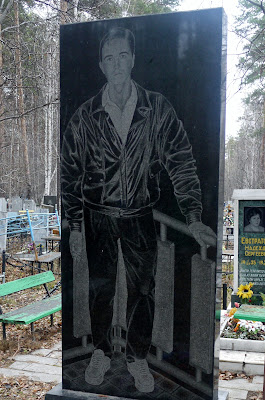 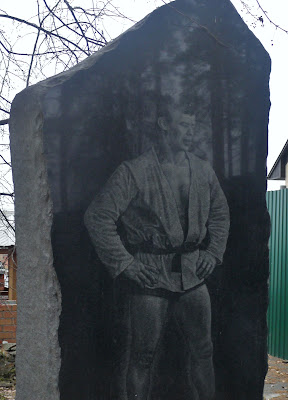 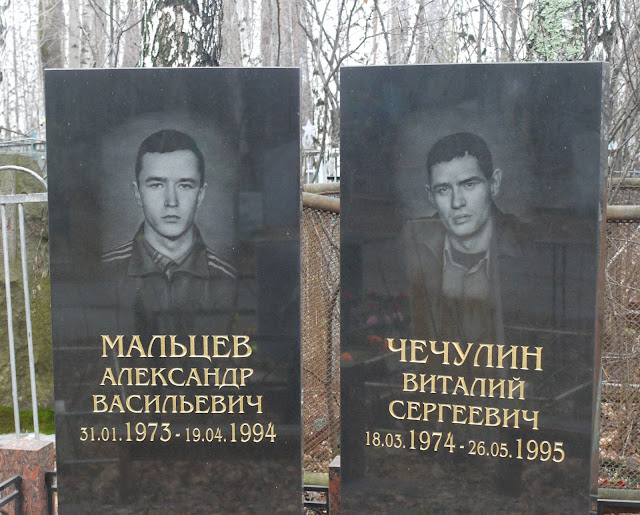 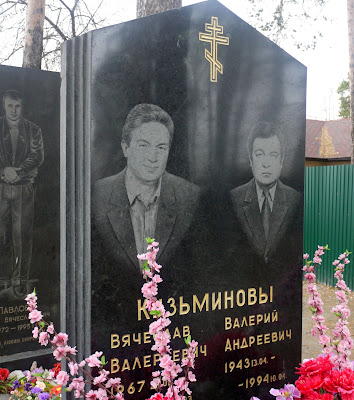 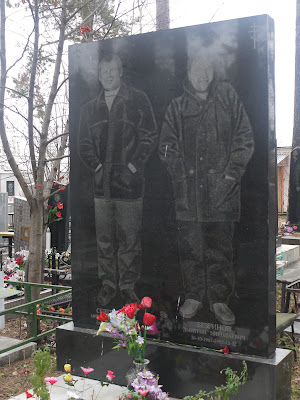 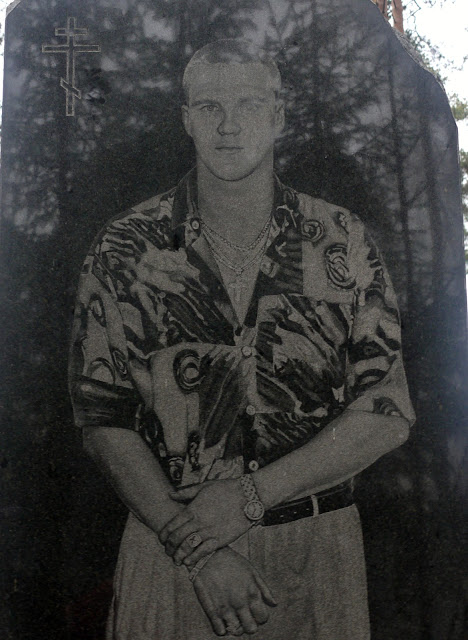 If you want to have a closer look at this period of Russian history, two good books are Vadim Volkov's study "Violent Entrepreneurs",

and the book "The Russian Mafia: Private Protection in a New Market Economy", where Frederico Varese examines the evolution of organized crime in the Russian city of Perm, situated about 300km north-west of Yekaterinburg (as it happens, almost exactly a year after writing this post, I came upon a small mafia cemetery while walking through some fields in the outskirts of Perm). 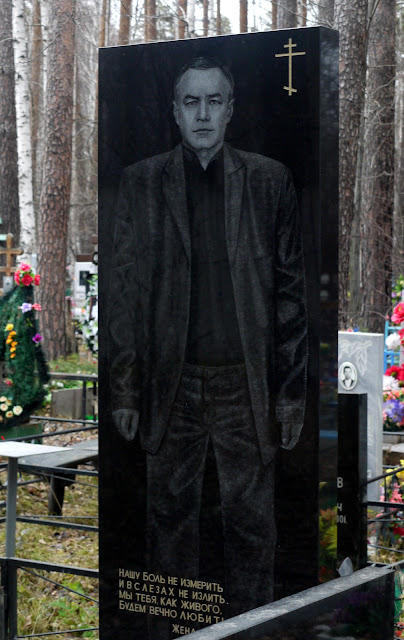 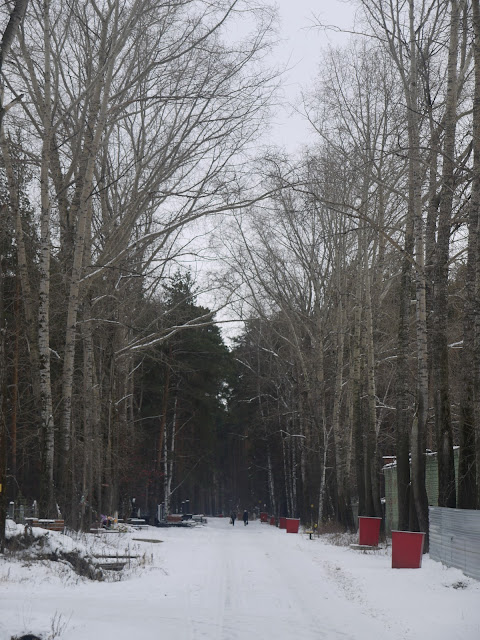 Posted by Michael Rochlitz at 06:12