The Fall of Timbuktu

A couple of years ago, in the Malian town of Mopti, I negotiated a passage with a local fisherman who was on his way to Timbuktu. Having charged his small boat with supplies and bottles of water for the three-day trip, we left early the next morning, the small boat slowly steering through the sleepy harbour. 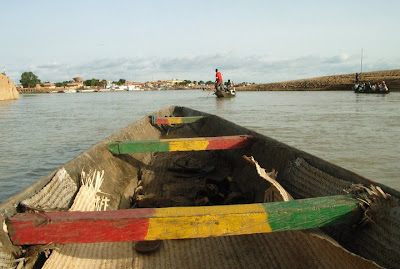 It was a tranquil journey. Every now and then, a boat was sailing by on its way downstream, the sails sewn together from old UN or FAO grain bags. 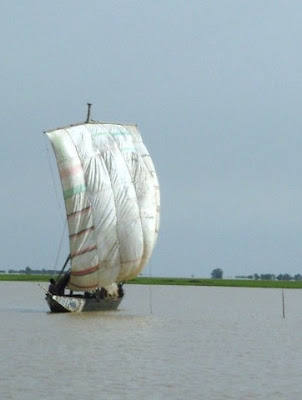 When we passed a local market, we went ashore to buy fruit or a chicken. People were friendly, with a lot of smiling and joking going on. 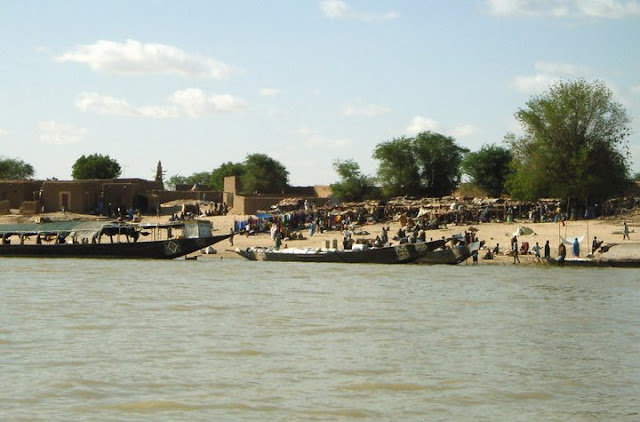 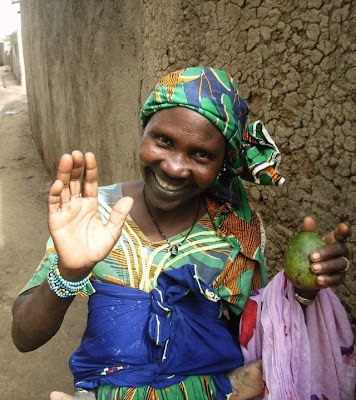 In one small village, an old man with impressive glasses showed me around the local mosque. 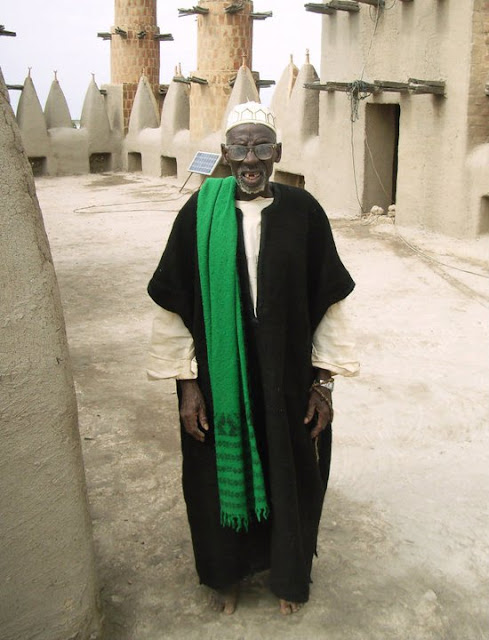 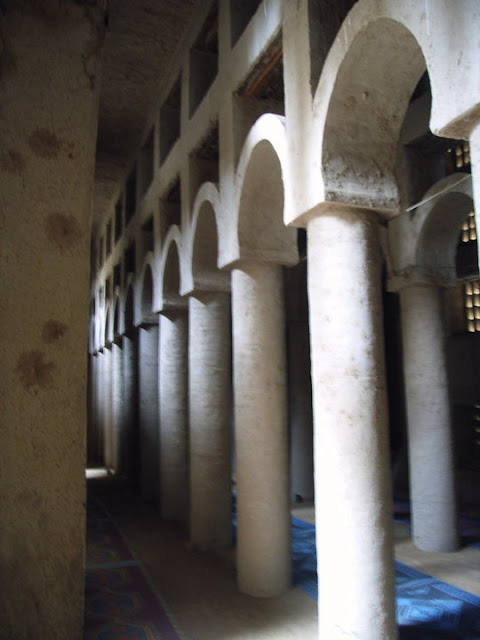 Late in the afternoon of the third day, we arrived near Timbuktu. I thanked my fisherman, and jumped on a small pick-up truck that was going to the city. After a half an hour drive through the sand, all of a sudden the mysterious town appeared out of a sandstorm that was gathering on the horizon: 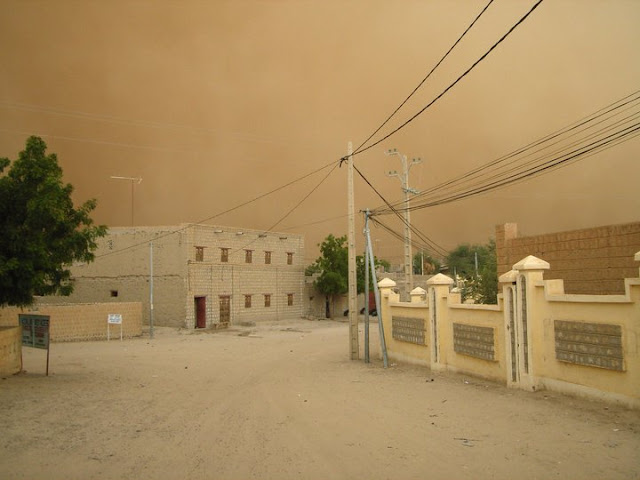 I still remember the song that was playing in the courtyard of the small guesthouse where I stayed that evening (Sinama Denw, by Habib Koité):

Although the roofs of Timbuktu were no longer covered with gold (as described by Leo the African when he passed through the city in the early 16th century), there were still a number of mysterious libraries, tombs and mosques to discover. One could see that Timbuktu had once been a place of great learning. 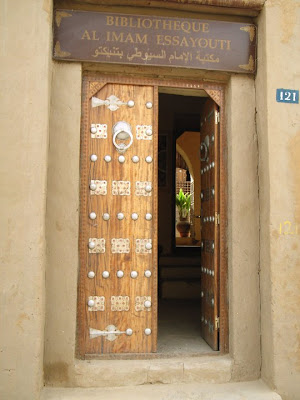 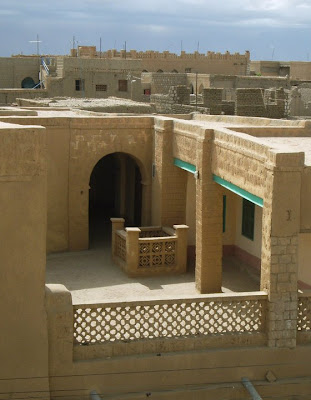 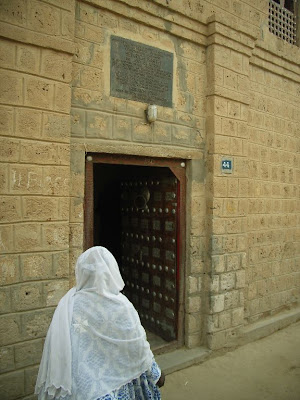 It makes one very sad to think that many of these places have since been destroyed by the Islamist extremists who took control over the city in mid-2012.

Walking through the dunes around town, I met a couple of young Tuareg who were preparing a caravan to the salt mines of Taoudenni. Covered in black and dark blue cloth, they looked very much like the proud desert warriors they were. After a friendly greeting, I was offered some sweet tea, and we spoke about life, camels, and the Tuareg independence movement. For a long time, they said, the Tuareg had been discriminated against in the new Malian state. They were visibly unhappy about their situation.

Early in 2012, after another uprising, it finally looked as if an independent Tuareg state would come into being. But after a radical faction within the Tuareg movement, Ansar Dine (a group supported by extremists from southern Algeria and Mauretania), split away from the more moderate Tuareg, the whole region descended into chaos. After the moderate Tuareg lost a decisive battle on June 26-27, 2012, against Ansar Dine and its allies, they could no longer prevent the extremists from taking over control of the cities of northern Mali. Two days after the battle, Ansar Dine started destroying parts of Timbuktu's world heritage site. It is to prevent these radical groups from taking control of the whole of Mali that France has recently sent troops into the country.

After 3 days in Timbuktu, I started looking for a way to get back south. However, the only bus on schedule didn't leave, as heavy rainfalls further south had made most roads impassable. 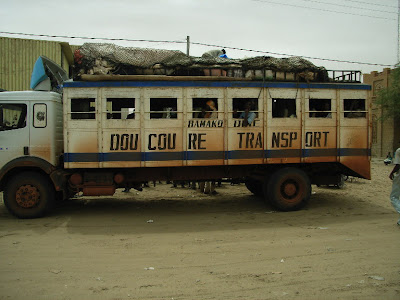 Fortunately, a group of French adventurers had just arrived from Morocco. Together with a Malian family that was also stuck, they offered us a lift in one of their two Toyota Land Cruisers. 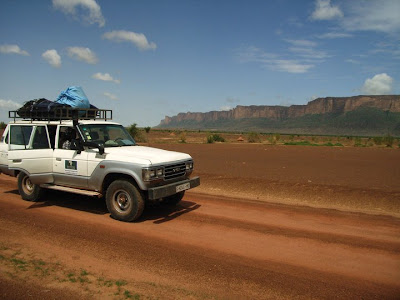 The two Land Cruisers were impressive. Although many roads were indeed completely flooded, with a number of stranded vehicles stuck in the mud, our two cars made it safely through the deepest water. 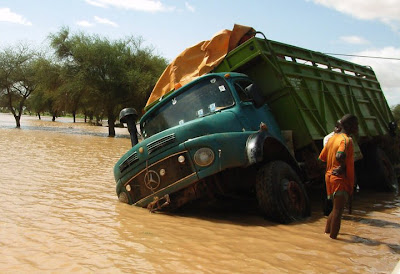 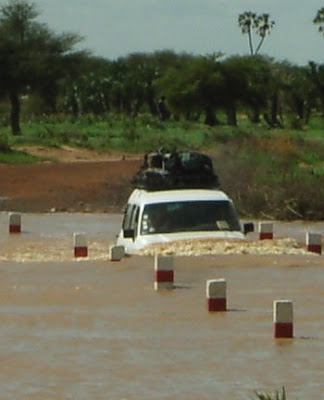 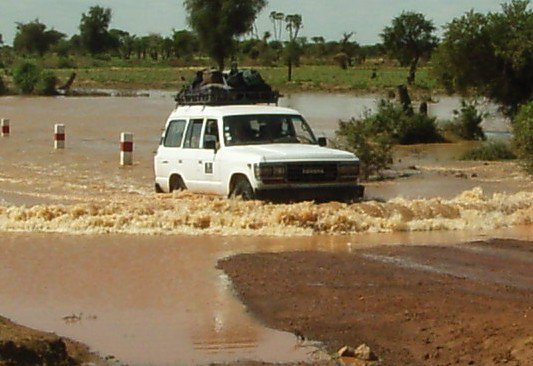 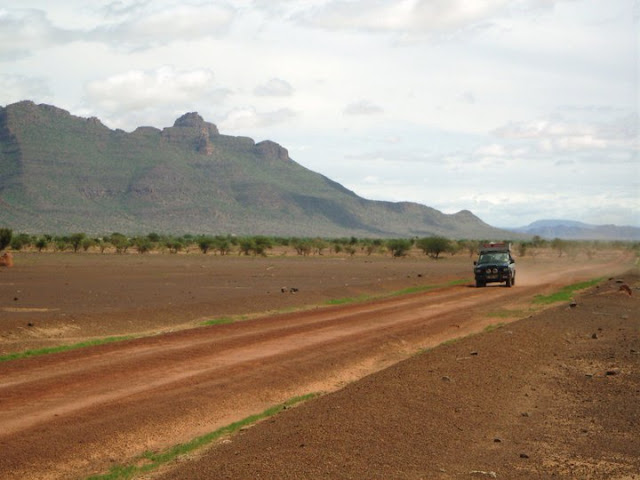 Posted by Michael Rochlitz at 16:13