Russian Politics: The Paradox of a Weak State

During the last couple of years, I had the chance to read quite a few books on Russian politics. This one by the political scientist Marie Mendras (French version published in 2008, this updated English version in 2012) is one of the best I've come upon so far.

Mendras is a strong-headed French researcher (in 2010, she briefly was Director of the Policy Planning Staff in the French Ministry of Foreign Affairs, but soon had to leave due to a series of quarrels and differences of opinion with staff and colleagues).

In the book, she focuses on the relation between state and society in Russia. Instead of using a chronological order (as many similar books do), Mendras presents a series of topical chapters that look at the Tsarist and Communist legacy, Russia's relationship with the West, the role of political institutions and the bureaucracy to build a framework which she then uses to analyse Vladimir Putin's Russia today. 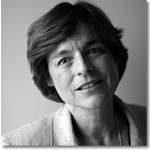 Mendras is not afraid of advancing strong opinions. But here this is not a disadvantage, as her view on how Russia works comes - in my opinion - close to what is actually happening in the country. Mendras argues that instead of rebuilding a strong Russian state, Putin has successfully undermined most public institutions, to established a patronage system of rule. Loyalty to the elites in the centre is the criteria that decides if state employees are promoted or not. This has resulted in a state apparatus that is weak and inefficient, with the wrong incentives in place and the elites at the center being unaccountable to the society they govern.

Mendras skillfully presents the research of a large number of major Russia watchers to back up her analysis. If you buy her argument, it's a good explanation why Russia has such difficulties to implement a modernization agenda and some kind of industrial policy. A good book.
Posted by Michael Rochlitz at 09:45