A trip to the countryside 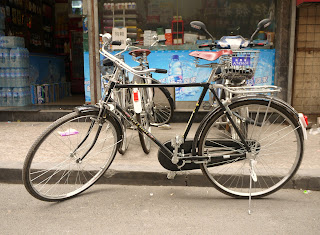 One morning in Xi'an, I wanted to go to the countryside. So I went to a nearby shop and rented a bicycle:


The best way to get to the countryside seemed to keep straight South, so I just started cycling. Traffic in central Xi'an was dense and interesting, with heavy loads being transported by simple means. 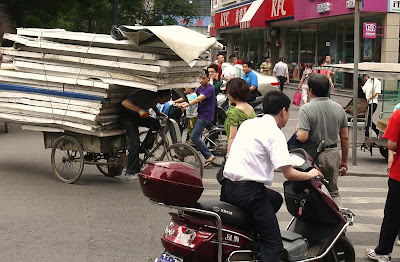 Eventually, the tall skyscrapers were replaced by lower buildings, and the road started to climb slightly. Behind, one could see the city center and the television tower disappearing in the mist. 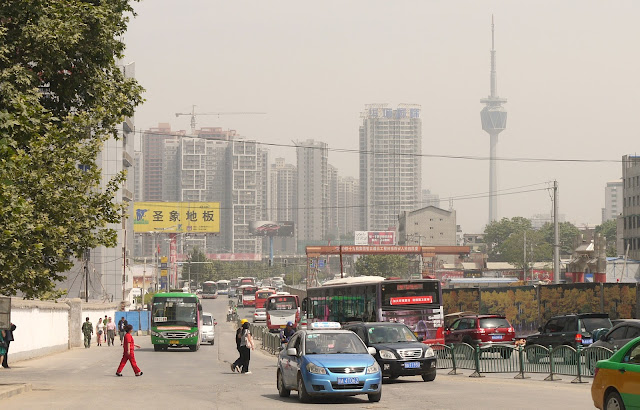 Slowly, the roads became dustier, the traffic less dense, until the landscape had all of a sudden no longer an urban but a rural feel. 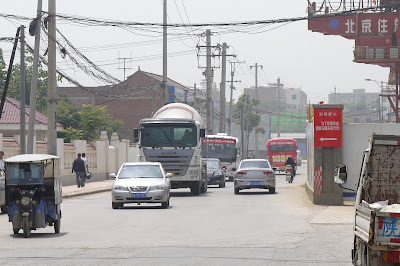 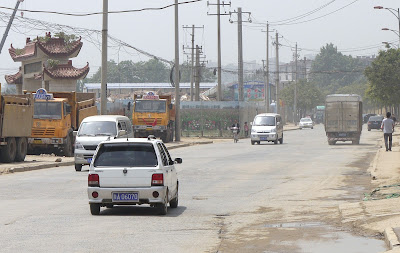 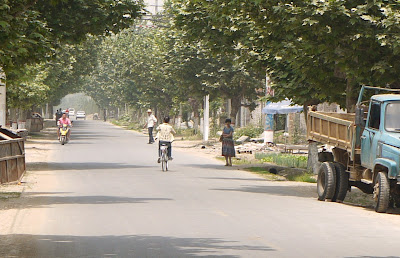 After some time, I passed through a sleepy village: 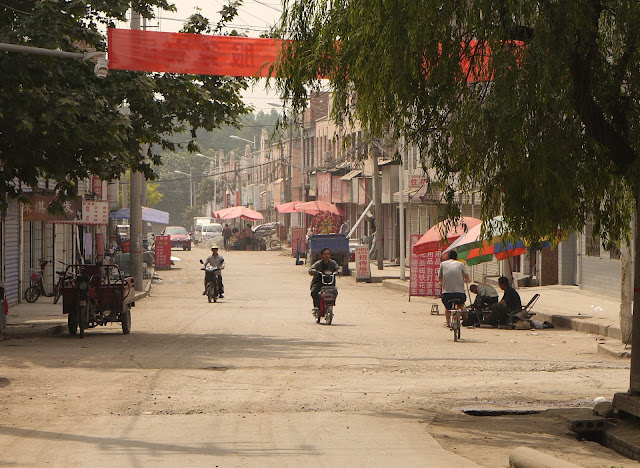 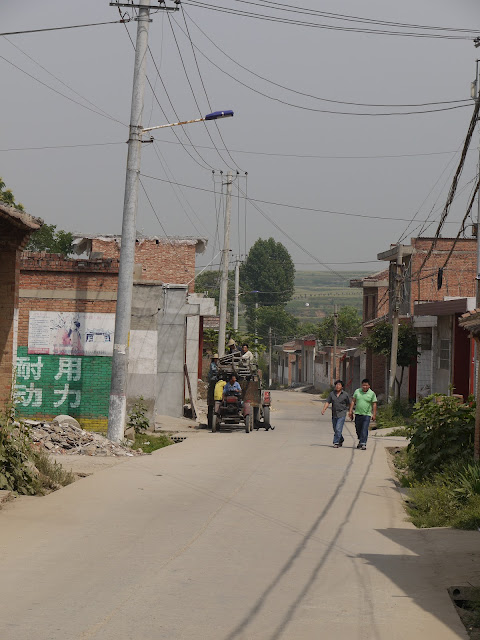 Along the road, there were some nice old bridges. One of them was bordered by willow trees, and an old man with a straw hat was just crossing. It all looked very Chinese. 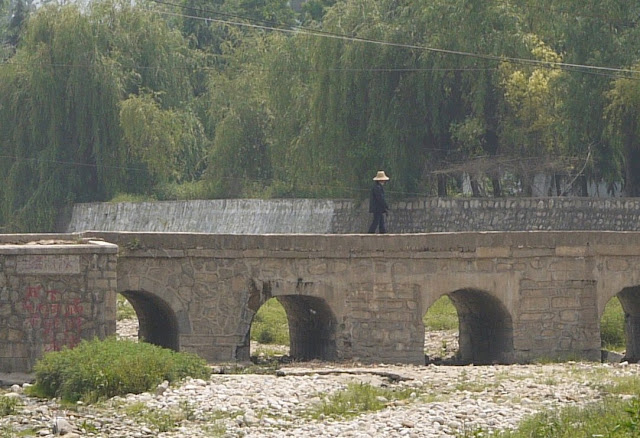 Then I met these guys. They told me that the mountain in the background was called "Wutai Shan", just like the famous "Wutai Shan" in Shanxi province. 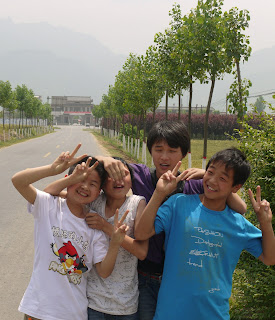 In the next village, I stopped to have an ice cream. Some children from a nearby school also passed by to buy some sweets. 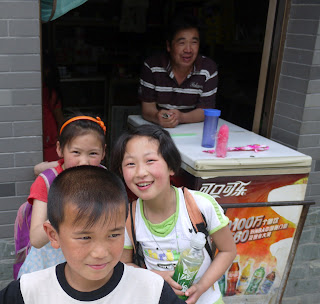 Soon, we were taking funny pictures: 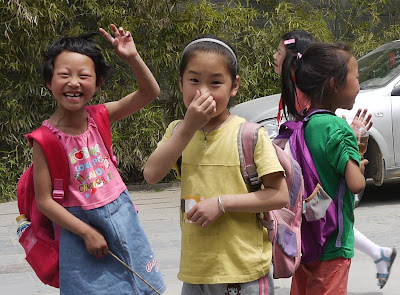 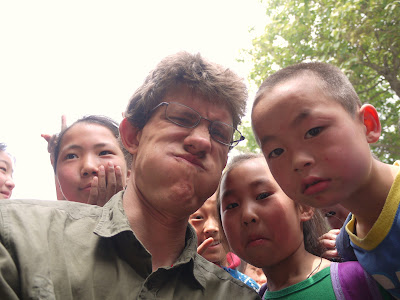 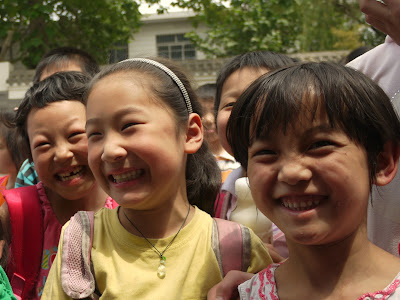 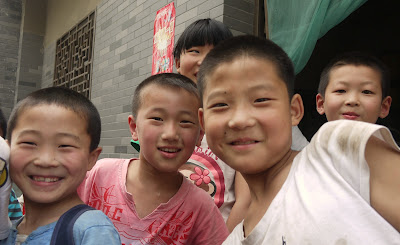 Eventually, most of the school must have come out, and there was a lot of commotion on the tiny village street that had been so quiet just a few minutes earlier. 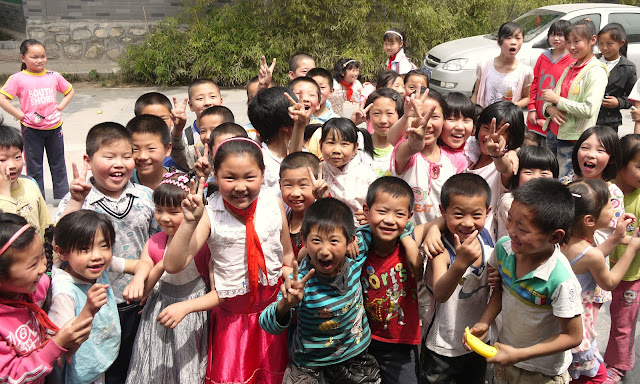 Then I was again alone one a small road. From the large wheat fields, one could easily see that the main staple food of the region was bread and noodles. 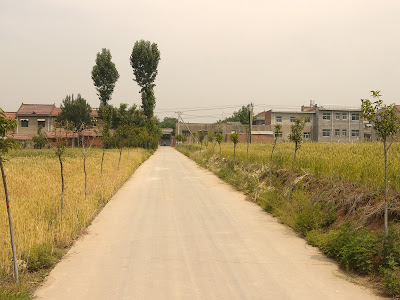 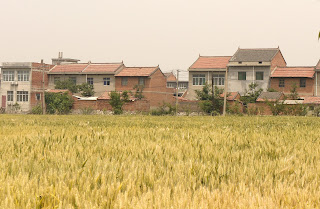 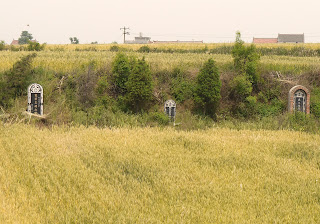 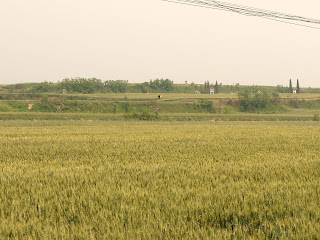 In a village on my way back, I bought some water in a shop and had a chat with the friendly owners. 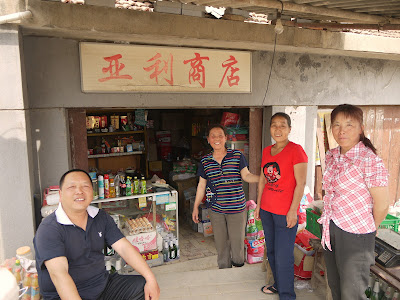 Later in the afternoon, back in Xi'an, I took some zig-zag routes and lost my way. The subburbs of big Chinese cities all look somewhat similar, and are sometimes not easy to navigate. 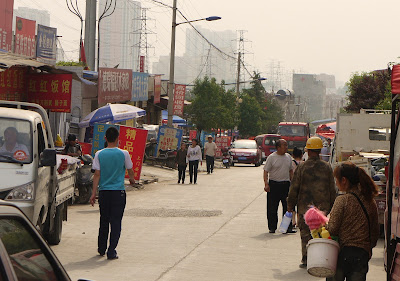 But then, like an old friend, the TV tower peered round a corner, and I knew that I was on the right track. 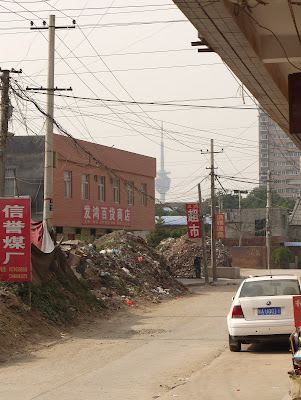 Posted by Michael Rochlitz at 15:41