In the year 551 BC, Confucius was born in the eastern Chinese city of Qufu.

Today, more than 2500 years later, the Kong mansion, the Confucius temple and the cemetery where all members of the Kong family have been buried since the great master died are still places of great interest, with travellers coming from far away to have a look. 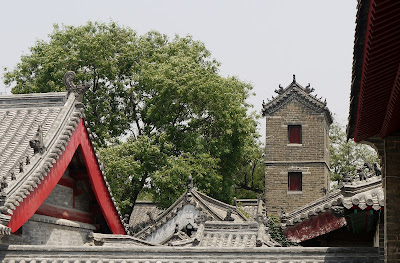 In the estate of the Kong family, I met professor Wang. 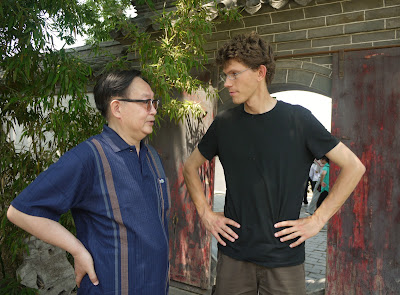 Professor Wang is an eminent scholar of Chinese literature and poetry. He was showing Master Kong's birthplace to his granddaughter. 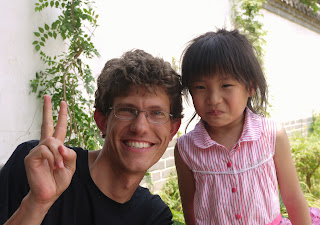 Later on in the Confucius temple, a couple of people were lighting incense sticks, but otherwise the temple grounds were quiet and empty: 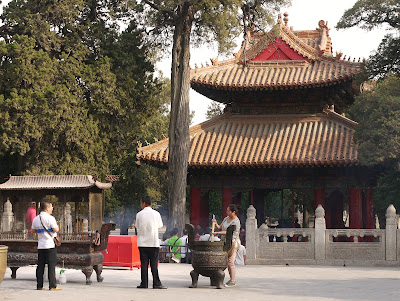 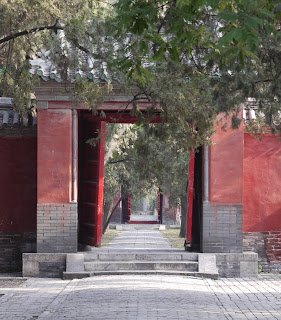 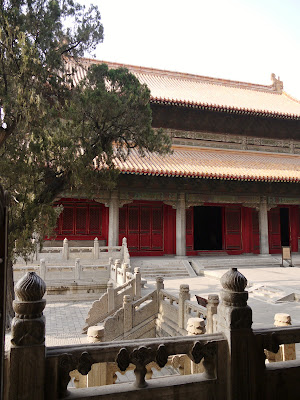 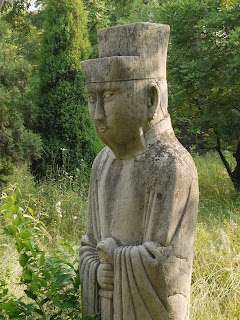 In the afternoon, I went to see the famous cemetery, which is actually a small forest north of town. In the forest, suspicious guardians were keeping watch over the many graves that lay scattered throughout the woods. 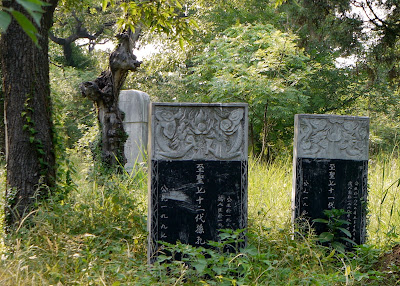 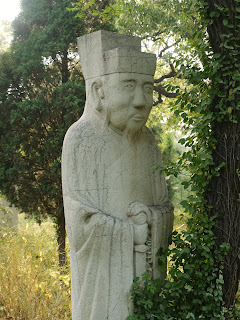 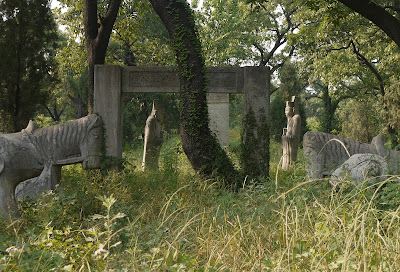 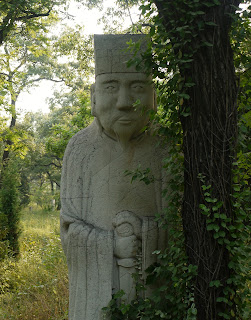 Early the next morning, I rented a bicycle to have a look at the sourrounding countryside. All throughout town, people were already up and busy: 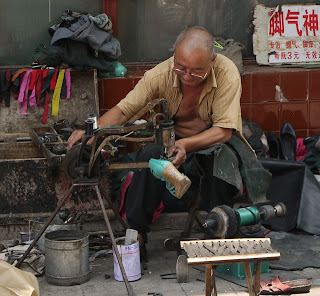 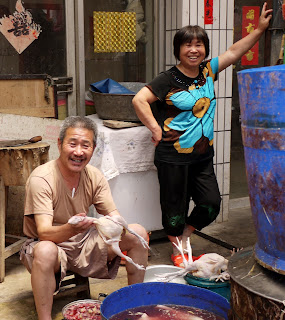 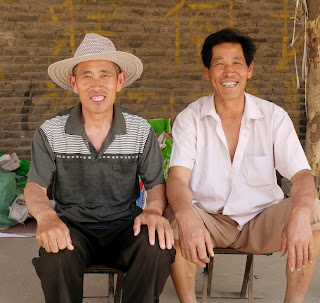 A bit to the east of Qufu, the Beijing - Shanghai highspeed line passes by... 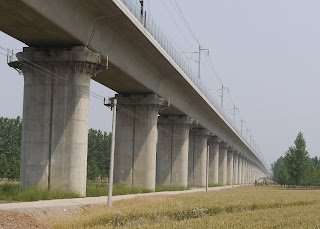 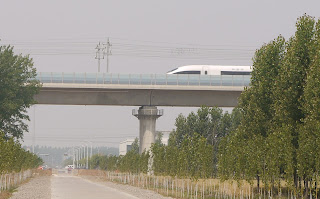 ...but otherwise, the countryside still looks very rural, and most people seem to walk to get from place to place. 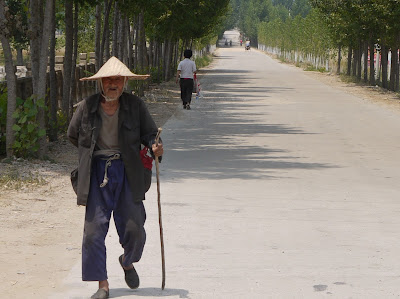 When I came to the gate of a middle school, a man was waving. He was a mathematics teacher (first from the left on the picture), and wanted to present me to his colleagues: 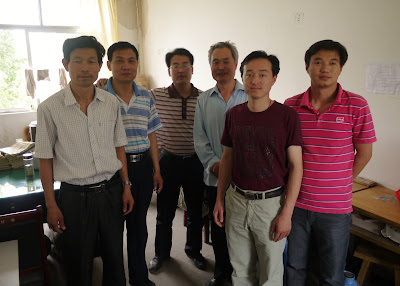 Then he brought me to a class where a girl who was the same age as me was teaching English. First her students were very shy, but then they asked many questions. How is the weather in Europe? Who is your prime minister? How did you come to China? Is everyone in Europe supporting FC Barcelona? How tall are you? I tried to answer as best as I could. 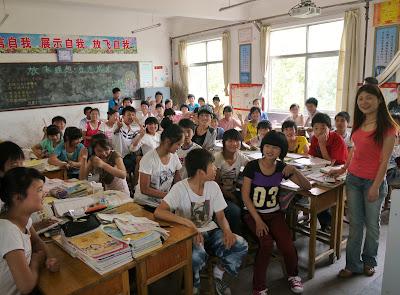 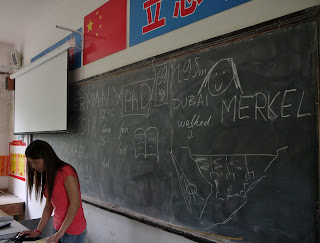 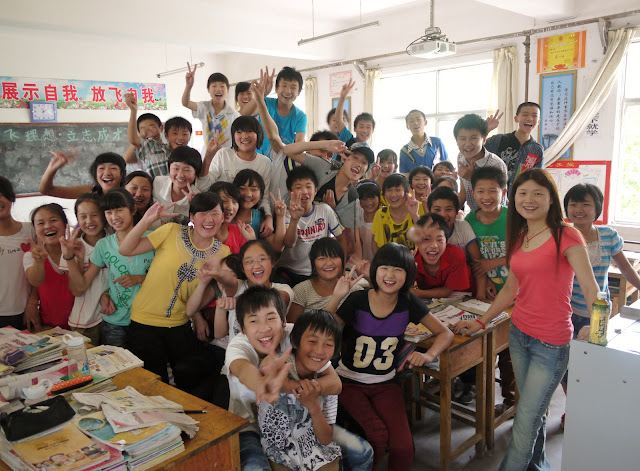 After class, the English teachers invited me for lunch. 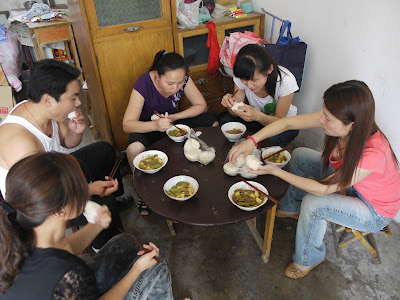 Then I said good-bye and continued cycling. In the next village, people were wearing white clothes and making strange music. First I didn't understand what was going on, but then I saw that it was a funeral. 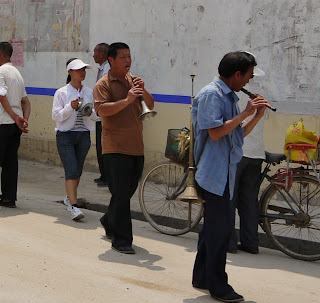 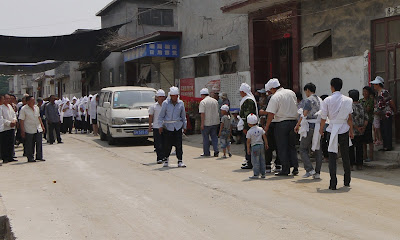 A bit further on, a couple of roadworkers had a rest in the shade next to the road. They were constructing a new highway: 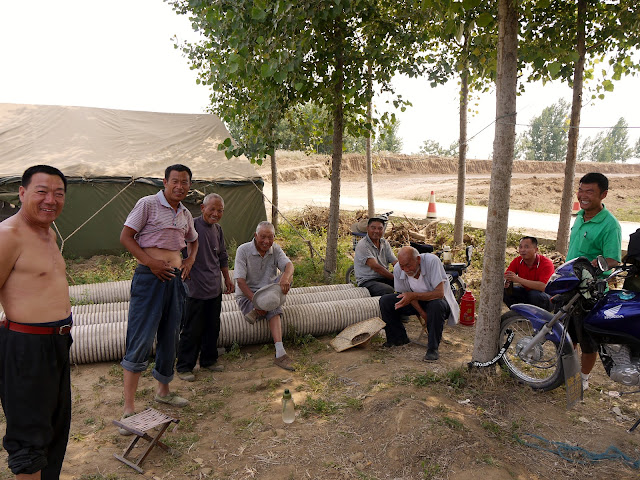 On the way home, a man with an interesting vehicle overtook me. He was transporting white paint, and was leaving a trail of small white dots on the road behind him. 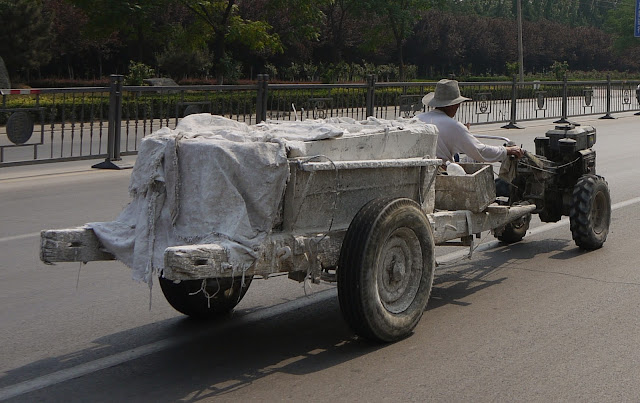 Posted by Michael Rochlitz at 14:47