When I came to the city of Perm, I couldn't believe my eyes. Some of the buses were from my home region in Germany, Baden-Württemberg: 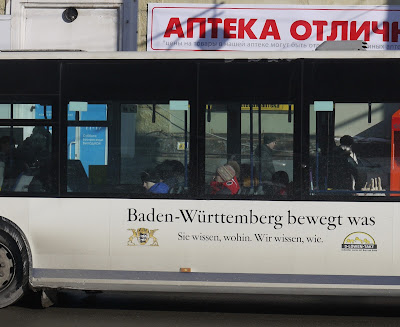 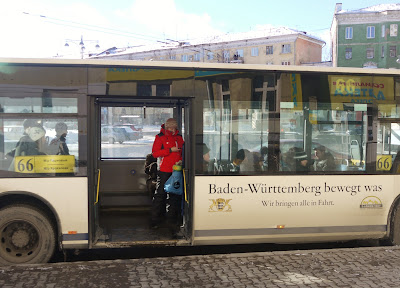 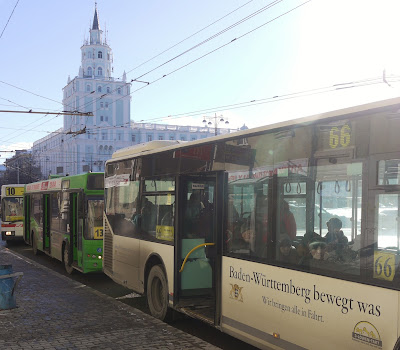 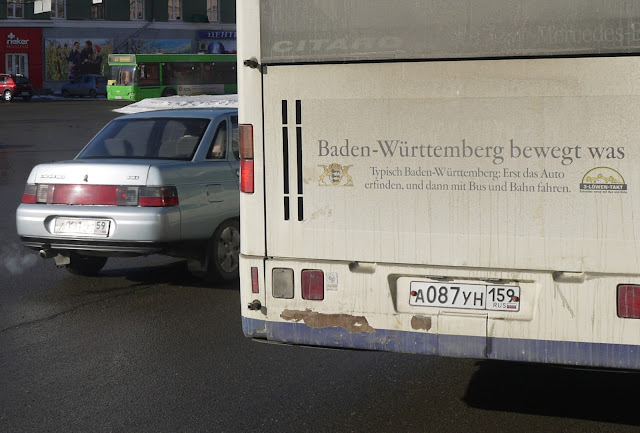 Know what is typical for Baden-Württemberg? First they invent the car, and then they use public transport.

I liked Perm. Somehow, the city was a cosy mix of an old Russian merchant town, and Soviet architecture. 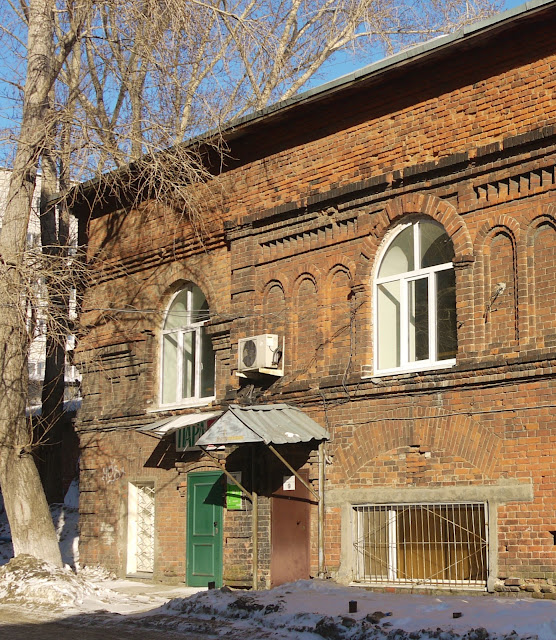 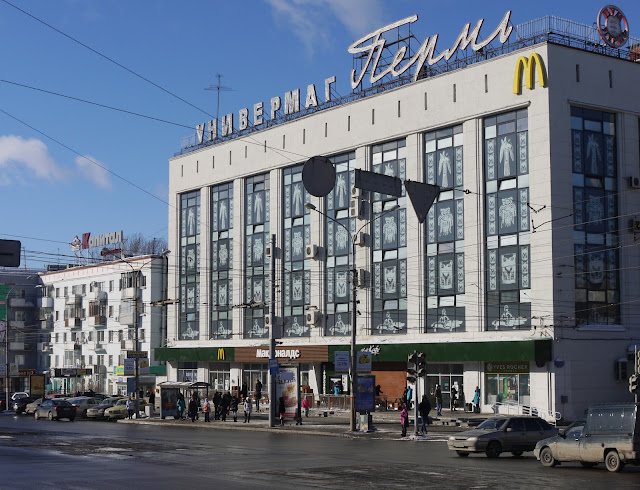 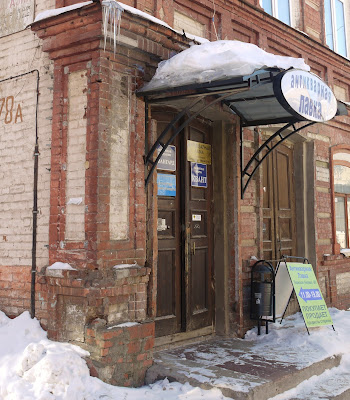 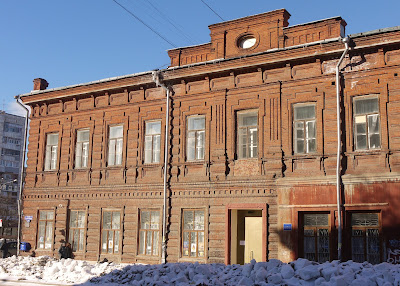 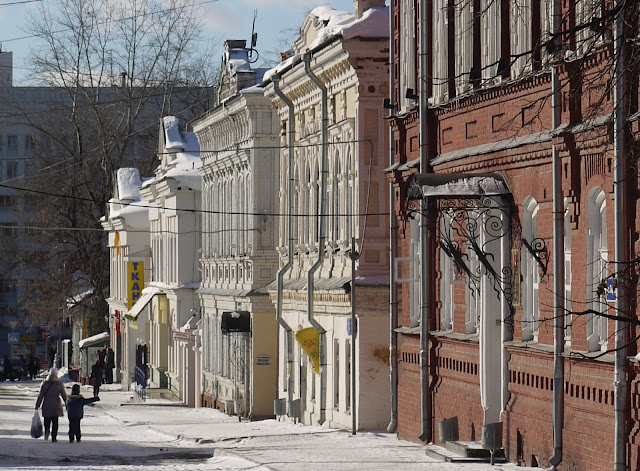 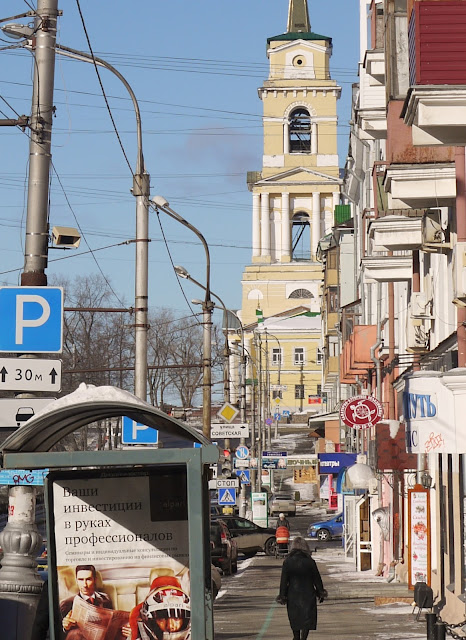 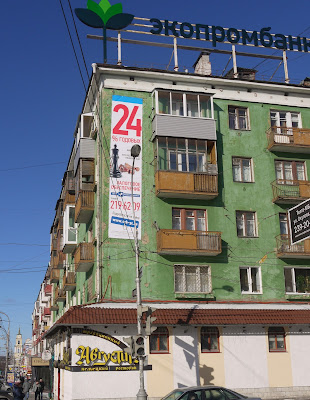 On a square, a group that was calling itself "National Anarchists" was protesting against conscription, closely watched by the police. 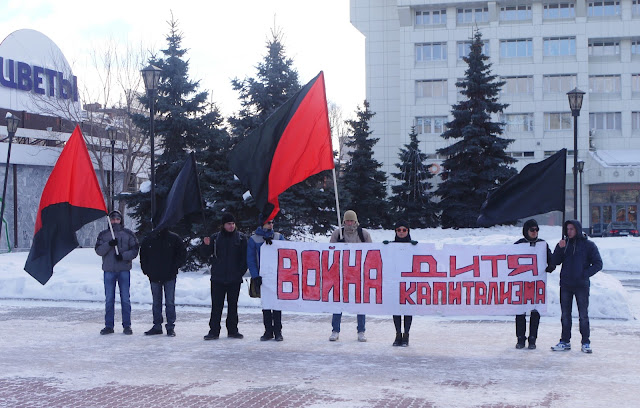 Perm is also a city of poets. Every now and then on a street corner, you could see some poetry, written on a wall: 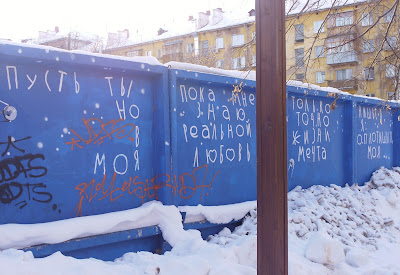 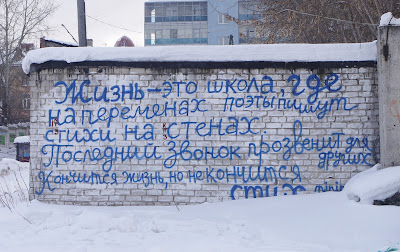 In the evening, I met a couple of railway workers that were staying at the same hostel as I did. One of them was a former member of Russia's special forces (Spetsnaz), a veteran of the first Chechen war. He wanted to offer me his pistol (a Tokarev TT from 1948), but as you can see from the picture, I was not fully at ease with the gun in my hands (I'm not such a big fan of guns, especially if they seem to be able to work). 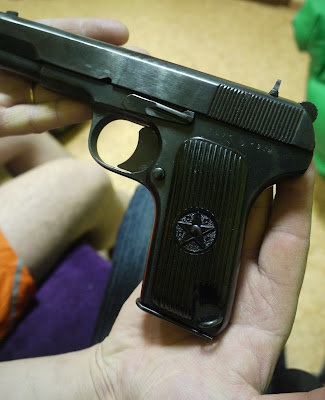 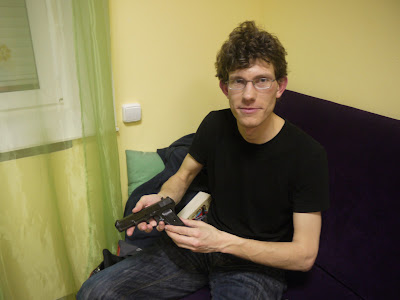 The next morning after breakfast, I met another railway worker, Sergei. He was a friendly fellow, and we went for a long walk through the city. 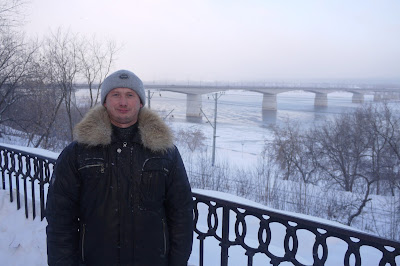 From the bridge over the river Kama, we had a look at the town. Surprisingly, the river was not fully frozen, although temperatures were around -20 C, and there was an icy wind. Probably Perm has a particulary capable chemical industry. 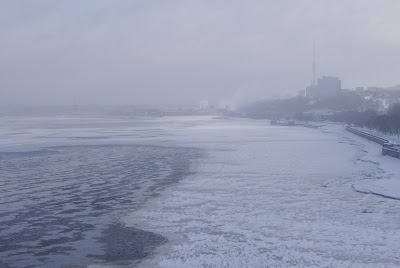 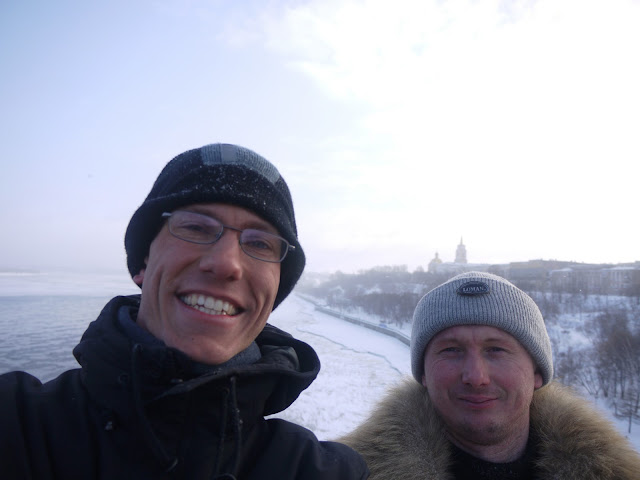 Walking along, we came across frozen factories, a monastery, and Perm's old railway station (Perm I). 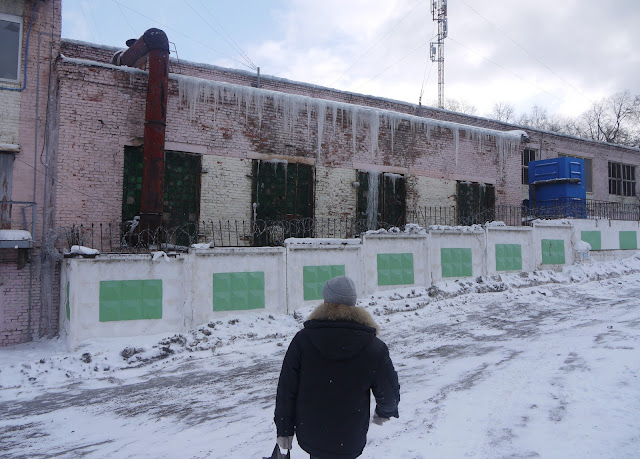 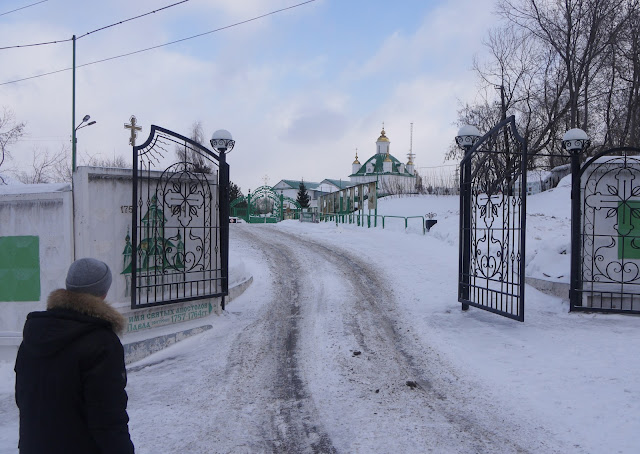 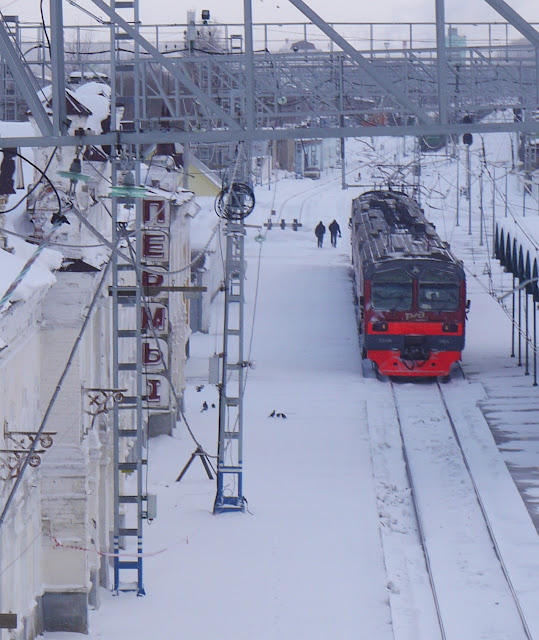 Then a powerful snowstorm started. Soon, the whole city disappeared in a white whirlwind. 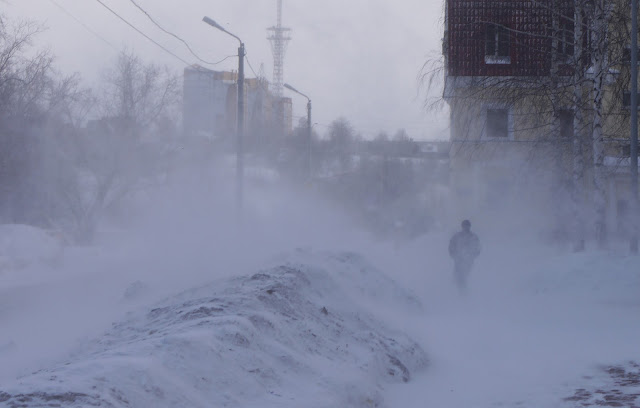 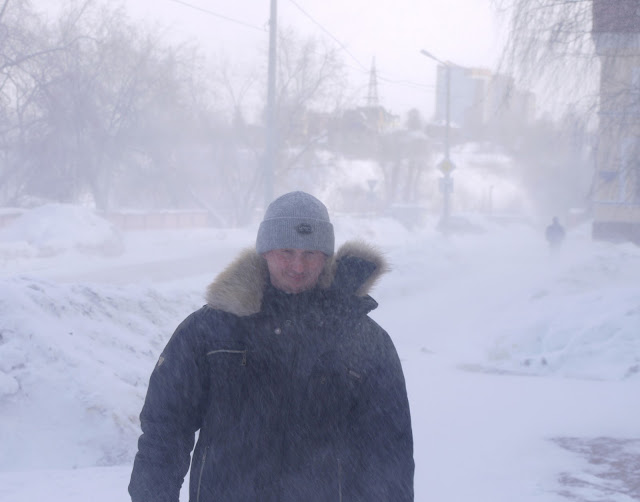 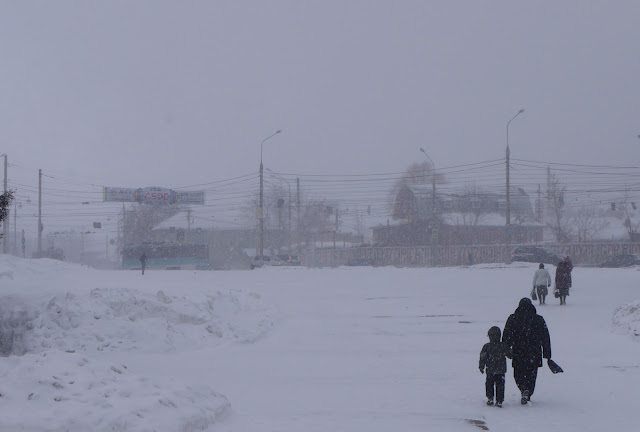 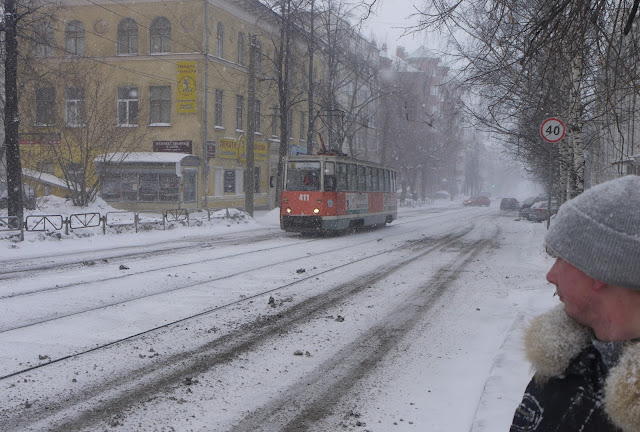 Later on, when I was on my way back to the railway station to catch my train, the sun was shining again. It had been a nice day. 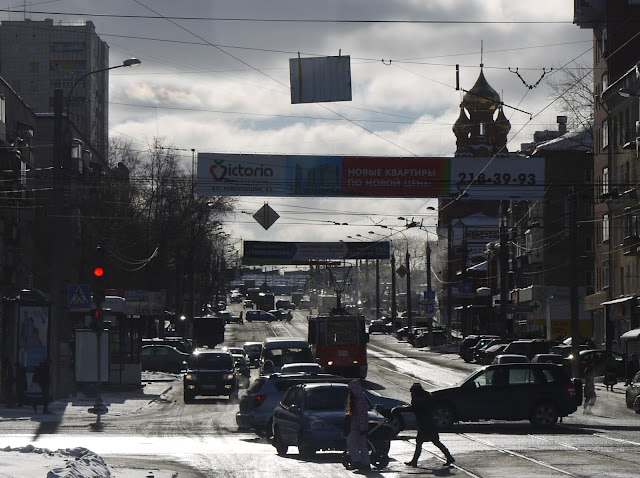 Posted by Michael Rochlitz at 06:49