One of the best novels I've read these days is James Clavell's Noble House, part of Clavell's mighty Asian Saga. A sequel to Tai Pan, the book describes the turmoils of a Hong Kong company during a week in 1963.

If you take the challenge, you'll get a massive adventure trip, plunging right into an amazingly complex world of Chinese business, old intrigues, pirates, opium, Soviet spies and British intelligence. Clavell is a master in depicting Chinese business culture, tensions between East and West, epic tragedies, love, life and fate, while never letting down the tension.

"As Hong Kong itself becomes the deadly playground of the CIA, the KGB and the People's Republic of China, rival tai-pans, seeking revenge for blood feuds over a century old, gather for the kill..."

While the book is epic, the 1988 TV series (with Pierce Brosnan as Ian Dunross) is no less brilliant: 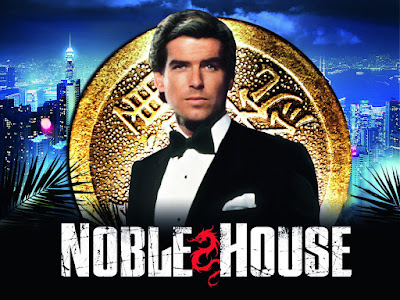 Posted by Michael Rochlitz at 14:13