Last Monday, I had a look at the world's largest asbestos (chrysotile) mine. The open-pit mine is situated in the city of Asbest, about 85 km to the north-east of Yekaterinburg. 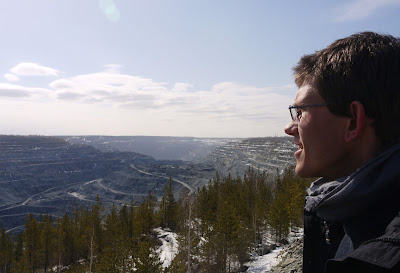 Coming by bus from Yekaterinburg, the traveller is greeted by a number of big signs along the road: 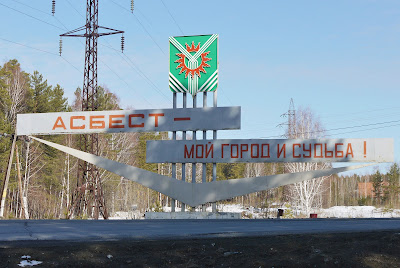 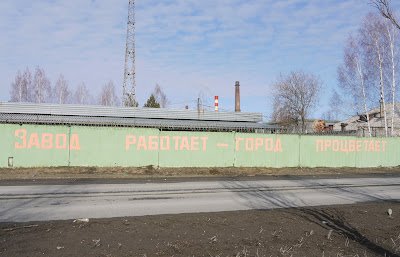 "The factory works - the town is thriving" 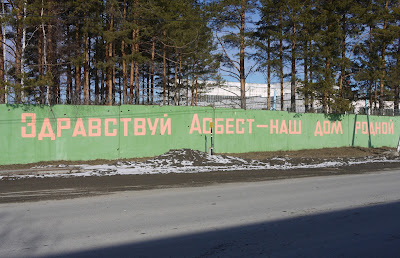 As it was one of the first sunny spring days of the year, schoolchildren were out for an excursion, and people enjoyed shopping at the market. 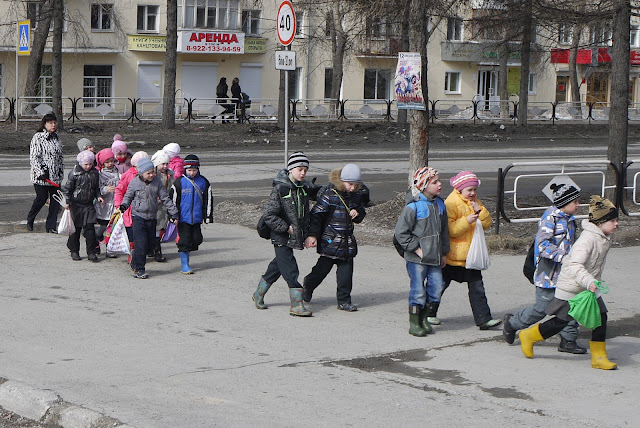 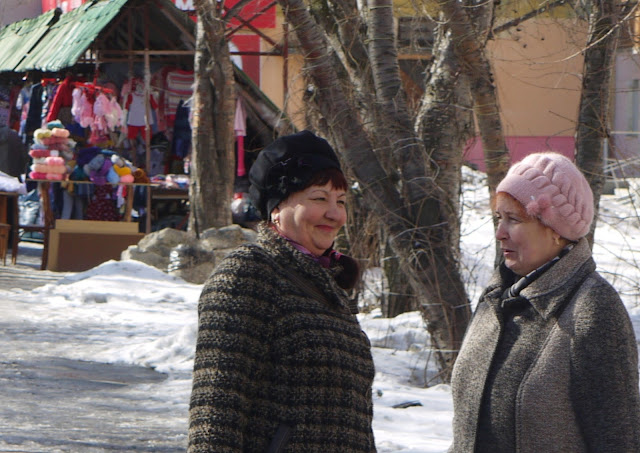 As in any decent town in Russia, the main street in Asbest is called Prospekt Lenina: 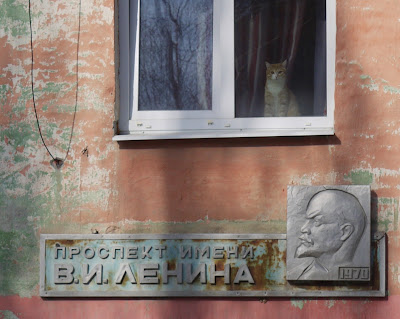 Along the way to the mine, tubes on high piles boarded the street. I shared a snack with the small dog you can see standing next to the car, about 100 meters further up the road. 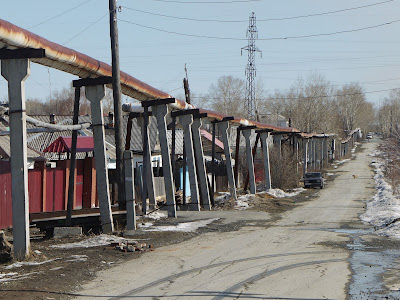 After crossing some empty fields and railway-tracks that looked like a lunar landscape out of some post-apocalyptic movie, finally there is was: the mine! 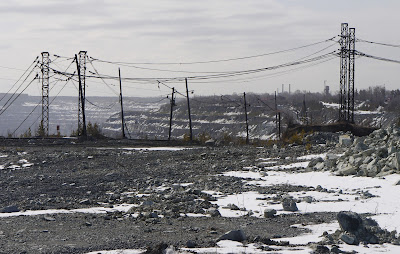 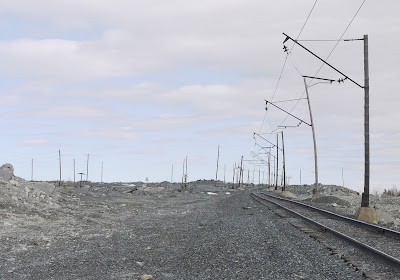 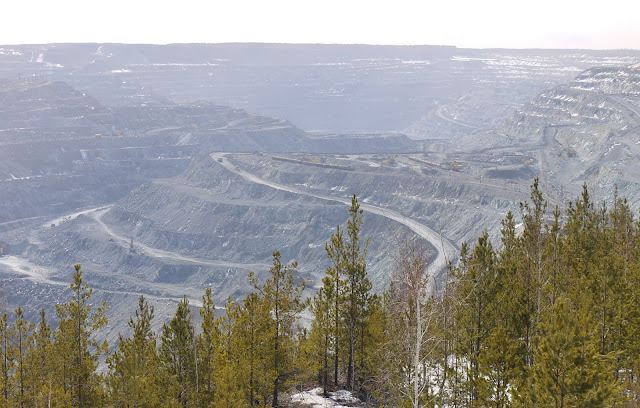 The pit's size was quite impressive. I climbed down through some pine forests along the fringe, to get a better view at the excavators and trains in use to get the stuff out of the pit. 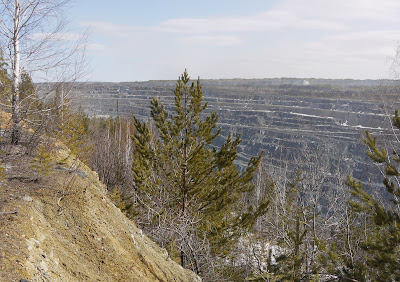 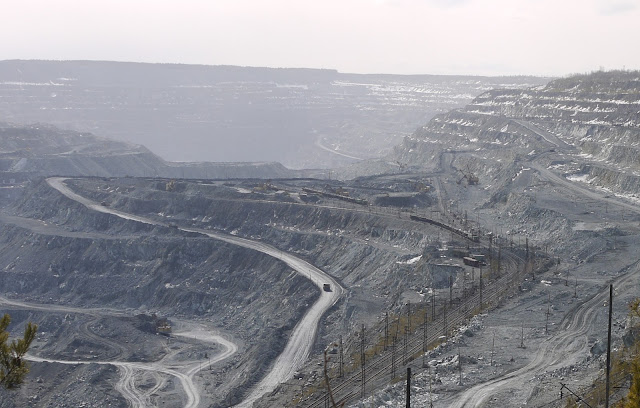 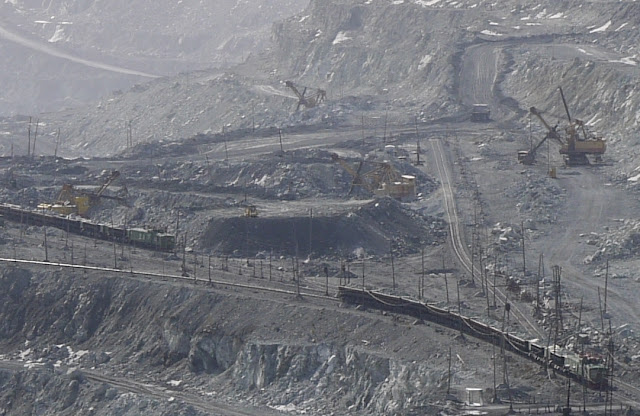 On both sides of the pit, heavily loaded trains were going back and forth, while huge excavators were noisily digging into the rock. 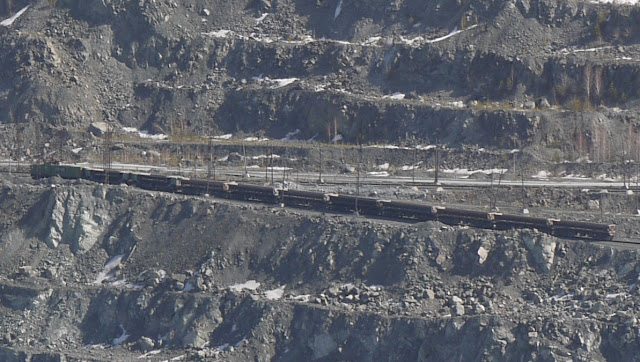 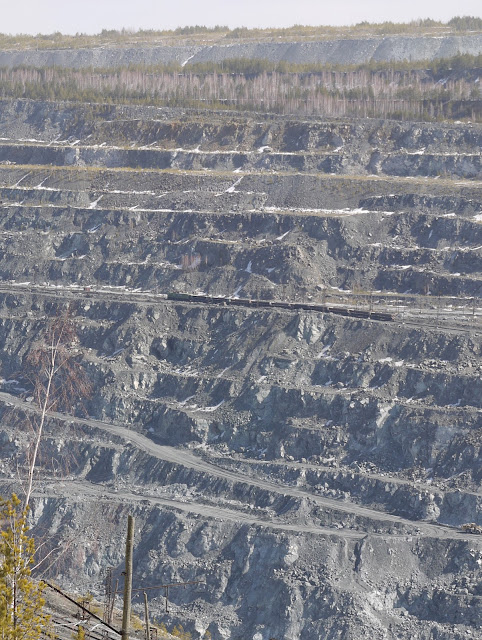 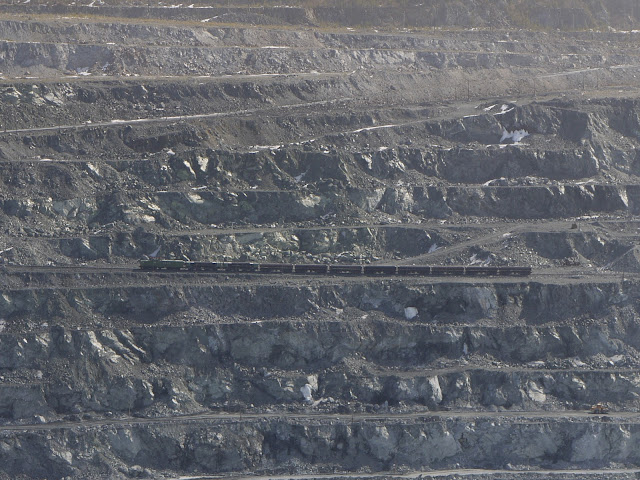 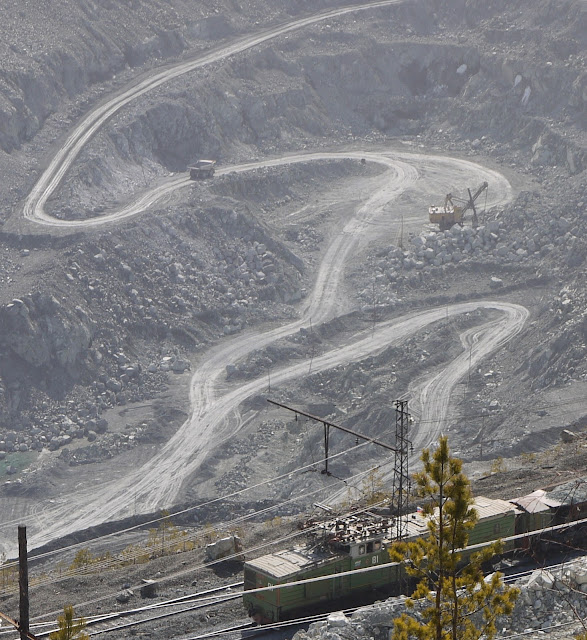 From the slow speed at which the trains were moving, one could get an idea about how heavily they must be charged. 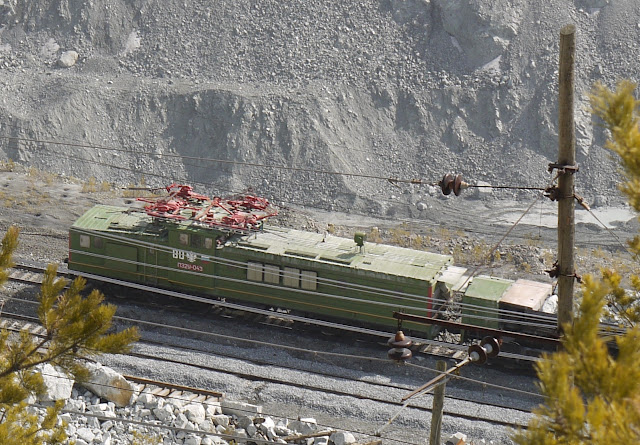 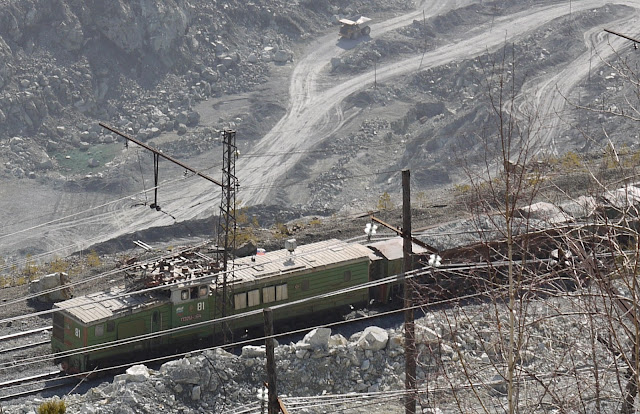 On my way back to the bus station, I was wondering about how different certain things are seen in different countries. In my home country Germany, a mere allusion to the word "asbestos" would cause public panic and despair, as chrysotile is seen as a dangerous carcinogenic.

Here in the Ural mountains, people still seem to have a more relaxed attitude.

Back on Prospekt Lenina, I found another wall poster (Uralasbest is the company exploiting the mine): 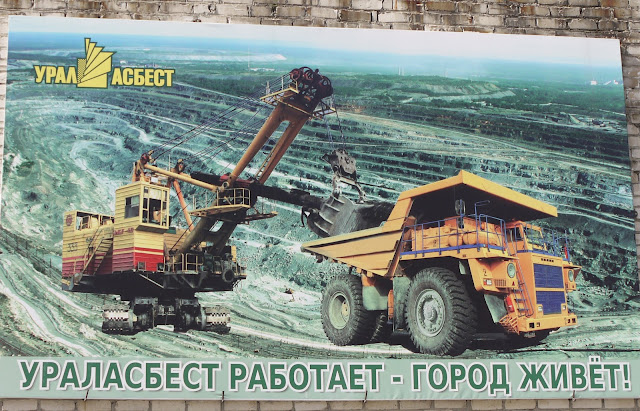 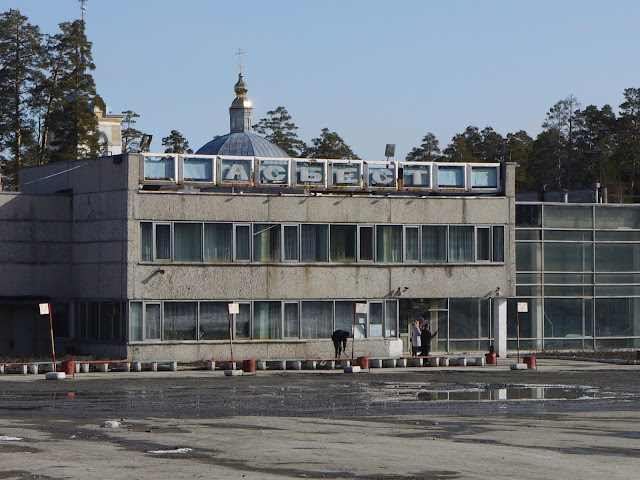 Posted by Michael Rochlitz at 07:25