The other day, I went for a walk to the industrial sites in the north of Yekaterinburg. The snow had just started melting, so the roads were quite muddy. 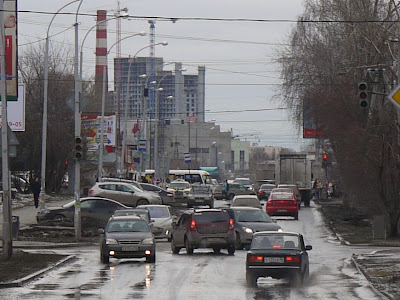 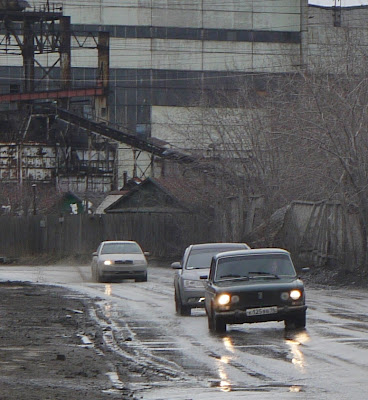 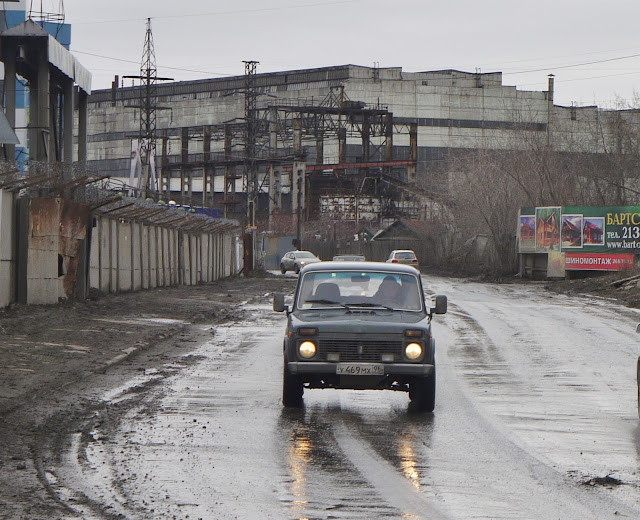 In such cases, it's good to have a solid car, such as the Lada Niva (below and above). Walking along, I thought by myself that if I ever buy a car in Russia, it will either be a Niva, or an UAZ Hunter (beautiful design, simple, solid, reliable and Soviet). 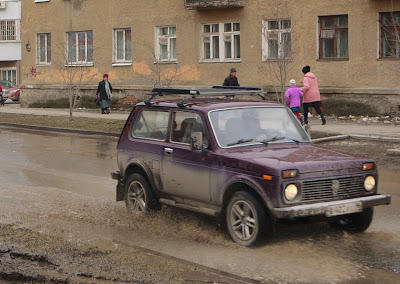 Just afterwards, I passed by a car dealer that was actually selling UAZ hunters. So of course I went in and had a look. I was told that a basic version of the Hunter can be had for 400 000 roubles (about 10 000 Euros):

Another classic Russian vehicle is of course the Kamaz truck. A beautiful one was standing just outside the car dealer's shop: 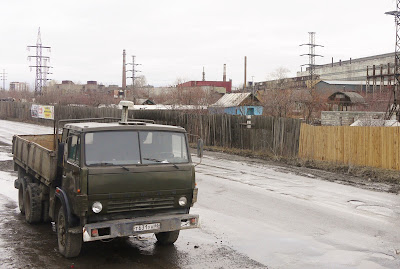 Later on, I came to a part of town I hadn't been to before. It was about 6.30 pm, and traffic was dense. People were probably just coming home from work (note the Kamaz truck on the right). 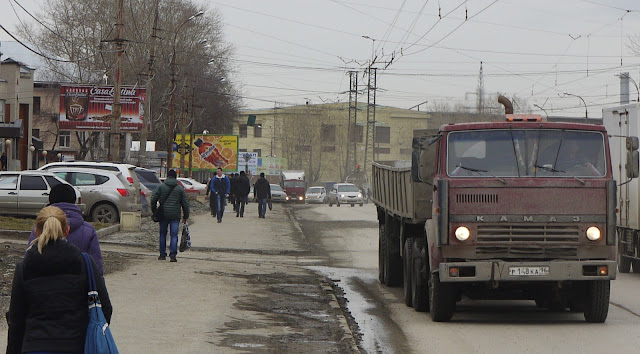 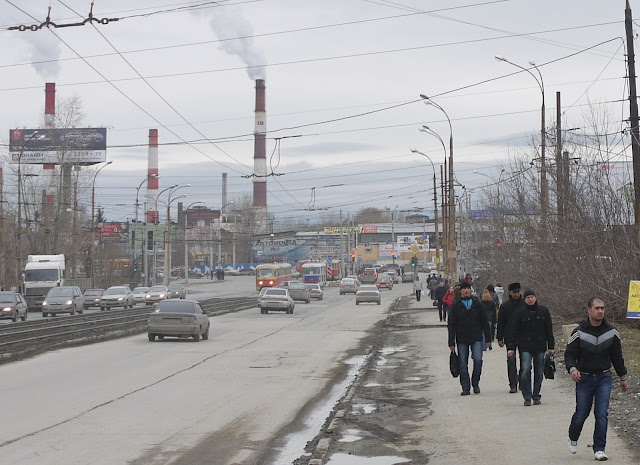 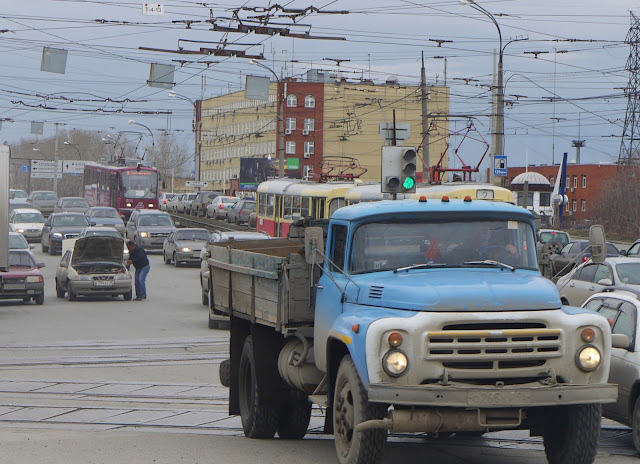 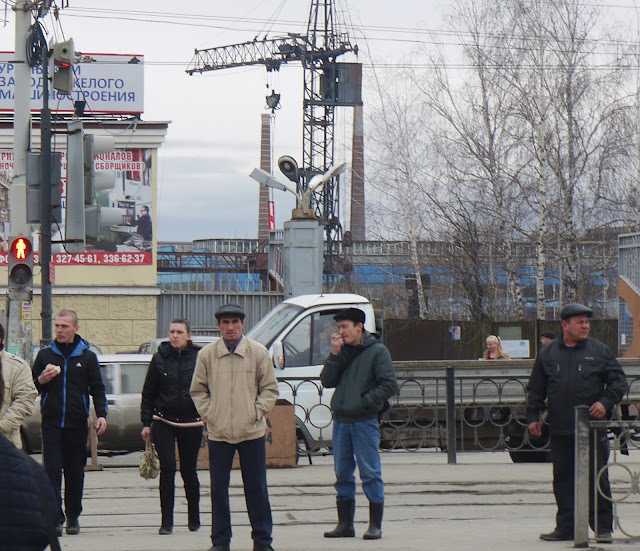 A bit further on, some people enjoyed sitting outside, as it was one of the first days since early November with temperatures above 0. The babushki also looked less frozen than usual. 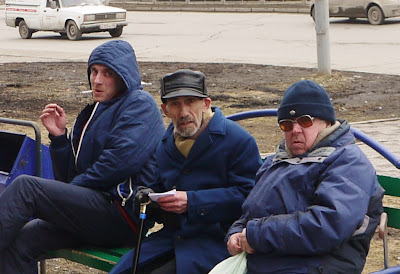 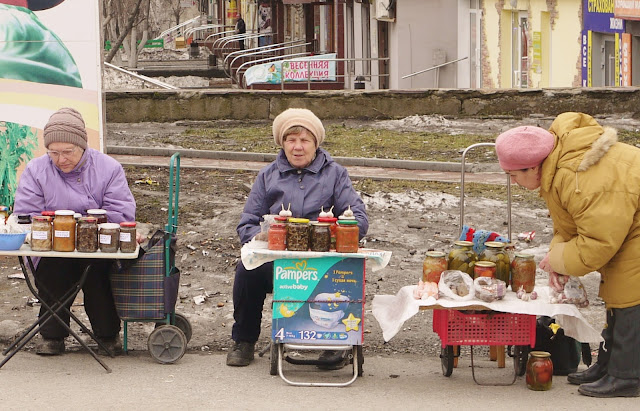 On the way back, I went along the railway lines, as they were less muddy than the streets. 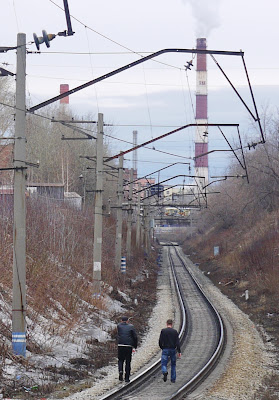 Near our street, I came across an interesting coal loading site, but it was already too dark to take pictures. So I went home and came back there this morning. From a bridge over the railway, one could see a crane loading coal onto a train. A number of huge tubes were also stored nearby. 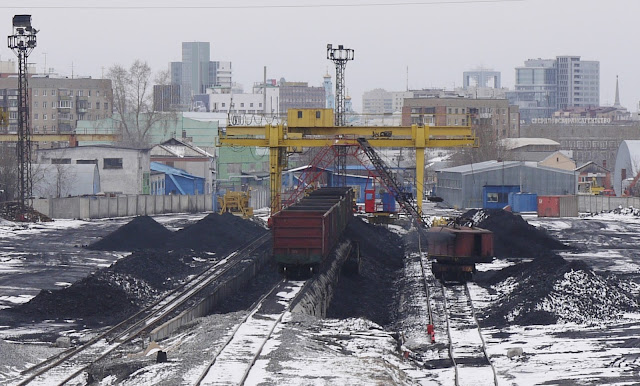 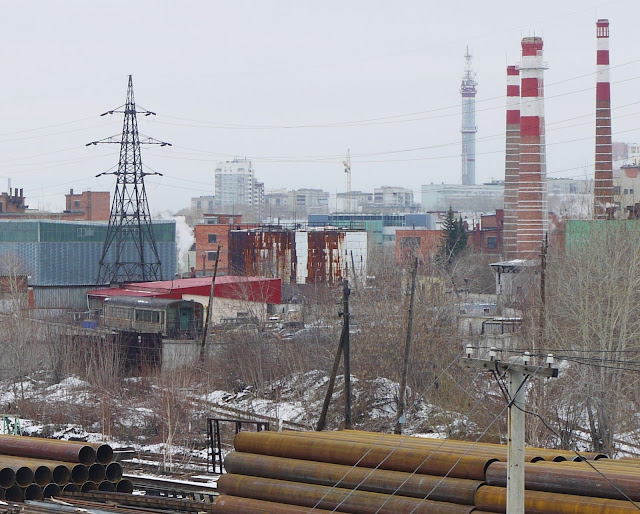 I went down to have a closer look, and spent some time watching the crane driver doing his work. 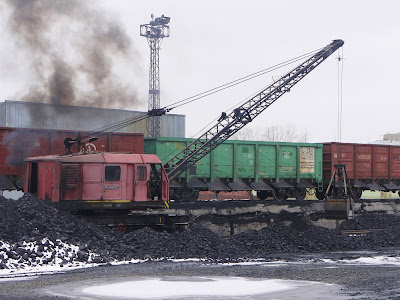 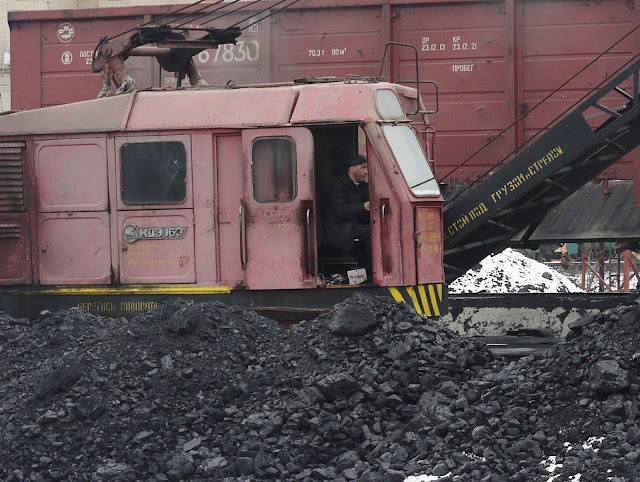 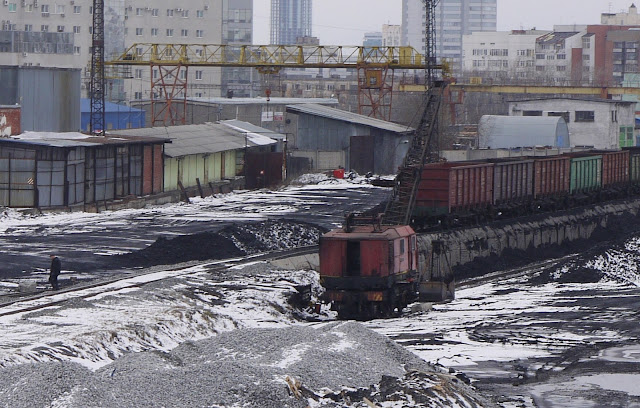 Then I continued walking along the railway tracks. 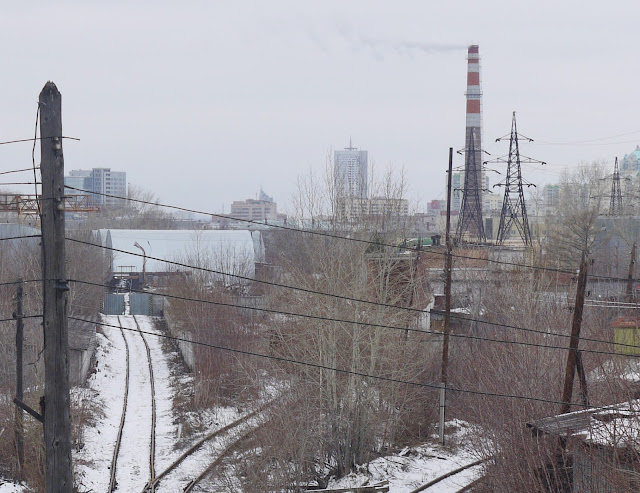 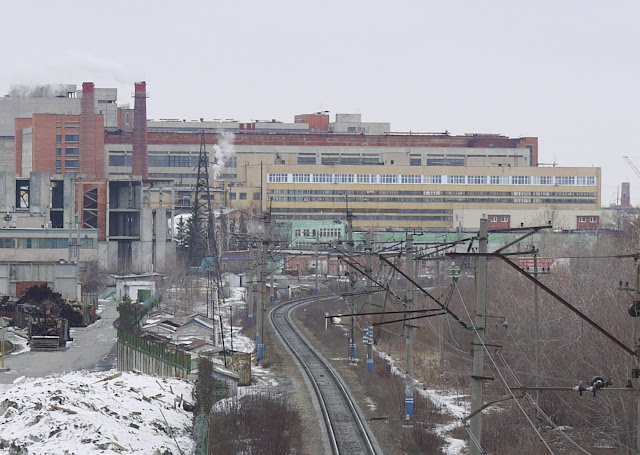 On a street corner, a small booth sold fruit that looked nice and fresh, bringing some colour into the industrial greyness. 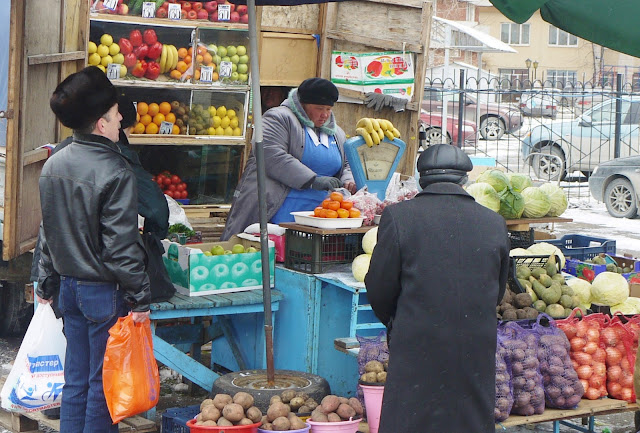 I also found some interesting grafitti: 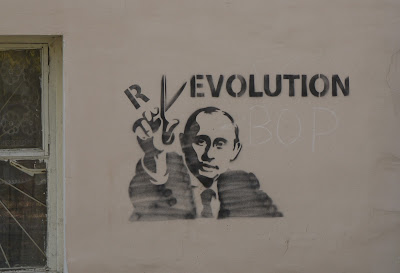 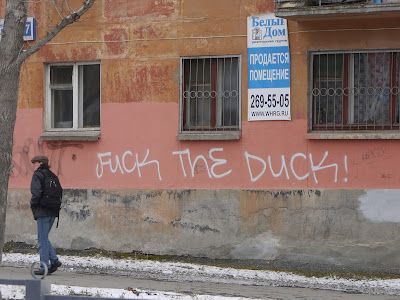 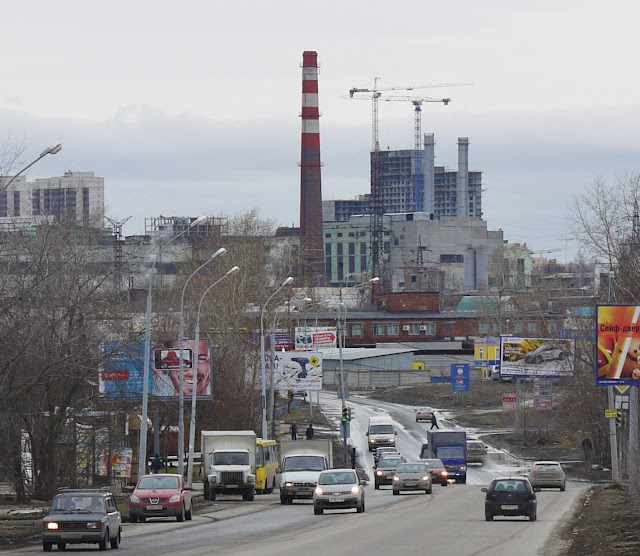 Posted by Michael Rochlitz at 12:28